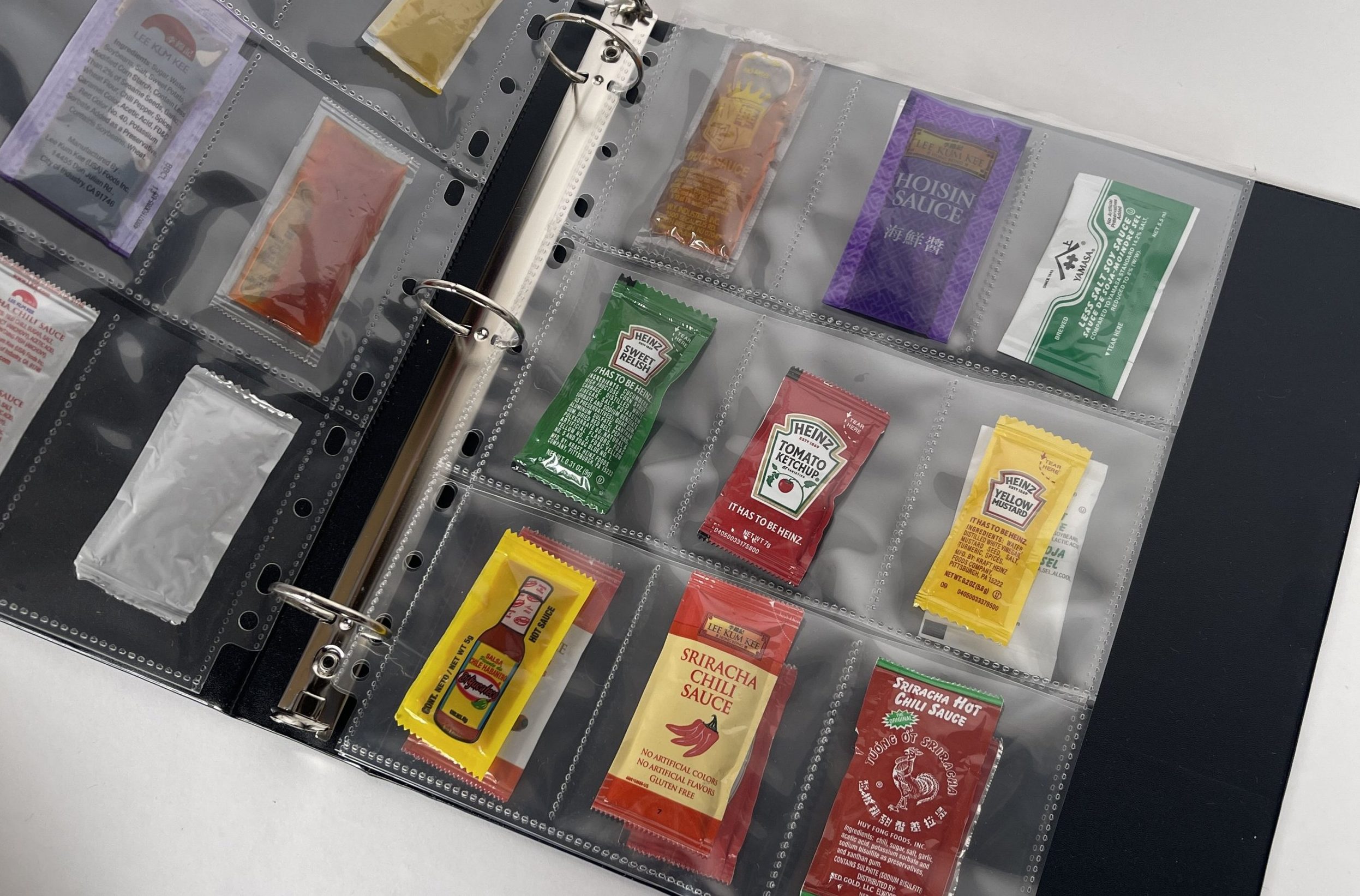 But in that video she’s not making objectionable statements or pulling cruel pranks – she’s just organising her fridge.

The TikTok, which has now been viewed more than 10 million times, showed Nicole rearranging her refrigerator with extreme precision – even slotting sandwich ingredients such as meats, cheeses, breads, and condiments inside labelled ring binders.

Despite ‘horrified’ social media users describing the culinary set-up as ‘a bad acid trip’, Nicole was keen to point out that it was merely for show, and didn’t reflect her fridge in ‘real life’.

The 28-year-old made the video of what was dubbed a ‘serial killer’ fridge as part of an art project.

‘One night before I was going to sleep, I suddenly had the thought “what if the refrigerator was like a library and it was so organised?”

‘I know some people already organise the food in their fridge into labelled containers so I thought it’d be funny if I took it to the next level, and have it be super organised by whatever the type of food was.’

The designer already had the binder sleeves from a previous work, and collected the sauce packets (which she filed in baseball card holders) during Covid when she was having more food delivered.

Nicole was on holiday with her parents when she filmed the video in their beach-house’s kitchen, saying the light there was better than in her apartment.

‘I brought all the stuff with me,’ she said. ‘[My mum and dad] thought I was insane, but my parents get what I do at this point.

The reactions she got after uploading the TikTok were strong, and it was described as ‘like a bad acid trip’ by one commenter.

‘Gives me serial killer vibes,’ said another, while one person wrote: ‘I feel like sociopaths do this, like what is this?’

It wasn’t all bad, though, as a few people got the point she was trying to make, with one commenter saying: ‘Now this is art. I see it as a representation of diet culture and those who calorie count.’

Nicole hasn’t been fazed by negative comments, and has been able to find humour in how many people took the stunt so seriously.

She said: ‘You assume most people will take it as a joke about a crazy scenario where you would organise your fridge in that type of way.

‘Some commenters took it really seriously, and I think it’s really funny that happened. I had some people commenting “this is some psychotic organisation”.

‘I don’t take any of the comments to heart. It’s funny because I’m not really that organised, I’m not that way at all. My studio is usually crazy, but it’s funny to take things to an extreme level to see people’s reactions.’

Despite Nicole not planning on living the ‘fridge library’ organised lifestyle any time soon, she does say the binders made an interesting and effective storage method for some things like cheese slices.

She also understands why people do find that level of organisation so unsettling, and doesn’t expect it to catch on.

‘I think the fridge is probably a step too far. We could use some sort of version of this that isn’t so extreme.

‘Some type of vessel for cheeses to keep them fresh would be a great thing, but I can’t see anybody literally making a library in their fridge.’