Home » Lifestyle » Woman, 33, reveals she keeps a nine-month-old PUMA as a pet

Dogs may be man’s best friend, but this brave pet owner has chosen to adopt a dangerous predator as her new companion.

Natalia Korotova, 33, from Perm Krai in Russia, is the proud owner of London, a nine-month-old puma.

Footage captured by Natalia shows the big cat behaving almost like a dog around the house and in the car.

Despite being not much old than a kitten, London is already incredibly large and a big presence in her home – though it was scared of her tiny Pomeranian when it first moved in. 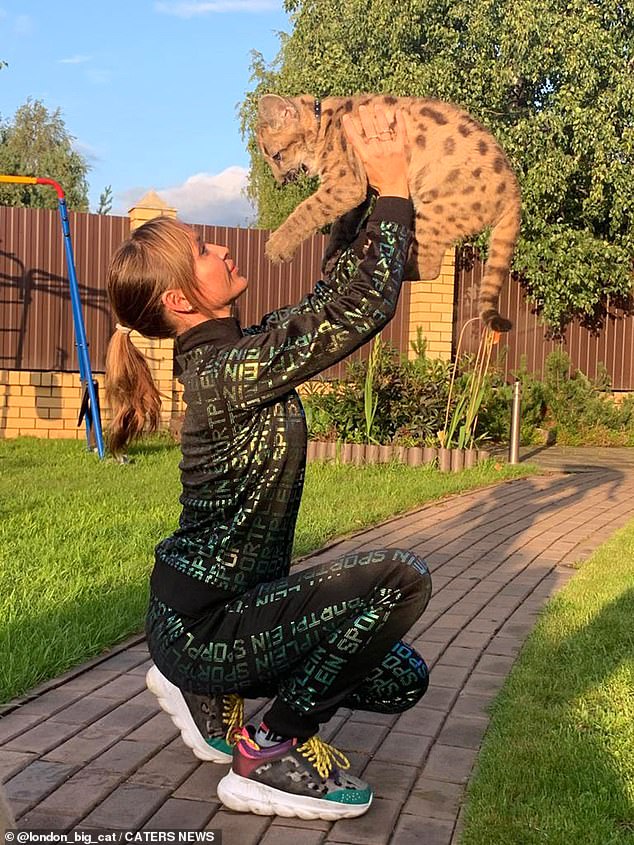 Natalia Korotova, 33, from Perm Krai in Russia, is the proud owner of London, a nine-month-old puma

Natalia said: ‘A strong wish to have a big cat came to me a couple of years ago, but we lived then in a flat and I understood it would be a great problem, as a big animal requires a lot of space and its own territory outside.

‘So while our house was refurbished I had a lot of time to make a choice.’

Natalia also has three-year-old Pomeranian Bro – but when it comes to him sharing the house with a puma, thankfully they are good friends. 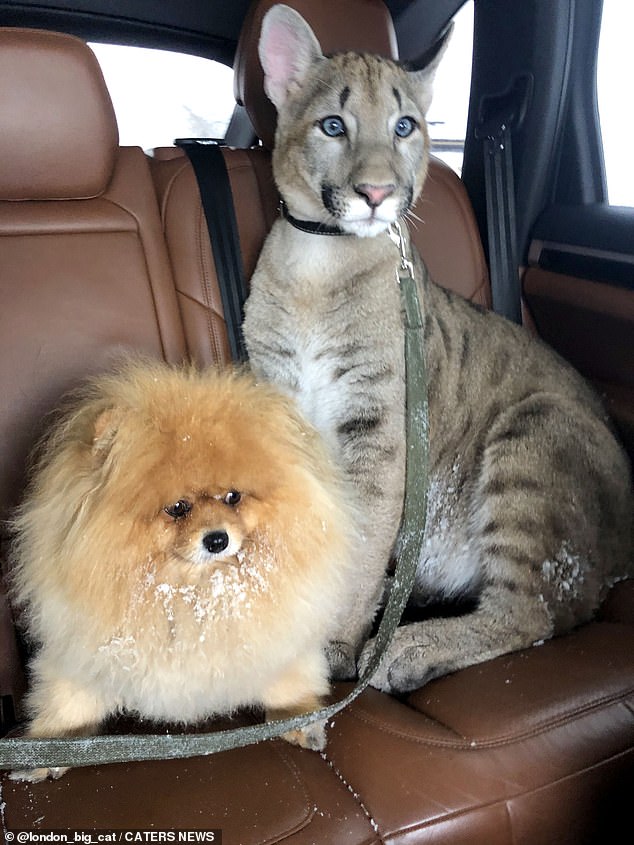 Natalia also has a three-year-old dog called Bro – but when it comes to him sharing the house with a puma, thankfully they are good friends 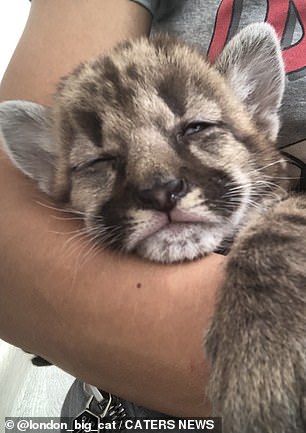 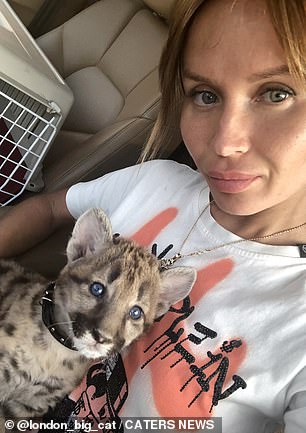 When she first got London, Natalia told how he was relatively small – but he has since grown much bigger 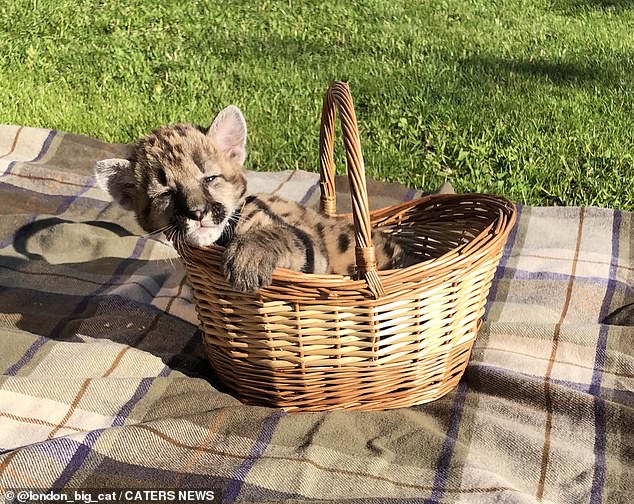 London, pictured as a cub, has since outgrown this wicker basket and is now a dominant presence in the home 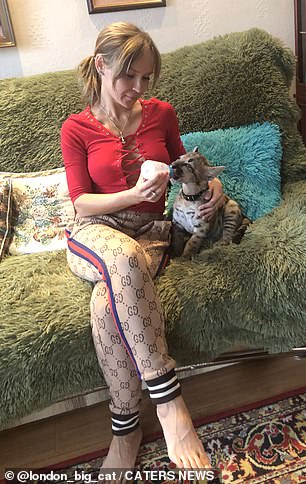 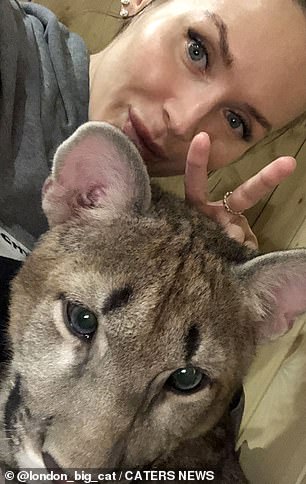 Natalia with London, pictured left giving him a drink of milk from a bottle and right posing for a selfie

‘We even had to separate them first days as the dog was very insisting with his love, and London got frightened (sic).

‘They made friends pretty fast and started to do everything together, even ate from the one plate, but London was growing really fast and from a small kitten he turned to a huge cat.

‘Now we often have to separate them again. London is not aggressive at all – he just wants to play, but looks like he is too big for Bro now.’ 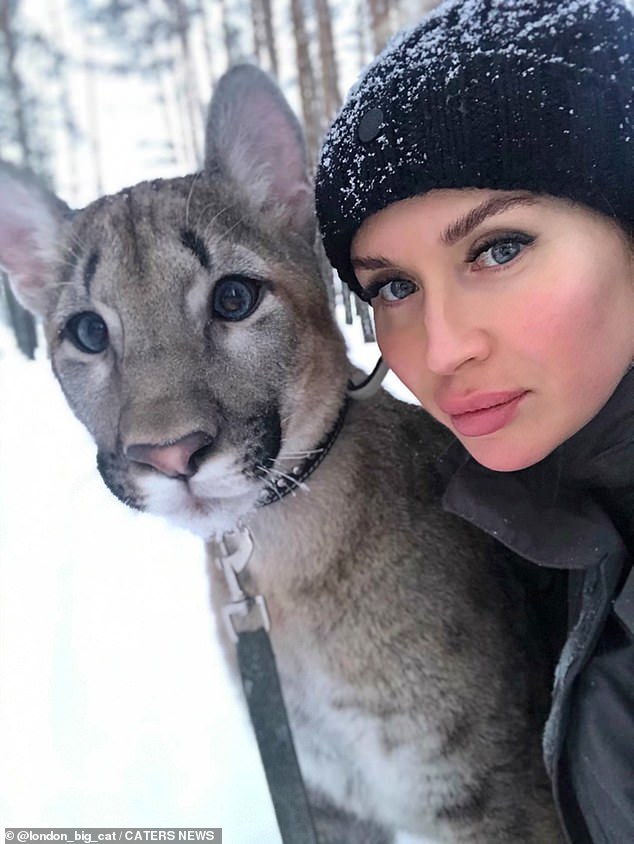 Natalia said London is not aggressive and just wants to play. Pictured together in the snow in Russia 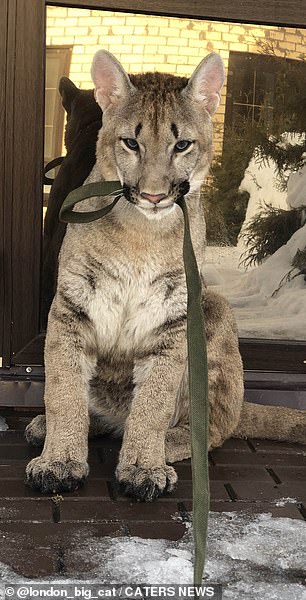 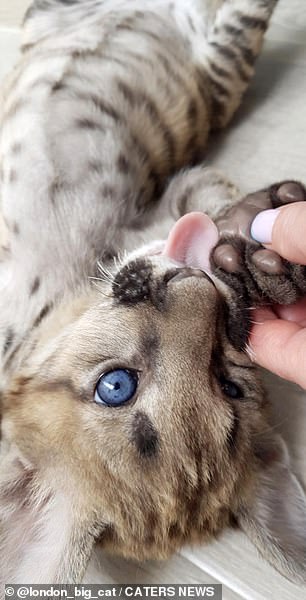 London, pictured left chewing his lead while out on a walk and right showing his owner some affection as a younger cat 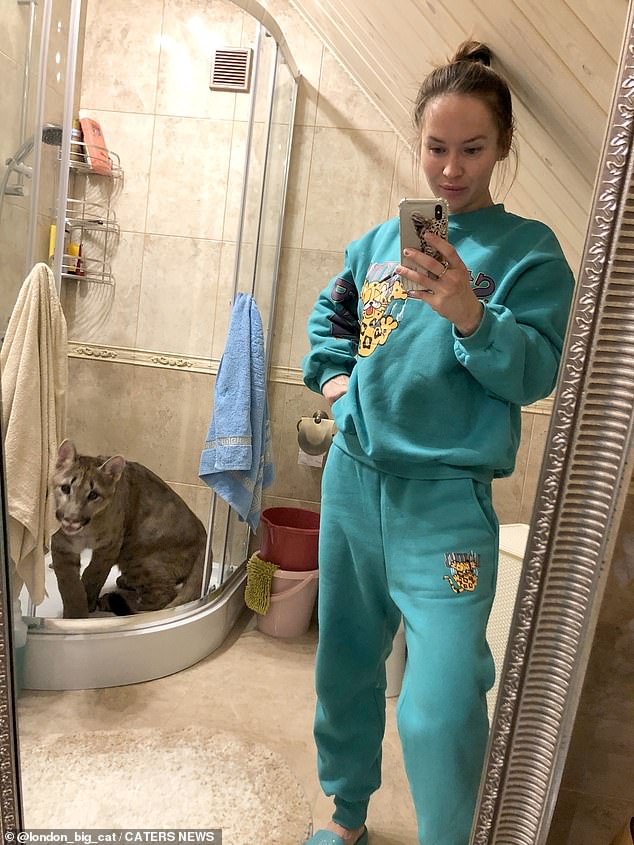 In video footage shared by Natalia on her Instagram page @london_big_cat, the puma can be seen rolling around with Bro on the lawn, playfully mauling at the furry pup.

Another amusing clip shows London chasing and pawing at a mop as Natalia tries to clean her floor.

And one moment shows Natalia puckering up to plant a kiss on London’s head – though the puma seems distracted by what’s going on around them. 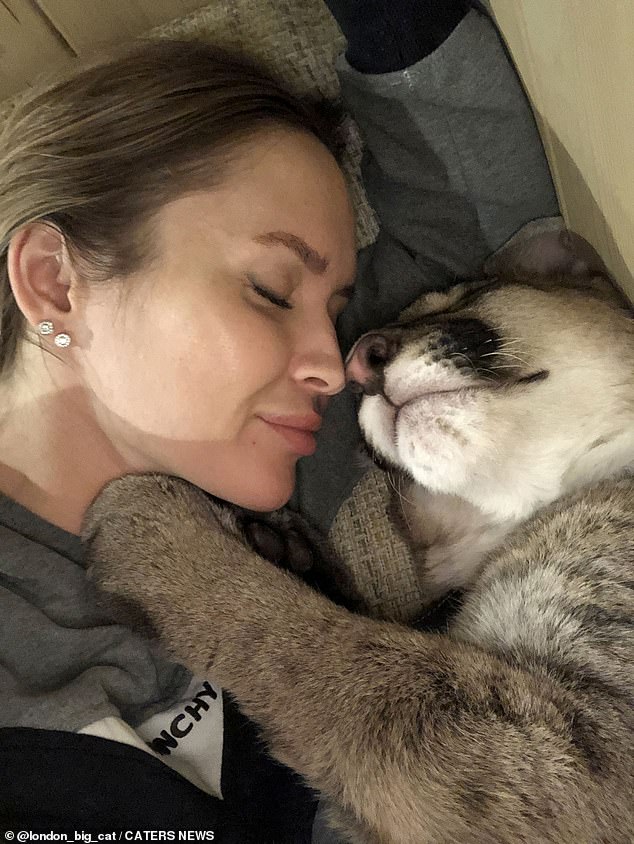 Paws for a cuddle: Natalia admitted London grew really fast and from a small kitten he turned into to a huge cat

London demonstrates his feline natural instincts in another video, which shows him sharpening his claws on a tree and tearing a loo roll to shreds.

He’s also large enough to comfortably eat his dinner from a bowl on the countertop, rather than on the floor.

But despite his intimidating size, he still curls up in bed at night with his best pal Bro.