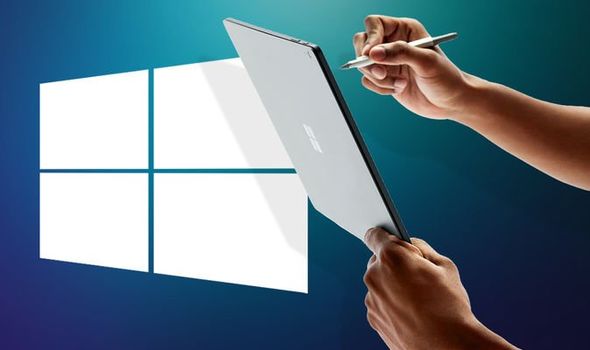 Thankfully, that’s one of the issues addressed in the next update coming to Windows 10. Microsoft will leverage its Windows Search technology, which already appears in the search box found in the taskbar that runs along the bottom of the screen, to ensure you get better results within the File Explorer window. Not only should it improve the results, but it’s also able to search as you type – so you’ll see a stream of results start to load-up as soon as you strike the first letter on your keyboard.

These auto-suggestions mean that commonly searched files or folders should appear much faster – and you won’t have to waste your time entering the full name of the document, photo or video file you’re hunting for. As it stands, searches in File Explorer need to be fully typed-out before you hit “Enter” and wait for the results.

In the redesigned File Explorer, you’ll be able to scroll down the list of auto-generated suggestions after typing a single letter and left-click to immediately open the file. If this all works as planned when it lands on PCs worldwide in the coming months, it could be the most convenient way to load-up a file – faster than clicking around your directory of folders to find the right entry. Right-clicking a result in the list of results will take you to its location.

Of course, you can still complete the full query and tap “Enter” to search – just like the current iteration of File Explorer requires you to do – if you’d like to.

READ MORE
If you use Gmail, there’s one file you should always be wary of 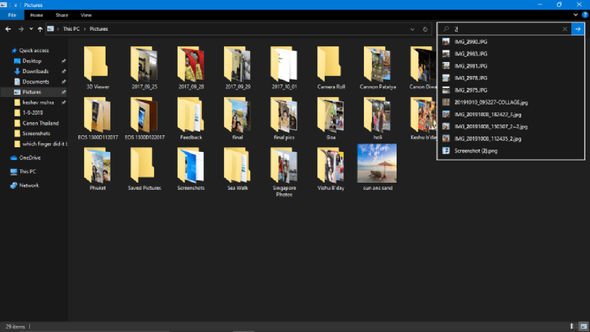 Elsewhere, Microsoft is also bringing support to search for files stored on OneDrive through the File Explorer search too. That means files you’ve worked on remotely, or shared from another account, can all be found with the same, slick new search system.

Given Microsoft’s emphasis on its cloud-based storage option OneDrive in its Office applications, it’s baffling that it’s taken so long for the company to bring this search functionality to its operating system.

And finally, Microsoft has redesigned File Explorer so it works better with devices fitted with a touchscreen, like its own Surface line of two-in-one hybrids. Despite designing Windows 10 to work across a huge range of devices, from traditional desktop set-ups with a mouse and keyboard, to touchscreens and combinations of the two – the design of File Explorer hasn’t changed to accommodate these new inputs.

Instead, the icons you need to touch to interact in File Explorer are much smaller than you’ll find in apps which have been reimagined to work with touch devices, like Microsoft Word, which was rebuilt to work on as well on tablets as it does with a mouse. However, that all changes with the next feature-packed update to Windows 10.

According to beta code spotted by Microsoft-focused blog WinCentral, tapping in the search box in the new File Explorer will summon a touch-friendly interface that’s much easier to use with your fingertips. It’s designed to enable Surface users to search with a few taps of their fingers, rather than having to revert to the trackpad to use the File Explorer.

For those who do most of their work on a two-in-one, this new update cannot come soon enough.

These changes will most likely appear in Windows 10 20H1. For those who don’t know, Microsoft typically rolls out two major updates to its operating system each year – one within the first six months, and the second towards the tail-end of the year. The redesign of File Explorer is set to be in the former, reports claim.

As always, this can always change – Express.co.uk will keep you in the loop with the development ahead of the new update.