Home » Lifestyle » Why you should book a trip to Kaliningrad, Russia, the top emerging destination for travelers in the entire world right now

Kaliningrad, Russia has been named the world's top emerging destination for 2020 as part of Tripadvisor's Travelers' Choice Awards.

Tripadvisor defines an "emerging destination" as a place which is being bookmarked by the site's users, and it uses this information to track tourism trends and and stay ahead of the curve.

Formerly the Prussian city and region of Königsberg, Kaliningrad is now a Russian exclave after being annexed in the Second World War.

As a city, it bares the marks of its history alongside its present, but for travelers that's all part of the appeal. Even better, in October 2019 Russia granted free e-visas to nationals of 53 foreign states, making the country easier for tourists to spend their holidays in.

Kaliningrad has all the dreamy components of a city break — riverside cafés, shops selling knick-knacks, and plenty of sites to photograph — but its complicated past, interesting museums, and natural beauty make for a curious place to discover, and it could also be an antidote to the European cities suffering from overtourism.

Here's what it's like to visit — and why you should book a trip.

Kaliningrad sits on a tiny shard of land between Poland and Lithuania (along the Baltic coast), and has a fascinating mish-mash of German, Polish, Lithuanian, and Russian influences. 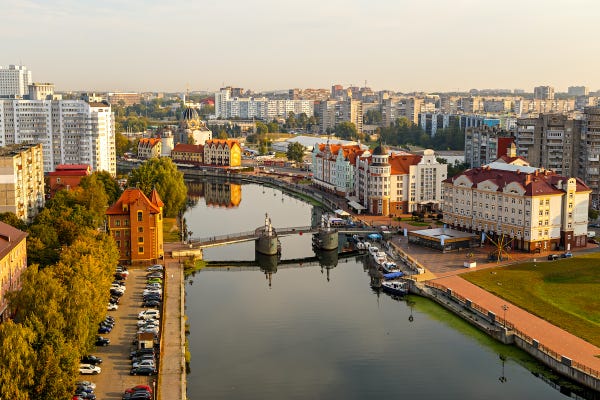 The Kaliningrad province is completely detached from the rest of Russia and is bordered by Poland and Lithuania.

The closest airport to visit Kaliningrad is Khrabrovo, 30 minutes away by car and 45 minutes if traveling by bus. 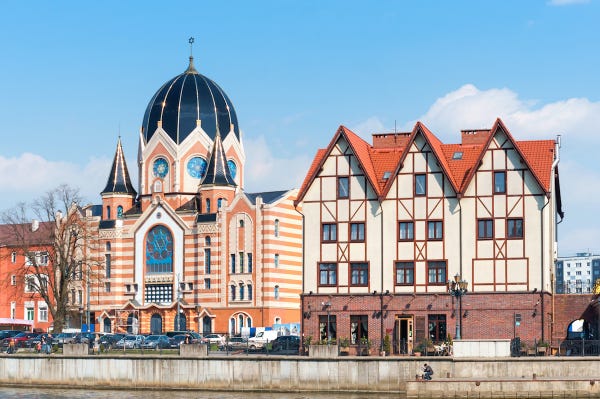 The city is quite small with population of around 450,000 people, so would feel less crowded than its mainstream European counterparts.

Most of Königsberg (its name before the city became Kaliningrad) was destroyed by bombing raids in the Second World War. However, Königsberg Cathedral, on Kant Island, is one of the surviving sites that still stands. 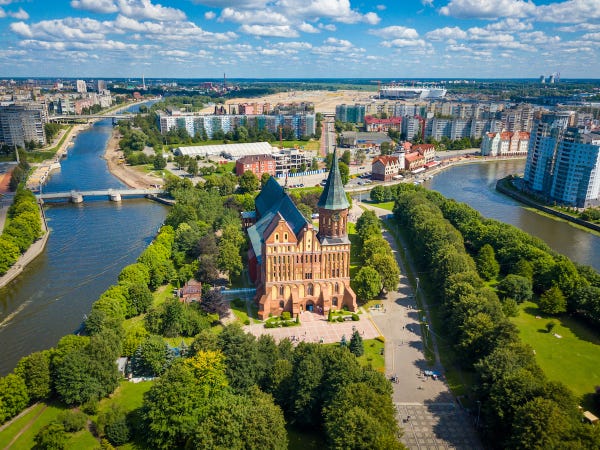 Inside the cathedral is the tomb of Prussian philosopher Immanuel Kant as well as exhibitions about his life and work.

Once you've taken in the cathedral, don't leave Kant Island before exploring the surrounding statue park. 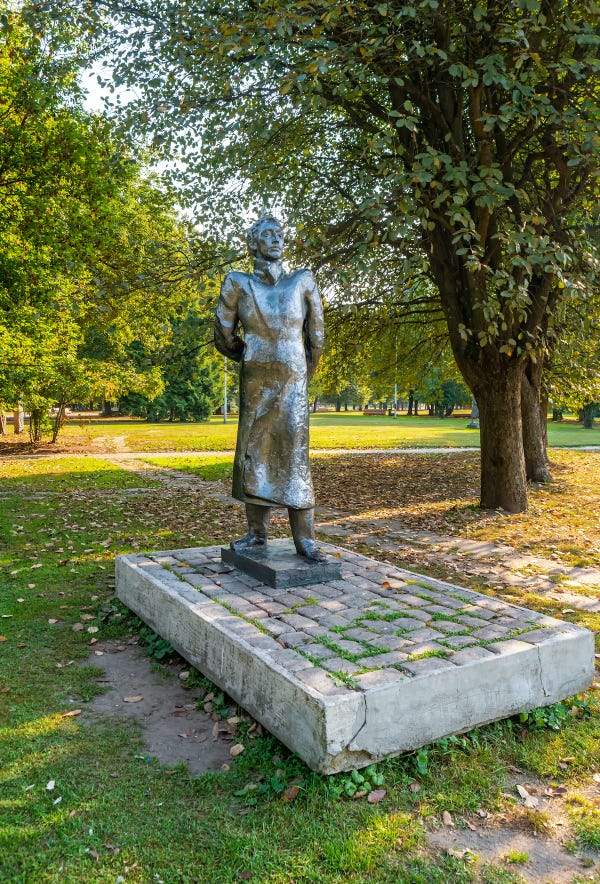 It's also a nice little spot of greenery and has pretty views of the Pregolya river.

You can also drop by Kaliningrad's Bunker Museum. As a former German shelter built in 1945, it gives an insight into the last battles of German and Soviet forces during Königsberg's final days. 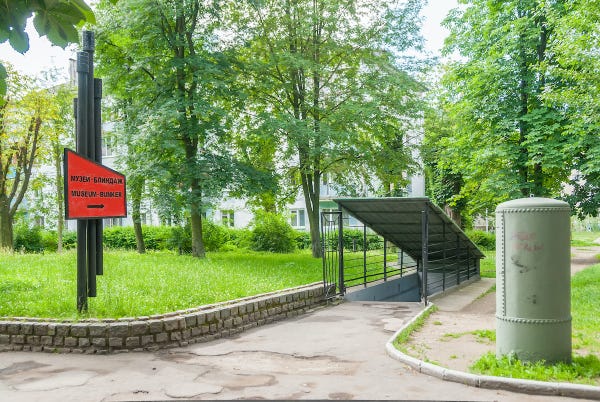 The entrance is at street level and then goes further underground.

If you go to Kaliningrad, it will be hard to miss the unfinished slab of a beast right in the city centre — affectionately nicknamed by locals as "The Monster" or "buried robot." 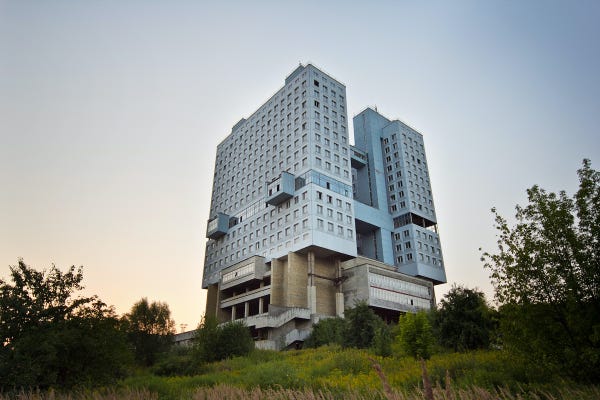 Königsberg Castle originally resided on this patch of land, but it was reduced to ruins in the Second World War.

Instead of restoring the Prussian landmark, the Soviets razed what was left to the ground and began work on what would be a central administration building of the Kaliningrad region. However, the foundations weren't great, making the building far too dangerous for actual use, so it currently remains abandoned.

If you prefer your architecture a little less brutal on the eye, head to the edge of the River Pregolya. In between the sweet-sounding Honey Bridge and High Bridge, you'll find a replica fishing village. 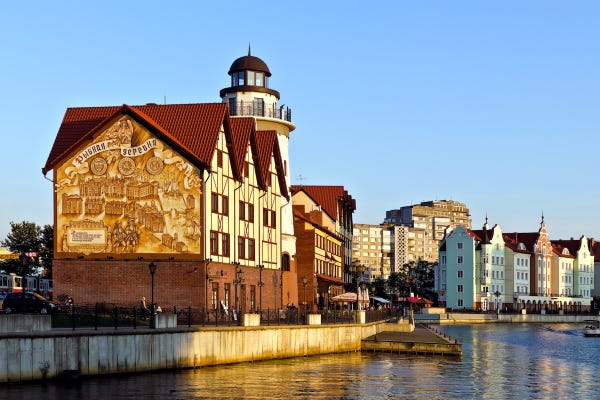 Paying homage to the city's fishing quarter pre-war, the buildings are old-style German and create a delightful looking place to browse shops or stop for a bite to eat.

The village includes a 31-meter high lighthouse, where for a small entrance fee you can access a picturesque view over the water and Kant Island. It also has a modest collection of interesting artefacts (like swords, kitchen utensils, and shoes) which were unearthed in 2006 before construction began.

Along the banks of the Pregolya River you'll see several ships, a submarine, and maritime machinery which actually make up the massive Museum of the World Ocean. It has exhibition spaces as well. 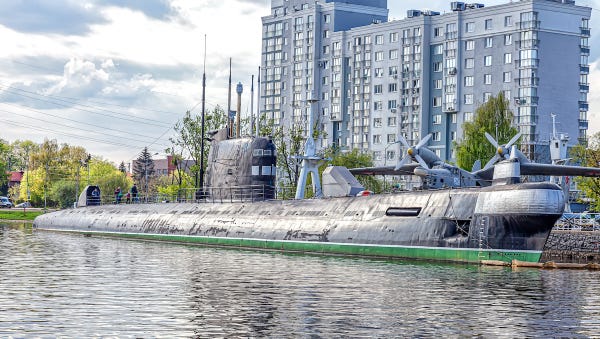 A Museum of the World Ocean highlight is the pre-atomic B-413 vessel, named Vityaz.

Once a scientific expedition submarine, there are exhibitions onboard relating to its research into space and the opportunity to go on guided tours which give a sense of what days were like for the 300 souls who lived there.

In the museum's pavilion, visitors can find the skeleton of a sperm whale and small aquariums illustrating general oceanic information.

Save the Amber Museum for a rainy day. Housed in an old Prussian fortress, the amber museum offers a comprehensive education on the history of the gemstone and what it can be used for. 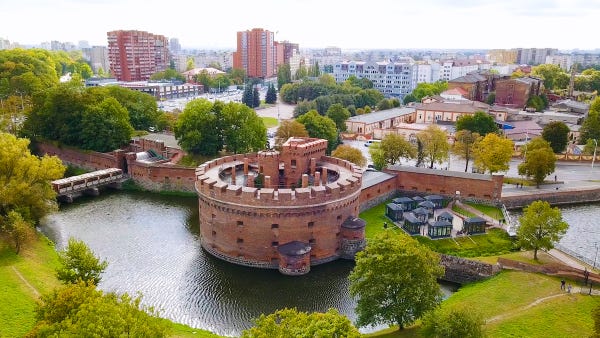 The museum has one of the world's largest collections of amber inclusions — the most famous of which is a small lizard.

Sometimes referred to as "Baltic Gold," the Kaliningrad province has 90% of the world's (discovered) extractable amber.

In the summer months, sweating it out in a city for your holiday can be tough. If you can get access to a car or jump on a train, just a 30km day trip away is the seaside resort of Zelenogradsk on the refreshing Baltic Coast. 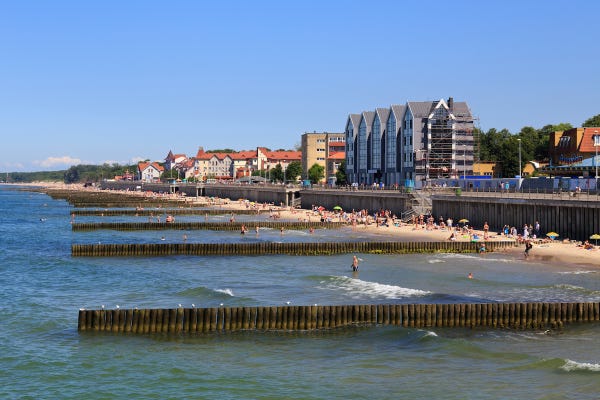 Pop on your swimsuit and go for a dip in the shallow seabed, or stroll the 2km strip of fine golden sandy beach.

Recharge your batteries in Kaliningrad by visiting or making your way down the Curonian Spit. A national park and UNESCO World Heritage Site, the spit is a sliver of sand dunes that stretches for 98km. 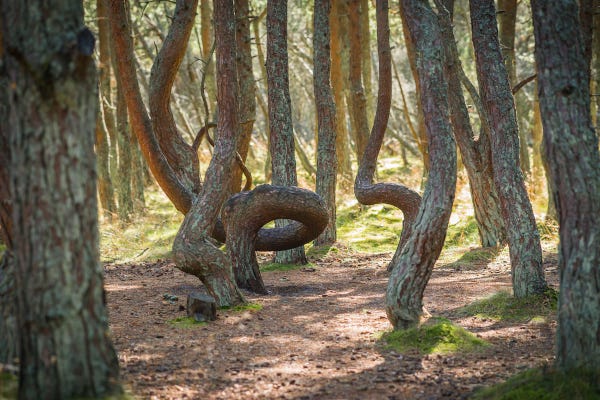 It separates the Curonian Lagoon from the Baltic Sea coast with Kaliningrad, Russia at the southern tip and Lithuania in the north.

A must-see on the spit is the Dancing Forest, where the twisted tree trunks look as though they're frozen grooving to a tune only they can hear.

To fully immerse yourself in any new destination, you can get stuck into the regional food, too. While Russia is known for excellent blinis and caviar, when in Kaliningrad, try a plate of Königsberger Klopse. 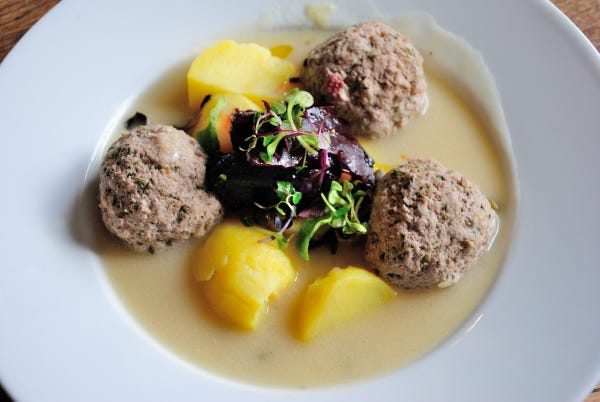 Königsberger Klopse is essentially veal meatballs in a white sauce served with a side of boiled potatoes and sliced pickled beets.

Similar variations of this dish have been around since the 18th century.

If heaps of museums, green spaces, and a rich history aren't enough to tempt you to Kaliningrad, then maybe the lack of crowds will. 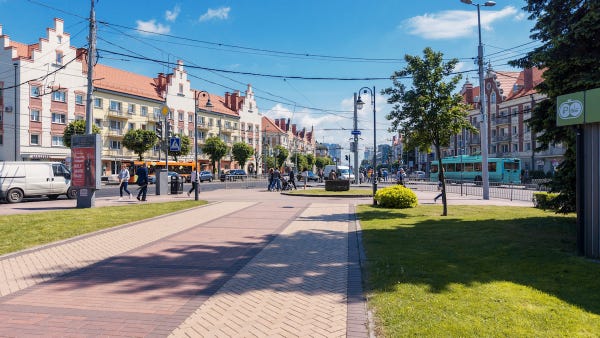 As an emerging destination, its wide streets are not going to be as packed as the pavements of Paris or as busy as Barcelona.

Kaliningrad is perfect for soaking up culture, history, and nature — all with a little bit more breathing room.