Home » Lifestyle » Why writing is like surfing: be alive to the surge and catch it

"And so the hapless column went on, making its way along the narrow corridor they had made through the great teak trees and thorny bamboo of the jungle, too thick to allow any other form of passage."

Where some people collect spoons, I collect sentences. Exhibit A is the above sample from Richard Flanagan's Narrow Road to the Deep North (Vintage, 2013). It's not perfect. In fact, given an editorial pencil, I'd query "hapless" as the column's action implies the lack of hap. I'd also challenge his final clause, since thorns and jungle already spell impenetrable. 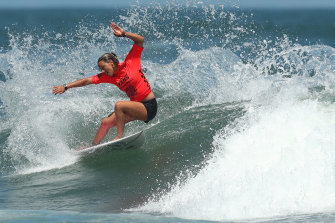 Still, that's why I seized Flanagan's words in the first place. There's a messy pull to the march. A grammatical echo too, the hapless chaps aligned like so many words, tramping left to right as if their sentence has only one way of being written.

Because the opposite is true. Right now, this sentence I'm keying has an infinitude to consider before reaching its circular grave. Scary, really. A timid writer may flee, deafened by the yelps of all the words desperate to be chosen, haunted by the umpteen sentences they'll never compose.

Nothing so terrifying as a blank page, goes the saying. The phobia's root draws on all those restless options. Yet good writers, it seems, seldom hear the noises off, as if their next sentence has only one path to tread, like Flanagan's column, where any detour will only lead to pain and impasse.

Tim Winton likens writing to surfing, the analogy amplified in his 2017 memoir The Boy Behind the Curtain (Pan Macmillan): "I come to the desk every day and mostly I wait. I sit for hours, bobbing in a sea of memories, impressions and historical events. The surfer waits for swells, and what are they but the radiating energy of events across the horizon, the leftovers of tempests and turmoils already in the past?"

Unlike a surfer, you can revisit a fleeting ride and make it sharper, more enduring.

The key to both disciplines is the present, being alive to the surge and catching it. Carving your way just so. Don't worry what grammar lords tell you, the Strunk & White on either side of God, just cut your own path, now, fast. For surfers the task is surviving as well as doing the ocean's energy justice. For writers, it's one word after the next, advancing the story in a way to honour it.

Yes, you can backtrack. Sure, you can alter cadence and direction. Unlike a surfer, you can revisit a fleeting ride and make it sharper, more enduring. But come the next wave, don't think. Just plunge across that blank face, leaving words in your wake.

Annie Proulx cuts a path as fine as any. Several keepsakes in my horde bear her fingerprints, not that you can see them. Her mastery is pervasive, as if trusting the words to do her work and she was never there. Like the moment when Skipper unlatches the trunk in Close Range (Scribner, 2000), half-wondering where his sons might be: "In that airless oven they lay limp and blue. It was wrong what they said about grief."

The power of "it" in that last sentence. As well as the falling score of syllables, from "airless oven" to "limp and blue", as Skipper moves from active to lost. Then there's that cognitive gap between sentences, a time-smudge between discovery and aftermath that matches our own stalled pulse.

Fine writers feel things before distilling them into words. It calls on nerve, practice, just like surfing. Fearless not hapless, you need to banish grammar to the margins and be inside the moment, inside the sentence, as if there's only one path to take, and quick – take it.