No sweat. The Magicians handled Stella Maeve’s pregnancy with care during season 5 after she found out she was expecting her first child with fiancé Benjamin Wadsworth.

“It’s just one of those things about being a series regular on a show, if you’re a woman of childbearing age, at some point you might be pregnant, so it wasn’t a huge deal,” co-creator Sera Gamble told Page Six in an interview published on Thursday, February 27.

The crew worried about Maeve, 30, first and foremost. “We wanted to make sure Stella was taken care of, that she was comfortable and that everything was safe and professional for her during her pregnancy,” Gamble explained. “She is a really hardworking, ambitious actress. She really sinks her cheeks into stuff and we always want to give her juicy things. We just sometimes gave her juicy things that did not require stunt wire work during the pregnancy.” 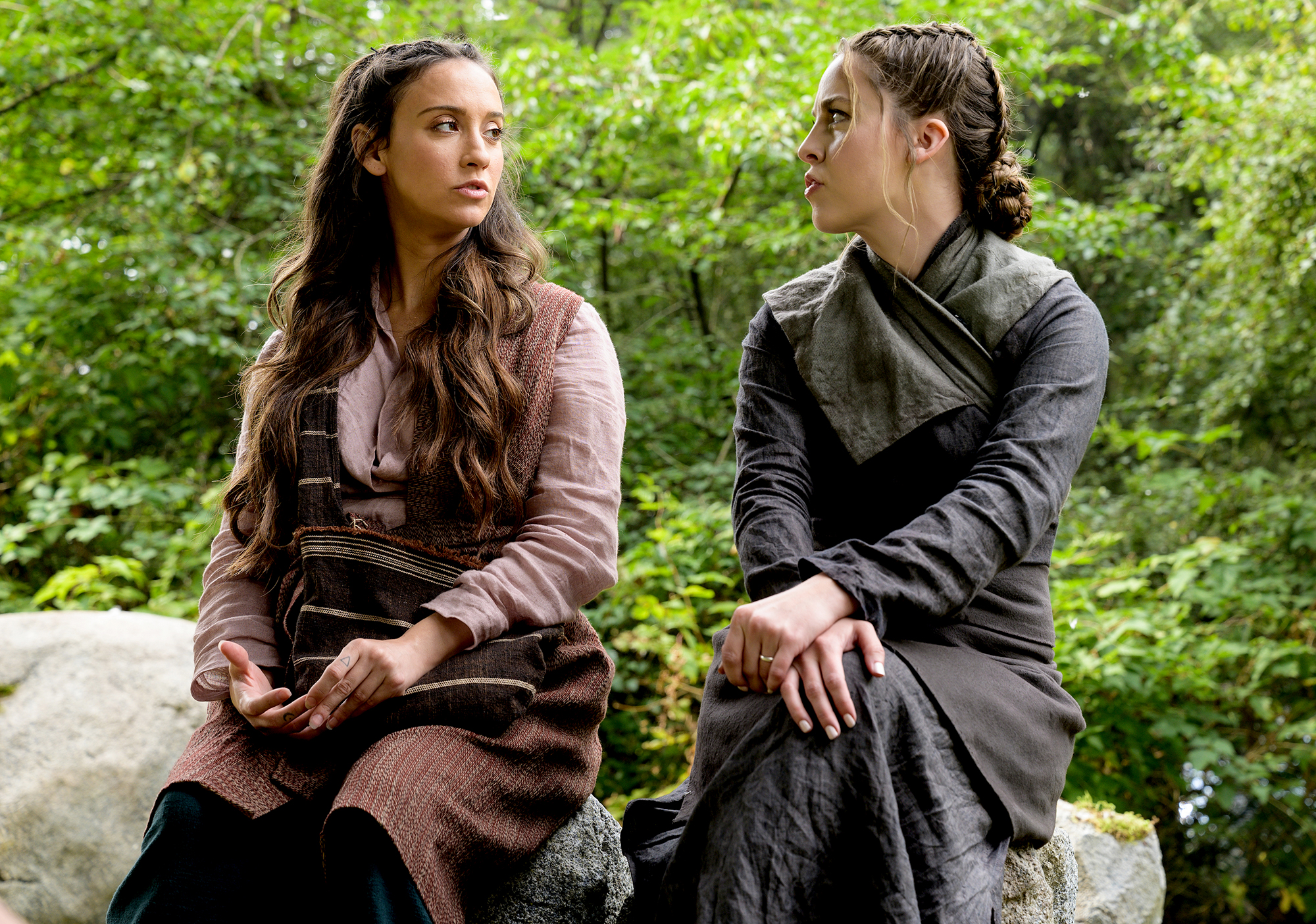 In turn, the Chicago P.D. alum gave the writers permission to incorporate her bump into the story line. “The way that it unfolds and the way that they have worked it into the show was really nice,” Maeve said. “It’s a very cool way that they sort of built it in because they didn’t have to and I think it would have worked either way, but it’s interesting.”

The actress — who has played Julia since the series premiered in December 2015 — kept her big news under wraps for a while, though. “I was holding off on telling anybody, just because everyone says until you’re out of the first trimester, it’s a risk and you just don’t know,” she noted. “I waited until we were in the clear and then made the calls and everybody was super supportive.”

Maeve and Wadsworth, 20, announced the birth of their daughter, Jo, in January. “I’m back. Had a little baby,” the actor tweeted at the time. “Life’s good.” The baby girl is “so freaking beautiful,” her parents previously told Page Six.

The couple got engaged in May 2019 after meeting at San Diego Comic-Con the year before. They shared their pregnancy news via Instagram in August 2019.

The Magicians airs on SyFy Wednesdays at 10 p.m. ET.