Home » Lifestyle » Why Is Everyone’s Sense Of Time So Messed Up During The Coronavirus Pandemic?

Eventually the coronavirus pandemic will be an event that happened, rather than a period of time people lived through.

The weirdness with time lately — April flashed by after March felt like years, days and weeks slipped from their usual rhythms into a fluid haze, and something that you yourself did in February could seem like it came from a ghost life — might originate with the fact we’re actually living through a real historical period. This kind of sheer disruption has happened in the last few decades in the aftermath of hurricanes or 9/11, but probably not at this universal scale since earlier pandemics or wars.

If you look back at coverage of the 1918 flu pandemic from that fall, you’ll find stories about influenza behind dozens of World War I headlines. There are bigger stories and little updates, like a surge in the sale of black fur or Cleveland’s reopening “as before” after four weeks, and ads from the surgeon general on the “rules to avoid respiratory diseases.” The papers carry incremental news about ill-fated provisional governments in Russia, and suffrage and Prohibition in the United States. Each — the flu pandemic, WWI, the vote, Prohibition, and the USSR — eventually flattened into capital-h History, with linear data points inside a larger beginning and end, and deeper complications to be explored at a remove.

Now, though, we’re living inside a vague period. You can’t locate the relative distance between right now and the beginning or end of the pandemic. Isolated from each other, physically and in the sharp inequalities of this disease, there’s no easy way to compare experiences. This could still be the beginning of the pandemic. As Jessica Morgan recently observed, “Living through a massive historical event that unravels the very fabric of global society sucks, and I hate it!”

If there is one common aspect of the pandemic it might be that big wait: We will all be doing what we’re doing — scorchingly unequal as our current lives might be — indefinitely. Everyone is waiting for the peak, the reopening, the vaccine, the testing ramp-up, for this to be over, things to go back to normal, or for things to never be normal again.

“The whole town seemed like a railway waiting room,” Albert Camus writes, deep into The Plague, which, as you’ve heard by now, concerns the bubonic plague fictionally sweeping Oran, Algeria.

“None of us was capable any longer of an exalted emotion; all had trite, monotonous feelings,” his narrator notes. “‘It’s high time it stopped,’ people would say, because in time of calamity the obvious thing is to desire its end, and in fact they wanted it to end.”

To pass the time, I’ve been reading novels like The Plague from quarantine lists. My apartment’s full of nuclear explosions, pandemics, hallucinations, dystopias, drugs that put you to sleep for months, and monsters.

In fiction, what often brings isolation and illness together is the surreal: Zombies shut down cities (Ling Ma’s Severance and Colson Whitehead’s Zone One); a mass extinction event leaves one survivor in the Austrian mountains (Marlen Haushofer’s The Wall); a mercenary searches for a woman in a ruined, sci-fi world (Anna Kavan’s cult classic, Ice); Frankenstein builds the creature, who revolts against the scientist — and in turn, the creature’s retribution for his own loneliness destroys them both. If all that sounds dark, there’s still a counterintuitive warmth to be found: You might be stunned at the kinds of little thoughts and cares found deep in novels from 10, 70, 200 years ago that still resonate. Whatever you’ve thought, you’re not alone. 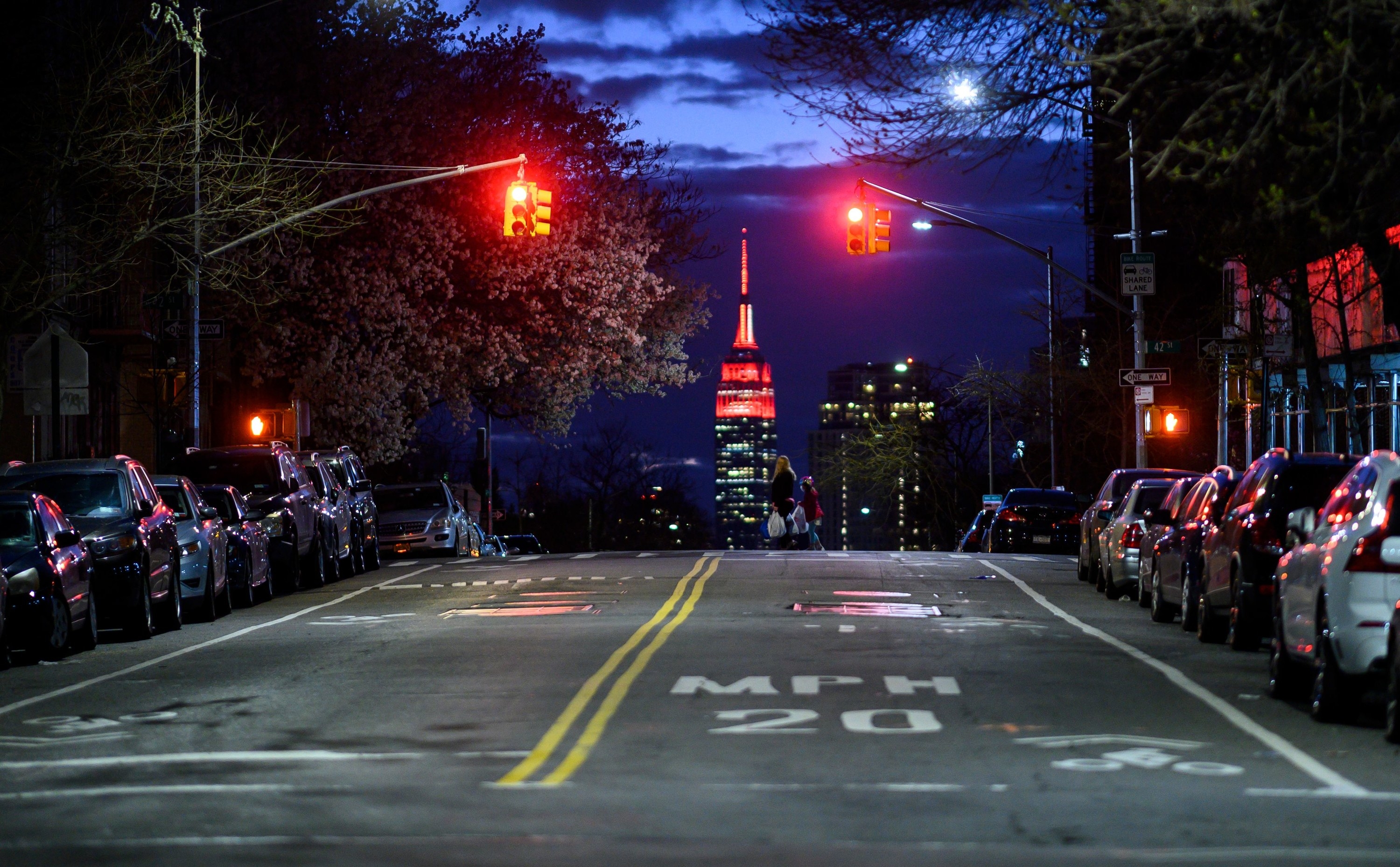 Isolation can be difficult to depict on its own terms — nothing happens, not exactly. But narrative fiction deals well with the subject. A novel can capture what happens inside someone’s head, over time. The deeper resonance of Jane Austen, for instance, arguably rests on the fundamental loneliness of her protagonists, and the resolution of that alienation. And even if their authors had other ideas (Severance has a lot to say about consumerism and the immigrant experience, for instance), apocalyptic plots can externalize and dramatize isolation.

In The Wall, a couple goes to town during a holiday weekend in the countryside and never returns. Instead, their nameless friend finds herself permanently alone, with the titular wall — clear and impenetrable — separating the dead from the living. The novel, a sort of existential, pacifist’s Robinson Crusoe, takes the form of a journal as Haushofer’s narrator records her daily progress (the state of the wood pile and potatoes, the health of the cow) toward survival, intermixed with her reflections on her life before. “Sometimes I try to treat myself like a robot: do this and go there and don’t forget to do that,” she writes. “But it works only for a short time. I’m a bad robot; I’m still a human being who thinks and feels, and I shall not be able to shake either habit. That’s why I’m sitting here, writing down everything that’s happened.”

Living without a fixed point ahead, except her limited ammunition for hunting and the constraints of winter, she writes of a devotion to keeping her clock wound and the dates notched, until the clock ceases to function, and a fever leaves the journal untouched for an unclear period of days. Time, then, gets lost.

The book, published during the Cold War ’60s, works so thoroughly that you can find yourself thinking, Well, here’s this woman, totally alone at the end of the world! Like it’s a nonfiction account and somehow the world restarted between then and now.

Loneliness, of course, has been written about quite a bit since the pandemic began, primarily in the context of those who live by themselves — the ones separated by an invisible wall of sorts — and whether isolation will begat loneliness during this indefinite separation. This is hardly exclusive to the physically distanced, however. You can feel alone because you have no opportunity to recoup yourself, or because you stand apart from the people who surround you. You can feel intact seven weeks into what might look like a lonely quarantine from the outside.

That’s because isolation, solitude, and loneliness are distinct states, as Hannah Arendt explains at length at the very end of The Origins of Totalitarianism.

Anyone who knows something about the subject can tell you: The pain and promise of loneliness is the idea that you might be able to fix it.

Much like the novel, the literature on loneliness emerged in the 19th century, brought to the fore by the industrial revolution and the rise of mass movement. Still, Arendt, writing in 1951, delves into what Cato, Epictetus (a Greek philosopher, who’d been a slave), and Martin Luther wrote on the subject, long before the modern city. Her concern was specific: Arendt viewed loneliness as “the common ground for terror.” And, she argued, the individual requires the company of others to confirm both the individual’s own sense of self, and the individual’s accurate feel for what occurs around them. (This is the central dilemma of Frankenstein, an enlightenment novel wrecked by horror movie reduction, in which the monster understands how cruelly alone he is in a world repulsed by his appearance.)

“What makes loneliness so unbearable is the loss of one’s own self which can be realized in solitude,” Arendt writes, “but confirmed in its identity only by the trusting and trustworthy company of my equals.”

Is that lack of reconciliation the source of all that hazy time right now? That sounds obvious in a way — there are no weddings, or baptisms, or graduations to mark the passage of time in big ways; no commutes, or Friday afternoons, or Monday mornings to mark the passage of time in small ways. But the ambient sense of self and our sense of internal logic relies on moving through literal places, and the cumulative effect of community on a person. You hear this when people talk about dying main streets in small towns, or displacement, or even something as simple as never going into the same restaurant your late parent loved anymore.

If you’ve walked an empty city street during the pandemic, you know the way businesses, cars, and pedestrians — even the places you’ll never enter and the people to whom you’ll never speak — make up the ambient vibe of a place by virtue of their unsettling absence. 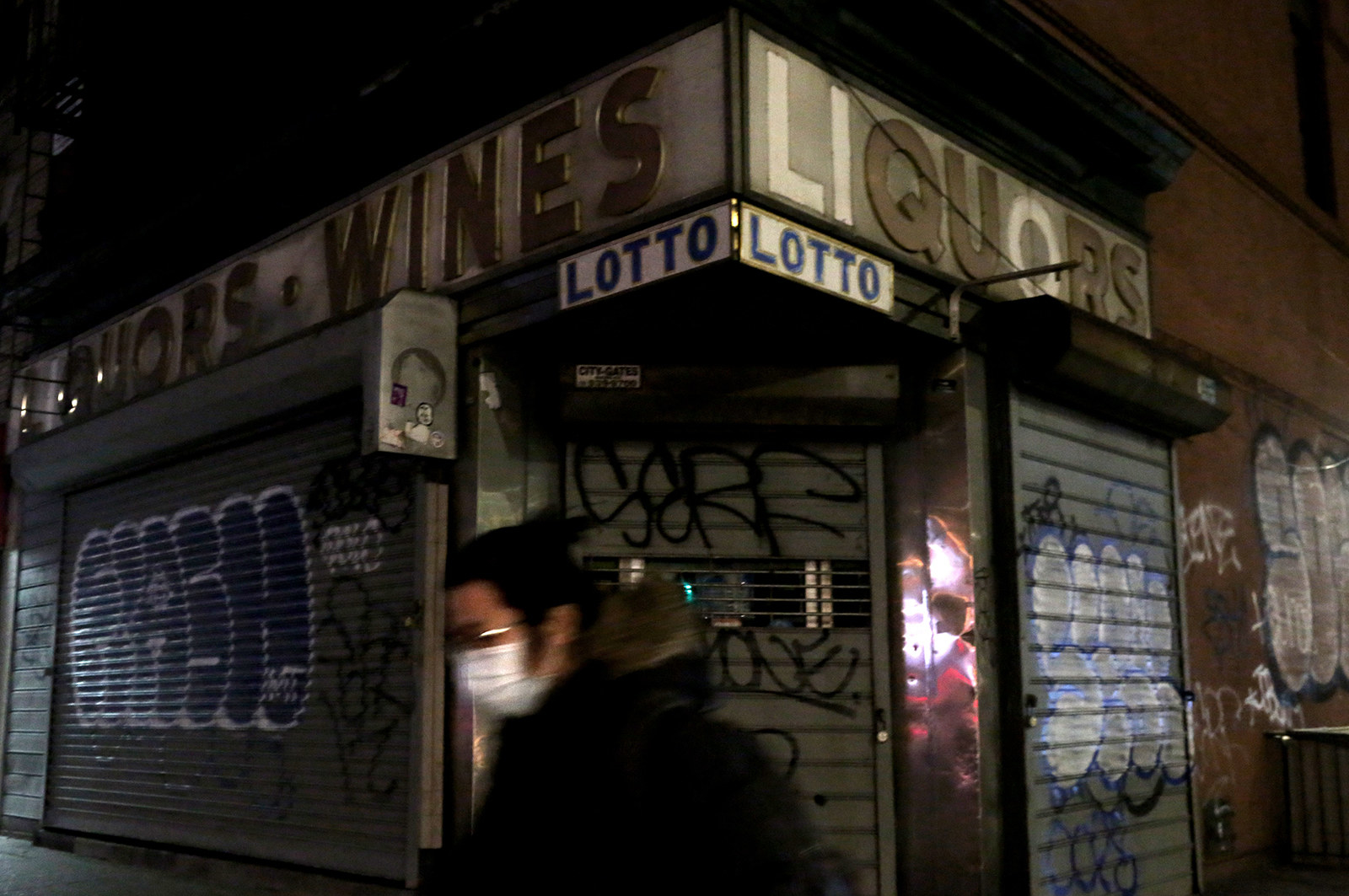 A man wearing a mask walks on the street in the evening of April 4 in Williamsburg, Brooklyn.

“The silent city was no more than an assemblage of huge, inert cubes, between which only the mute effigies of great men, carapace in bronze, with their blank stone or metal faces, conjured up a sorry resemblance of what man had been,” Camus writes in The Plague. Severance’s protagonist, Candace, looks up one day from her Times Square office and realizes she’s entirely alone as the pandemic advances. “There were no tourists, no street vendors, no patrol cars. There was no one.” At first, this results in her photographing the city anonymously, taking requests from those still living in other parts of the world about what’s become of places they knew; later, truly alone, she realizes she must leave.

In Kavan’s Ice — a modernist book with fluid set pieces that dissolve and glitch into each other — the nameless narrator weaves from frozen, military-ruled, abandoned countries back to warm towns, full of life, searching for a nameless girl. Each time he returns to one realm, the other is almost forgotten. But as he moves through the cold, hostile landscapes, he describes them like people writing about emptied-out cities and towns right now — “a scene made of nylon with nothing behind,” “a discarded film set.”

“In a peculiar way,” Kavan’s narrator observes, “the unreality of the outer world appeared to be an extension of my own disturbed mind.”

In this indeterminate, interim stage of the pandemic, there’s been a lot of conjecture about What Office Life Will Look Like, or restaurants, or baseball. The occasional certainty of the arguments makes the nonfiction material read like science fiction — for some other group of people, not us, going through the new routines in a 3D rendering. Those pieces don’t always, and can’t really, dwell on what happens “when this is over”: that even if you wanted big changes, what you loved about your life before might forever change — people and places in your area missing, or slipping away in the aftermath, never to return — perhaps changing our own senses of self with them.

I don’t think people really can contemplate, realistically, what that part looks like — the nature of our lives changed less in the thermometer-gun ways, and more in the emotional, sentimental, casual ones.

The beauty of novels, actually, is that they offer endings, even the ones that slip any kind of conclusion. Monster and creator die. The couple escapes. The lack of resolution is the resolution.

Here, instead, we live through the passage of the virus, apart and unequal, awaiting an ending. ●