Home » Lifestyle » Where Harry Kane’s Tottenham team-mates are from debut in 2011, including ‘mini Modric’ who’s now at QPR – The Sun

HARRY KANE has become a global superstar with boyhood club Tottenham, although his trajectory to the top of the game wasn't obvious on his 2011 debut.

The 28-year-old has enjoyed a Roy of the Rovers style rise through the ranks at Spurs, going from a little-known, little-trusted burly looking academy striker to one of the most lethal, sought-after forwards in the world. 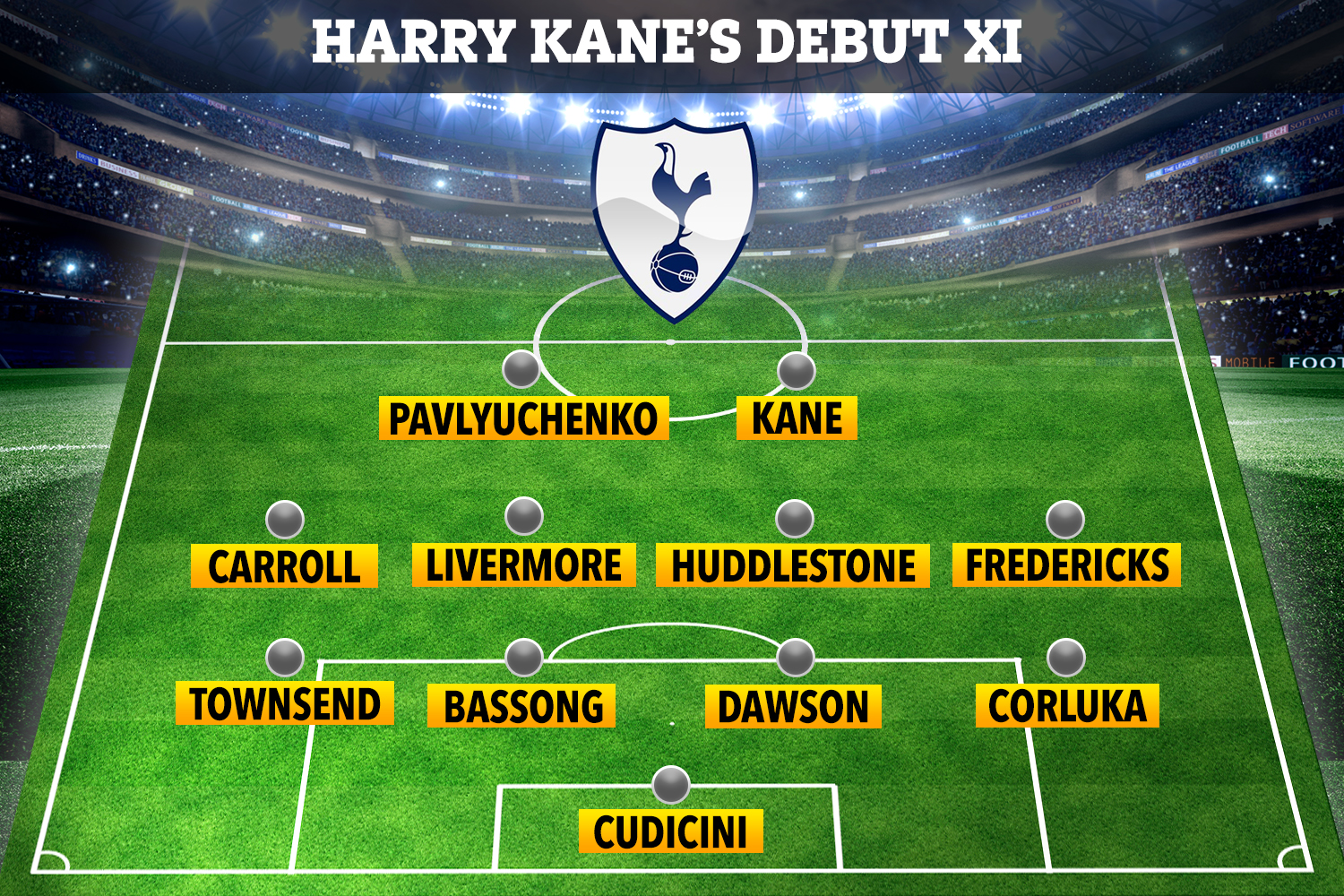 Natural talent coupled with extraordinary will-power has seen him overcome adversity to become the fearless No10 that fans adore at Spurs.

But before his days of scoring 11 goals against rivals Arsenal, or being serenaded with 'one of our own' chants from the Tottenham Hotspur Stadium faithful, Kane was merely a slightly awkward looking 18-year-old that had spent the previous season on loan at Leyton Orient.

All the way back in 2011, Spurs took on Hearts in a Europa League qualifying play-off.

With the job already done up in Edinburgh, having secured a 5-0 win, Harry Redknapp wasn't going to risk any key players for the inconsequential-feeling second leg at White Hart Lane.

So with the likes of Luka Modric and Gareth Bale nowhere to be seen, and Rafael van der Vaart restricted to the bench, Kane made his Spurs debut on August 25, 2011.

Things actually got off to an ignominious start, when Kane tamely missed a penalty – with his side going on to draw 0-0 in front of 32,590 fans at the old White Hart Lane.

It was a team brimming with academy prospects, with some it's fair to say, faring better than others.

Here, SunSport examines what became of those that took to the field alongside Spurs' future talisman that night in North London. 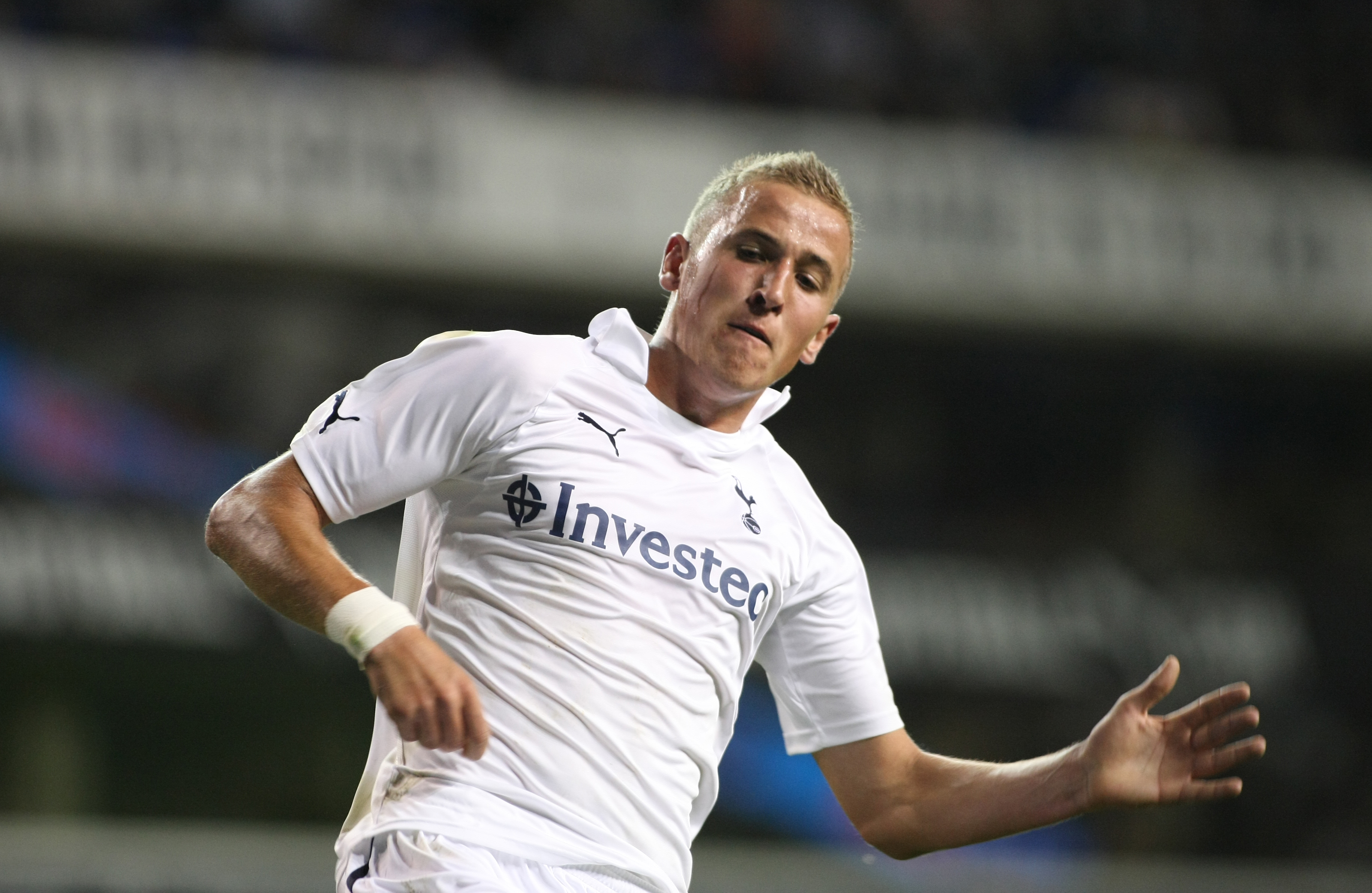 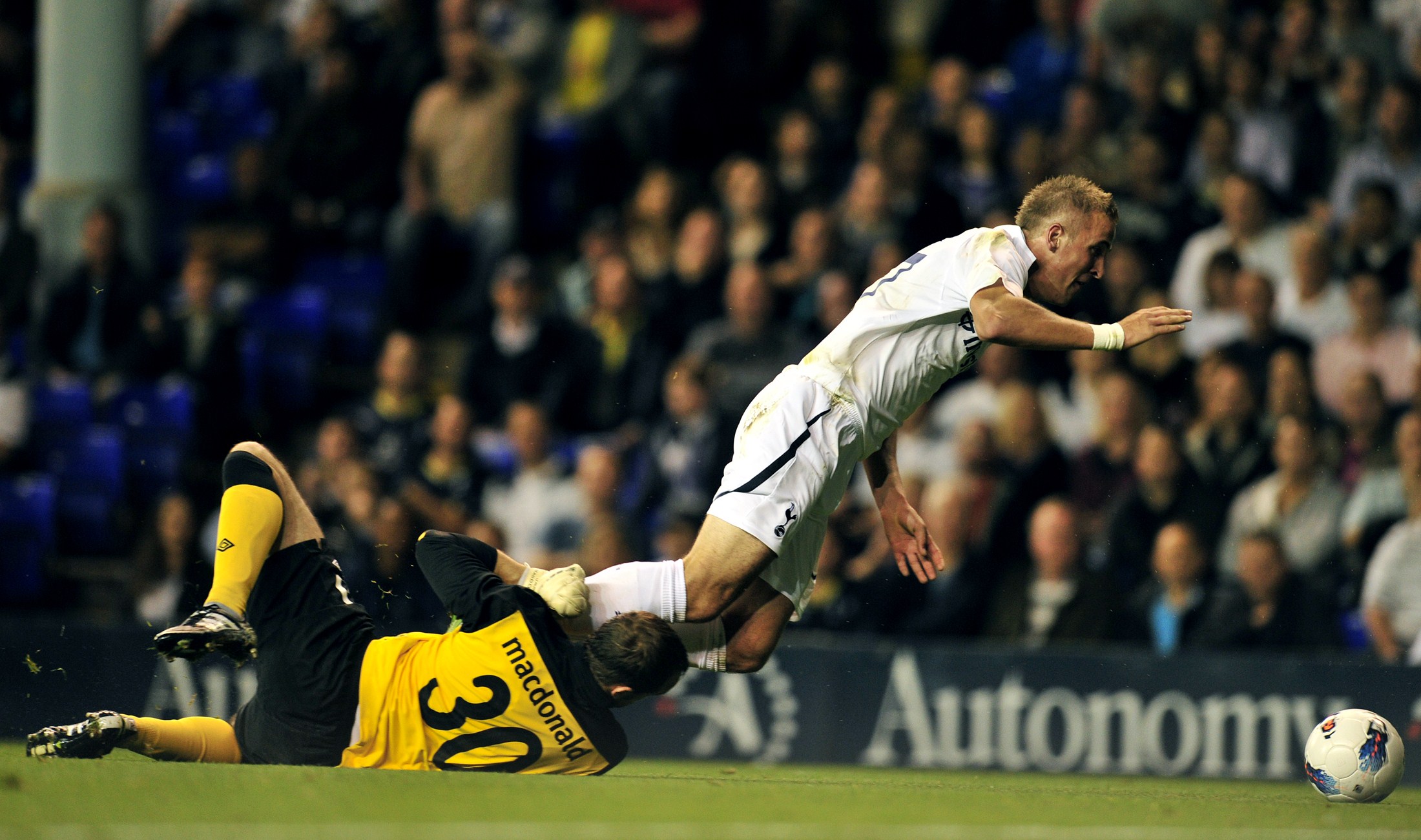 The veteran former Chelsea goalkeeper was signed by Harry Redknapp in January 2009 as competition for the often-blundering Heurelho Gomes.

While he rarely threatened to actually take over the Brazilian's No1 berth, the Italian was regularly handed outings in the cup competitions – including the disastrous 5-1 FA Cup semi-final demolition against his former club in 2012.

With Brad Friedel having arrived that summer, and with Hugo Lloris to come the next, his days at White Hart Lane were numbered, and he departed for LA Galaxy in December 2012 having made 37 appearances for Spurs.

Cudicini has since returned to Stamford Bridge, working as the West Londoners' loan manager technical coach since August 2019. 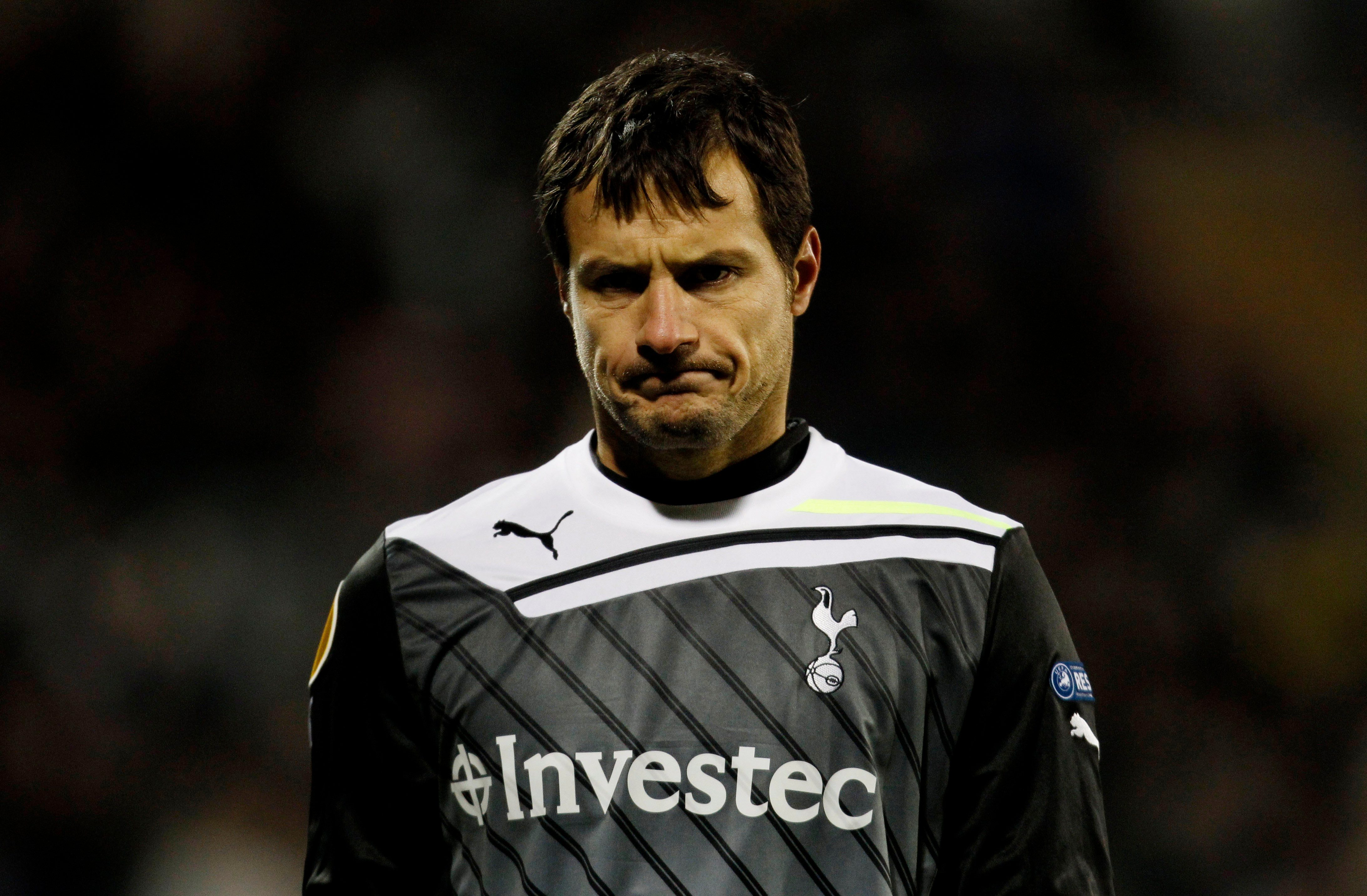 One of the older players in this mish-mash XI, the affable Croatian's time at the club was beginning to come to an end.

Corluka had been a regular at right-back since his £8.5million switch from Manchester City in 2008, but the emergence of Kyle Walker saw his playing time severely limited.

After appearing only eight times in the first half of the 2011-12 season, he was sent out on loan to Bayer Leverkusen, before leaving permanently that summer to play for Lokomotiv Moscow.

He featured for the final five minutes of his country's World Cup semi-final victory over England in 2018, before hanging up his boots at international level.

Now 35, Corluka retired following the 2020-21 campaign at Lokomotiv Moscow, where he is now the Croatian national team's assistant manager. 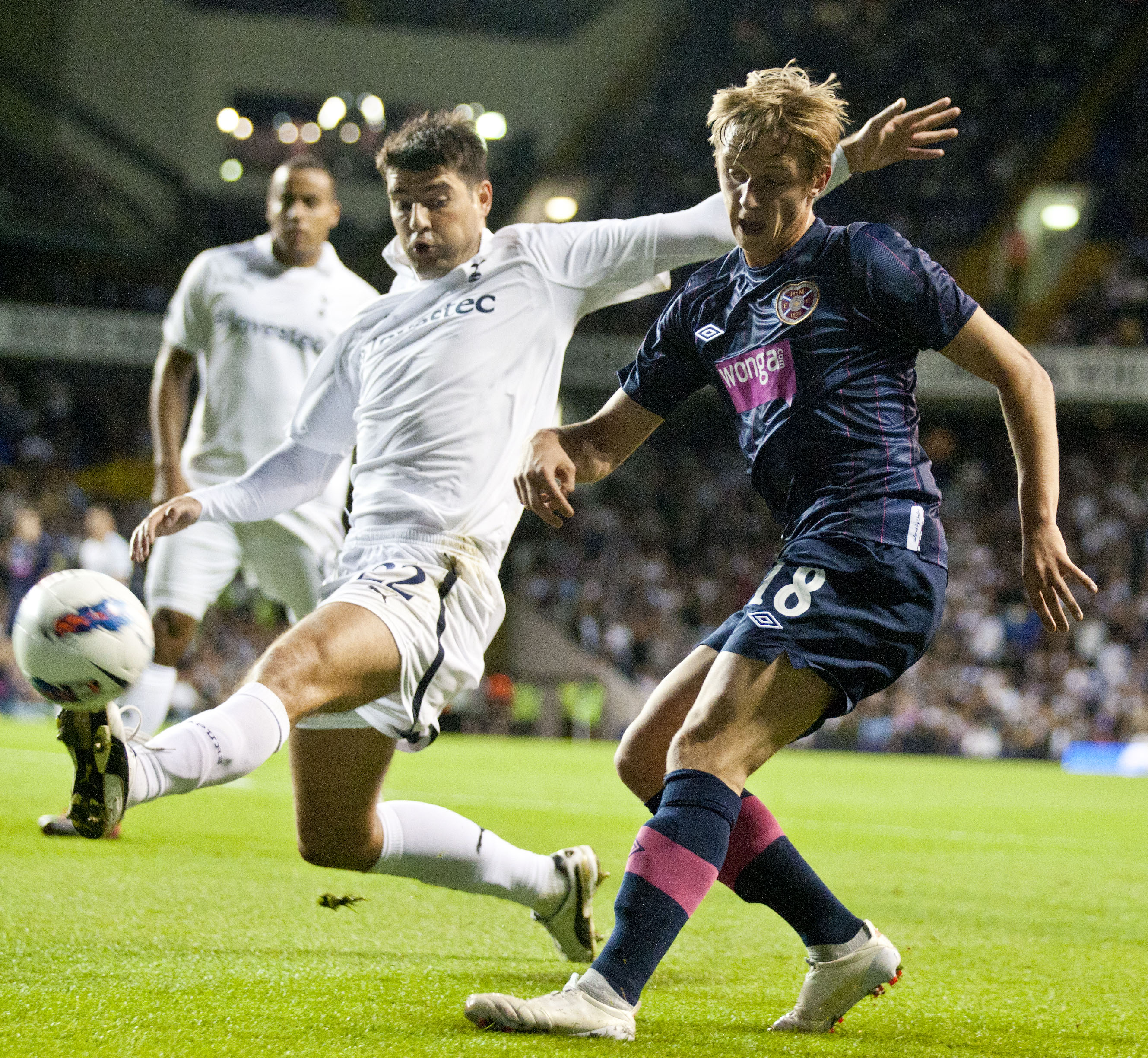 At this point, Dawson was one of the most whole-hearted, popular players at Spurs.

While the defender wasn't the most gifted of operators, his work-rate and passion drew respect and adulation from the fans, and he often captained the side during his time in N17.

He continued to play for Spurs until 2014, making 324 appearances before departing for Hull City after Mauricio Pochettino's arrival at the club.

Dawson retired earlier this year following a spell at Nottingham Forest, and can be seen pairing club ambassador roles at Spurs with being a member of the new-look Soccer Saturday panel. 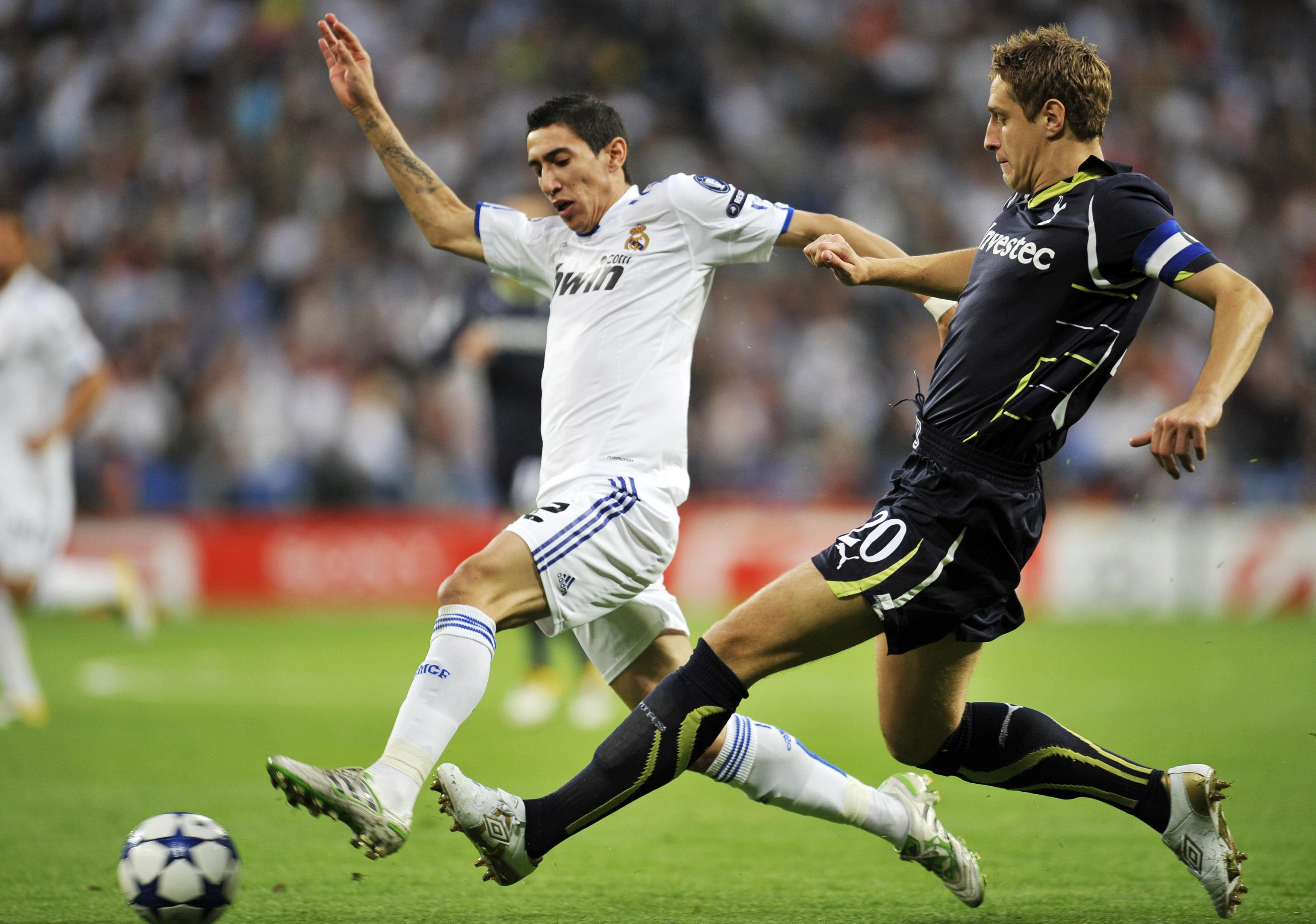 Signed from Newcastle United following their relegation in 2009, the Cameroonian is perhaps best remembered at White Hart Lane as the man that scored the club's first ever Champions League goal.

His header against Young Boys in 2010 may have made history, but he struggled to ever really be anything more than a useful utility man at Tottenham, sometimes filling in for any one of the often injured Ledley King, Jonathan Woodgate or Younes Kaboul.

He left for Norwich in 2012 after making 71 appearances for the Lilywhites.

After a spell at Peterborough United, he signed for Greek side FC Volos in 2019 – but having departed in 2020 he finds himself a free agent – although he amazingly featured in a pre-season friendly for non-league side Haringey last year. 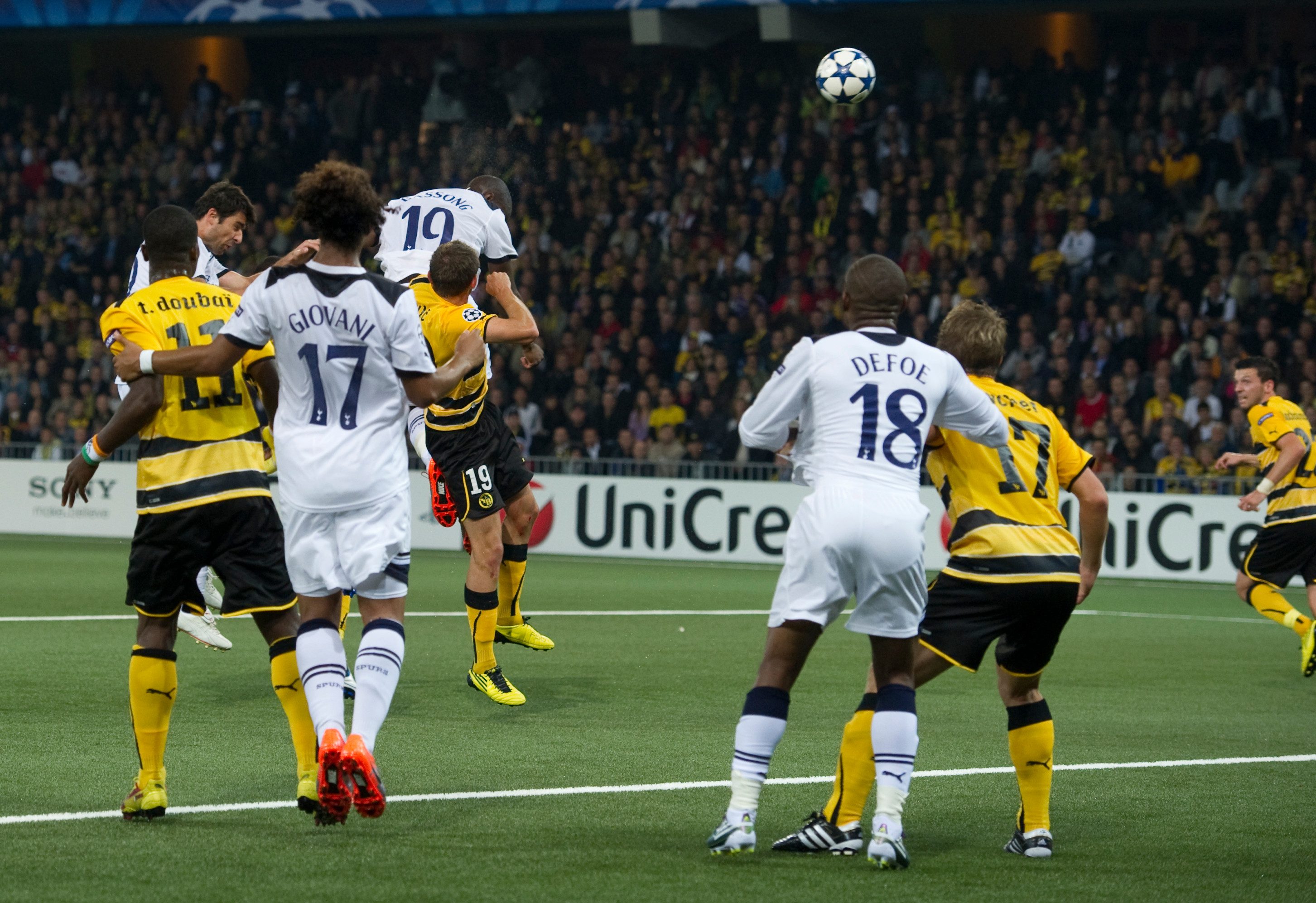 Townsend had been seen once before in a Spurs shirt prior to this season, having scored on his debut in an FA Cup tie with Charlton back in January 2011.

More well-known as a flying winger, Townsend had at times featured at left-back in the Spurs youth teams, with Redknapp plonking him there against Hearts as a means of shoehorning him into the XI.

He had already represented six different clubs on various loans prior to this point, and that number would grow by three more before he became a regular with Spurs.

A bust-up with fitness coach Nathan Gardiner saw him frozen out at White Hart Lane in December 2015, however, and he would leave for Newcastle the following month after 93 appearances for his boyhood club.

Another move followed six months later when Newcastle had been relegated, returning to London to play for Crystal Palace – where he was played until the end of last season, when he was signed up by Everton. 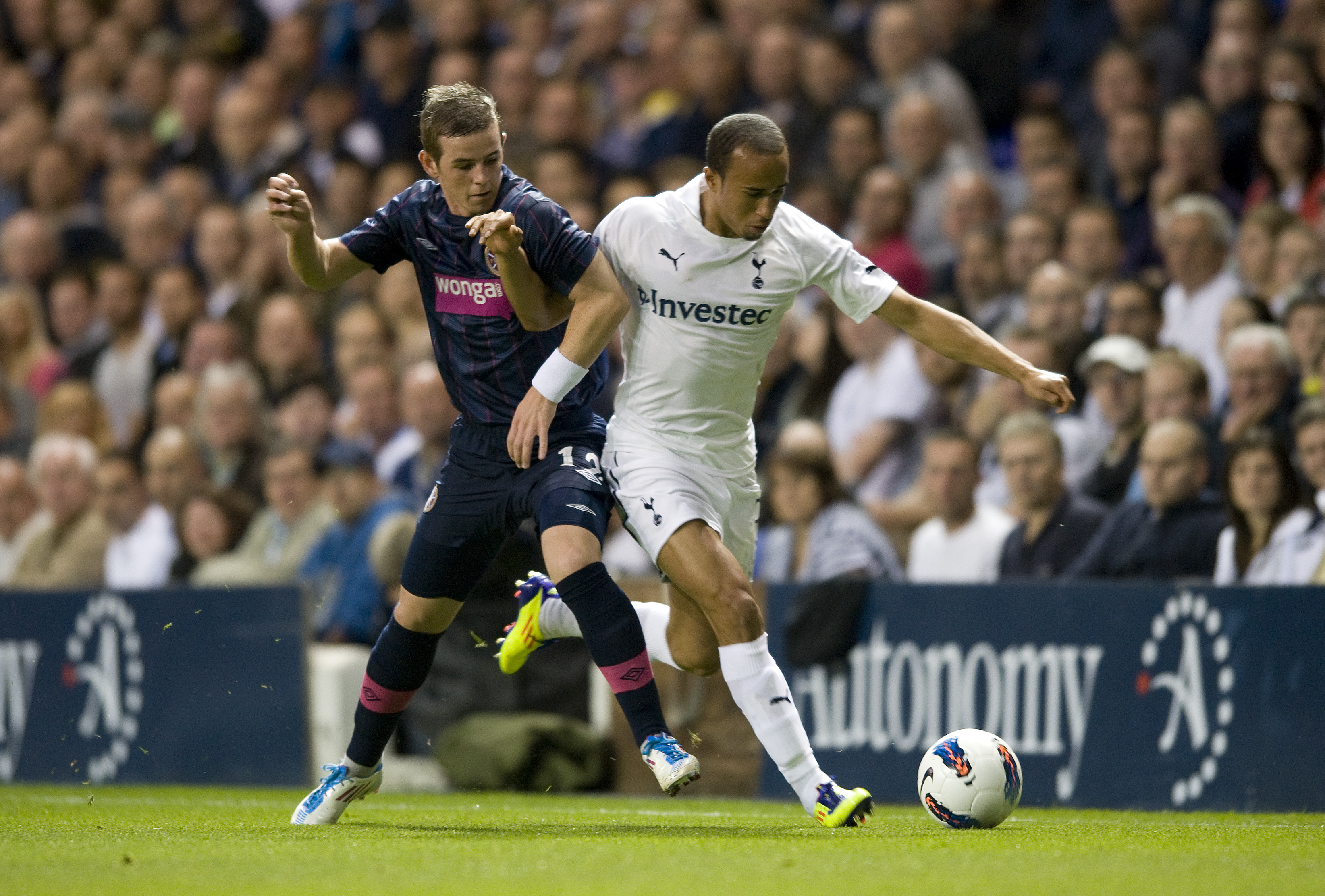 Another Spurs academy graduate that managed to carve out a Premier League career away from Spurs.

The youngster possessed searing pace and ability, but couldn't come close to dislodging Kyle Walker at right-back for the Lilywhites.

Fredericks made three appearances that season, before briefly returning to the first-team fold two years later to make another under Andre Villas-Boas.

After loans with Brentford, Millwall and Middlesbrough, he left permanently for Bristol City in 2015.

Bizarrely, however, he left Ashton Gate under a month later, citing a desire to return to London – signing for Fulham and playing at Craven Cottage for three years – before a switch to West Ham. 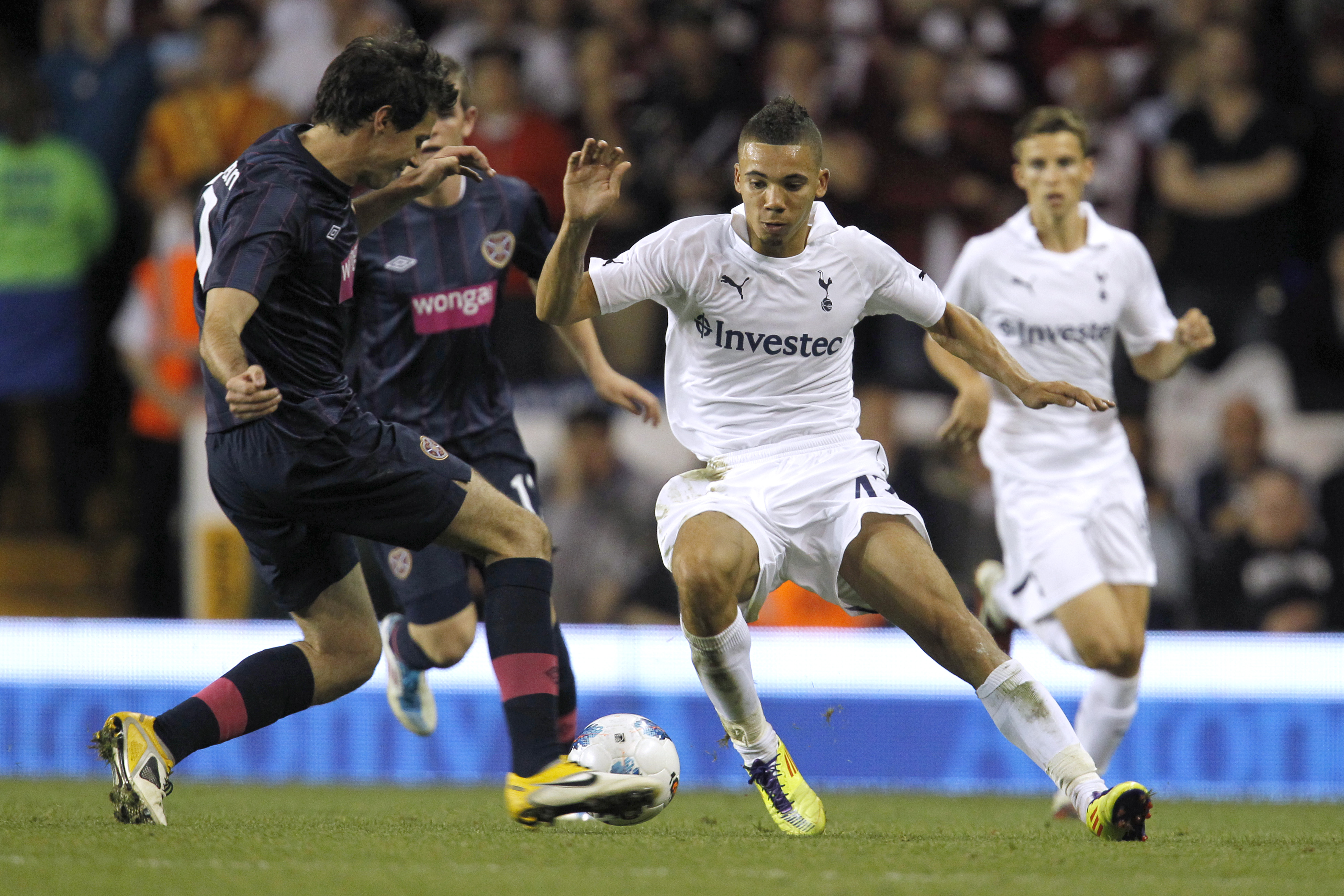 A midfielder possessing glorious technique with both feet, Tom Huddlestone was a Spurs stalwart between 2005 and 2013.

After seeing his importance, and mobility, wane after various injuries, the four-cap England international left Spurs for Hull City after 209 appearances in the white of Spurs.

His time with the Tigers was eventful, twice being relegated, with a promotion sandwiched in the middle.

He returned to his first club Derby County in 2017 before departing in 2020. The 34-year-old was a free agent for the entirety of last season, but rejoined Hull for this campaign. 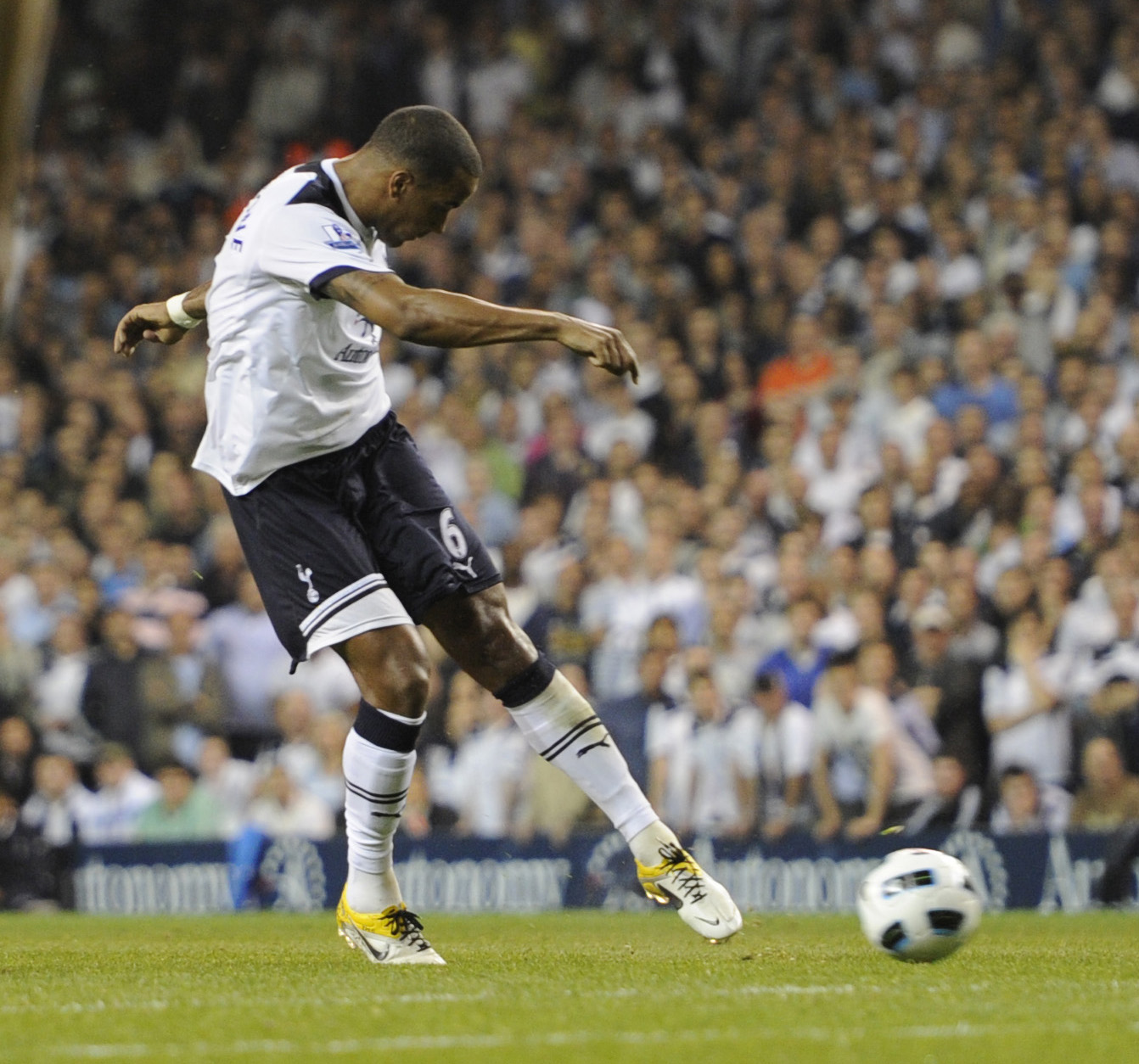 Another academy graduate that showed promise at Spurs – he even made 38 first-team outings that season alone as Redknapp's side came fourth in the Premier League.

His appearances began to diminish after Villas-Boas' arrival, however, and he was loaned out to Hull in 2013 – making the move permanent a year later. 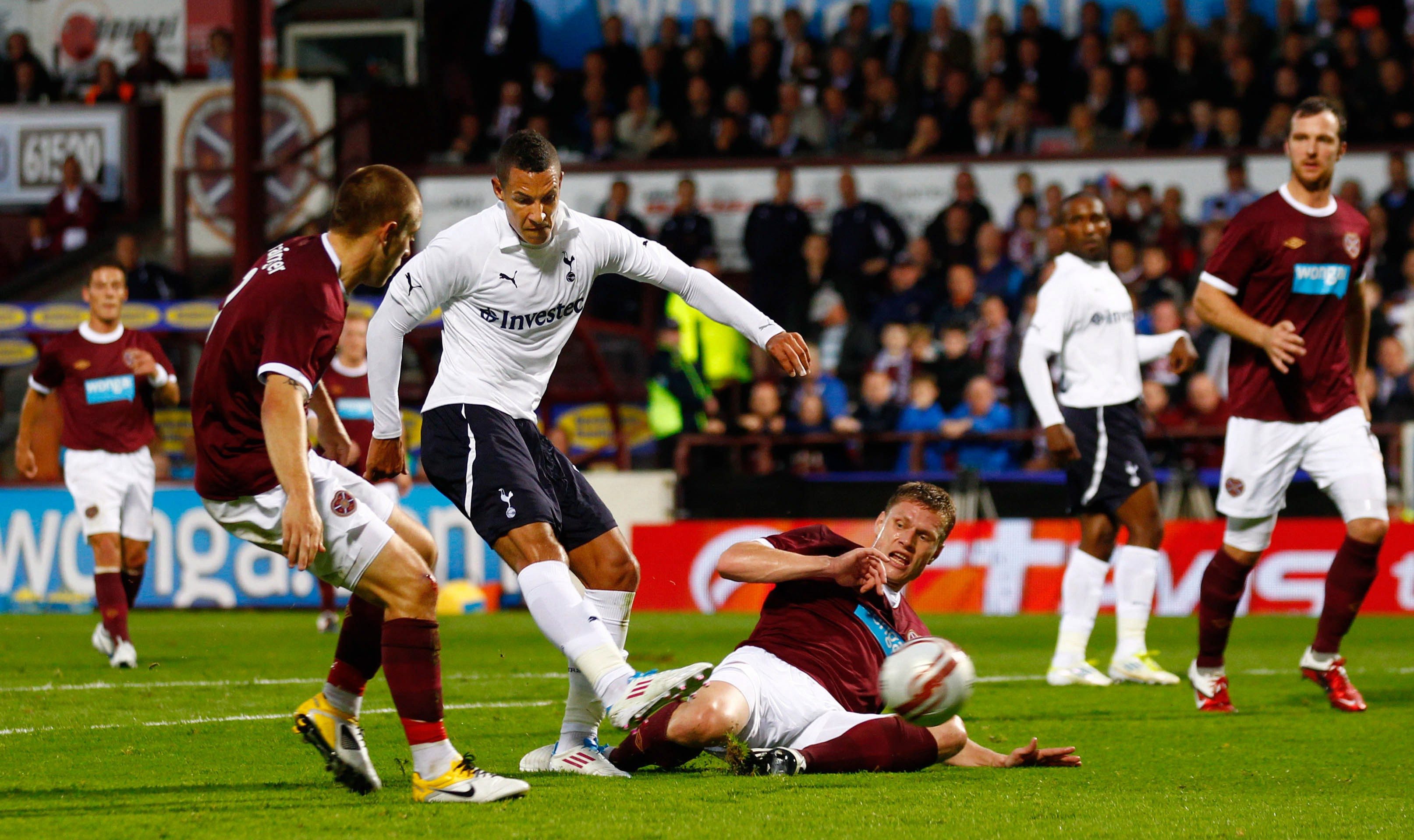 Tim Sherwood once said of Carroll: "He could play for them [Barcelona], no question."

And while that may have been fanciful, there was genuine excitement as Carroll was progressing through the ranks at Spurs.

Some of the more wishful fans dubbed the Watford-born youngster a 'mini-Modric', with his slight frame and technical ability on the ball.

But he never quite forced his will on the Spurs first-team, and found himself dipping in and out of contention over the next five years – sometimes appearing to randomly return to the fold.

He made 30 appearances for Spurs as recently as the 2015-16 season under Pochettino – but finally departed for Swansea in January 2017.

Things started well enough at the Liberty Stadium, but following their relegation – his spell in Wales went badly wrong.

He left for a fresh start at Aston Villa on loan in January last year, but was limited to just 35 minutes of action due to a hip complaint.

Upon his Swans return he was reduced to bit-part player status under Steve Cooper – and even had his contract terminated in January 2020 – making him a free agent at 27.

He would then sign for QPR, before moving to Ipswich Town this season. 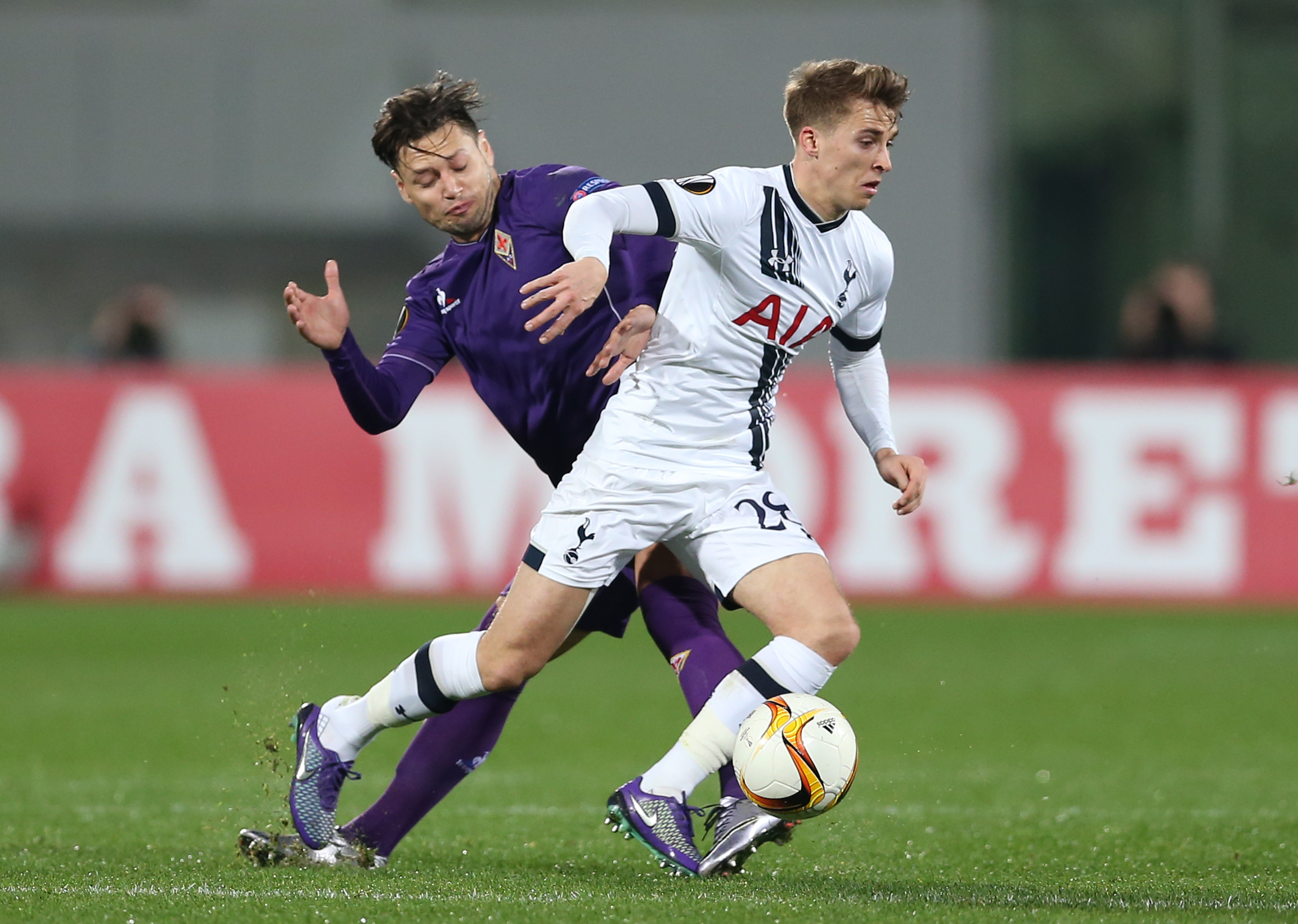 The Russian striker was signed by Juande Ramos in 2008 following the departures of Robbie Keane and Dimitar Berbatov, and had a mixed spell at White Hart Lane.

Capable of the spectacular and the ridiculous, the Russian blew hot and cold while in North London.

He found himself marginalised in the 2011-12 season following the arrival of Emmanuel Adebayor, and like Corluka, soon departed for Lokomotiv Moscow – although with a respectable goal record of 42 strikes in 113 games.

At 39, the 51-cap international now turns out for Russian minnows FC Znamya Noginsk.

While the likes of Rafael van der Vaart and Jermain Defoe appeared as unused substitutes that night, Redknapp called on three other replacements, including one player making his debut.

Younes Kaboul, who replaced Dawson at half-time, is now retired.

Niko Kranjcar replaced Fredericks – and the affable Croatian was last seen on a pitch for Rangers in 2018.

Meanwhile in the 76th minute, Redknapp handed Jake Nicholson his one and only senior Spurs appearance.

The midfielder never went on to hit the heights on the pitch, currently without a club after playing in non-league.

But he certainly made headlines off it after being spotted leaving a London nightclub with former Page 3 model Katie Price in 2011. 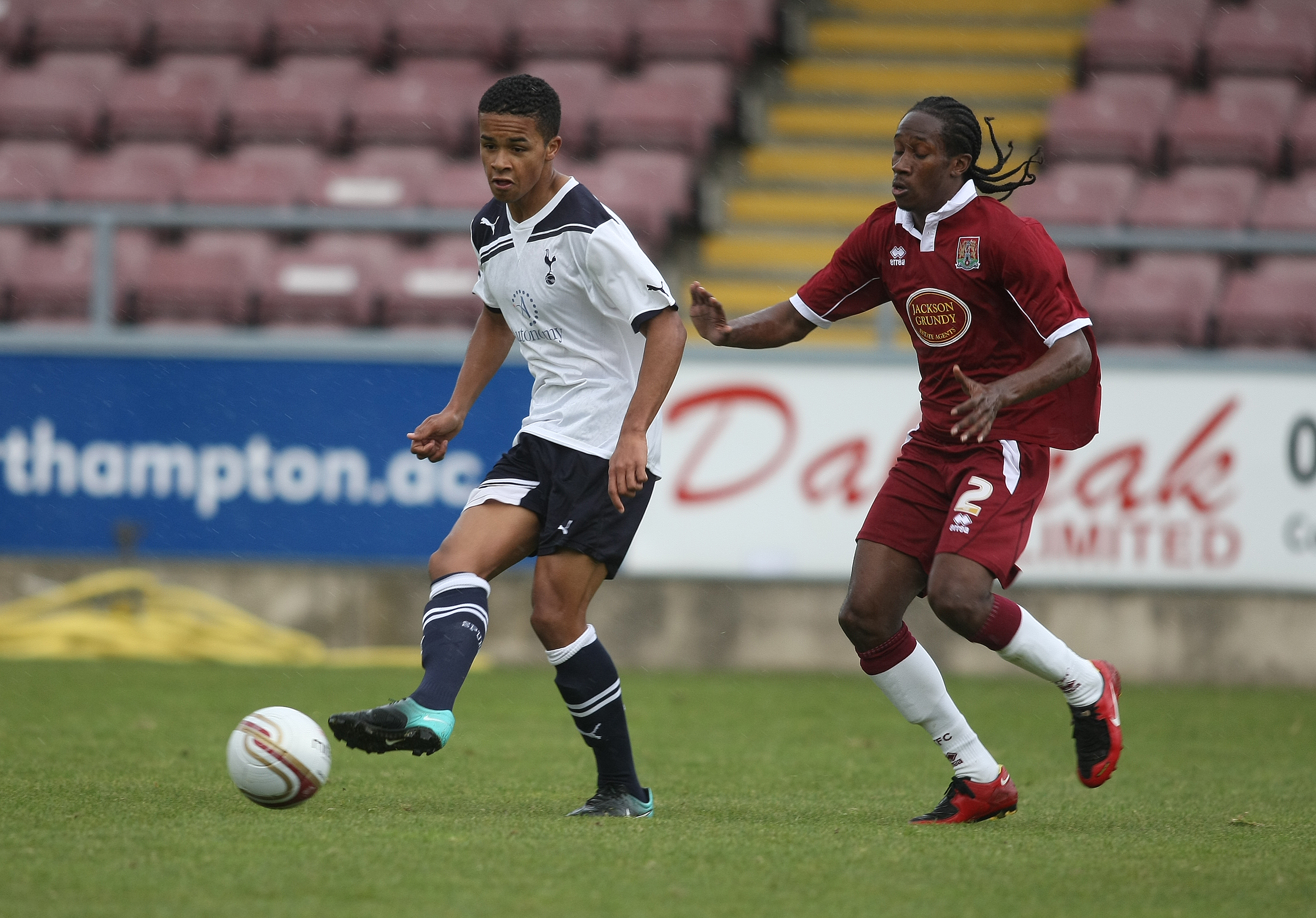