Home » Lifestyle » When did the menopause become the moanopause?

When did the menopause become the moanopause? A despairing LINDSAY NICHOLSON laments, as Emma Freud joins the list of stars griping about their symptoms

There’s a sinister epidemic stalking some of our most beloved female celebrities.

Broadcaster Emma Freud, 58, reports being laid so low by it she asked her doctor to test her for dementia; Davina McCall, 52, recently confessed on Loose Women: ‘It really reminded me of when I was using [drugs] and I really hated it.’

And this terror is by no means confined to the British Isles. The preternaturally sunny Gwyneth Paltrow, 48, has said it made her ‘furious for no reason’. 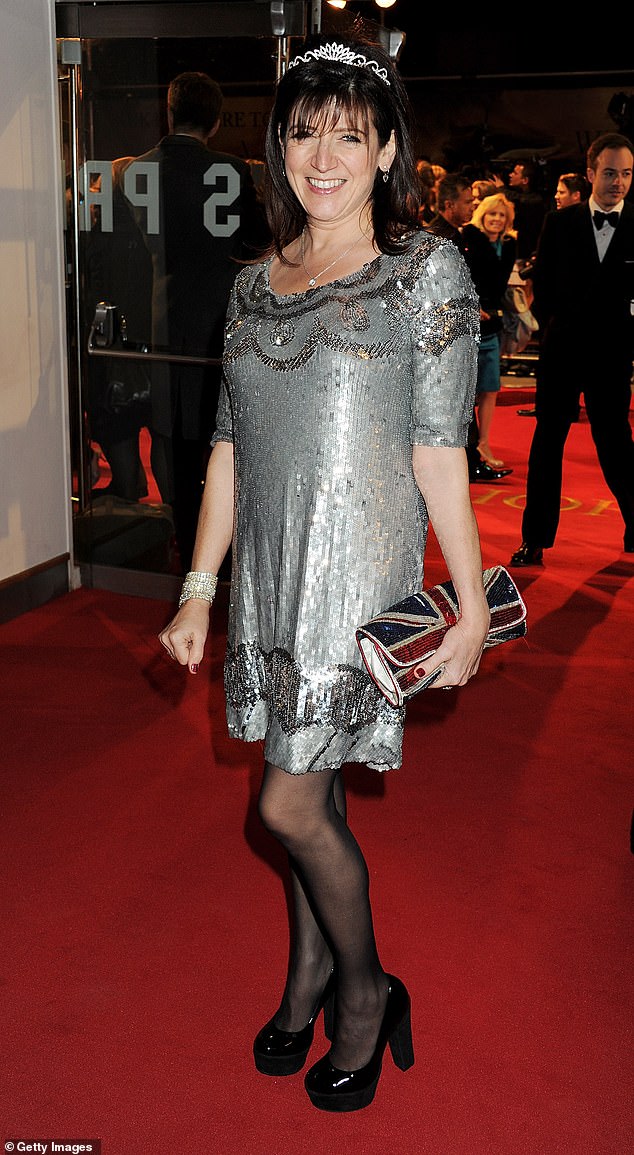 Lindsay Nicholson who was plunged into early menopause while having chemotherapy, explains why she doesn’t want to hear celebrities sharing their experiences. Pictured: Emma Freud, 58

This hellish state of affairs — which inspired Noel Gallagher’s ex-wife Meg Mathews, 54, to set up a website dedicated to her struggle and co-author a book, The New Hot, out this month — is a totally normal side-effect of female ageing, one which every woman will experience to a greater or lesser degree: namely the menopause.

We’ve come a long way since the last gasp of a woman’s fertility — which usually occurs between 49 and 54 — was something no celebrity would admit to under pain of being written off as a wrinkled old crone.

Now you can barely open a paper or click on a website without being regaled with a TV presenter’s traumatic transition to a life without periods.

It’s almost become a badge of honour. But I, for one, have had enough. I don’t want to hear them whingeing on about a normal aspect of biology.

You are probably expecting me to come over like a French And Saunders character who blithely dismisses chopping off a finger as ‘just a scratch’. Not so. I had an horrific menopause, thank you for asking.

I had been diagnosed with breast cancer at 49 and, after three surgeries, embarked on a course of chemotherapy that had the side-effect of plunging me into early menopause.

Lindsay said when she returned to her role as editorial director of Britain’s glamorous magazines, HRT was out of the question even though her cancer treatment was over. Pictured left: Gwyneth Paltrow, 48, Pictured right: Davina McCall, 52,

In between throwing up and losing my hair, I suffered up to 20 hot flushes a day and night sweats so bad I would place a set of clean sheets and fresh nightwear beside the bed ready for a complete linen change in the small hours.

As my tumour was strongly hormone-related, HRT was out of the question even when my cancer treatment was over.

When I returned as editorial director of some of Britain’s most glamorous magazines, all I could do was put a fan on my desk and avoid roll-neck sweaters.

Since I mostly worked alongside younger women or men, it was a bit lonely. There were no fellow sufferers to commiserate with when sweat plink-plinked on to the table during board meetings. But compared with the fear of my breast cancer returning, what were a few hot flushes? With each one I envisaged more of the oestrogen that had become so lethal to me leaving my body.

And there is certainly joy in being free of the 450 menstrual cycles most women go through.

Annoying as menopausal symptoms are — one website I found lists 34, including a burning mouth and even electric shocks — are they really any worse than the mess, expense and inconvenience of spending ten years of your life bleeding? 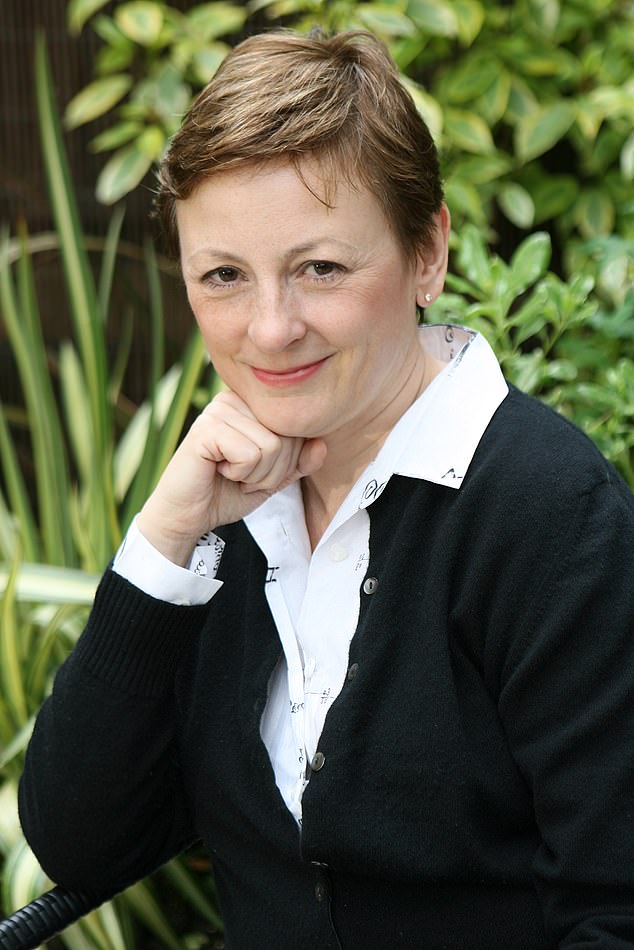 Lindsay (pictured) said although she’s glad experiences can be discussed in mixed company, she questions if the current menopausal moaning is ridiculously over the top

What’s more, while I agree menopausal symptoms can be extremely unpleasant, for those who can’t use HRT — and hurrah for those women who can — the worst symptoms should abate after four years, as did mine.

So, while part of me cheers that the experiences of 51 per cent of the population can at long last be discussed in mixed company, I do wonder whether the current menopausal moaning is just ridiculously over the top.

Might this competitive bragging about symptons be doing more harm than good?

Celebrities cite depression or anger as symptoms that need to be relieved with HRT. But the lives of women in middle-age can be full of reasons to be depressed or angry — are they suggesting we just medicate it away and return to the days of: ‘It’s your hormones, love!’?

As for brain fog, women almost always have far too much on their plates. Perhaps if the majority of care for elderly parents, support for teenagers and stresses of running the home didn’t fall on female shoulders, there would be less depression or brain fog among midlife women. 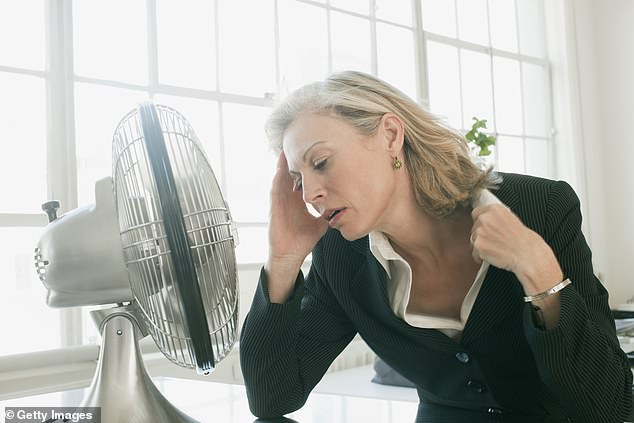 Even more sinister is that age discrimination, despite being illegal, is still systemic, affecting women far more severely than men. A man in his 50s is ‘in his prime’, while a middle-aged woman job-hunting may well find herself on the scrapheap.

Women of my generation will remember having to remove an engagement ring before a job interview (because interviewers would assume you were soon going to get pregnant).

So it is a bitter pill to have to swallow that today’s employers might think women of a certain age are liable to have memory loss, rages or even demand time off, as Conservative MP Rachel Maclean suggested in the House of Commons last year.

Because the reality is that menopausal symptoms, are all usually manageable with modern medicine, where necessary, and require no more time off work than the average male weekend-warrior for his sporting injuries.

Woman have worked long and hard to overcome the notion of being the ‘weaker sex’ and it feels perverse to go back to being regarded as victims of biology.

We are healthier, fitter and stronger than ever before.

So I wish these celebrities would stop jumping on the bandwagon and allowing a temporary physical state to define them.

What our grandmothers called ‘the change’ could, if they don’t shut up, very easily become ‘the trap’.