Home » Lifestyle » WhatsApp is terrible for your smartphone, and here’s the proof

WhatsApp is the most popular messaging app on the planet, with the team behind the service recently celebrating two billion users chatting to friends and family with the app. But these users may not know one big downside of WhatsApp and what impact it can have on their smartphones.

According to new research from Uswitch, WhatsApp is one of the worst offenders when it comes to battery drain. In fact, the massively popular chat app came fourth in the “Drain Nation” report, which looked into the top 50 most popular apps from Google Play Store, the Apple App Store, and Windows Apps.

Along with WhatsApp, it’s also bad news for those who use Google apps, as well as the main Facebook app and its Messenger. So, why are these popular applications so bad for your power pack?

Well, Uswitch says that based on the permissions they require, Google, Facebook and WhatsApp are the biggest drains on our batteries. Facebook – along with others in the top 10 – runs constantly on mobile phones in the background and is accessing over 50 permissions including; contacts, location and media. 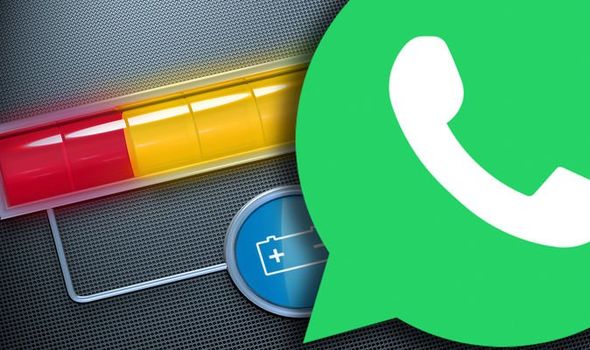 In its report, Uswiutch said: “Poor battery life is the biggest bugbear for smartphone users the world over. Although battery sizes are getting bigger, most mobiles still struggle to get through one day of heavy usage without getting low on power. And considering all the demands we put on our devices, it’s hardly surprising.

“But, what really drains the battery is the apps your phone uses. And, more specifically, it’s the permissions these apps require in order to give you the best possible experience. This can be anything from accessing your camera, calendar or contacts to using your location or Wi-Fi.” 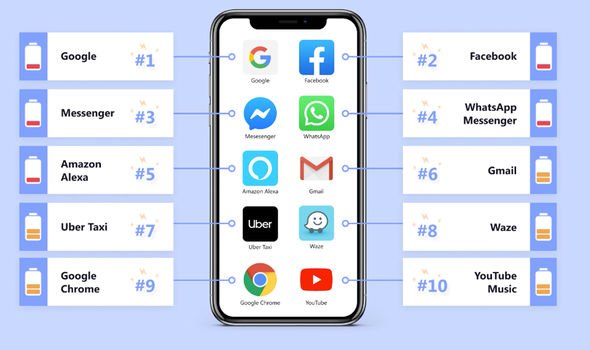 Here’s the top 10 battery drain apps according to Uswitch:

Although WhatsApp is being accused of draining batteries there is something that may help to make things last a little longer. WhatsApp has just released its new Dark Mode for Android and iPhone which adds a striking new look to this service.

Although not confirmed, some are speculating that this mode could help extend battery life especially if your phone has OLED screen.

OLEDs expend less energy when the screen is dark which is why power can be extended when this option is switched on.

You can find out how to switch on WhatsApp dark mode here.