The 90 minutes of action had come to an end, but for the 6ft 5in Argentine, the mind games were just beginning. 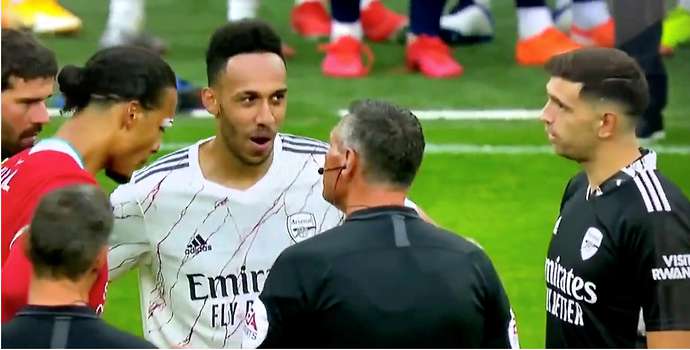 As referee Andre Marriner gathered skippers on the day Pierre-Emerick Aubameyang and Virgil van Dijk to decide on who would take the first spot-kick, Martinez thought he would also gather round the official.

And when Van Dijk, stepping into the role in the absence of Jordan Henderson and James Milner, confidently decided that the Reds would go first, the Argentine had something to say.

Martinez, 27, looked straight at the Dutchman and asked: "Sure?"

Aubameyang smirked, and would soon be having the last laugh under the Wembley arch.

As both sides delivered a clinic on penalty taking, the contest was ultimately decided by the bad luck of Liverpool youngster Rhian Brewster, who smashed his kick against the bar.

And Martinez was a picture of delight as he lifted another trophy with the Gunners.

Ahead of the match, with Bernd Leno now available again, Mikel Arteta spoke of his goalkeeper conundrum.

The Spaniard said: "I don’t want to keep them both happy.

"I want the one that is not playing to be upset — but upset and then challenge the next player to make him better, or if not, earn his place to do that. It’s not easy to do that.” 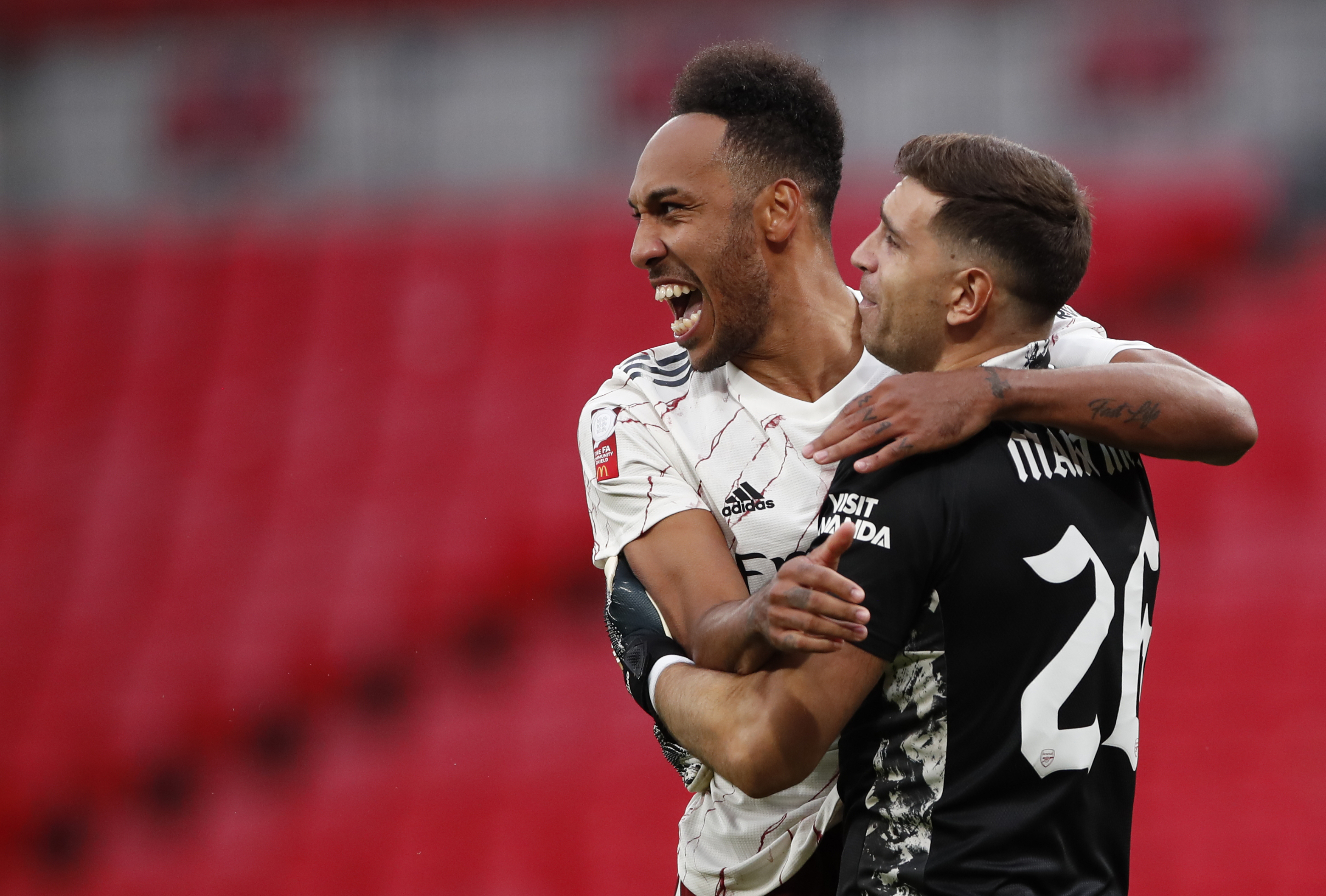 And after Martinez's latest good performance, in which he twice denied Sadio Mane one-on-one, Arteta added: "Emi has shown in the last few months what he is able to do for this football club.

"I am convinced that he has the level to play for us consistently at that level.

“He showed that today in a final. But I cannot stop the speculation. That is something I cannot stop and what other people can write about us.” 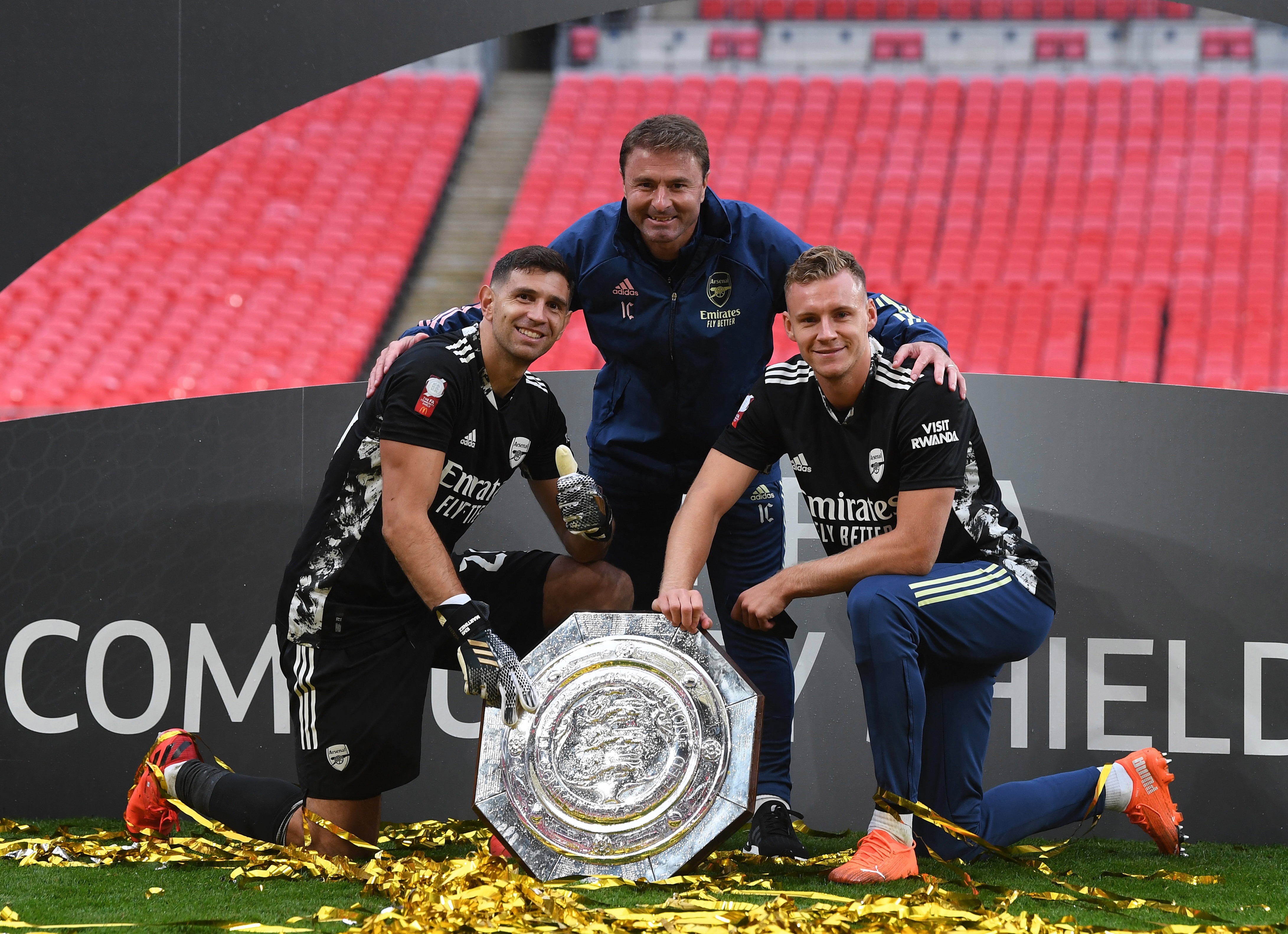