Home » Lifestyle » Vitamin D deficiency: The sign in your weight that could signal you lack the vitamin

Vitamin D is dubbed the “sunshine vitamin” because it is mainly created through direct exposure to sunlight so not getting enough sun exposure can hike your risk of developing a vitamin D deficiency. Because vitamin D is essential for calcium to enter the body, one of the most common casualties of a deficiency is bone deformities. Research have also identified a link to weight gain.

To do this, they took data from the Netherlands Epidemiology of Obesity study, including thousands of men and women aged 45–65.

The team focused on total fat, abdominal subcutaneous adipose tissue (belly fat under the skin), visceral adipose tissue (around the organs), and hepatic fat (in the liver).

During their analysis, they adjusted the data for a range of potentially confounding variables, such as alcohol intake, smoking, ethnicity, education level, chronic disease, and physical activity levels.

What did they find out? The research team discovered that in women, both total and abdominal fat were associated with lower vitamin D levels, but that abdominal fat had the greatest impact.

In men, however, lower vitamin D levels were significantly linked with fat in the liver and abdomen.

Commenting on their findings, study lead Rachida Rafiq said: “[T]he strong relationship between increasing amounts of abdominal fat and lower levels of vitamin D suggests that individuals with larger waistlines are at a greater risk of developing deficiency, and should consider having their vitamin D levels checked.”

DON’T MISS
Coronavirus: How likely are you to die from the virus? Expert reveals those most at risk [INSIGHT]
Hair loss treatment: The mineral supplement proven to keep hair loss at bay [TIPS]
Coronavirus: When will it end? Experts reveal if virus could die off in warmer weather [INSIGHT]

Who else is at risk of a vitamin D deficiency?

According to the Department of Health, you are at risk if you:

If you have dark skin – for example you have an African, African-Caribbean or south Asian background – you may also not get enough vitamin D from sunlight, says the DoH.

At-risk groups should consider taking a daily supplement containing 10 micrograms of vitamin D throughout the year, adds the heath body.

Taking too many vitamin D supplements can pose health risks, however. 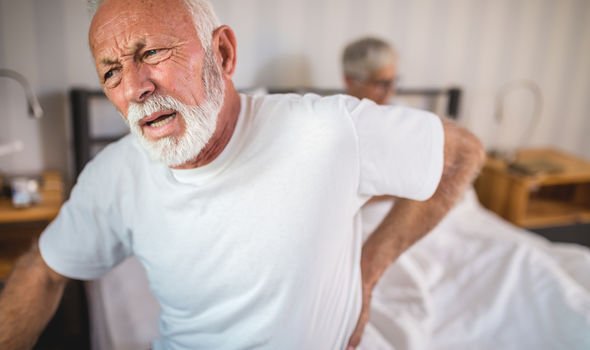 The NHS explains: “Taking too many vitamin D supplements over a long period of time can cause too much calcium to build up in the body (hypercalcaemia).”

A calcium build-up can can weaken the bones and damage the kidneys and the heart.

Taking more than 100 micrograms of vitamin D could be particularly risky, notes the health body.

“This applies to adults, including pregnant and breastfeeding women and the elderly, and children aged 11 to 17 years,” it says. 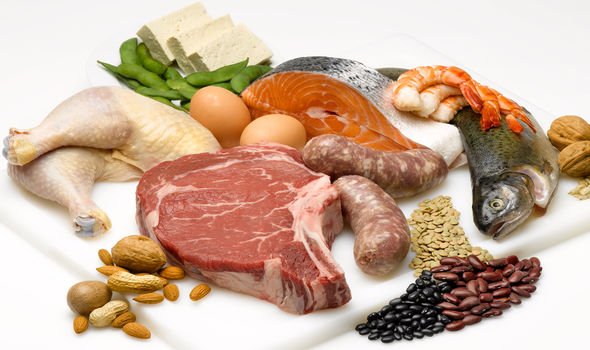 While it cannot treat a vitamin D deficiency on its own, the vitamin is found in a small number of foods.

Fortified foods – such as most fat spreads and some breakfast cereals

In the UK, cows’ milk is generally not a good source of vitamin D because it isn’t fortified, as it is in some other countries, notes the NHS.

As the health body reiterates, exposure to sunlight is the most effective way to absorb the vitamin, but remember to cover up or protect your skin if you’re out in the sun for long periods to reduce the risk of skin damage and skin cancer.