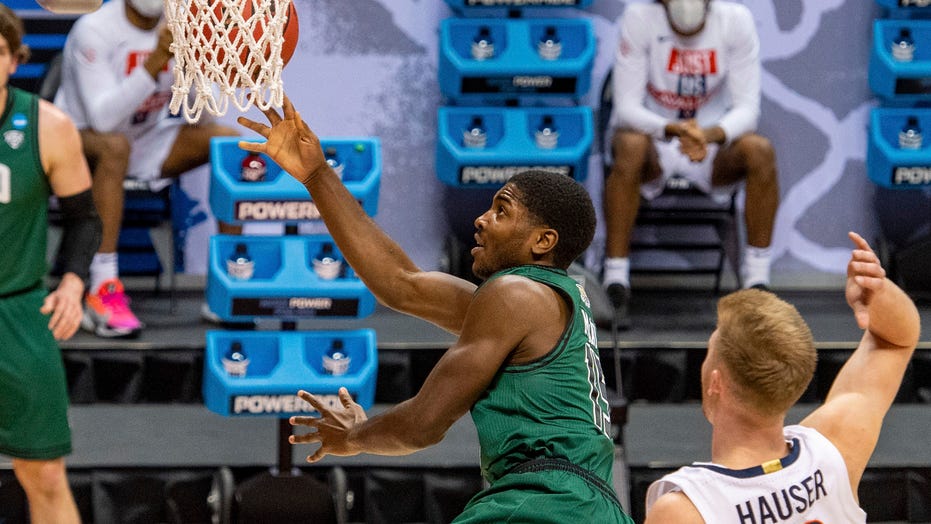 Virginia’s unusual title defense ended with another upset loss in the NCAA Tournament, falling 62-58 to Jason Preston and Ohio on Saturday.

Some familiar problems showed up again for the fourth-seeded Cavaliers, who struggled to score during a key stretch in the second half and shot 35% from the field for the game. Virginia became the first No. 1 seed to drop its opening game in the NCAA Tournament when it lost to UMBC in 2018, but it used the setback as motivation in its run to the championship in 2019.

Last year’s NCAA Tournament was canceled because of the pandemic, delaying the Cavaliers’ title defense. They just arrived in Indiana on Friday because of COVID-19 issues, and now they are heading home again.

Preston and Ben Vander Plas delivered for Ohio after leading the Bobcats to the Mid-American Conference Tournament title. Next up is No. 5 seed Creighton on Monday.

Preston finished with 11 points, 13 rebounds and eight assists. Lunden McDay sealed the victory at the free-throw line in the closing seconds.

Sam Hauser had 15 points and nine rebounds for Virginia (18-7), which won the ACC regular-season title and then had to withdraw from the conference tournament after a positive COVID-19 test.

Virginia spent seven days in quarantine, using virtual meetings to prepare for the matchup with Ohio. After becoming the final team to arrive, it still had to go through two rounds of tests just to be cleared to play.

“The program was quarantined for seven days after the positive test, they had seven negative tests and came here and tested negatively and haven’t tested positive since then,” Kentucky athletic director Mitch Barnhart said on the telecast. Barnhart is the chairman of the NCAA’s selection committee.

While Virginia controlled most of the first half and looked as if it might pull away when it opened a 38-31 lead, Ohio stormed back. Mark Sears made a layup and Vander Plas connected on two long 3-pointers to give the Bobcats a 45-40 advantage with 6:58 left.

Ohio: The Bobcats weren’t at their best but they were good enough to pick up their third consecutive first-round win. They beat Michigan in 2012 and Georgetown in 2010, and now they are just one win away from making their second Sweet 16 run in a decade.

Virginia: It was a rough week for the Cavs, who weren’t even sure whether they would play until passing both rounds of testing in Indiana. It’s unclear whether the lack of practice affected their conditioning or sharpness, but they struggled as the game went on.