More than 400 new houses will be built in Victoria to counter a decade-long surge in the number of Aboriginal people presenting as homeless.

The government will on Thursday announce $150 million in funding to provide more social and affordable housing for Aboriginal people in the state. 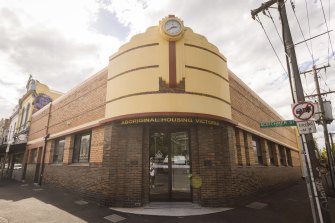 Support services such as Aboriginal Housing Victoria in Fitzroy North have reported a long-term rise in homelessness.Credit: Paul Jeffers

The pledge comes on top of $35 million announced in 2020 to upgrade existing Aboriginal affordable housing and is in addition to the government’s $5.3 billion Big Housing Build scheme for increasing social and affordable housing.

The latest Victorian Aboriginal Housing and Homelessness Framework annual report identified a tenfold increase in the rate of Aboriginal people presenting to homelessness services compared to a decade ago.

The report also found that one in six Aboriginal people in Victoria requires assistance for homelessness.

“We know that while the Big Housing Build is a significant investment, this announcement is a positive indication that planning for future growth and investment in community housing is continuing,” she said.

“This is what happens beyond the Big Housing Build to transform the lives of many more Victorians, particularly Aboriginal Victorians.”

The new grants will fund more than 400 new homes for Aboriginal households on the Victorian Housing Register and contribute to the government’s goal of increasing the state’s social housing stock by 10 per cent by 2024.

The government’s announcement follows decades of under-investment in social housing over a period in which there was record population and economic growth, according to a joint statement issued by the Housing Peaks Alliance. 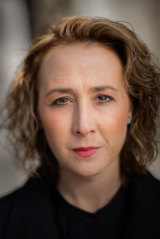 The joint statement, titled Make Social Housing Work: a framework for Victoria’s public and community housing 2020-2030, reveals Victoria is lagging the national 4.5 per cent average of social housing as a proportion of all available housing stock.

“To simply maintain the current level of social housing at 3.2 per cent, 3500 new public and
community housing units would need to be built every year over the next 10 years,” it said.

Minister for Housing Richard Wynne said the new investment would also further support the principles of self-determination for Aboriginal people in Victoria.

“Having a home means security, stability and staying safe,” he said.

“We’re proud to support Aboriginal organisations to deliver housing options that will best support their communities so they can thrive and live culturally rich lives,” she said.