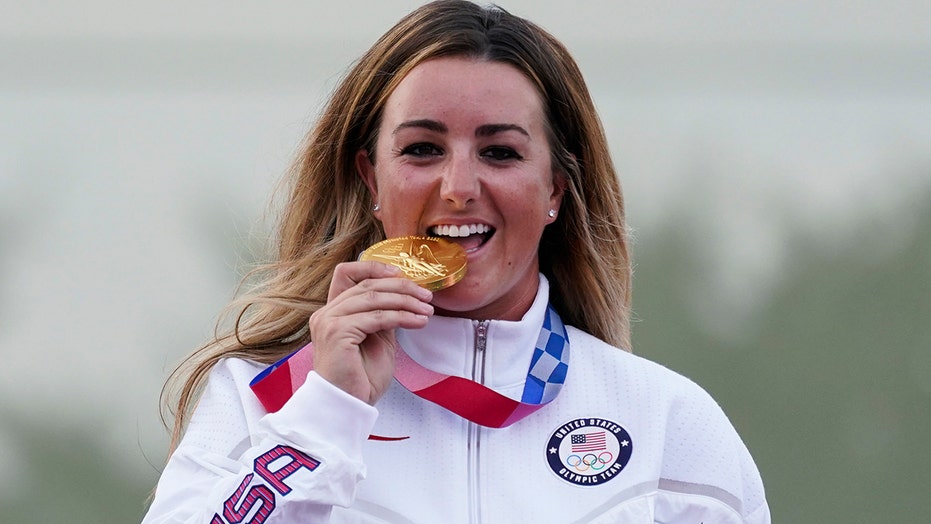 English set an Olympic record hitting 56 of 60 targets to knock off Italy’s Diana Bacosi. The Italian shooter was the gold medalist in the event in the 2016 Rio Games. 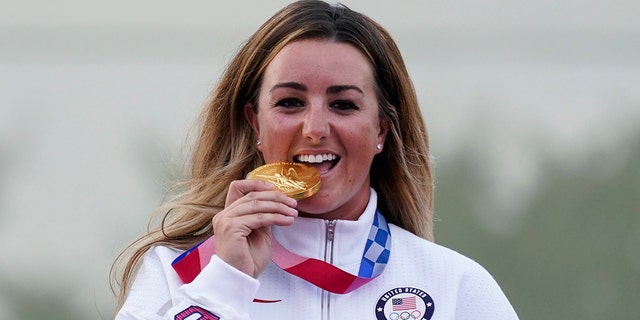 Amber English, of the United States, celebrates with her gold medal in the women’s skeet at the Asaka Shooting Range in the 2020 Summer Olympics, Monday, July 26, 2021, in Tokyo, Japan. (AP Photo/Alex Brandon)