MACKENZIE DERN wowed fans by celebrating her UFC victory over Randa Markos with a cheeky dance in the octagon.

A first-round submission victory over the Canadian saw Dern bag the Performance of the Night honour. 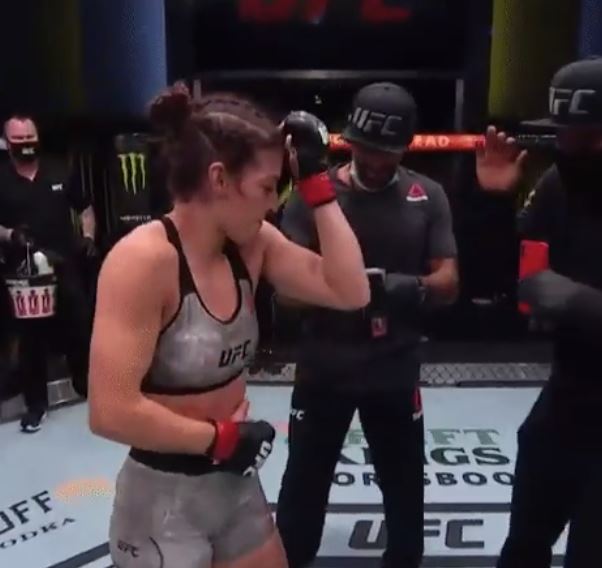 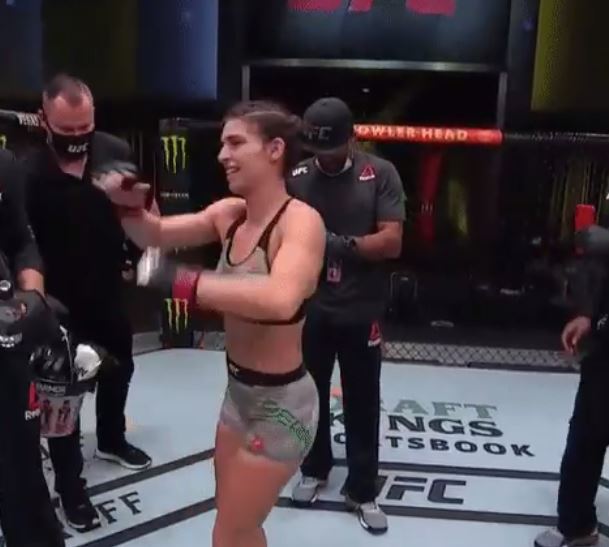 With a ninth MMA win under her belt having hardly broken a sweat, the Brazilian-American had plenty of energy left to perform a little jig.

The nature of the victory was far from a surprise for Dern's followers, with the 27-year-old a world champion in jiu-jitsu and a veteran of the grappling circuit.

Dern is fast gaining a reputation in UFC having won six of her ten MMA fights via submission – alongside last year's defeat to Amanda Ribas.

After the fight, she proclaimed: "I’m so happy. I really wanted to show my hands a little more.

"I don’t know why the girls want to stay on the ground with me. I got a submission, representing jiu-jitsu."

No UFC fighter has ever won more strawweight contests via submission than Dern, with this her third.

And her fellow pros were left in awe at the ease with which she continues to put opponents on the floor.

And Aljamain Sterling wrote: "The high level of BJJ [Brazilian Jiu-Jitsu] IQ required to transition into that armbar finish says A LOT! This division needs to pay attention here.

"On the feet, take advantage bc Dern just needs one TD and she can end the show in multiple creative fashions. I love BJJ and I’m always blown away by her."

While Tatiana Suarez commented: "Beautiful bjj as always by Dern."