ISRAEL ADESANYA is still the UFC middleweight champion of the world following a dominant victory in his rematch with bitter rival Marvin Vettori.

The Last Stylebender locked horns with the Italian Dream early on Sunday morning in the main event of UFC 263 in Glendale, Arizona. 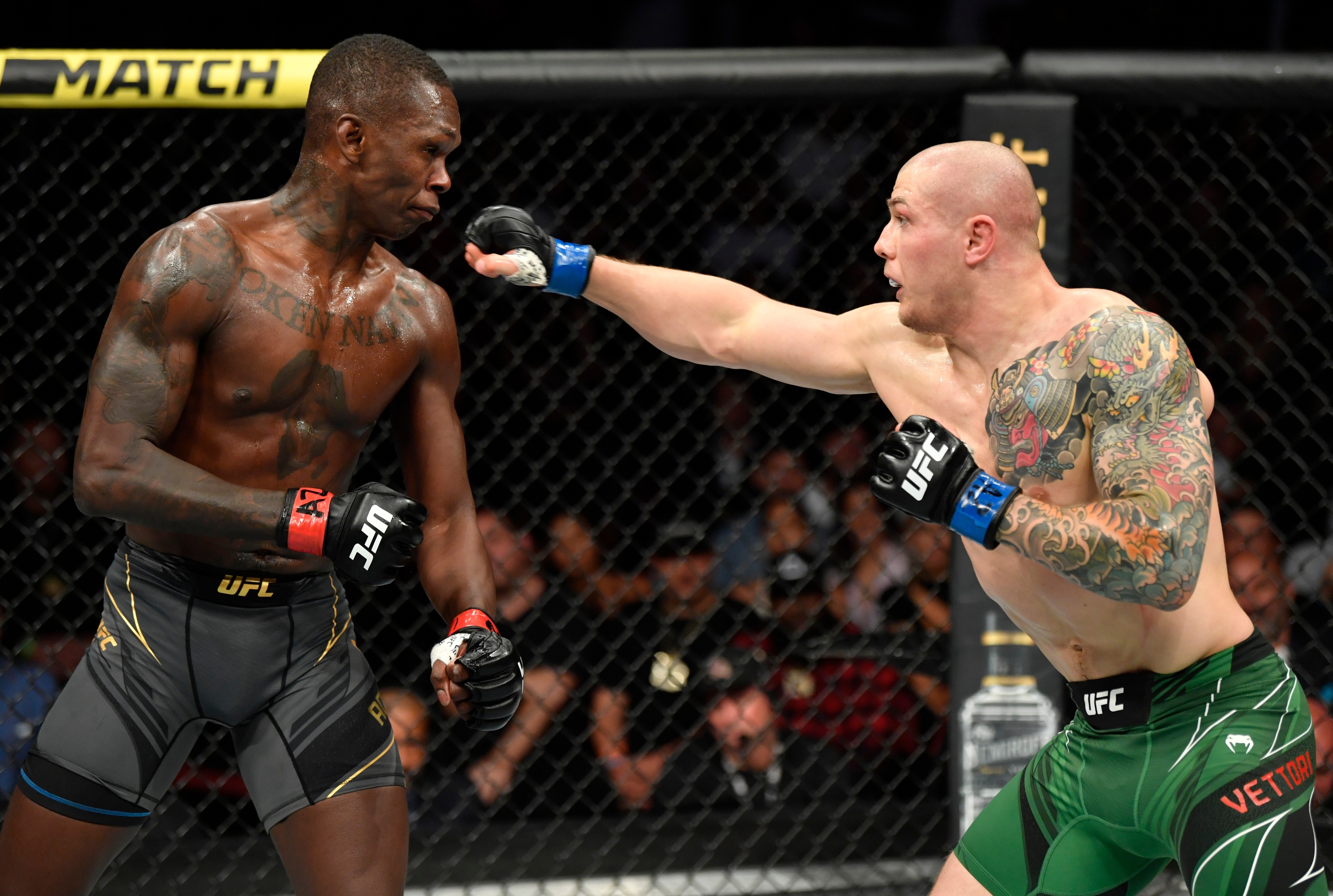 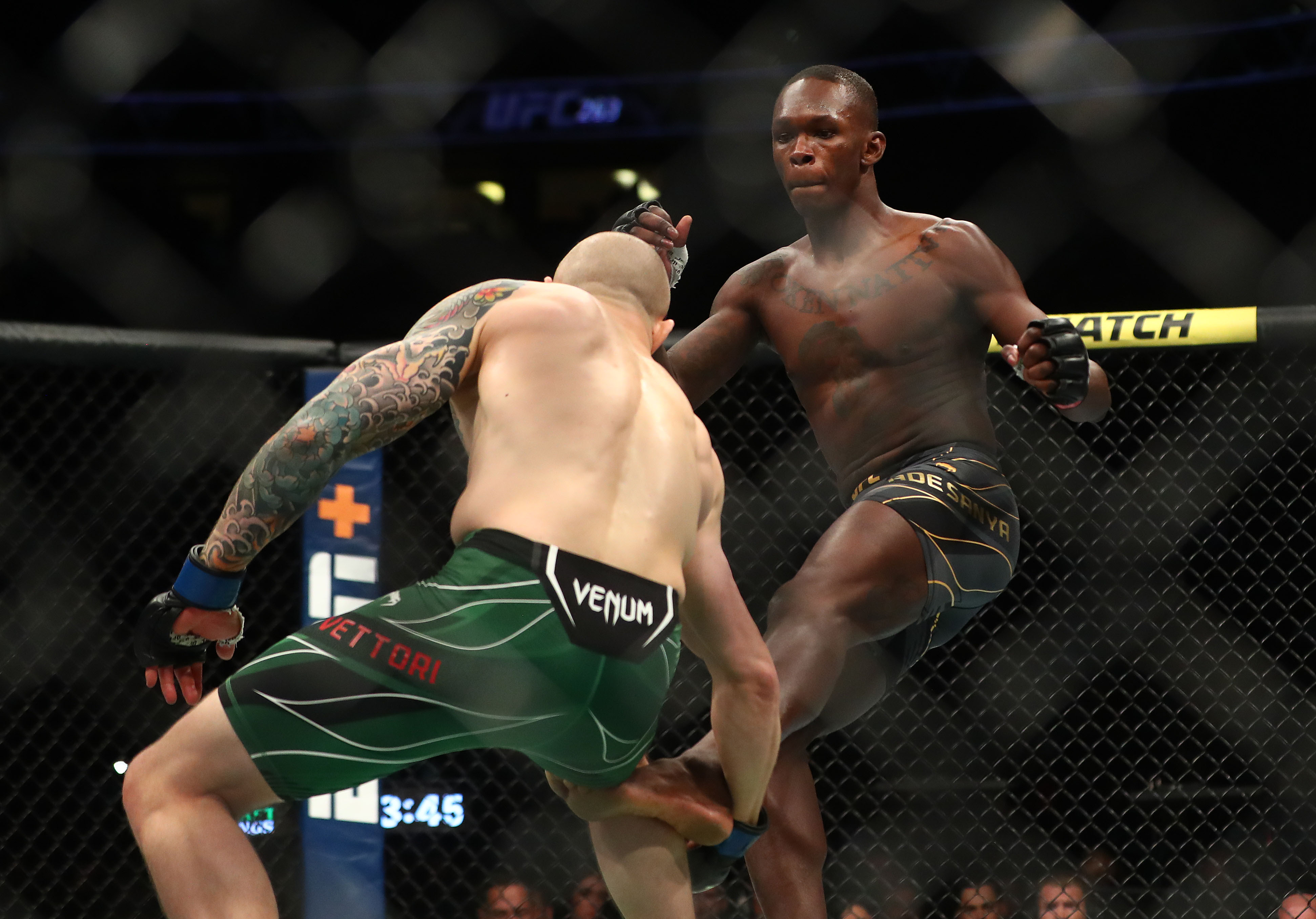 Tensions between the pair have been high ever since their first meeting three years ago at the very same arena, where Adesanya recorded a split-decision victory over the Mezzacorona mauler.

And The Nigerian-born Kiwi put an end to their rivalry with a striking masterclass, which earned him a unanimous decision victory.

Vettori, 27, went into his second meeting With Adesanya brimming with confidence.

But that confidence soon withered following the early exchanges in the first round.

Fan favourite Adesanya was loose and light on his feet from the get-go and set his sights on Vettori's lead leg – which he targeted with nasty leg kicks.

Vettori eventually got a read on Adesanya's method of attack and landed a takedown. 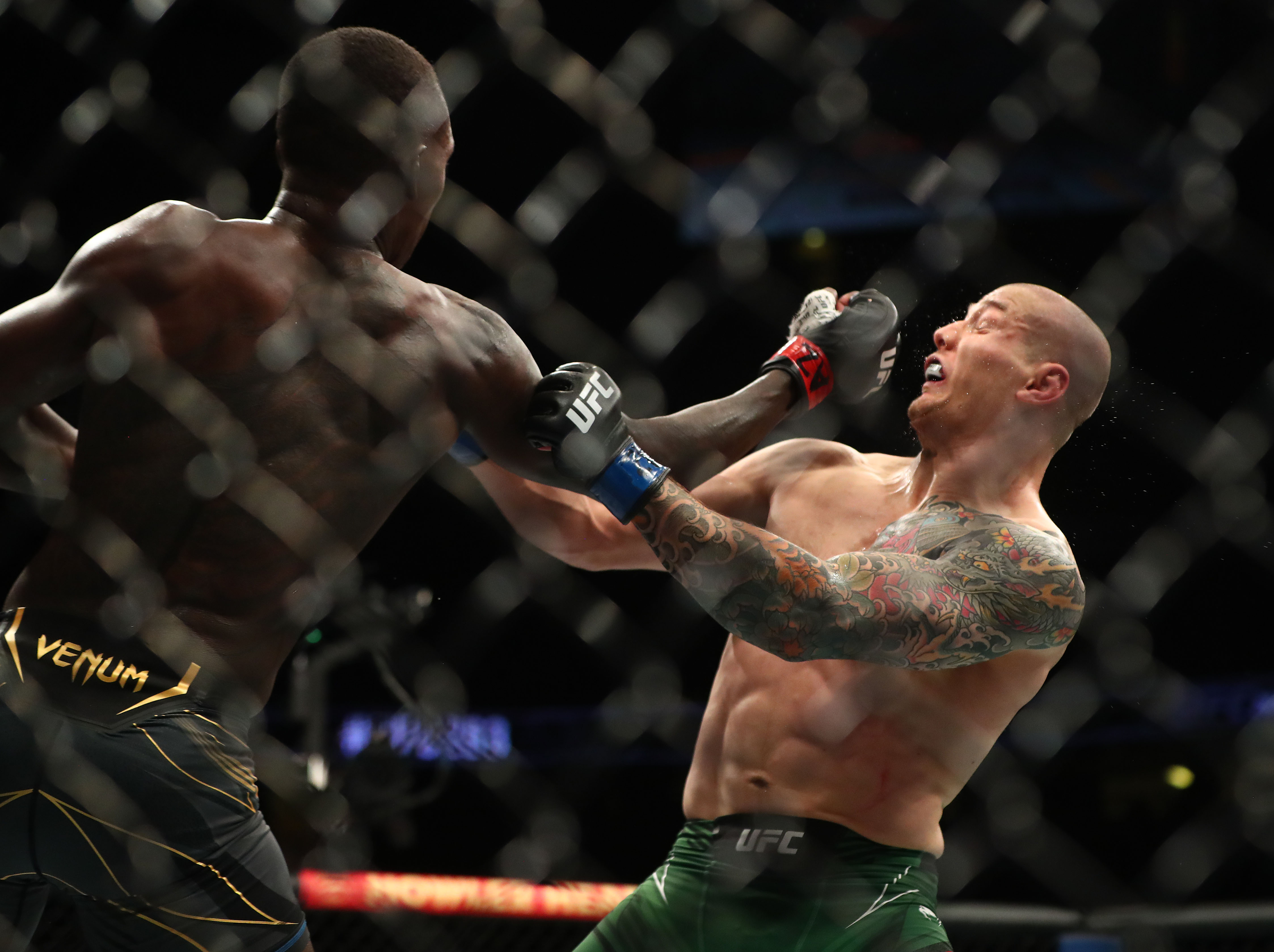 He was, however, unable to keep the champ on his back. Vettori upped the ante after they returned to the feet but was unable to land any shots of note.

Adesanya didn't deviate from his game plan in the second and continued to chip away at Vettori's lead leg.

Kings MMA's Vettori tried his best to take bring the fight down to the canvas but twice ate a series of nasty elbows that forced him to break his hold.

That greatly frustrated the challenger, who became more aggressive with his approach.

That aggression, however, worked against Vettori as Adesanya timed his blitzes and made him pay with slick counter punches. 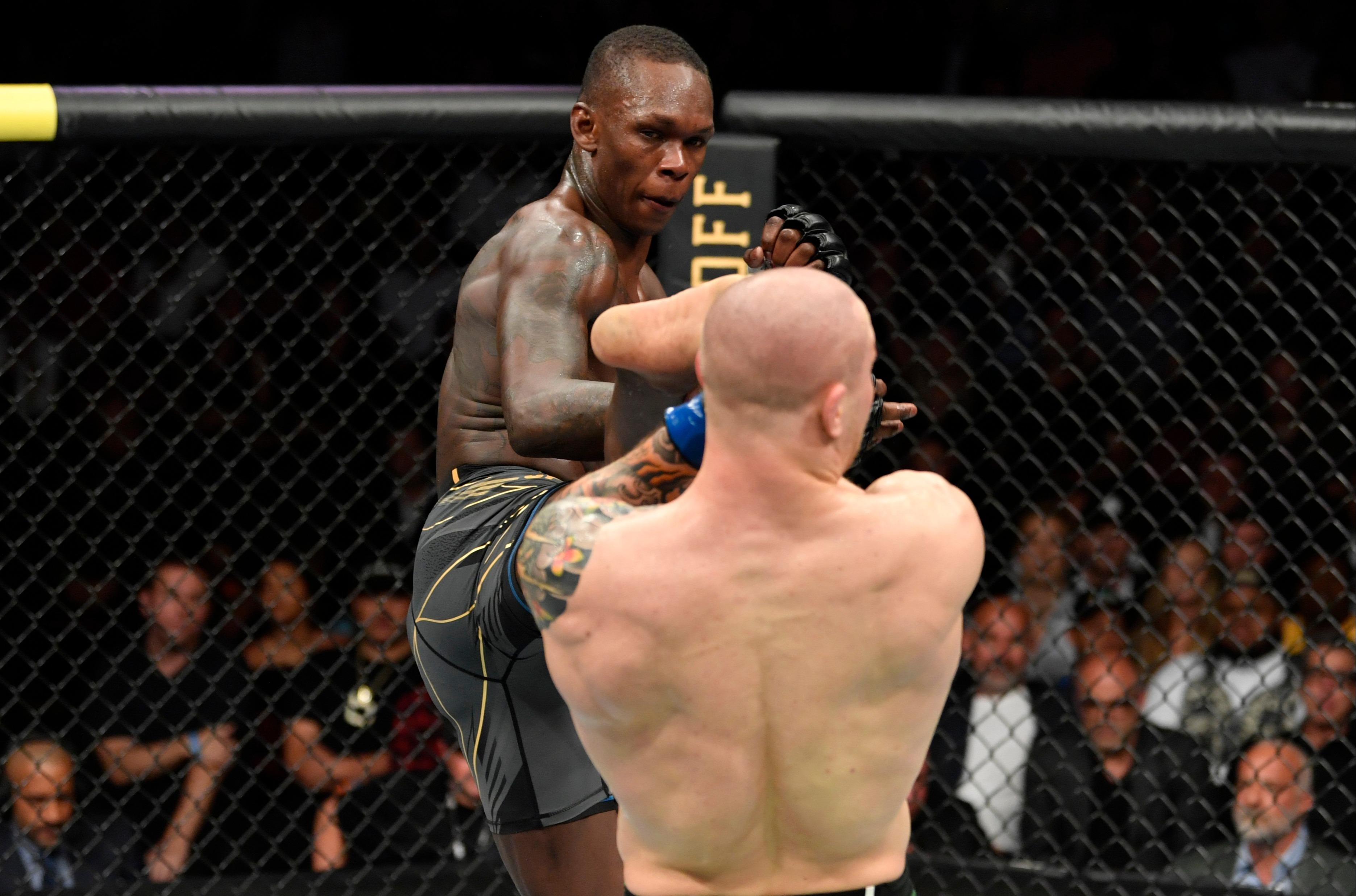 Vettori's best moment came early in the third when he secured a power double-leg takedown and took the back of Adesanya.

The Italian looked to secure a rear-naked choke but was unable to cinch in the submission.

Vettori looked to secure a heel hook as Adesanya made his way back to his feet but was again unable to keep a hold of the lock.

And a nasty leg kick felled Vettori late in the round.

Vettori's desperation was written all over his face after the start of the fourth and prompted him to shoot for yet another take down. 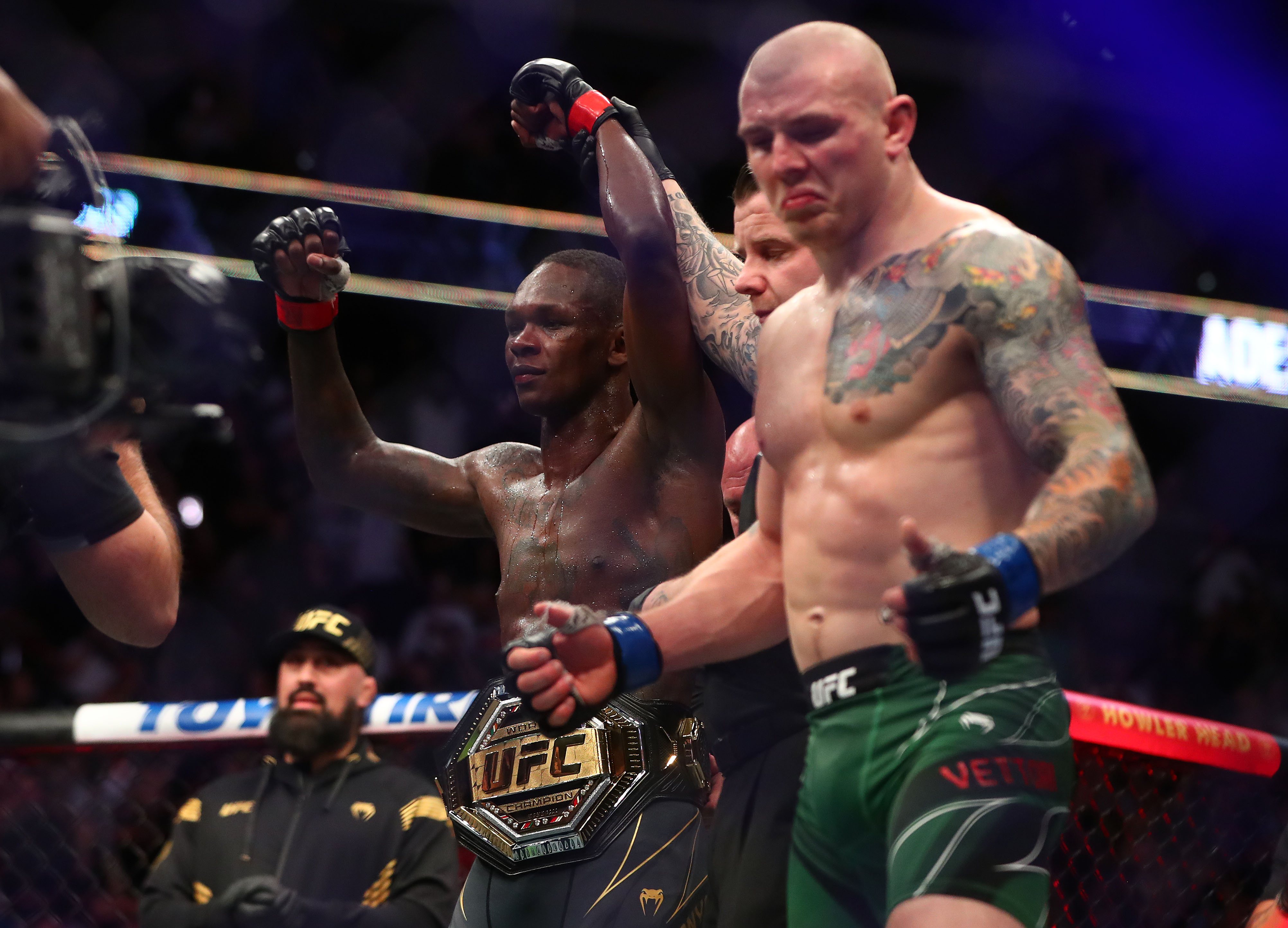 The takedown was successful, although Adesanya immediately reversed position and went back to working on his foe's leg.

A fatigued and disheartened Vettori desperately tried to ground the fight in the fifth but saw his halt-hearted efforts stuffed.

And to make matters worse, Adesanya pretended to be hurt after receiving a handful of punches to thigh right before the buzzer.

All three judges scored the fight the same way, turning in 50-45 scorecards.

After the fight, an emotional Adesanya dedicated his third title defence to his late team-mate Fau Vake – who died last month after allegedly being sucker punched in Auckland.

He said: "Before any formalities, like my team-mate Brad said, one of our boys, one of the guys that was on his way up to the UFC got murdered.

"Let's not mince words, he got murdered by some thugs who are still waking around free.

"This fight, I dedicate to you, Fau."