ISRAEL ADESANYA puts his middleweight title on the line against Yoel Romero at UFC 248 on Saturday night in Las Vegas. 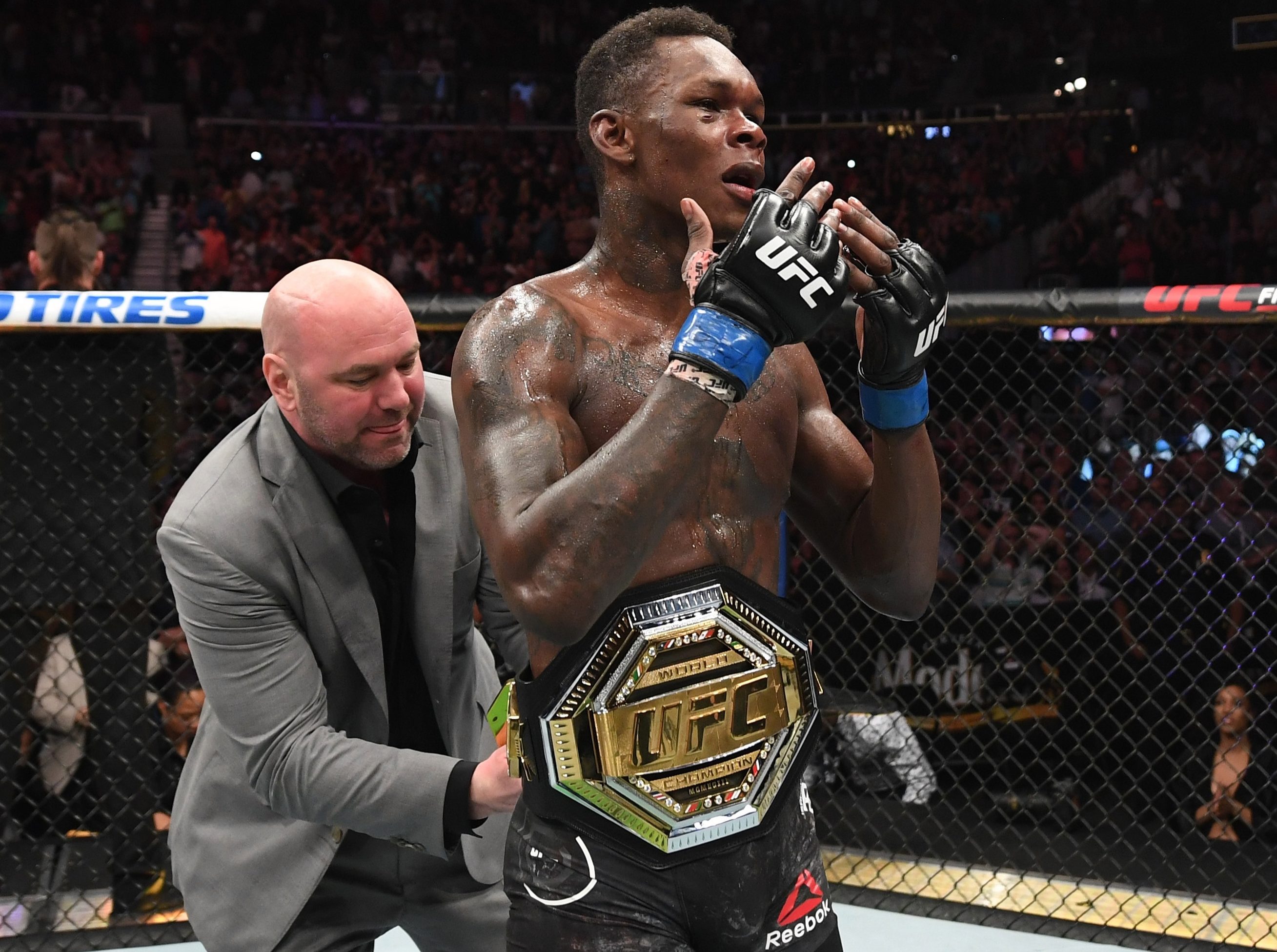 Adesanya has yet to taste defeat in the UFC, and comes into the fight after a devastating second-round win over Robert Whittaker back in October. The veteran Romero, 42, has lost his last two fights, though both were by decisions.

Viewers in the UK can catch all of the action on BT Sport 2 on TV for subscribers.

The show will be live streamed or on BT Sport's website and app.

The early prelims (from 11.30pm) will be shown on UFC's Fight Pass for subscribers. 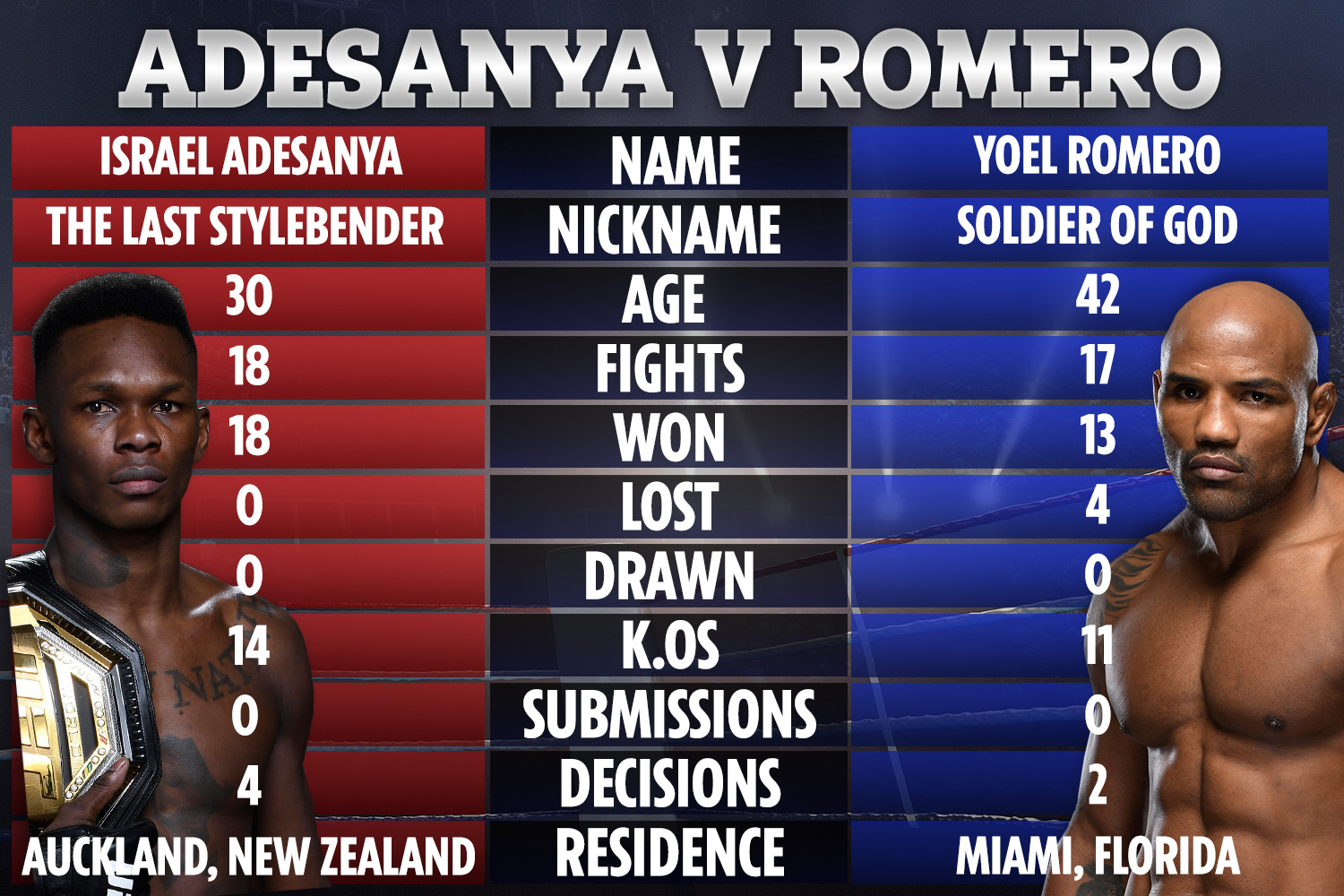 What is the full card?

What have they said?

Adesanya: "I’ve seen this guy quit. ‘Stoolgate’. That tells me what kind of person he is. You see him cheat, grabbing the inside of the gloves, grabbing the fence, and they call these 'veteran moves'.

"I've played against one of the best and most crafty veterans in Anderson Silva and all his fugazi and it didn't work on me. I'm too clued onto it … I've seen it before."

Romero: "Of course. I’ve got to finish. I don’t want to go too crazy hard, but I need to finish the fight. Me and my team have the plan to knock him out. When he makes the little one mistake – boom."