Home » Lifestyle » Two ears are better than one mouth!

Two ears are better than one mouth! Author reveals how improving your ‘active listening’ skills can help to reconnect with those closest to us

No prizes for guessing whose company she preferred. It was Disraeli’s ability to listen that gave him the edge: whether that was to working-class voters, opposing parliamentarians or Queen Victoria, whose preference for him bordered on the unconstitutional. 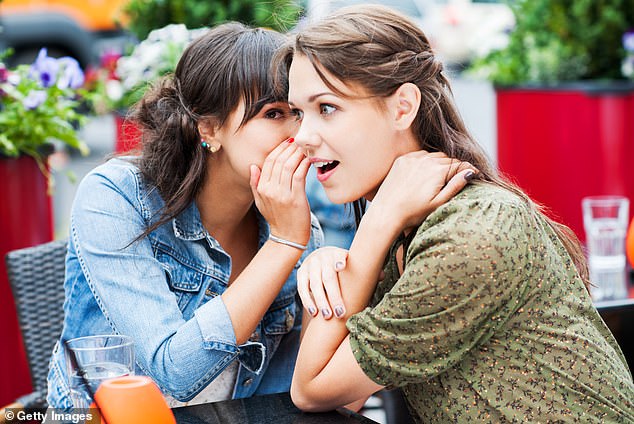 But the great art of listening is withering in the face of our increasingly noisy and navel-gazing culture, claims journalist Kate Murphy. ‘In modern life,’ she says, ‘we are encouraged to listen to our hearts, to our inner voices, to our guts but rarely are we encouraged to listen carefully and with intent to other people.’

The rise of social media has skewed our perception, making us more focused on what we project than what we absorb.

The consequence? A politically divided society and an epidemic of loneliness which, according to the World Health Organisation, has seen the global suicide rate rise 60 per cent over the past 45 years. In 2018, the UK even appointed a Minister for Loneliness to help the nine million Britons who reported feelings of social isolation.

So how do we plug ourselves back into our communities? By using our ears again. It isn’t easy. Many of the people Murphy spoke to freely admitted they were terrible listeners.

She offers tips on good listening from successful CEOs, teachers, scientists, athletes, chefs, economists, creative artists and even con men. She learned that we can all improve our ‘active listening’ skills to reconnect with those closest to us, as well as people we meet on trains or in work corridors. 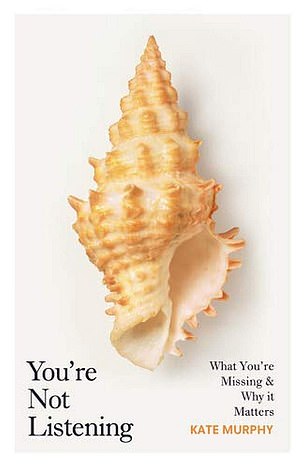 We do this by not interrupting and asking open-ended questions. When a spouse tells you they had a bad day, you can close them down by saying: ‘I’m sorry. Shall we watch Strictly?’ or you can help and expand your own mind with: ‘I’m sorry. What happened?’

We must also remember that over half the emotional content of a conversation is transmitted non-verbally. Sigmund Freud said that: ‘No mortal can keep a secret. If his lips are silent, he chatters with his fingertips; betrayal oozes out of him at every pore.’

This is all hard work. ‘Careful listening,’ says Murphy, ‘is draining, regardless of your personality, aptitude or motivation.’ So it’s fine to draw boundaries. Choose who you hear and when you hear them. Nothing, she says, makes people happier than going back to them later and saying simply: ‘I’ve been thinking about what you said.’

So we should heed the ancient Greek philosopher Epictetus who said: ‘Nature hath given men one tongue but two ears, that we may hear from others twice as much as we speak.’