MESMERISING new movie A Monster Calls has brought tears to the eyes of the harshest critics – and the tragic story behind its ­creation is just as moving.

At the same time that author Siobhan Dowd had her first short story published, breast ­cancer put a time limit on how much more she could write.

Even during gruelling chemotherapy she penned four novels in a bid to get her words out into the world.

But with her treatment failing in the spring of 2007, Siobhan was too weak to sketch out more than a ­1,000-word outline of a novel about a lonely boy struggling to cope with his mum’s cancer diagnosis.

She died that summer aged 47. 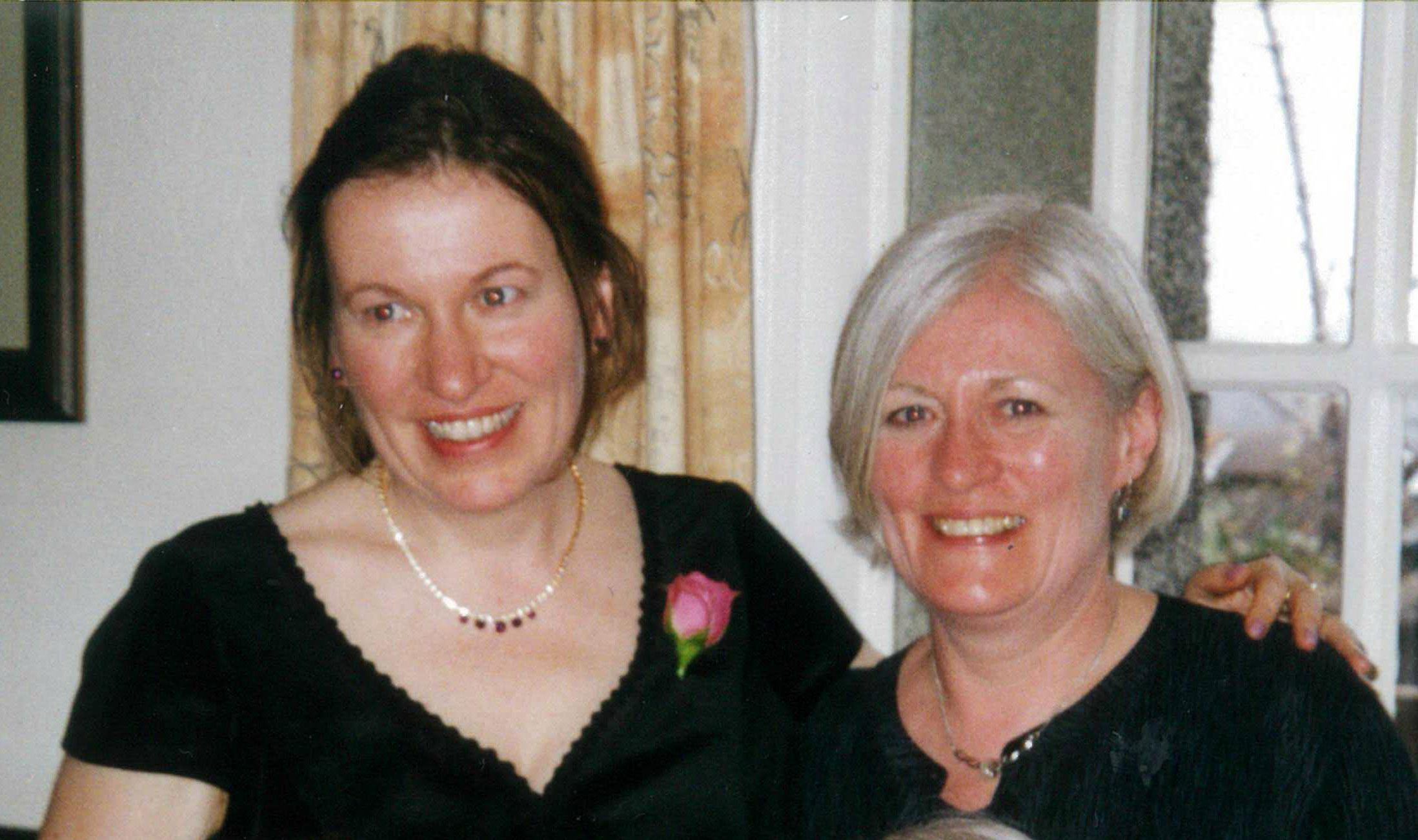 Siobhan’s outline was later fleshed out into a prize-winning novel — and the film version of A Monster Calls is out now starring Felicity Jones, ­Sigourney Weaver and Liam Neeson.

It is the story of a giant yew tree monster, voiced by Neeson, visiting 12-year-old Conor O’Malley at 12.07am every night with a scary fairytale.

The stories help the youngster cope with the anger and fear he feels about his mum’s terminal illness.

The film’s success is also helping Siobhan’s family come to terms with her untimely death.

They revealed how she chose the yew because needles from that tree are used in the chemotherapy drug Taxotere, which did hold back her cancer for a year and a half.

Her sister Denise, 61, tells The Sun: “The book and the film have given us a real legacy for Siobhan.

“It’s something special that not many people have. 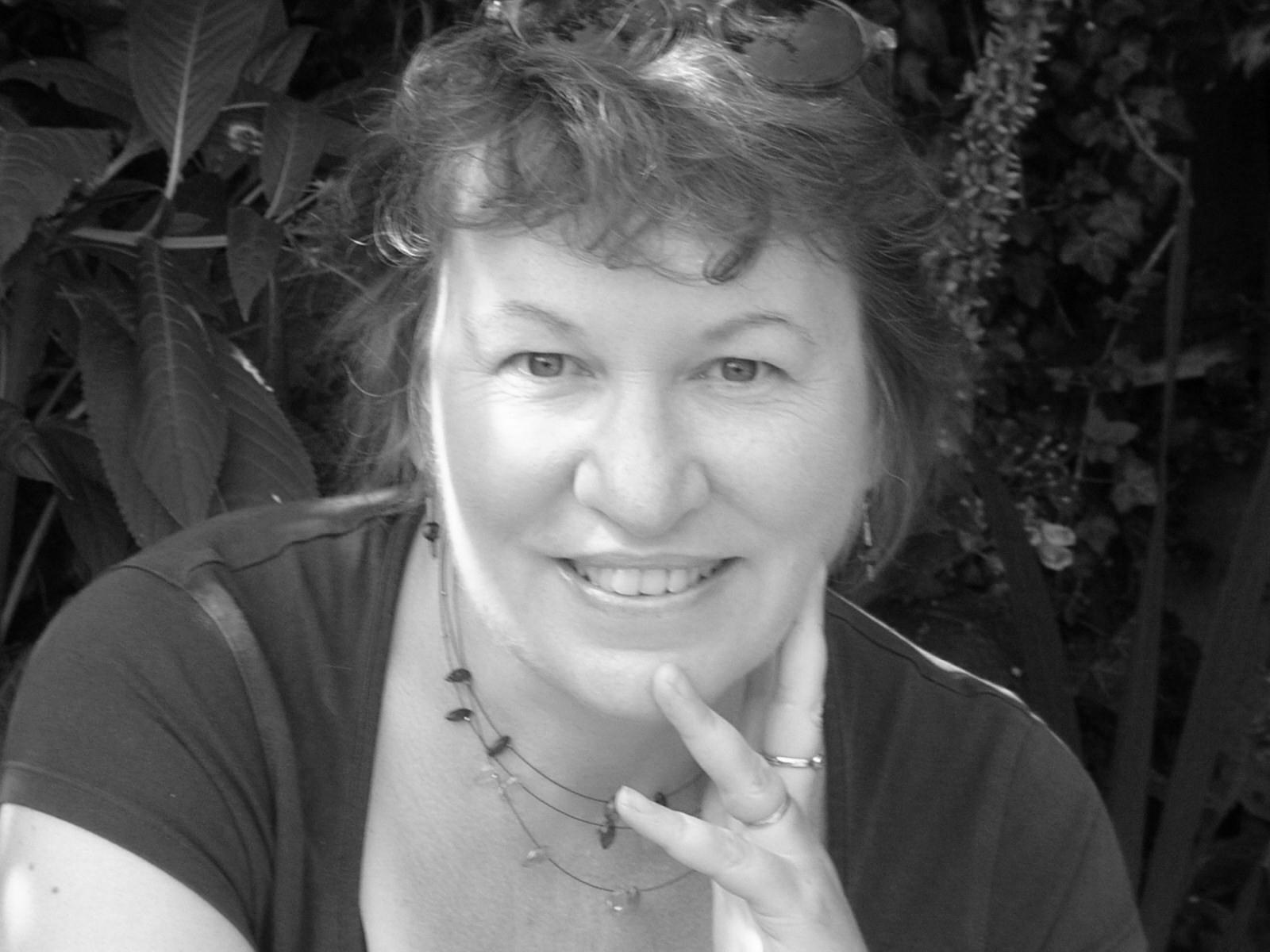 “She had so many ideas and I think she could have ­written forever.

“She did think time was running out for her.

“Once she started having chemotherapy she decided it would be wise to resign from her job and concentrate on her writing full-time for as much as she was able.

“It was so hard for her, writing while ill.

“She had a really big heart, loads of energy and she loved having fun.”

The film’s young star also knows the pain of seeing a parent slip away.

Lewis MacDougall, who plays troubled schoolboy Conor, suffered the death of his own mother Fiona, from multiple sclerosis, shortly before filming started back in 2013.

The 14-year-old, from ­Edinburgh, says: “When I lost my mother I was around Conor’s age, maybe a bit younger.

“There were times before she passed when she was in a bad way, when there was a possibility that she might not get through.

“And I remember vividly having conversations about it.”

Lewis, who has previously appeared in the 2015 film Pan alongside Hugh Jackman, adds: “I was very upset at the time. My dad told me, ‘Your mum might not get through this.’

“So having lived through something like Conor’s experience was helpful — to know what he was going through in any particular moment.

“At times on set it did affect me — it was a bit close to home.”

Sigourney Weaver, who plays Conor’s grandmother, and Felicity Jones (as his mother), prepared for the film by talking to people who had been through the same grieving process, talking to cancer doctors and visiting a hospice.

Siobhan, who was born in London to Irish parents, had her first short story published in 2004 — the same year she was diagnosed with breast cancer.

When the chemotherapy sessions started she quit her job as Deputy Commissioner for Children’s Rights in Oxfordshire and started writing books for youngsters.

Her first novel, A Swift Pure Cry, about an Irish teenager called Shell, was published in 2006 and a year later the children’s thriller The ­London Eye Mystery came out.

Two months later, in August 2007, ­overwhelmed by the rapid spread of the cancer, Siobhan died.

Doctors had told her from the start that they could only prolong her ­battle with the illness, although her family always believed she would be strong enough to beat it.

Denise recalls: “Her consultant was quite honest right from the beginning.

“He said he could control her symptoms but he couldn’t cure her. But you do always hope.” 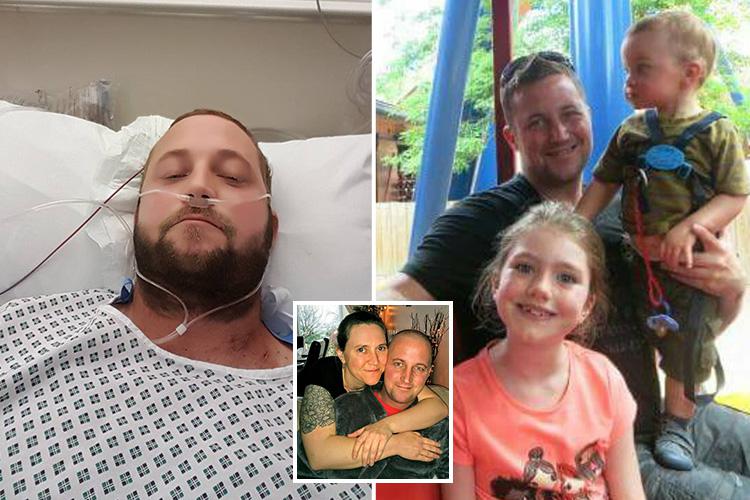 'I'M PRAYING FOR A MIRACLE' 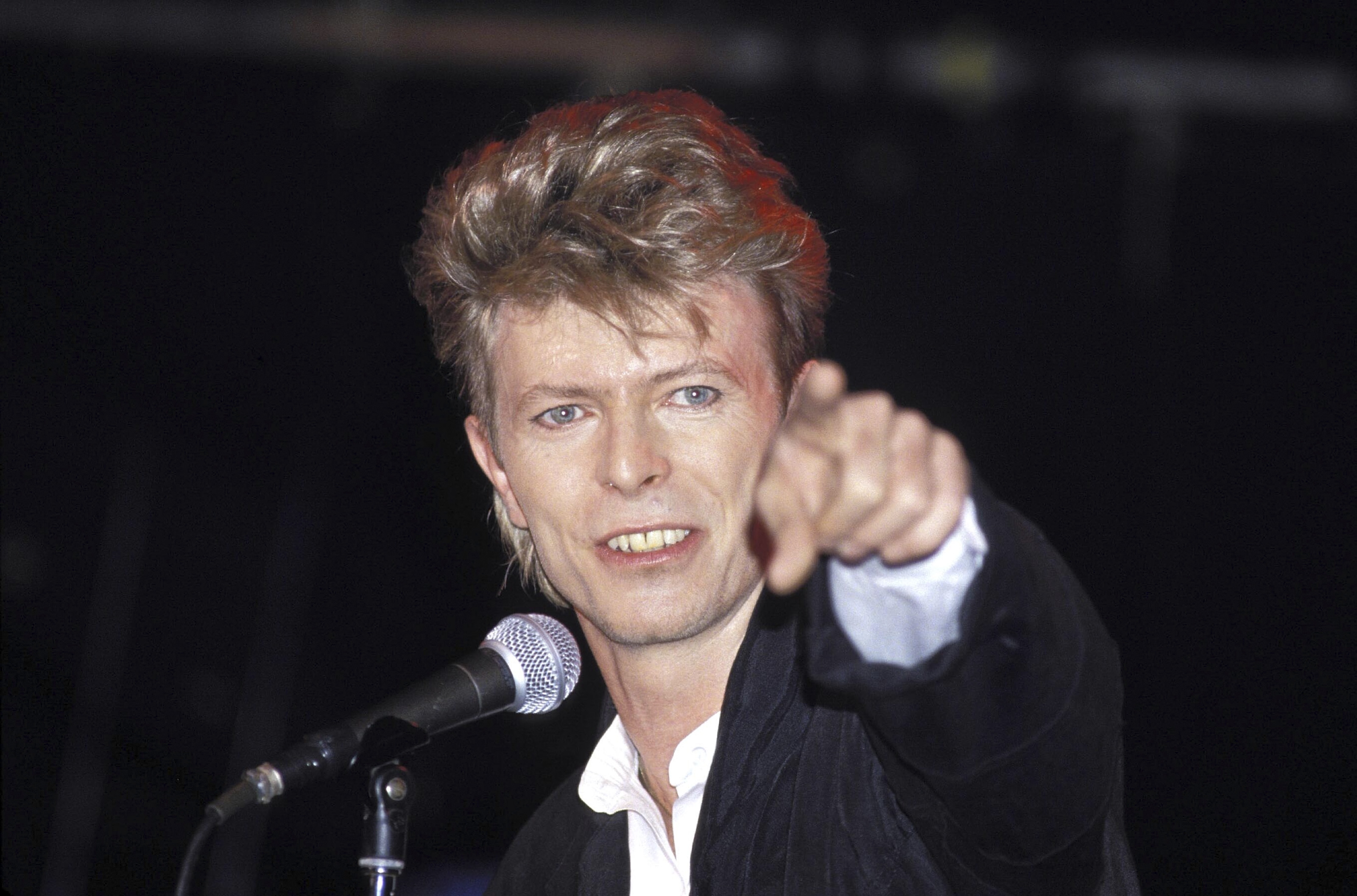 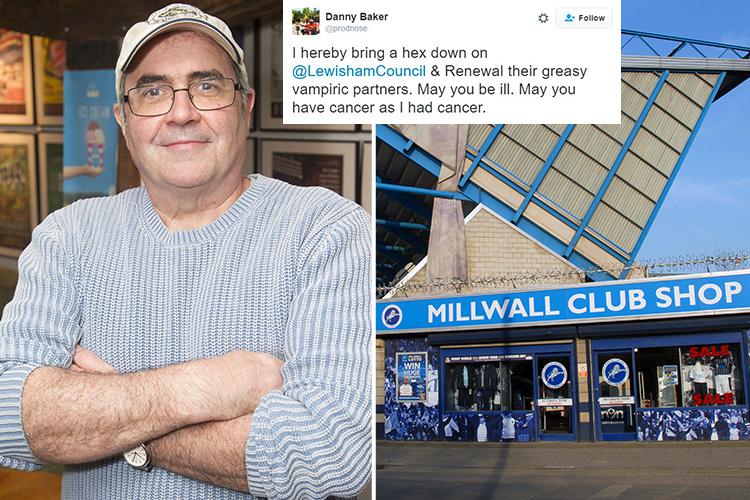 'MAY YOU HAVE CANCER' 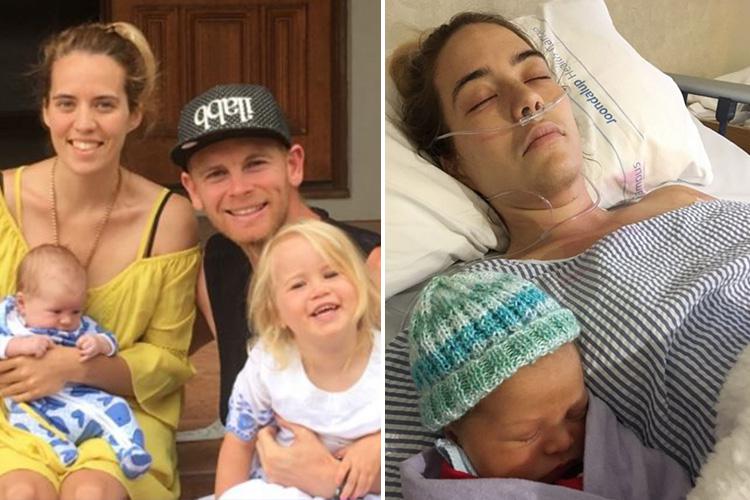 DESPERATE FOR A CURE

Siobhan, who has two other older sisters, Oona, 63, and 58-year-old Enda, did not keep her condition a secret and remained as lively as ­possible right until the end.

Denise adds: “When they launched The London Eye Mystery in 2007 she was brilliant at the party but she couldn’t manage the meal afterwards because she had to go rest.” After her death two more novels she had ­completed, A Bog Child and Solace of the Road, were released.

But A Monster Calls remained just an outline — shorter than this article — and it needed best-selling author Patrick Ness to round it out and turn it into a full book.

It has now been published in almost 40 languages and also won the Carnegie Medal.

Twice-married Siobhan did not have any children of her own but was inspired to write for children by her nieces and nephews. Mother of three Denise, from Stockport, says: “When she started interacting with our children she decided she wanted to write for young adults.

“She would talk to her nieces and nephews who were coming into their teens and lots of stuff from our ­family pop up in her books.”

Days before she died, Siobhan, who was married to librarian Geoff ­Morgan, wrote a will asking for all the money from her books to be used to encourage children to read.

The Siobhan Dowd Trust has already handed out more than £300,000 to give books to the children of military heroes serving in the Armed Forces, the children of prisoners and to the Readathon charity.

The trust has also given copies of A Monster Calls to a bereavement charity for kids called Grief Encounter.

Its chairman Tony Bradman, 62, who commissioned Siobhan to write her first short story, says: “The brief of the Trust which she put in her will was to bring the joy of reading books to children of disadvantaged backgrounds.

Denise and her son John, 30, are both trustees.

She adds: “Adults sometimes find it harder to cope after a death.

“For children, it’s the impending doom, knowing that something ­terrible is going to happen. ­Something outside the scope of their ­experience.

“We had been very open with our children about what was happening to Siobhan. But they were worried about the effect it would have on them and everyone around them.

“Being with Siobhan at the end was terribly important for me. Then suddenly it stopped, and there was this void.

“Grief is a very lonely emotion. You can be surrounded by other ­people who are grieving.

“They can feel a similar pain, but can’t feel your pain.

“Now, if only Siobhan could see how her money was being spent, she would be so happy.”