THERE are plenty of reasons to visit Egypt including the pyramids, the food, the Red Sea diving… and the size of their McDonald's grub.

Because it turns out that the fast food chain like to make gigantic portions for the Egyptian people. 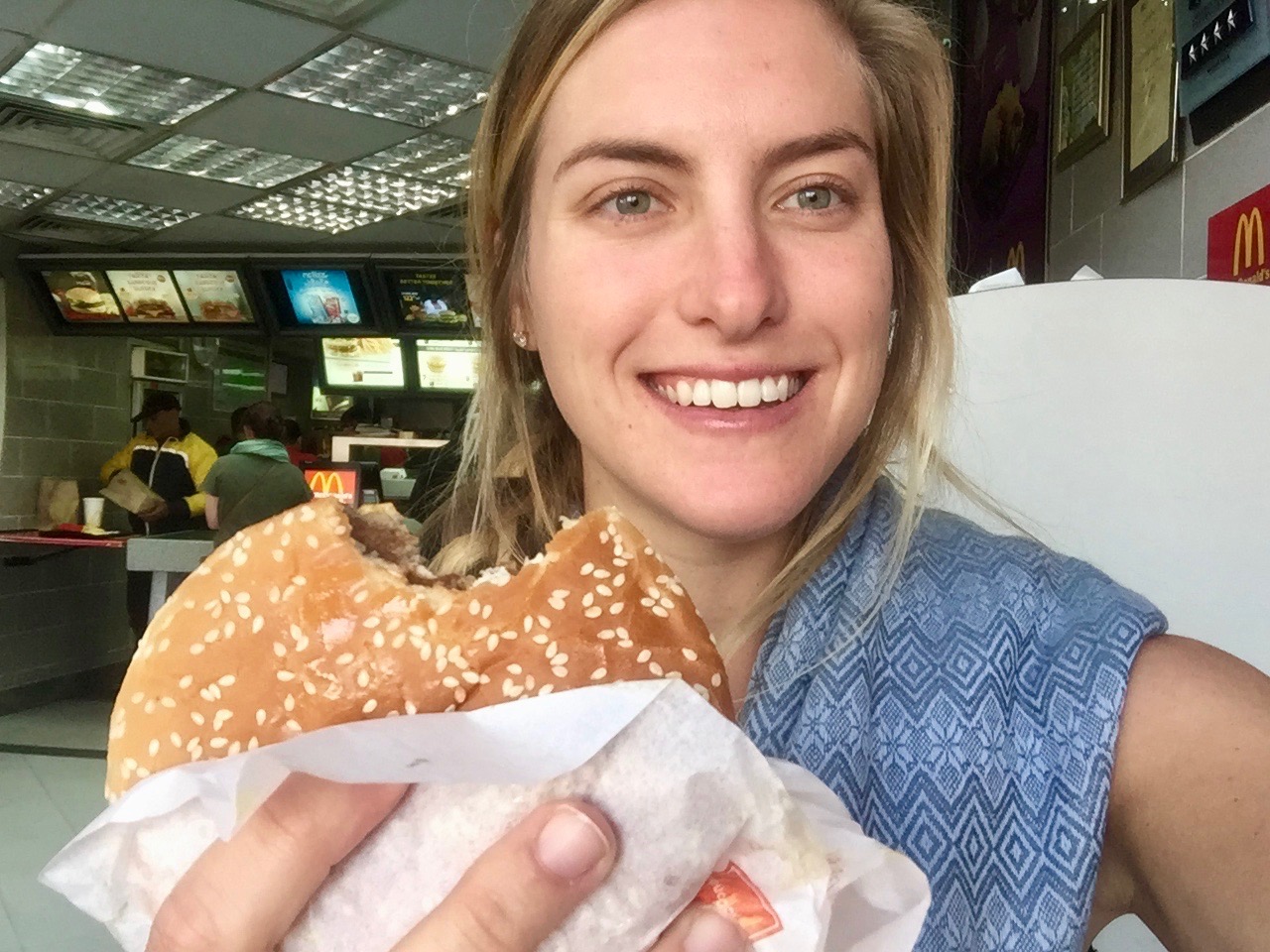 A holidaymaker on a trip to the country discovered that they offered a Mega Mac with four burger patties, gave supersize meals as standard and refused requests for single-patty burgers.

Freelance writer Marina Nazario was in the country on holiday when she spotted the inflated items on the menu.

She had spent two weeks in Egypt on a trip along the River Nile and as a mega Maccy D's fan, had popped into one of their restaurants in Luxor after her tour guide suggested paying a visit.

Marina, who has eaten under the famous golden arches in more than ten countries told Sun Online Travel: When I was on my Contiki tour, I had a really enthusiastic guide who told me that I must try the McDonald’s in Egypt.

"I asked him what makes McDonald’s in Egypt so special and he spoke highly about the fast service and large portion sizes.

"I gave him an odd look because, well, that’s pretty common of any McDonald’s around the world, but I’m always keen to try fast food in a different country." 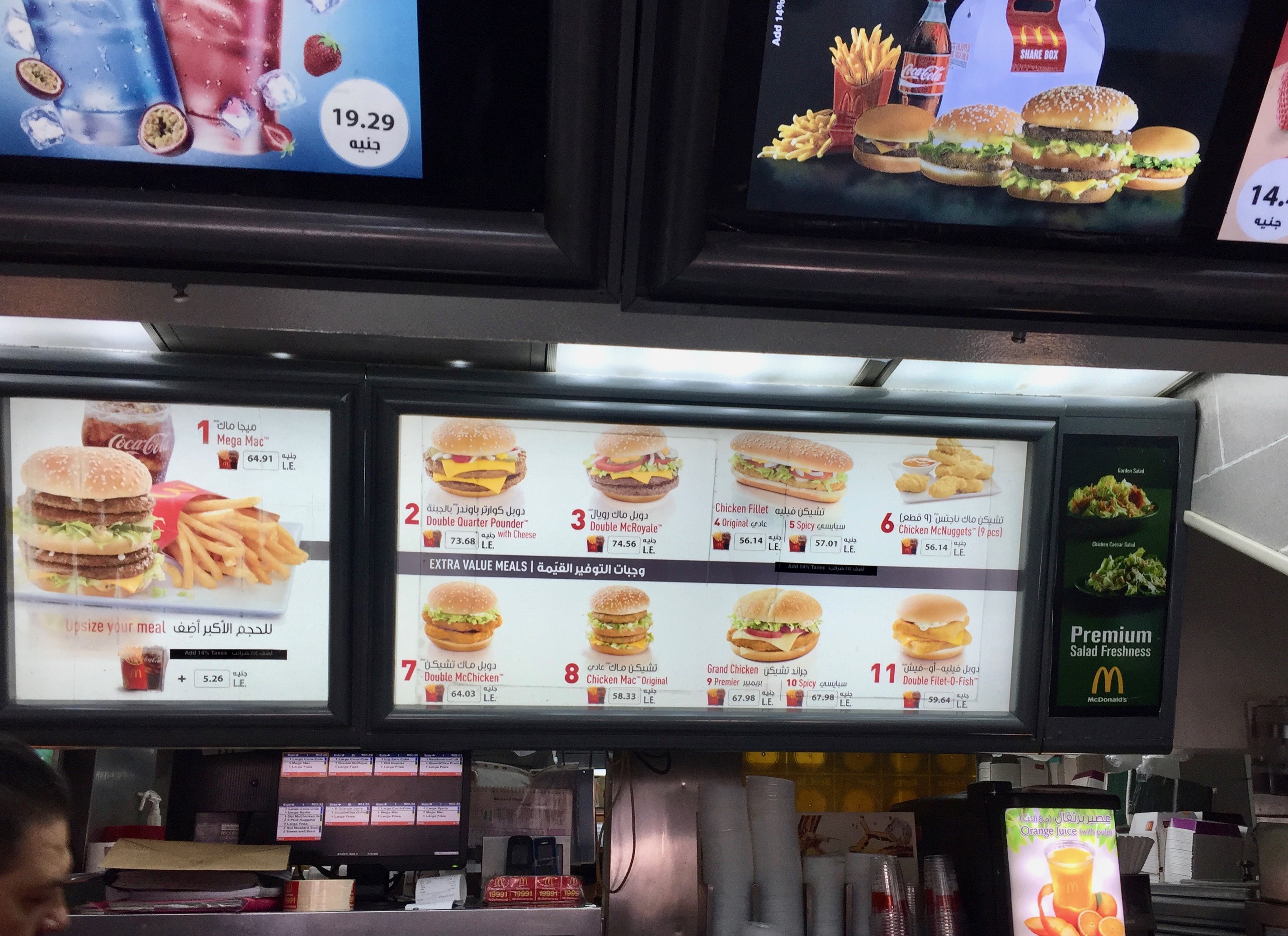 Interested in seeing what the man was talking about, Marina convinced her tour group to come with her when they arrived in Luxor, and they were stunned to see a gigantic four-patty burger for sale.

Marina, 27, from Ft Lauderdale in Florida, said: "There was an unusually large burger on display above the counter. It was called a Mega Mac complete with four patties, three burger buns, two layers of cheese, lettuce, pickles, and onions.

"I looked at it for a solid five minutes wondering if I should try it, but decided against it because I honestly didn’t think I would enjoy it.