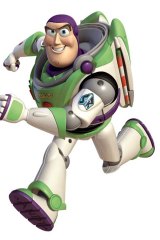 Computer animation has developed in leaps and bounds since 1995, but this first instalment in the Toy Story saga still sets a benchmark for ingenious, touching storytelling. Tom Hanks supplies the voice for Woody, the loyal cowboy; Tim Allen is Buzz Lightyear, the deluded action figure whose friendship with Woody gets off to a bumpy start. Screens as part of the Disney BFF Festival. Digitally projected. Selected Village cinemas (check online).

Austrian filmmakers Veronika Franz and Severin Fiala follow up their debut feature Goodnight Mommy with another eerie examination of the perils of childcare, this time set in snowy Massachusetts. Riley Keough keeps us guessing as the heroine, who was raised in a cult and could be either villain or victim. Selected.

Loosely modelled on The Scarlet Letter, Will Gluck’s 2010 teen comedy offers a mild critique of what would later be known as “slut-shaming” — and more crucially, announced to the world that the young Emma Stone was a star. 35-millimetre print. Astor, Saturday, 7.30pm. Double bill with Little Women.

As the title promises, this assemblage of independent shorts is entirely concerned with dogs and their owners, including dogs in the snow, in the desert, and in space. Real-life canine companions are welcome to come along to this outdoor screening in support of Assistance Dogs Australia, and will even receive a free snack. Moonlight Cinema (Botanic Gardens), Saturday, 8.45pm.