Home » Lifestyle » Tom Brady is about to be an underdog for the first time 5 years, and it’s a good reason to bet the Buccaneers on Sunday 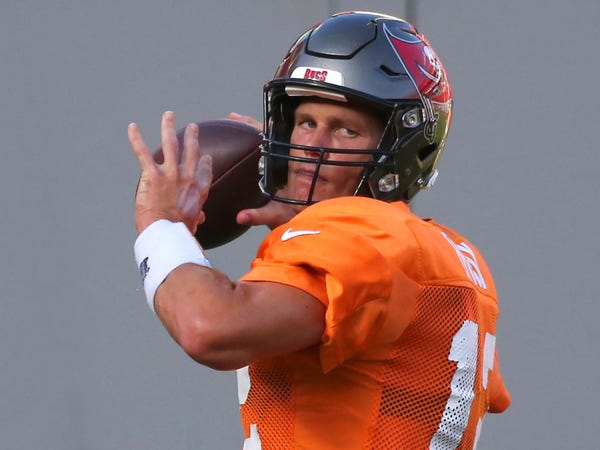 Tom Brady will be in unfamiliar territory when he takes the field on Sunday. Not only will Brady be playing for a new team after 20 years as a New England Patriot, he'll also be an underdog.

As things stand, the Buccaneers are 3-point underdogs against the New Orleans Saints on Sunday. Normally, this wouldn't be big news — the Saints are a strong team, and they're playing at home against a division rival.

But according to ESPN, Tom Brady has not been listed as an underdog heading into a game since 2015, but now he's got some doubters again in the Vegas linemakers.

The last time Brady was the underdog was in 2015's Week 2 game against the Buffalo Bills. But the Patriots wound up winning 40-32.

Over the course of his career, Brady has excelled while playing as an underdog.

According to CBS Sports, Brady has been listed as an underdog 13 times since 2010. In those games, Brady went 10-3 against the spread for bettors, and won nine of the games outright.

While Brady might miss the stout defense of the Patriots to back him up, the absurd amount of offensive weapons at his disposal in Tampa Bay means there's good reason to believe he can upset the oddsmakers once again.