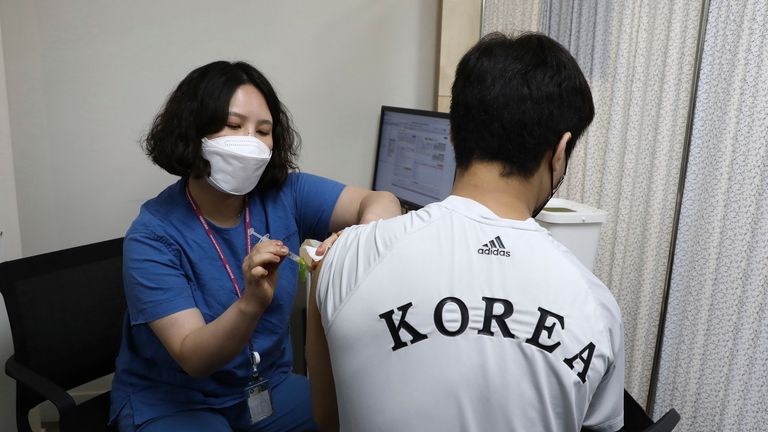 The International Olympic Committee has accepted an offer from Pfizer to provide vaccines to athletes and support staff preparing to compete in Tokyo in July.

The vaccines will be made available via each country’s respective Olympic and Paralympic committees in a bid to protect as many as possible prior to the start of the Games.

IOC president Thomas Bach said: “This donation of the vaccine is another tool in our toolbox of measures to help make the Olympic and Paralympic Games Tokyo 2020 safe and secure for all participants, and to show solidarity with our gracious Japanese hosts.

“We are inviting the athletes and participating delegations of the upcoming Olympic and Paralympic Games to lead by example and accept the vaccine where and when possible.”

The majority of leading medal-winning nations have already committed to providing vaccinations to their athletes and support staff, but others, including Great Britain, have held back.

Olympic Federation of Ireland president Sarah Keane said she believed the new deal ensured the whole of the Irish team heading to Tokyo will be able to access vaccines.

Keane said: “Over recent months we have been very conscious of the wider issues around us in society and were working intensely to advocate for vaccination of the team at the appropriate time when those most vulnerable in society had come first.

“This breakthrough is a major relief for all of us given the significant challenges that we were facing and the lack of time remaining to find a resolution.”

The British Olympic Association has been contacted for comment. This summer’s Games will see strict coronavirus countermeasures rolled out, including a plan to test athletes daily, as they try to reassure a Japanese public made increasingly sceptical by the resurgent pandemic.

Overseas spectators have already been ruled out and a decision on whether to allow domestic spectators will be taken in June, a few weeks before the Games begin on July 23.

Tokyo 2020 President Seiko Hashimoto said that while organisers wanted as many spectators as possible, they were ready to take every step needed to ensure safety.

“We are prepared to hold the Games without spectators,” she told a news conference last month.

All participants must have two negative tests before arrival, officials said, while visitors will not be allowed to use public transport for their first 14 days and must eat in specific locations with special hygiene measures.