Netflix’s standout series of the ‘lockdown era’ has captured attention across the planet, doing exactly what it says on the tin; ‘Murder, Mayhem and Madness’. However, the entertainment of the series has also highlighted the startling notoriety of captive tigers, particularly in the US.

One standout statistic from the docu-series is that more than 7,000 tigers are held in captivity in the States, almost double the amount of wild tigers – 3,900.

Many who have watched the series have called for the tigers at the likes of Joe Exotic’s zoo to be released into the wild where they belong, but experts warn it is not as simple as that.

For starters, it is more than likely that a tiger, or any wild cat, which was born in captivity would not survive for long in the wilderness.

This is because they have been fed by humans from an early age, and do not have the skills to hunt.

Wild tigers can teach their cubs for over a year how to hone their hunting skills – something which they completely lack in captivity. 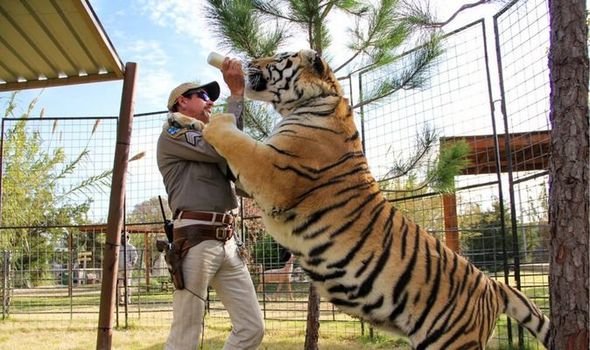 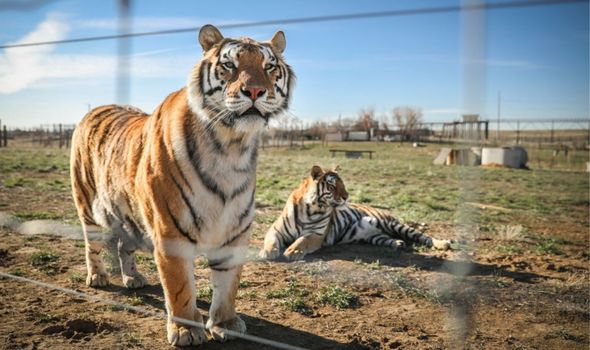 Tara Pirie, a postdoctoral researcher for the People and Wildlife Research Group at the University of Reading, said: “If the opportunity presented itself, captive tigers could kill – it is an instinct.

“However it can take cubs a year or more of training from their mother to develop and hone the skills of locating, stalking, capturing and dispatching their prey, before they are able to survive on their own.

“Captive tigers, regardless if they have been parent or hand-reared, lack the vital exposure from experienced mothers that would make them competent predators in the wild.”

Another issue is the added danger captive big cats which have been released pose to humans.

In captivity, animals such as tigers become used to humans and grow less wary of them. 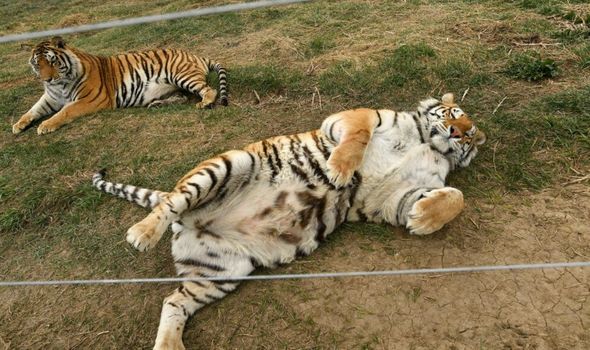 However, being instinctively wild animals, they always pose a threat even if they were reared by people.

Ms Pirie continued in an article for the Conversation: “As a safari guide in South Africa, I have witnessed wild animals becoming used to vehicles and humans but still remaining wary.

“At the other extreme as a zookeeper, I have witnessed a variety of hand-reared animals become aggressive towards people.

“If released into the wild, hand-reared tigers could pose more of a threat to humans and livestock than their wild relatives as they would be more likely to associate humans with food and therefore less likely to avoid human farms and villages. 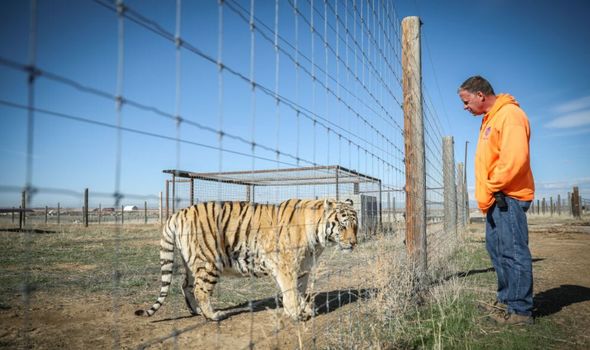 “Unfortunately, roads and farms are reaching ever further into the tiger’s natural habitat and breaking it into smaller fragments, and even the remotest forests in which the animals might be released still have some trace of humans.

“If those tigers encountered people, especially while hungry, it could end in disaster.

“That fact that tigers are relatively easy to breed in captivity does ultimately boost their chances of survival. If worst comes to the worst, it could be possible to reintroduce specially bred and reared tigers into the wild.

“However, animals from private zoos would be unlikely to survive for long or increase wild numbers in the long term. If you want to see wild populations thriving again, don’t count on the tigers of Tiger King.”