Home » Lifestyle » The secret to Joan Collins age-defying looks at 88: It’s about base, not Botox!

Dame Joan Collins, 88, sits down with Piers Morgan tonight for an edition of his ITV Life Stories show. Joan has had a career most actresses can only dream of – and has done it while continuing to look fresh and youthful, even as the years pass by.

She has repeatedly denied having had any plastic surgery – so what does Joan do to look so good?

Speaking to Hello!, Joan said: “I’m very fit and healthy now – knock on wood – and I try to look after myself.”

Having tried Botox once, Joan said it was not for her, and instead she focuses on the very best products, and a full face of makeup.

She continued: “A good base can really help disguise any tell-tale signs of ageing. It’s about base, not Botox!” 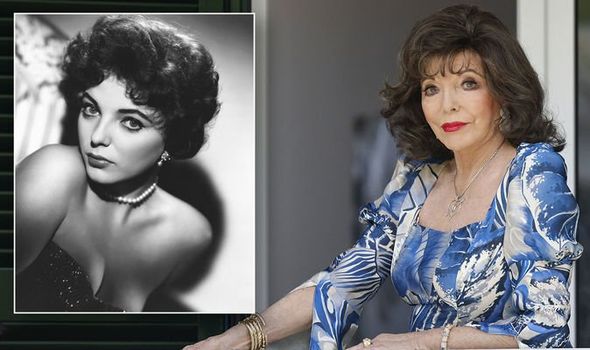 Sharing more information on her favoured makeup tips, Joan said: “I always wear foundation as I believe it helps act as another barrier between skin and harmful elements that can aggravate skin.

“I also wouldn’t dream of going without a great lipstick in a flattering colour.”

Speaking to The Sun in 2017, Joan pushed back at those who refuse to believe she hasn’t enjoyed the nips and tucks of a surgeon’s knife.

She said: “If people want to think I’ve had surgery, then…

“You can tell [I haven’t] because I have lines and jowls. When I see women around my age I think, ‘Oh, really? My gosh, I look quite a bit…’ I think I look pretty good!”

When it comes to her body, Joan is equally careful as she is with her face, and she discussed her workout routine.

The star explained: “Putting on weight – it’s fatal. I have this [indicates lower stomach] and can’t get rid of it. It doesn’t matter what I do.

“I have a trainer who comes over and I do stretches and lunges. We don’t do anything too strenuous because I don’t believe in ‘no pain no gain’.” 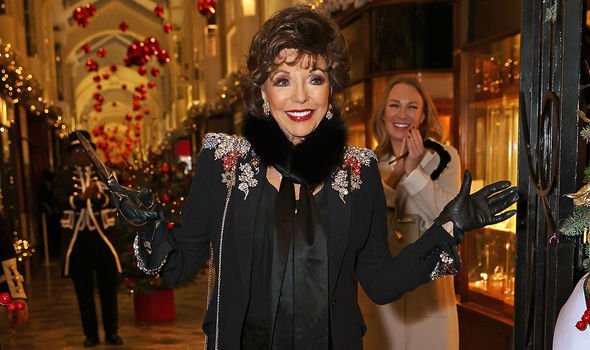 Joan has made millions from her long and successful career as an actress.

But what is her net worth?

Her fortune is estimated to be around $50million, according to Celebrity Net Worth.

The British star’s impressive fortune is thanks to her iconic appearances on TV programmes and films such as Dynasty, The Royals, and American Horror Story.

The actress’ big break came in 1952 when she was given the role of a juvenile delinquent in Believe In You.

In the films that followed, Joan co-starred with big names such as Joan Fontaine, Kenneth More, and Gloria Grahame.

She also appeared in several London plays at this time, including The Skin of Our Teeth and The Seventh Veil. Arguably her biggest role though was as Alexis Colby in Dynasty, which was a global smash TV series, for which she won a Golden Globe.