Home » Lifestyle » The Real Phyllis Schlafly From Hulu's 'Mrs. America' Was Kind Of The Worst

FX on Hulu’s new biopic series Mrs. America tells the story of the movement to ratify the Equal Rights Amendment (ERA), and the unexpected backlash led by Phyllis Schlafly (Cate Blanchett), a woman who was once led the conservative movement in the United States, a.k.a. “the sweetheart of the silent majority.”

Phyllis got a lot of attention in the 1970s, around the same time as women’s rights activist Gloria Steinem, but the two were essentially polar opposites. Not familiar with Phyllis? Here’s what you need to know about her.

For starters, Phyllis was pretty wealthy.

Phyllis was married to a rich lawyer and lived in Illinois with her husband and six kids, according to Time. Phyllis had a full-time housekeeper and lived in a six-bedroom Tudor-style mansion overlooking the Mississippi River, the publication reported.

Phyllis later claimed that she didn’t use her family’s wealth to further her cause and, instead, used funds from a newsletter called The Schlafly Report that she sold for $5 a year.

She publicly opposed a proposed bill that would guarantee equal rights for women in the Constitution.

Phyllis spoke out against the Equal Rights Amendment (ERA), and it was her anti-ERA views that made her famous, according to The New York Times.Phyllis even founded an organization called Stop ERA. Her major argument was that the ERA would have hurt women rather than helping them, by eliminating protections like the right to alimony and being exempt from the draft.

Phyllis was an author.

Phyllis wrote book-slash-treatise called A Choice, Not an Echo, which was written in support of Barry Goldwater’s presidential campaign. According to Amazon’s description of the book, it was an “attack” on Republican governor Nelson Rockefeller. She ultimately ended up publishing nine different books. 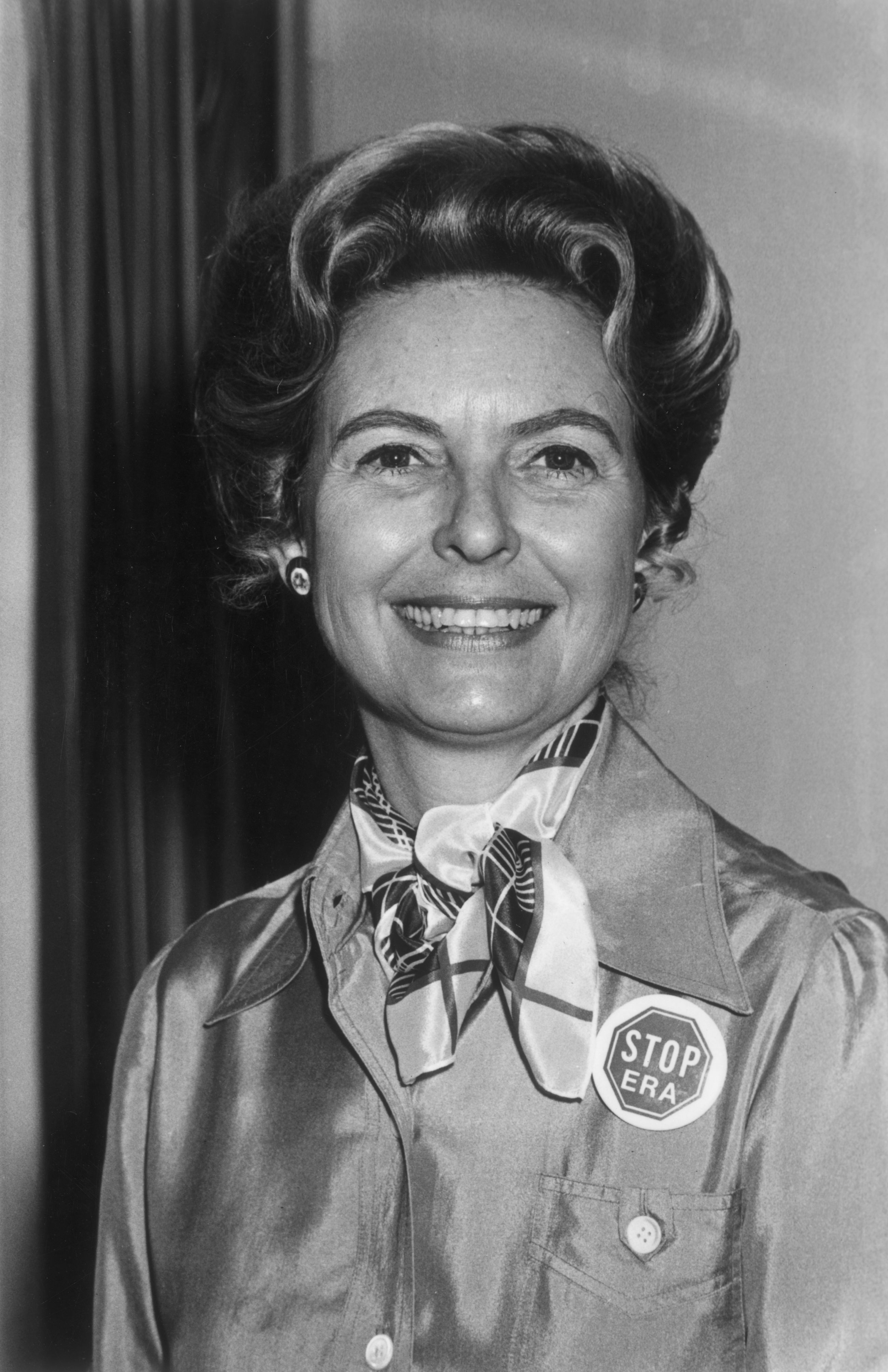 She was kind of a spokeswoman for American housewives.

Overall, Phyllis was a big fan of women having traditional, stay-at-home roles, The Washington Post says. But she seems to have had more freedom than some other housewives. Phyllis said in a 1978 profile for Time that her husband “lets me do what I want to do.” (Think: the real-life Serena Joy from The Handmaid’s Tale.)

“I have canceled speeches whenever my husband thought that I had been away from home too much,” she said, adding that “when I fill out applications, I put down ‘mother’ as my occupation.” Phyllis also bragged about how she breastfed each of her six children and later taught each of them how to read.

Despite her desire for women to stay at home, she eventually ran for a spot in the Senate, and her role as a mom and wife became an issue. Her response, per Time: “My husband Fred says a woman’s place is in the house—the U.S. House of Representatives.” 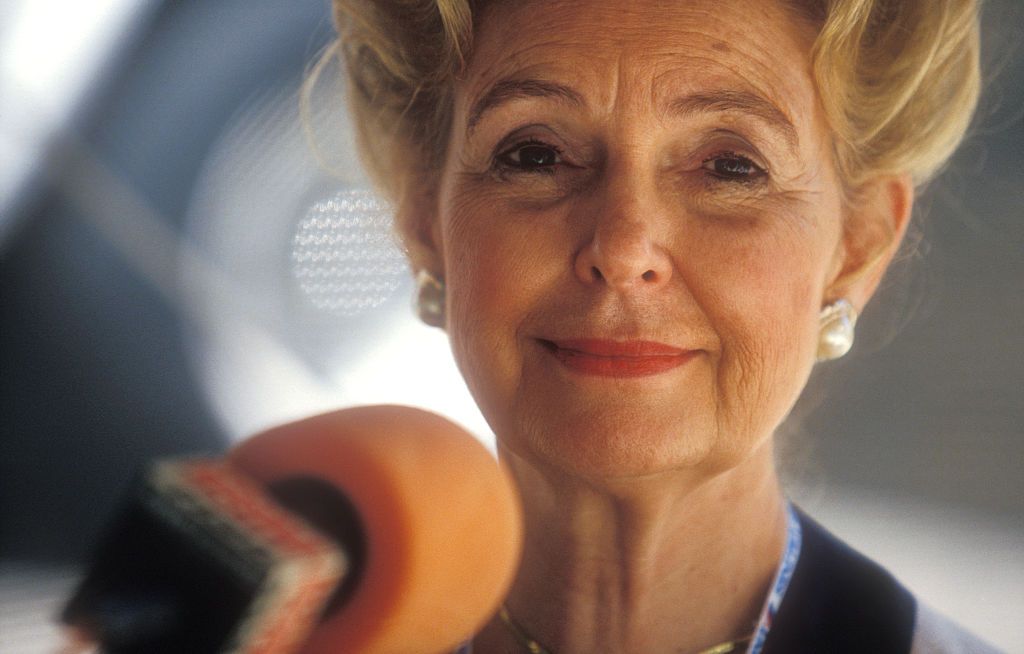 She was super conservative on other issues, too.

After the ERA was defeated, Phyllis kept on campaigning for conservative views. She campaigned against safe-sex classes in school, the gay rights movement, and anti-harassment measures, per Time.

She endorsed Donald Trump right before she died.

Phyllis died in 2016 at the age of 92 from cancer, according to The Washington Post. However, she endorsed Donald Trump during his presidential campaign at a rally just before that. He attended her funeral in St. Louis on September 10, 2016.