Home » Lifestyle » The Peace Corps Botched Its Evacuation From China At The Height Of The Coronavirus Outbreak, Volunteers Say

Dozens of Peace Corps volunteers were rushed out of China, gathered in Thailand, and fired from the organization, with some heading back to the US without a voluntary quarantine. 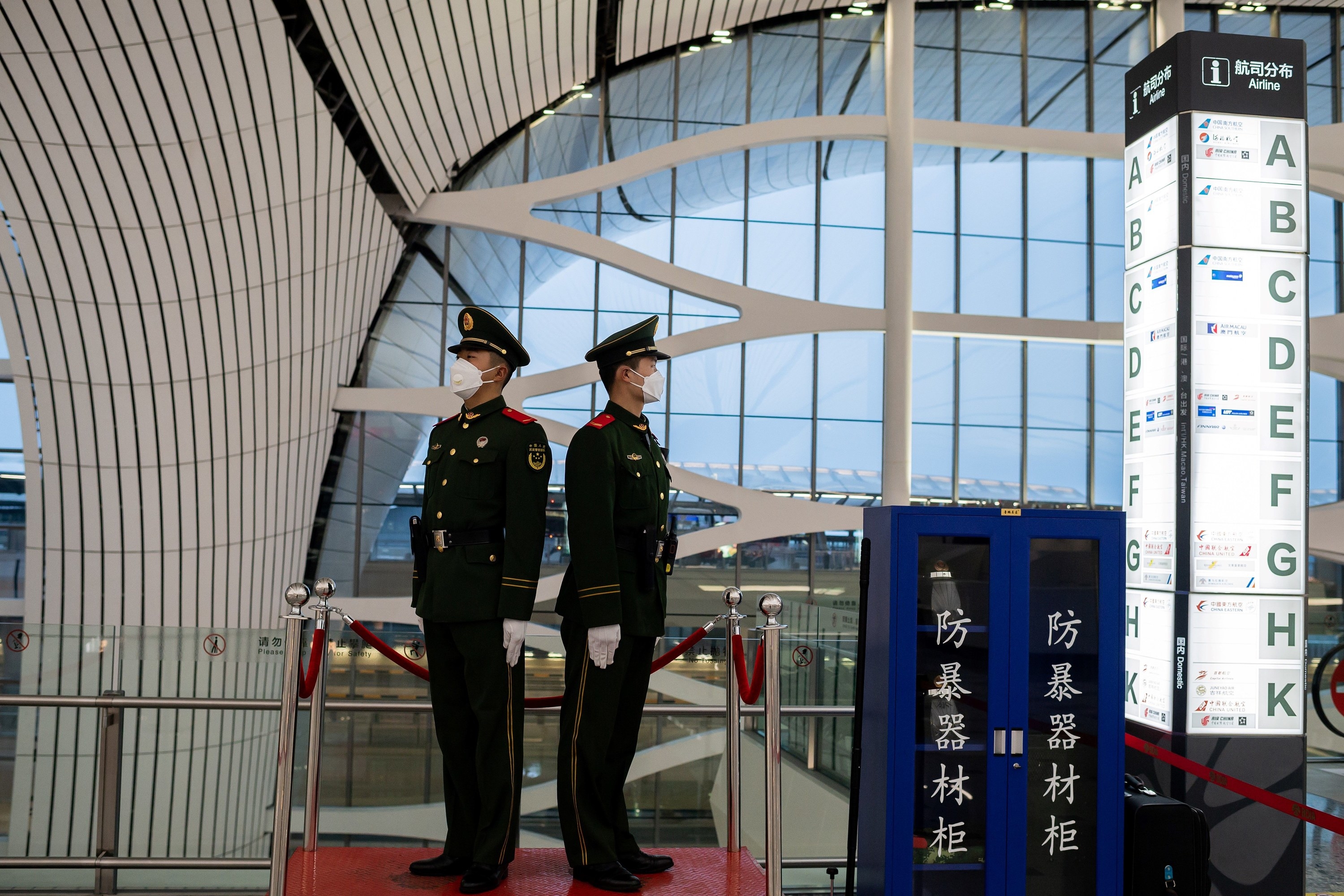 Policemen in China guard an airport in Beijing.

Peace Corps volunteers left China during the height of the coronavirus outbreak by dodging travel restrictions amid confusion over voluntary quarantines, evacuees have told BuzzFeed News.

On January 28, weeks after the coronavirus outbreak was first announced by Chinese state health officials, the Peace Corps pulled its volunteers from China, where about half of the program’s volunteers, around 60 to 70 people, were still in the country during the Lunar New Year season.

But instead of flying them to the US and asking them to self-quarantine according to CDC guidelines, the Peace Corps bought plane tickets to Thailand to house them together in a hotel in Bangkok, a decision questioned by one public health expert. When the Trump administration suddenly pulled the plug on the China program a week later, some of them returned home without a quarantine, while others stayed in Thailand for two weeks, broke and jobless.

“Our intention is to consolidate in Bangkok to allow us time to further assess the situation in the next few weeks and if the situation improves, we will return to China,” Sonny Luu of the Peace Corps China program emailed in the “consolidation” order to the volunteers that initially pulled them out of China. The volunteers were told not to tell their hosts they were leaving until Peace Corps had contacted them directly.

At the time, there were 6,000 cases in China, mostly clustered in the city of Wuhan. Just a week before, China had begun travel restrictions on the city of 11 million people. In what would soon become the biggest quarantine in human history, China expanded their restrictions daily so that by Jan. 30 roads in 10 provinces, trains in 16 provinces, and bus routes in parts of 28 provinces were blocked.

When the Peace Corps sent out the order requiring all volunteers to get to airports in various cities for a flight to Bangkok, the volunteers — located in numerous provinces outside of Wuhan — had to break the travel orders in order to escape, they said.

“Volunteers had to rush to escape these cities with nothing but the clothes on their backs, to not be trapped,” volunteer Christopher Shirley, who had been based in the city of Chengdu, told BuzzFeed News. Checkpoints were set up around the city and ride-sharing was banned, with health checks at every metro stop. “To get to our flight I also had to break several laws to get to the airport as at the time restrictions on movement had become more intense,” Shirley said, noting that he had to bribe an official at a traffic stop in order to be allowed to cross.

“I had to take three volunteers into my school because their towns restricted travel to and from their respective stations — my school barely allowed them in,” volunteer Cameron Rivera, told BuzzFeed News by email. Volunteers had not received pay for five weeks because of the Lunar Holiday and the outbreak, leaving many stretched for funds to get to airports and meet flights arranged by the Peace Corps.

In a statement sent to BuzzFeed News, the Peace Corps said only that they informed the CDC of the evacuation, and did not respond to further questions. None of the volunteers were from Hubei Province, the hardest hit in the outbreak, with 2,931 deaths as of Friday.

By February 5, the 139 China volunteers had all made it to a Bangkok hotel used by the Peace Corps’ Thailand program, where they learned President Donald Trump had abruptly shut down the China program and they wouldn’t be able to return to the country. (Originally the plan had been to close the program in a year and a half, a decision announced earlier in January, reportedly under pressure from Sen.’s Rick Scott and Marco Rubio of Florida.)

“It’s really not ideal to pack people coming from an outbreak region into a single place,” Boston University global health expert David Hamer told BuzzFeed News. However, since the volunteers weren’t from Hubei and the outbreak was still gearing up, the risk of an outbreak among volunteers was likely low. “Evacuations are often messy.”

In Thailand, the volunteers were given a perfunctory medical check-up with no virus screen, issued a medical card from the Peace Corps to hand to a medical screener at airports, and told to vacate the hotel as they were no longer in the Peace Corps. A handful of the volunteers headed home to the US, effectively bypassing travel restrictions in place at the time to China.

Rivera, who is looking for a job in Washington D.C. headed home, while others, like Shirley, stayed in voluntary self-quarantine in Thailand for 14 days.

“I handed the card to the CDC screener at Newark airport,” Rivera said. “He hadn’t heard of it, but he looked it over and then let me through.”

None of the volunteers contacted by BuzzFeed News described having any coronavirus symptoms. Ones who were outside China when the evacuation order came described the consolidation effort as easy, because of a lack of travel restrictions. However, the sudden cancellation of the program was a blow.

“These communities that we were placed into became our homes,” volunteer Taylor Knoedl told BuzzFeed News.