Home » The patch-up prince: Prince Charles is a big fan of recycled outfits

The patch-up prince: As he is pictured in a jacket that’s been repaired for decades, how from his shoes up, Prince Charles has always made do and mended

Back in its heyday nearly 20 years ago, it had a relaxed but discernible shape. The colours were muted but you could still pick out shades of lavender, green and brown.

Today, the tartan tweed is barely recognisable as the smart jacket it once was.

The garment Prince Charles — pictured in the latest issue of Country Life magazine — chose for the photoshoot is now a faded, shapeless garment sprouting loose threads that looks as if it belongs on a tramp, not on the heir to the throne.

In an accompanying article, Charles tells how he has turned the Sandringham estate in Norfolk organic by banishing chemicals and seeing insects thrive — which might explain why giant moths appear to have attacked his ancient tweed favourite. 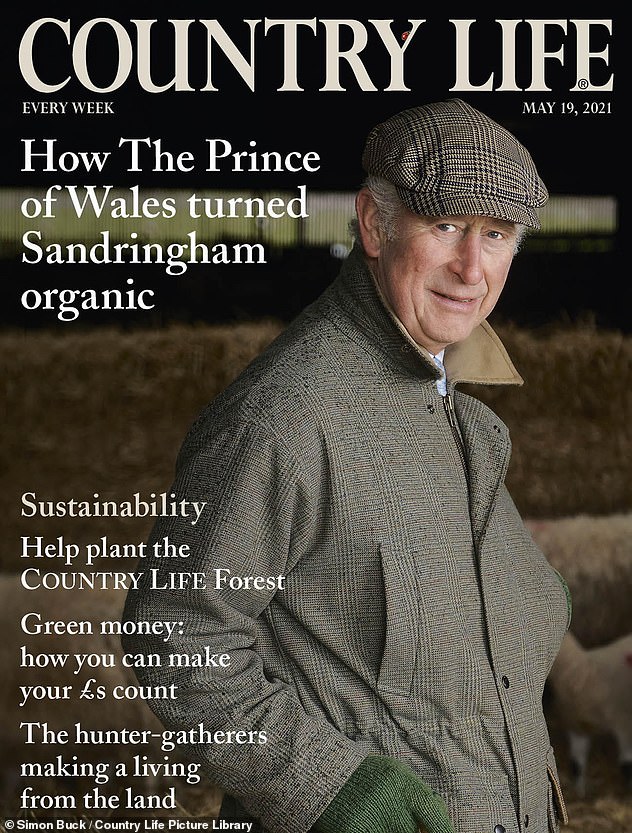 The garment Prince Charles — pictured in the latest issue of Country Life magazine — chose for the photoshoot is now a faded, shapeless garment sprouting loose threads that looks as if it belongs on a tramp, not on the heir to the throne

He explains that he is patron of the National Hedgelaying Society and it’s clear he doesn’t mind getting his hands dirty or, indeed, looking as if he has just emerged from a hedge backwards.

But perhaps the most notable thing about his gardening jacket is not its threadbare state — the upper classes often look as if they shop at jumble sales — but that it has undergone many repairs.

The collar, originally dark brown velvet or cord, is now fawn. And while the pockets still have their stud fastenings, they have clearly been patched up (and even the patches now have holes).

There is a strip of contrast fabric on the inside of Charles’s left arm.

But this is not the first time the Prince of Wales has made do and mended: from waxed jackets to coats, suits and shoes, his wardrobe is full of items that have been given a new lease of life. In a world full of talk about environment-friendly fashion, he at least practises what he preaches. 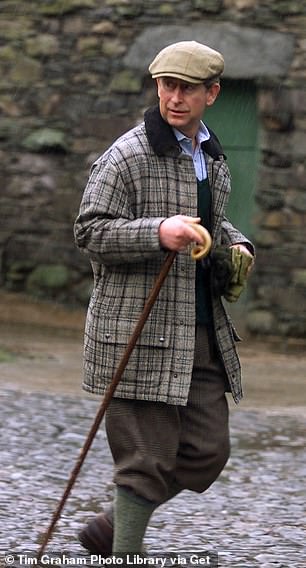 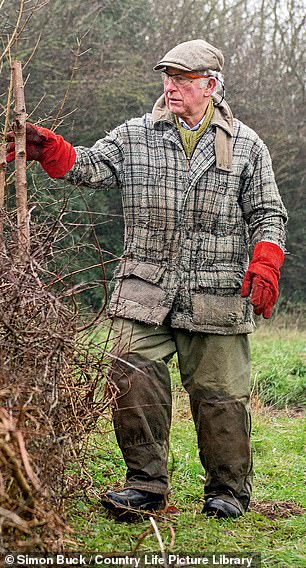 Chequered history of perfect plaid: The tweed gamekeeper’s jacket worn on a Lake District walking holiday in 2002 (left) and featured in the new edition of Country Life, out now (right). The collar has been replaced, while the pockets, like his son Prince William’s head, have gone bald. 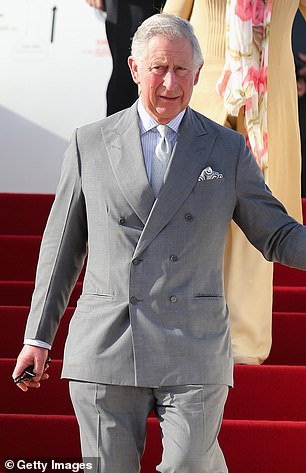 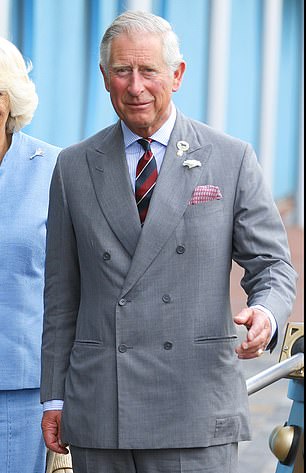 A stitch in time: This double-breasted grey Anderson & Sheppard suit was fine in March 2013 (left), but by July the same year, a patch had been sewn on the front of the jacket (right: patch is seen in the bottom right corner). Could it have been attacked by moths? Or maybe Camilla accidentally stubbed a cigarette on it…

As he told Vogue last December in its sustainable fashion issue, he is a fan of good wardrobe maintenance: ‘I’m one of those people who hate throwing anything away. Hence I’d rather have them maintained, even patched if necessary.’

He explained he had a team — presumably a valet, maid and seamstresses — to help with repairs. ‘I’m lucky, because there are kind people who help with these things. But yes, I happen to be one of those people who’d get shoes or any item of clothing repaired if I can, rather than throw it away.’

He has also spoken of how, as a child, he loved seeing a cobbler repair shoes: ‘We would watch with fascination as he ripped the soles off and put new soles on.’

Every old coat has a new lining: A vintage Anderson & Sheppard tweed coat, first seen in 1986 — and in 2020 after a bit of a facelift on the lining by the Savile Row tailor. After all, everyone knows linings don’t last for ever

When Charles was first photographed in this coat in 2007 (left), observers thought it might have come from the Harry Potter costume department. A Clarence House spokesperson said it was probably a gift and the Prince enjoyed walking in it. From the look of the darned pockets in 2020 (right), it seems he may have encountered a fair number of brambles on his hikes.

While the Prince has always been a bit of a dandy — he chooses ties to match the colour of the sweet peas at Highgrove, and admits he minds about ‘detail and colour’ — he was also an early advocate of sustainability. A pair of brogues he still wears were made in the 1980s using Russian leather salvaged from a 200-year-old shipwreck, tanned with willow bark and birch oil.

His linen jackets have binding added to the lapels to make them last, and new cuffs as soon as they fray.

The Savile Row morning suit he wore to the Duke and Duchess of Sussex’s wedding was from 1984. He considered something new to meet Meghan at the aisle, but said: ‘I only wear it a few times a year, so obviously you want to keep these sorts of thing going.’ His mantra is ‘lived in’.

To judge from his latest photoshoot, that much is not in doubt. 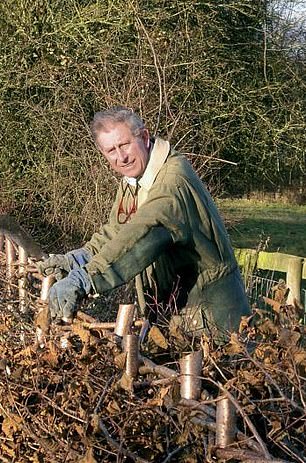 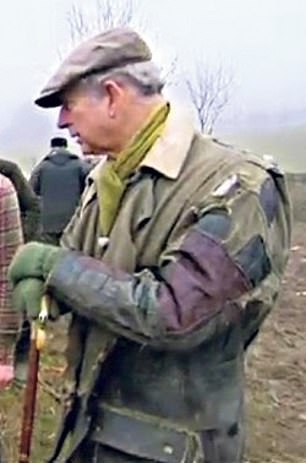 Coat of many colours: For an episode of Countryfile last year (right), Charles wore this extraordinary jacket of many patches — but it seems to have been a work in progress, as a shot of the Prince working on his hedgerows in 2007 (left) shows the jacket with the beginnings of its collection of mismatched patches. 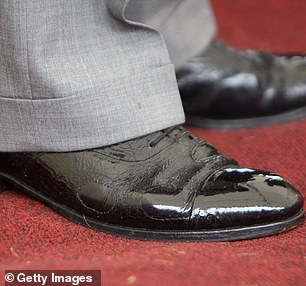 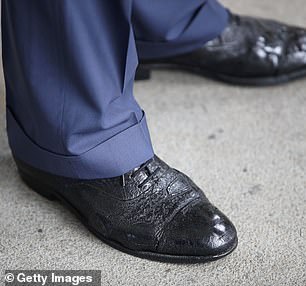 Charles’s favourite shoes, worn here in 2009 (left) and 2018 (right), both with two leather patches on the side of the right foot and one on the top. Luckily, our future king told Vogue that he was fascinated by watching a cobbler at work.