The NBA season came to a screeching halt on Wednesday night after Utah Jazz center Rudy Gobert tested positive for the coronavirus.

Hours later, the league had suspended play until further notice, with NBA Commissioner Adam Silver telling fans on Thursday that the stoppage would last for at least 30 days.

Once the pause became official, fans and media members began raising concerns about what would happen to the hourly employees that work in stadiums around the league.

On Wednesday night, Dallas Mavericks owner Mark Cuban told reporters that the team was already working on a plan to ensure that the team's stadium employees would still be able to get paid. A number of players across the league have since made similar commitments, with Kevin Love, Giannis Antetokounmpo, and Zion Williamson all pledging to support employees at their respective stadiums.

While it's great to see players stepping up in this time of need, fans on social media also called for more owners to follow Cuban's lead and take charge in ensuring the financial security of the employees that make their day-to-day stadium operations possible. As of Friday night, they've begun to respond.

Take a look below at the owners and players that have stepped up so far.

Dallas Mavericks owner Mark Cuban was one of the first people to commit to supporting stadium employees through the stoppage. 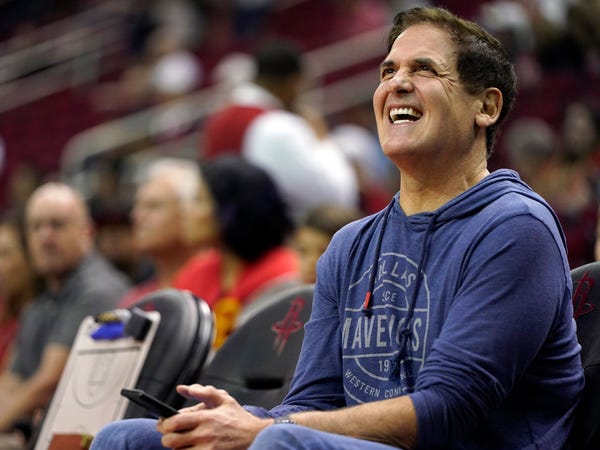 "We'll do some things there," Cuban said. "We may ask them to go do some volunteer work in exchange, but we've already started the process of having a program in place."

Cleveland big man Kevin Love was also quick to pledge his support to the stadium workers that help keep Cavaliers home games running smoothly. He committed $100,000 through his charity to help employees through the stoppage. 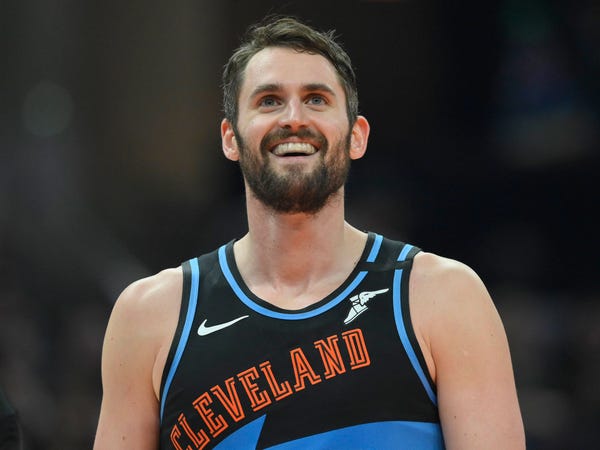 "I hope that during this time of crisis, others will join me in supporting our communities," Love wrote in an Instagram post announcing his pledge.

Everyone reacts differently to stressful situations. And the fear and anxiety resulting from the recent outbreak of COVID-19 can be extremely overwhelming. Through the game of basketball, we've been able to address major issues and stand together as a progressive league that cares about the players, the fans, and the communities where we work. I'm concerned about the level of anxiety that everyone is feeling and that is why I'm committing $100,000 through the @KevinLoveFund in support of the @Cavs arena and support staff that had a sudden life shift due to the suspension of the NBA season. I hope that during this time of crisis, others will join me in supporting our communities. Pandemics are not just a medical phenomenon. They affect individuals and society on so many levels, with stigma and xenophobia being just two aspects of the impact of a pandemic outbreak. It's important to know that those with a mental illness may be vulnerable to the effects of widespread panic and threat. Be kind to one another. Be understanding of their fears, regardless if you don't feel the same. Be safe and make informed decisions during this time. And I encourage everyone to take care of themselves and to reach out to others in need — whether that means supporting your local charities that are canceling events, or checking in on your colleagues and family.

New Orleans Pelicans rookie Zion Williamson stepped up with a pledge of his own, saying he would cover the salaries of workers at Smoothie King Center during the stoppage. 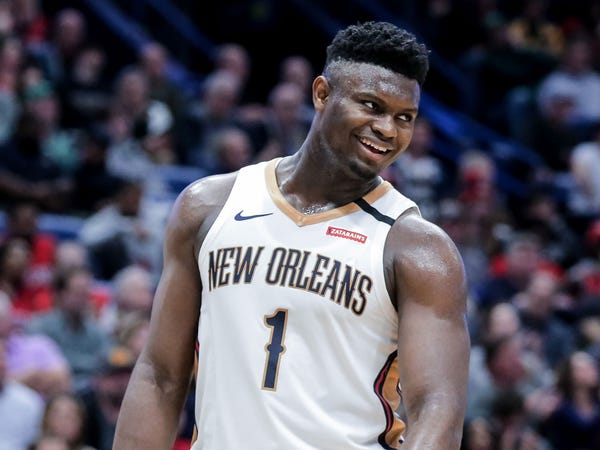 Williamson cited the example set by his mother to be grateful for what he had, adding "These are the folks who make our games possible, creating the perfect environment for our fans and everyone involved in the organization."

The people of New Orleans have been incredibly welcoming and supportive since I was Drafted by the Pels last June, and some of the most special people I have met are those who work at smoothie King Center. These are the folks who make our games possible, creating the perfect environment for our fans and everyone involved in the organization. Unfortunately, many of them are still recovering from long term challenges created by Katrina, and now face the economic impact of the postponement of games because of the virus. My mother has always set an example for me about being respectful for others and being grateful for what we have, and so today I am pledging to cover the salaries for all of those Smoothie King Center workers for the next 30 days. This is a small way for me to express my support and appreciation for these wonderful people who have been so great to me and my teammates and hopefully we can all join together to relieve some of the stress and hardship caused by this national health crisis. This is an incredibly resilient city full of some of the most resilient people, but sometimes providing a little extra assistance can make things a little easier for the community.

Reigning NBA MVP Giannis Antetokounmpo of the Milwaukee Bucks matched Love's commitment, pledging $100,000 along with his family to staff members at Fiserv Forum. 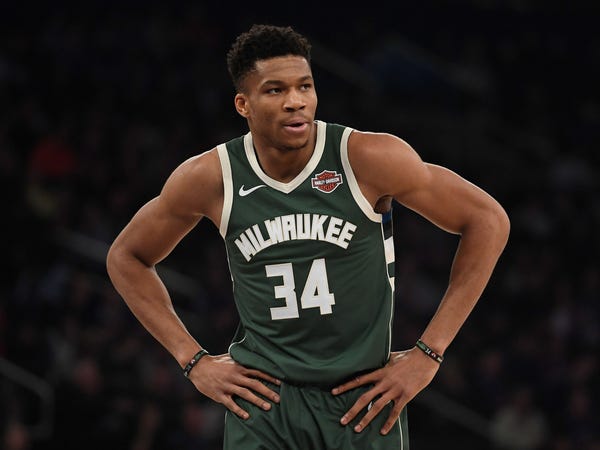 "It's bigger than basketball!" Antetokounmpo wrote. "And during this tough time I want to help the people that make my life, my family's lives, and my teammates lives easier."

In response, the Bucks announced that they would match Antetokounmpo's effort, as well as any other money players pledged to help the cause. 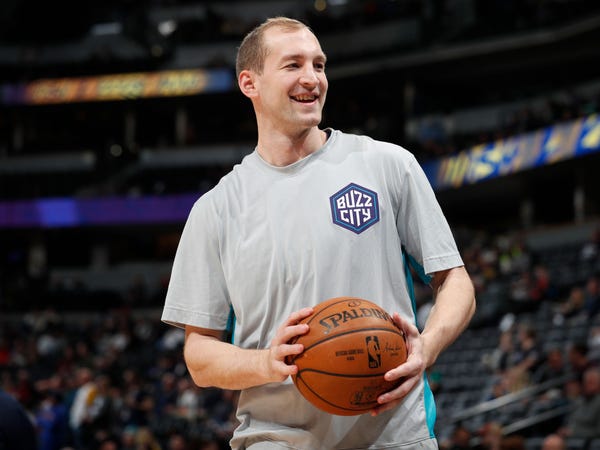 "We're going to make sure that they're taken care of!" Zeller wrote. "Even if I have to pay out of pocket to help out." 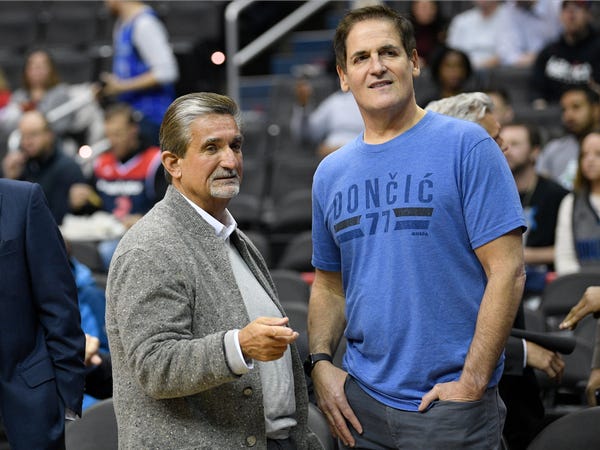 According to Tarik El-Bashir, who covers the Washington Capitals for The Athletic, Leonsis informed staff that anyone scheduled to work an event at the Capital One Arena would be paid through March 31.

The goodwill has even extended outside the world of basketball and into hockey, with Florida Panthers goalie Sergei Bobrovsky pledging $100,000 to help pay workers at the BB&T Center. 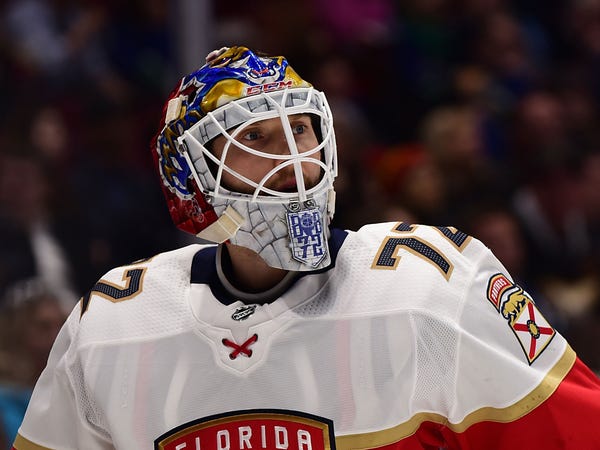 According to David Wilson at the Miami Herald, Bobrovsky's teammates pledged to match his donation. 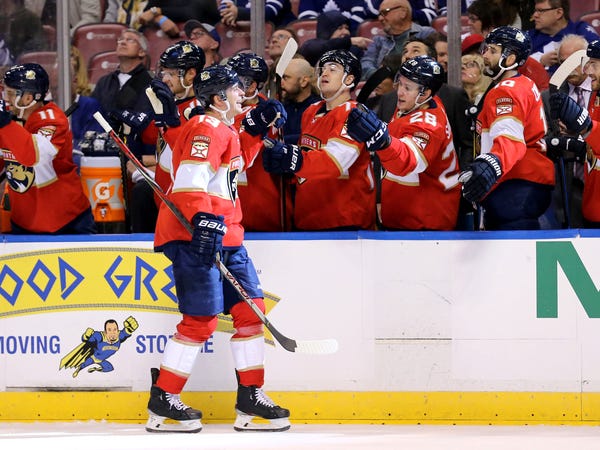 While it's great to see players coming together to stand with the staff members that help games run smoothly, some fans on social media have called on more owners to step up and address the issue.

As Friday wore on, more and more owners joined the cause, as Matt Moore of the Action Network tracked through his Twitter feed. Should the trend continue, the effort could be league-wide in the near future.

Rudy Gobert says he has felt 'fear, anxiety, and embarrassment' since testing positive for coronavirus, apologizes for touching reporters' microphones