Home » Lifestyle » “The Last Dance” Wasn’t Perfect, But It Gave Us Something We Needed 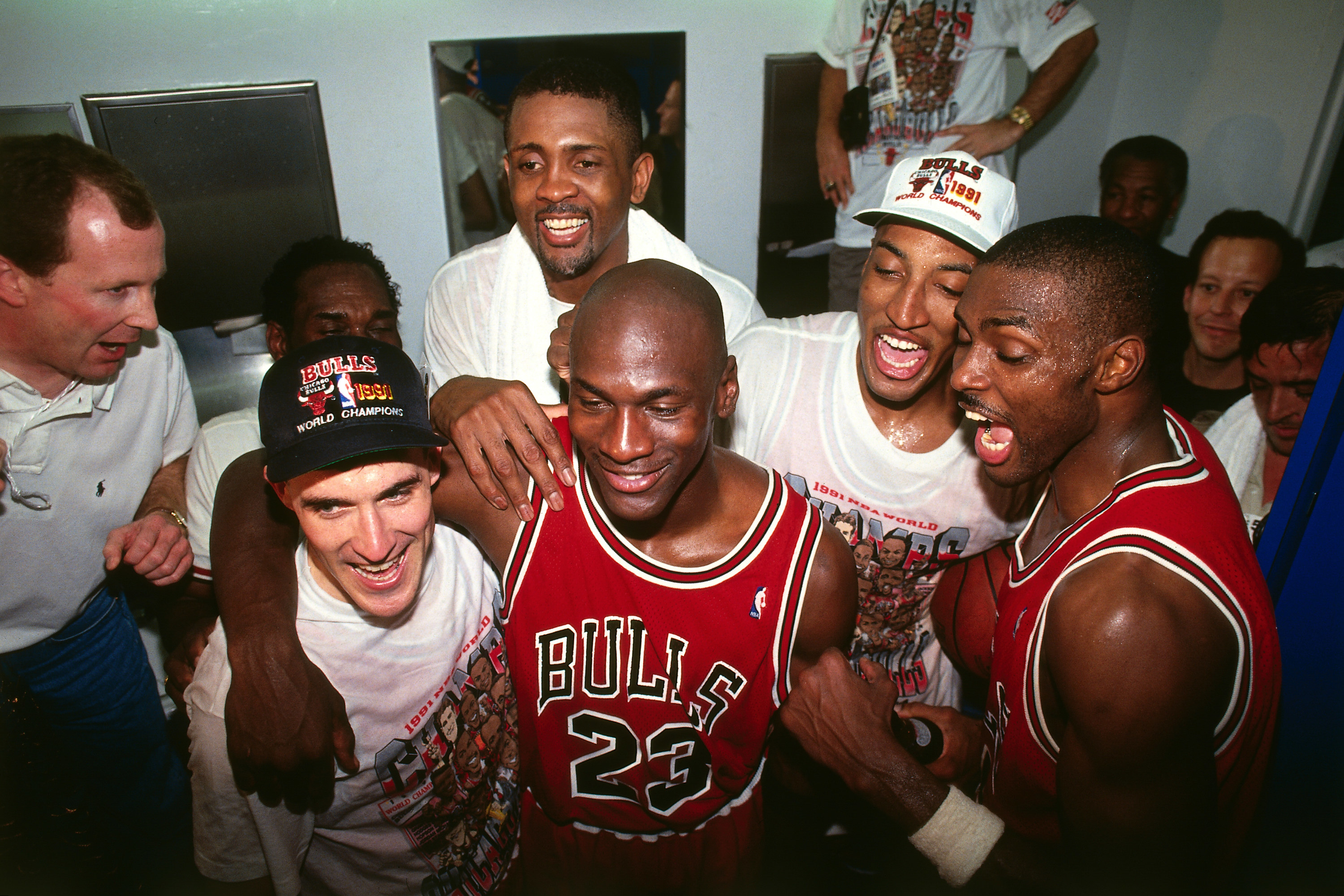 When the NBA came to an abrupt and unceremonious halt on March 11, it was just the latest in a long line of falling dominoes that suggested our lives were shifting. Still, the loss of the current season was something I mourned, even as the announcement was quickly overshadowed by grimmer news. NBA basketball had become not only a part of my evening routine, but also a way I stayed connected to my friends in other states — and the vast network of fans who would congregate online and talk to (or sometimes at) each other about the slate of games unfolding. So when ESPN decided to move up the release date of The Last Dance, the highly anticipated 10-part documentary series about Michael Jordan and the Chicago Bulls directed by Jason Hehir, it fulfilled a desire for some kind of communal sports-watching, no matter how imperfect.

Over the course of five weeks, The Last Dance has let viewers participate in the kind of sports-driven discourse that social media had been alight with in the prime months of the NBA season. Even if two people are watching the same game, they can see different things within it, depending on the stubbornness of their rooting interests or how invested they might be in a predetermined narrative they built for themselves. The documentary series has allowed us to relitigate and rehash MJ’s greatness and legacy once again, even though there’s nothing more he can do on the court and his career has been turned over and inspected for decades on end. In a time other than this one, it might be exhausting. But just because there’s nothing left to be said doesn’t mean there can’t be arguments. And when the arguments fail, or become too grating, at least there can be jokes. But perhaps most importantly of all, there can be nostalgia. There are documentaries that seek to inform, and there are documentaries that seek to reignite a longing in a viewer. The Last Dance, released in this specific moment, is an exercise in nostalgia. Nostalgia, which makes fools of so many of us, but does sometimes reward our foolishness. 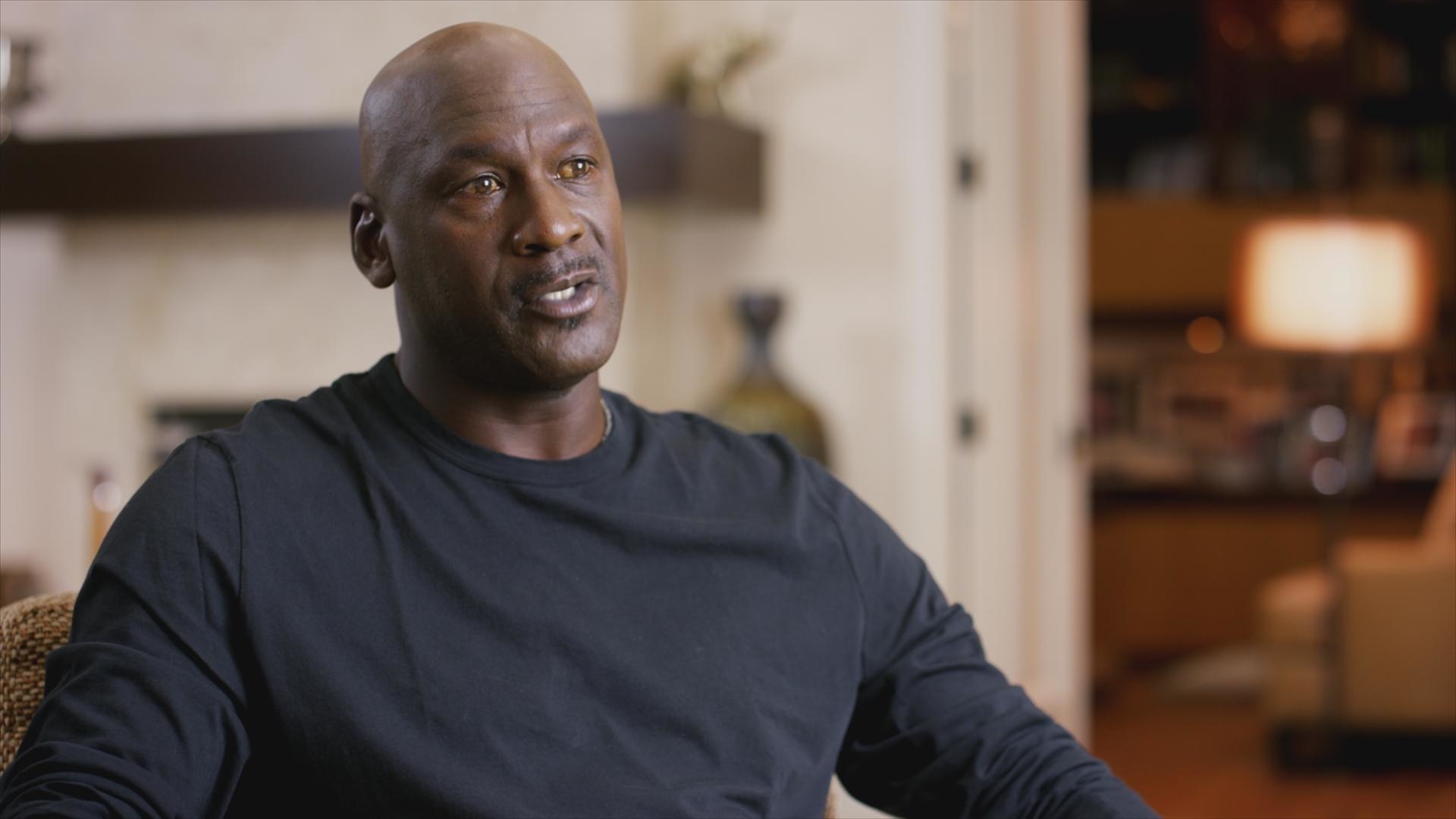 Jordan interviewed in The Last Dance.

If anyone came to The Last Dance with the hopes of uncovering something new about Michael Jordan — the person or the player — they would have to readjust their expectations by the end of the first two episodes. Michael Jordan has always tightly controlled his image, and the documentary doesn’t aim to upset that (going as far as giving Jordan final say over how footage was used). Even with the documentary’s wide-ranging interview access (from Justin Timberlake to Barack Obama) and long-awaited archival footage, the documentary serves as mythology-building more than demystification. In their interviews, his former teammates are reserved, sometimes appearing nervous, bowing to him even though he (presumably) wasn’t in the room. Then again, there isn’t much new to uncover about Jordan — at least nothing that Jordan wants uncovered.

And so the documentary has viewers settle for some behind-the-scenes shots that illuminate the things those of us who followed his career already know. But there is delight to be found in this footage: Jordan at the ’98 all-star game in the East locker room, playfully (or maybe not-so-playfully) taking shots at a young Kobe Bryant. Mike leaning into a locker while methodically and slowly checking his swing with a baseball bat, waxing poetic about competitiveness. All of the things that further confirm the ideas one might have had about the levels Jordan went to in order to maintain an impossible degree of intensity and focus.

The documentary does have its flaws. The accelerated timeline means that the documentary was still being edited during the pandemic, with the final touches being made the Thursday before the last episodes ran. It is maybe a touch too long, clearly bloated to get the most out of the public’s interest and investment, even before the pandemic was hovering. Its nonlinear timeline worked well for me at first, but then grew a little more grating as the documentary zoomed out of individual stories and attempted to cover wider ground. There were missed opportunities to expand on everyone who eventually made it into Jordan’s ecosystem: Scottie Pippen’s backstory is relegated to a handful of rushed minutes and never revisited, for example, and the story of Croatian player Toni Kukoč, who was playing basketball while his country was at civil war, is a mere footnote to the 1992 Olympic Dream Team and some slightly less interesting stories about Jordan becoming a global icon.

The editors of the documentary seemed, at times, to be operating with a concern of not having enough time for everything, despite the series’ unnecessary bloat. And The Last Dance only fleetingly touches on other aspects of Jordan’s life — his gambling, or terrorizing of teammates, even his grief. When the documentary does touch on those things, it is almost always in service of offering perspective on another iconic Jordan moment. It is a series that doesn’t ask or require Michael Jordan to answer for much of anything. It simply requires him to exist.

But for those of us who grew up watching Michael Jordan without the concerns of adulthood, The Last Dance gives us a chance to relive those halcyon memories.

When someone has become more myth than person — as Jordan has for me — it is good to simply be able to confirm our memories and to bask in the images that remind us of what watching Michael Jordan was actually like. Jordan himself is sort of a tapestry of memes now (a fresh batch of which were generously provided by The Last Dance.) He’s the owner of the Charlotte Hornets, one of the NBA’s most moribund franchises. He’s somewhat of a laughingstock for his post-retirement fashion. And so it was a refreshing bit of nostalgia to remember Michael Jordan the basketball player. I appreciated the documentary most when it highlighted those moments that had felt like dreams when I first watched them as a kid: Michael being carried off the court by Scottie Pippen in the NBA finals. Michael heaving with sobs while clutching a basketball after securing another championship.

Where The Last Dance succeeded, for me, was in its igniting of joyful noise in a landscape of anxiety and an endless scroll of news that is vital, but often bad. I don’t know how much I buy the idea that sports function as escape. Such thinking means I have to ignore the fact that sports are, in many ways, still rooted in the political. But, if I’m being honest with myself, I do use sports as a portal to somewhere else. A somewhere else that feels — at the moment — impossible to get to. For those on the internet and beyond who celebrated The Last Dance for the past five weeks, I imagine some of that celebration was not because it was a perfectly executed documentary. But because of how it pulled people together for jokes, for the old debates that have no resolution. For videos and photos from decades before this one, when some of us went to sleep still buzzing from watching Michael Jordan, only to wake up and run to the courts in our neighborhoods, feeling limitless. ●