Home » Lifestyle » ‘The Bachelorette’: Tayshia Eliminates [SPOILER] After He Chokes While Expressing His Love

[SPOILER] fell flat after hometown dates on the Dec. 15 episode of ‘The Bachelorette,’ and Tayshia sent him packing before he could let her know that he was in love with her.

Hometown dates looked a little different on this season of The Bachelorette due to the coronavirus pandemic. During the Dec. 15 episode, Tayshia Adams invited the families of her final four guys — Zac Clark, Brendan Morais, Ivan Hall and Ben Smith — to the La Qunita Resort to meet her. The guys also had to plan dates within the confines of the resort that would give Tayshia a feeling of where they came from.

At the end of the episode, Tayshia sent one guy home. This week, Ben got the boot. Going into their date, Tayshia admitted that she was “falling in love” with Ben, but was hesitant because he hadn’t shared similar feelings with her yet. “Today is crucial,” Tayshia explained in a confessional. “I’m hoping he can continue to be vulnerable and let me know where his heart is.” 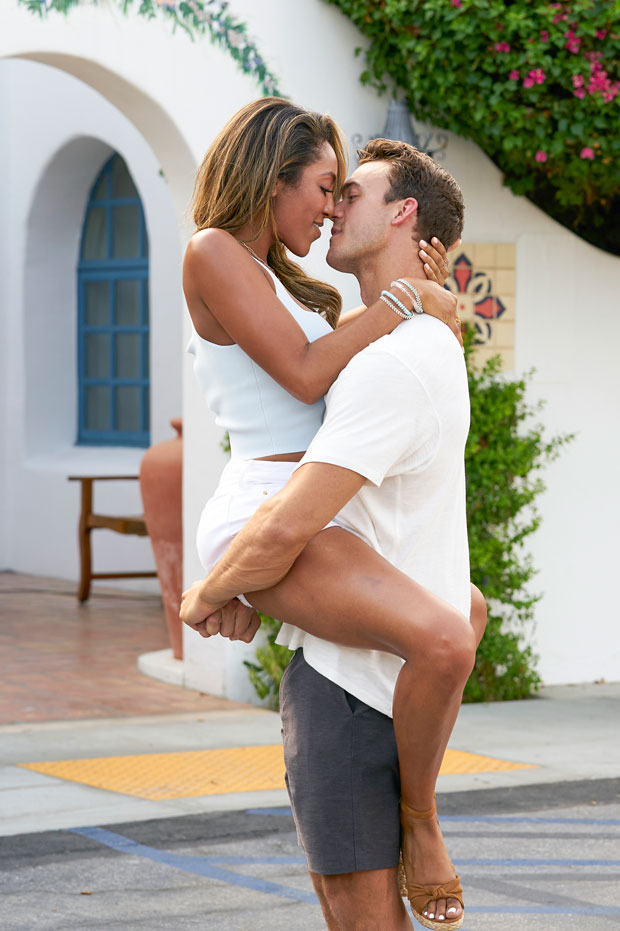 Ben gushed that he felt an “insane connection” to Tayshia and she said she was “smitten” by him. They had a blast on their date, where Ben recreated the Venice Beach boardwalk to show Tayshia where he feels the most like himself. “I’ve never been happier in my entire life,” Ben said after the day date. “I feel an incredible thing here. The way she looks in my eyes and squeezes my hands…Tayshia is the most pleasant surprise I’ve ever gotten in my life.” Still, Tayshia felt an air of ‘mystery’ to Ben, and was excited to meet his family to get past that wall.

During the nighttime portion of the date, Tayshia met Ben’s sister, Madeline, who he previously said ‘saved his life’ when he was at his lowest point. His close family friend, Antonia, was also there. Unfortunately, Ben’s parents couldn’t make it due to the coronavirus pandemic. Tayshia had a nice conversation with Madeline, who assured her that Ben isn’t hiding anything and that he’s definitely willing to be vulnerable with his “special person.”

Meanwhile, Ben chatted with Antonia and had an incredible realization. When Antonia asked Ben if he loved Tayshia, he was hesitant at first, but she could tell that those were his feelings. “I’m in love with her,” he confirmed. “That’s wild. She’s so great. I just don’t know how to say it.” Antonia gave Ben a pep talk and urged him to let Tayshia know how he was feeling by the end of the night. 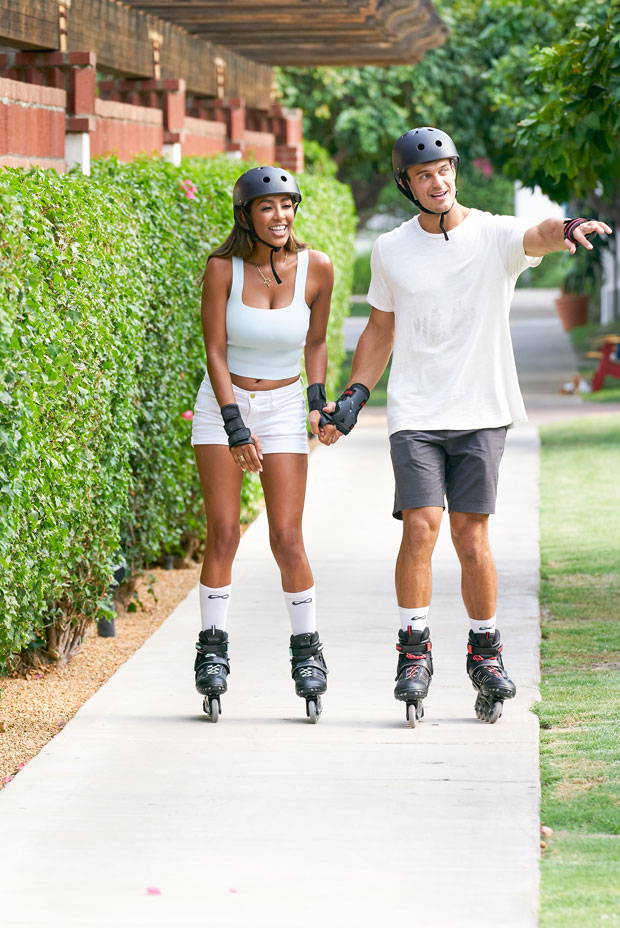 Unfortunately, when the time came, Ben froze. Tayshia flat-out asked him how he felt, and he said, “I feel so good about the way that this is. It’s so easy….yeah. I don’t know.” In a confessional, he added, “I’m super nervous, my heart rate’s never been higher. I’m incredibly uncomfortable. My brain couldn’t work. In true Ben fashion, I just blew it. I’m in love with her and I should’ve told her. Now I’m terrified I won’t get a rose this week and I won’t get to tell her how I feel. That kills me inside.”

Tayshia walked away from the conversation with Ben quite awkwardly, and it was clear that she wasn’t happy that he didn’t open up more about his feelings. Before the rose ceremony, Tayshia admitted that she was falling for “all” four of the men. “Life with each of them could be amazing,” she said. “But unfortunately…I can’t be with all four of them.”

Meanwhile, Ben was still excited to tell Tayshia that he loved her — but he wouldn’t get that chance until after the rose ceremony. It was too little too late, though: Tayshia gave her first rose to Ivan, followed by Zac and Brendan, which sent Ben packing before he had a chance to open up. After the elimination, Ben still wasn’t able to share his true feelings with Tayshia. Instead, he shut down as they had one last conversation together.

“I’m not sure what to say,” Ben admitted to Tayshia. “I would’ve like for it to go a different way, but it is what it is. I’ll be alright. I’m always alright.” Again, the conversation was completely awkward, and Tayshia was pretty fed up. After putting him in the limo, she said, “I’m not asking for this grand gesture, but the fact that he couldn’t give me one ounce of emotion is extremely disappointing. There was no emotional at all — not angry, mad, sad. It felt empty. I just felt like…please make me feel like these past weeks meant anything to you.”

Needless to say, the empty goodbye was not how Tayshia thought things would go with Ben. She broke down in tears, and Ben was in shock while driving away in the limo. The show must go on, though, and next week — Zac, Brendan and Ivan will get a chance to head to the fantasy suites!