Teddi Mellencamp’s new normal! The reality star opened up about her “postpartum reality” three days after giving birth to her and Edwin Arroyave’s daughter Dove.

“It is unbelievable, unconditional love,” the Real Housewives of Beverly Hills star, 38, captioned a Thursday, February 28, Instagram mirror selfie. “It is an incredibly powerful bond that Dove and I share. It is tears of joy watching Edwin light up when he’s with her. It is bursting with pride watching my older kids gently, lovingly and eagerly jump into their newfound big sibling roles. It is very little sleep. … It is feeling a little delirious.” 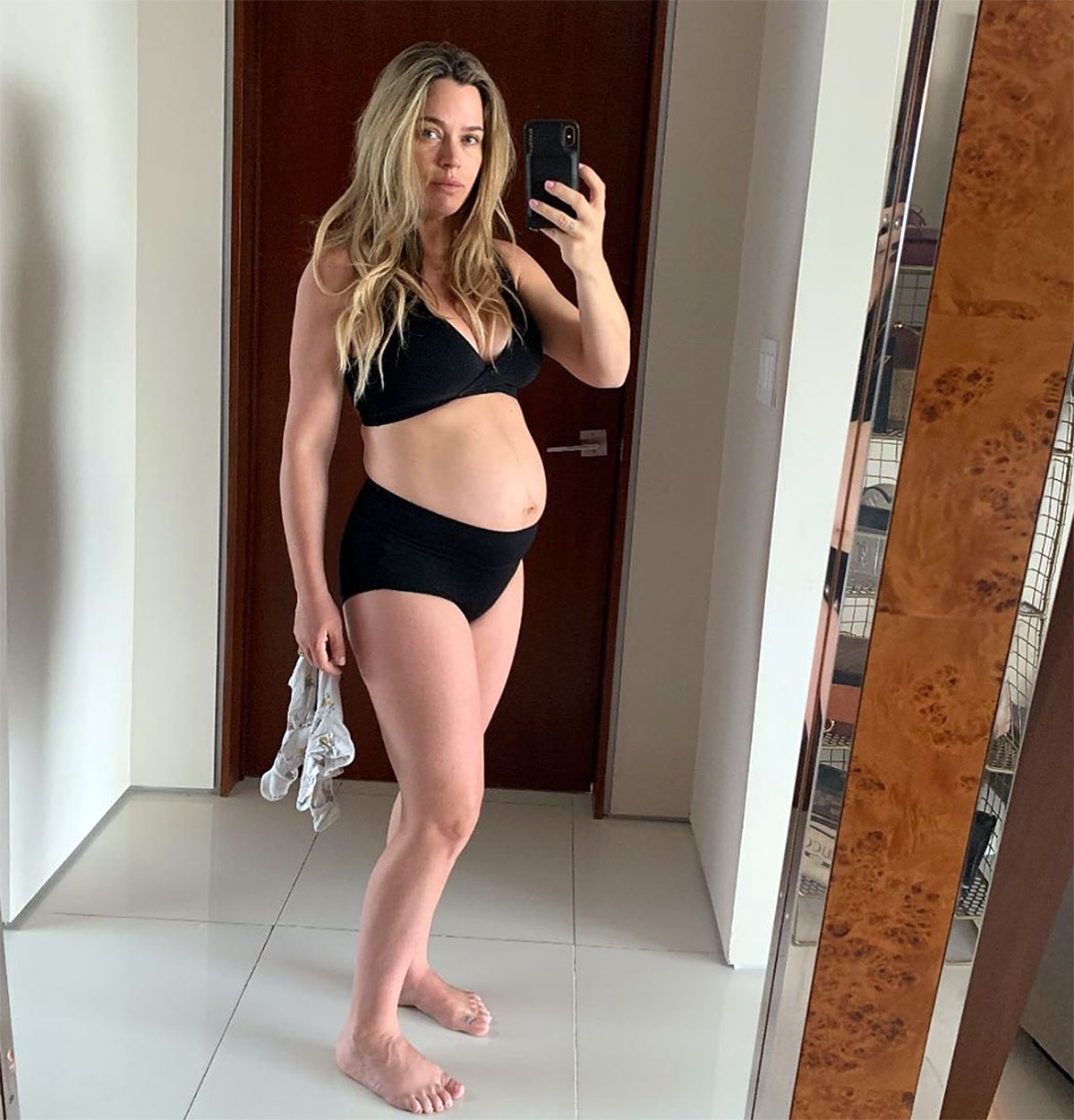 The Bravo personality, who previously gave birth to daughter Slate, 7, and son Cruz, 5, went on to describe the “mesh” diaper she wore in the hospital and the “high waisted compression panties” she posed in at home.

“It is embracing and loving this body of mine,” John Mellencamp’s daughter wrote. “It is lots of laughs when Cruz asks why my stomach hasn’t deflated. It is a flood of emotions when multiple lactation specialists tell you that only your right breast is able to breast-feed the baby due to scarring on the left. … It is a constant reminder to live in the moment and feel all the highs and lows that a new baby brings.”

The Indiana native gave birth to baby No. 3 on Tuesday, February 25, and shared the infant’s name the following day. Us Weekly broke the news in September 2019 that she was pregnant.

“I said to my husband, ‘We don’t even fit in our cars anymore! Think about it, there’s six of us,’” Teddi told Us exclusively at the time. (She and Arroyave, 42, are also raising his 11-year-old daughter, Isabella, from a previous relationship.) “I’m like … ‘We’re going to start having to look at minivans! What’s happening?’ We have to really figure it out. We’re like, ‘Do we convert the playroom? What do we do?’ We haven’t even made those decisions yet, but we have to.”

She and the Skyline Security Management founder tied the knot in July 2011 in Indiana.