On April 17, Taylor Swift announced that her planned concerts for the remainder of 2020 are postponed until 2021 due to the coronavirus (COVID-19). The singer-songwriter released an official statement on her social media pages. 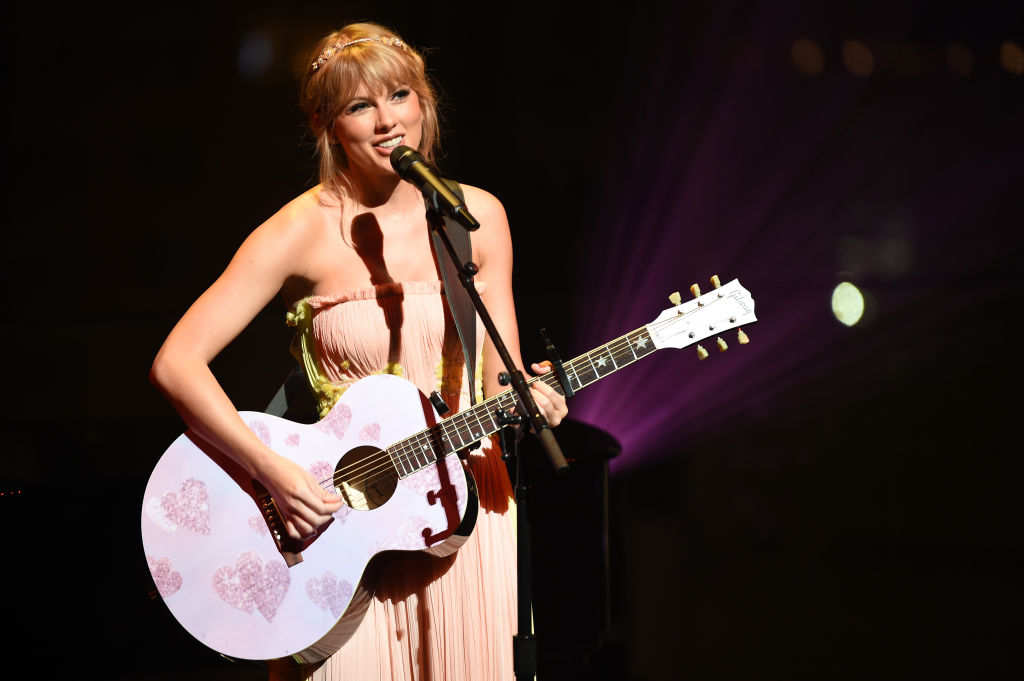 To let fans know about the change regarding her concerts, Swift posted an official statement on Facebook, Twitter, her Instagram story, and Tumblr. She captioned the photo of the statement with a heartfelt message to fans.

“I’m so sad I won’t be able to see you guys in concert this year, but I know this is the right decision. Please, please stay healthy and safe. I’ll see you on stage as soon as I can but right now what’s important is committing to this quarantine, for the sake of all of us,” Swift wrote in the caption.

Taylor Swift released a statement about her concerts

Swift’s official statement to fans stressed the importance of keeping everyone safe during the coronavirus outbreak. All of Swift’s upcoming appearances for the remainder of 2020 are canceled, and her U.S. and Brazil shows will be rescheduled sometime in 2021.

“Fighting COVID-19 is an unprecedented challenge for our global community and the safety and wellbeing of fans should always be the top priority. Health organizations and governments around the world have strongly discouraged large public gatherings for an undetermined period of time. With many events throughout the world already cancelled, and upon direction from health officials in an effort to keep fans safe and help prevent the spread of COVID-19, sadly the decision has been made to cancel all Taylor Swift live appearances and performances this year.”

“The U.S. and Brazil shows will be rescheduled to take place in 2021, with dates to be announced later this year. Tickets held for each of those shows will transfer to a new show date without action on the part of ticket holders.

For those who desire refunds for tickets purchased for the U.S. Lover Fest shows, they will be available starting May 1st subject to Ticketmaster terms. Watch for an email from Ticketmaster with instructions on how to request one. For currently available information on all other performance dates, please visit TaylorSwift.com. Thank you so much for understanding. We look forward to seeing you all, happy and healthy, in the future.”

She will appear on ‘One World: Together At Home’

Global Citizen is putting on a virtual concert called One World: Together At Home with the World Health Organization and the United Nations on April 18. The digital special for One World: Together At Home will begin at 2 p.m. EST and will last for four hours before the official broadcast starts at 8 p.m. EST. The digital segment can be streamed on Facebook, Amazon Prime Video, Twitter, Apple, YouTube, Twitch, Instagram, and TuneIn.

Jimmy Fallon, Jimmy Kimmel, and Stephen Colbert will host the broadcast that begins at 8 p.m. EST, and Lady Gaga curated the appearances. The special will be broadcast on ABC, CBS, NBC, AXS, Univision, National Geographic, and Bell Media, and it will also be streamed on the same services as the digital special.

Swift will appear during the broadcast of One World: Together At Home along with Alicia Keys, Amy Poehler, Andrea Bocelli, Billie Eilish, Elton John, Lady Gaga, Lizzo, Stevie Wonder, Usher, and more.