Home » Lifestyle » Takeaway's monster meal contains 12,000 calories – but it's free if you can eat it in 40 minutes

THIS huge box of grub contains a gut-busting 12,000 calories – but if you scoff the lot in 40 minutes you won’t have to pay.

Diners at Ben’s Pizza in Sheffield, South Yorkshire, are queuing up to take on the “Quadzilla”, a monster meal which weighs in at a whopping 7kg. 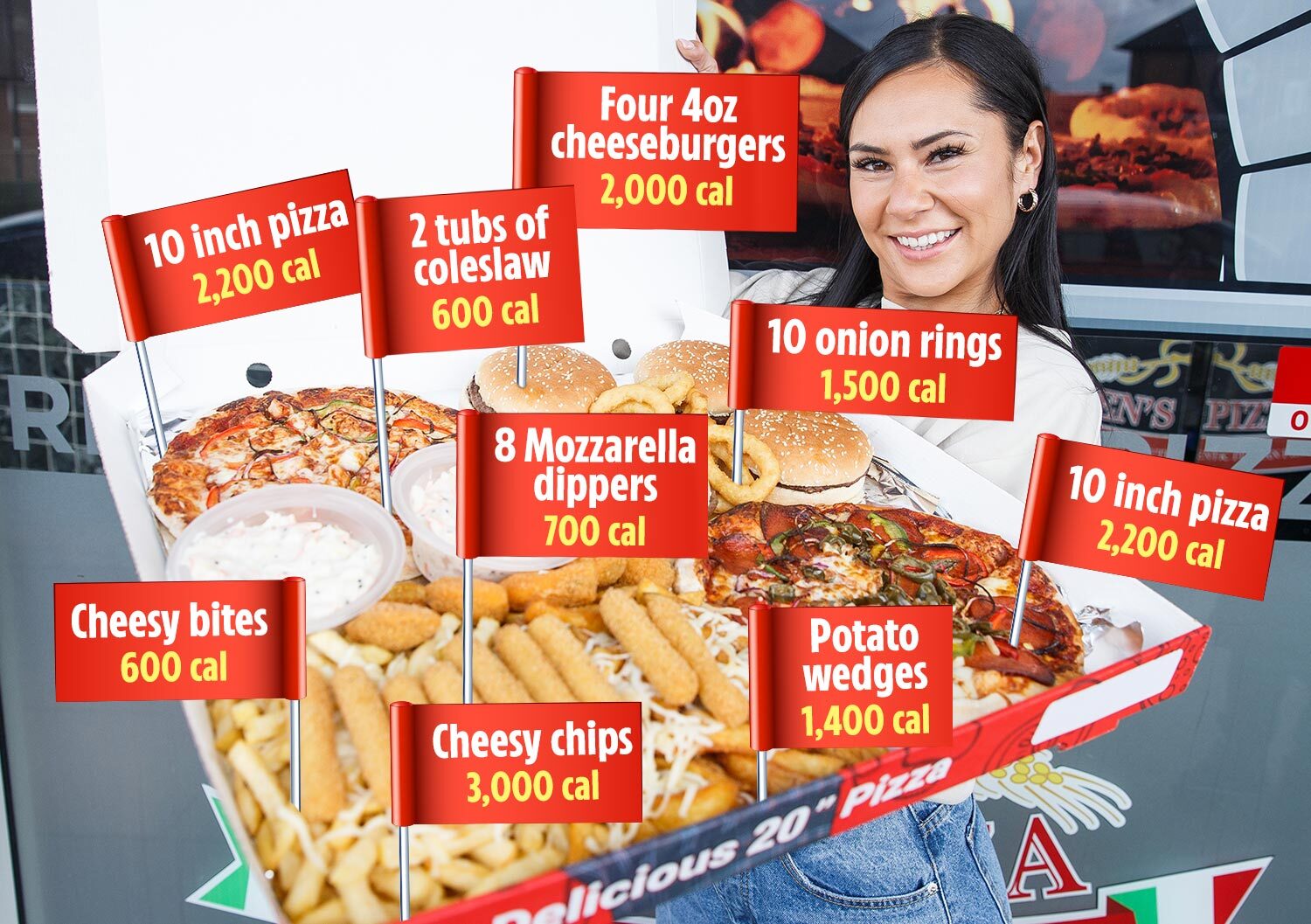 And if you manage to film yourself eating it all in the allotted time, you’ll get your money back, a voucher and a place in the takeaway’s hall of fame.

The banquet, which takes just 10 minutes to cook and serve up and contains nearly a weeks worth of calories for a woman, was added to the menu as a food challenge in March and ever since countless customers have tried and failed to defeat it.

Takeaway owner Ben Samari, 35, said: “Since we added it to the menu as a challenge we’ve had loads of people ordering it but no one has come back to us yet.

“We’ve said that whoever can film themselves eating the whole thing in 40 minutes and show us the evidence can have their money back, a £30 voucher to spend with us and their picture on the wall of fame.

“I wouldn’t even attempt it myself because it’s far too much for me but I’d be impressed if someone can.”