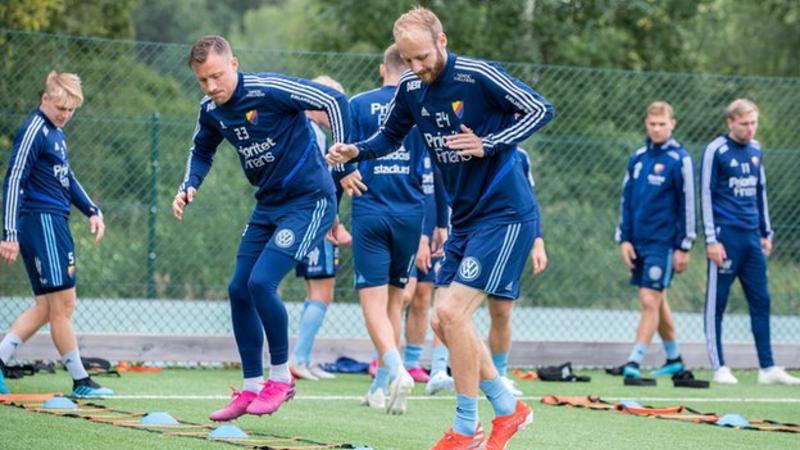 For the majority of professional footballers pre-season training is a necessary evil. Something most would happily forget as quickly as jumping in and out of an ice bath for aching muscles.

But what if countless hours running on tracks, pitches and over hills felt like they were never going to end?

That has been the situation facing players in Sweden, where pre-season training is entering its sixth month, after the start of the campaign on 4 April was postponed due to the coronavirus pandemic.

Sweden’s top flight – the Allsvenskan – now has a revised opening day of 14 June to work towards, though that date was only finally confirmed on 29 May.

Sweden may not have imposed a lockdown, but gatherings of more than 50 people are not permitted and the nation’s public health agency took weeks to approve the big kick-off over concerns that fans may gather outside stadiums and in sports bars to watch games.

So what is it like to have your mental and physical capabilities pushed to the limit for so long? And what other challenges has the pandemic brought? BBC Sport speaks to some of the players hoping for light at the end of their pre-season tunnel.

‘There are times you are just trying to survive it’

“It’s been a long haul. Compared to England, it’s a good four or five pre-seasons back-to-back,” says goalkeeper Andrew Mills, who began his fourth pre-season at Ostersunds FK, in sub-zero temperatures, on 5 January.

Mills, from Merseyside, is one of six English players at the club, with former West Ham winger Blair Turgott among their newest acquisitions.

Now 26, Turgott joined in July 2019 from non-league Maidstone and has endured the double inconvenience of a 16-month season (across England and Sweden) followed by almost six months of physical conditioning.

“If anyone tells you they like pre-season training they are definitely lying. It’s a dark place,” says Turgott. 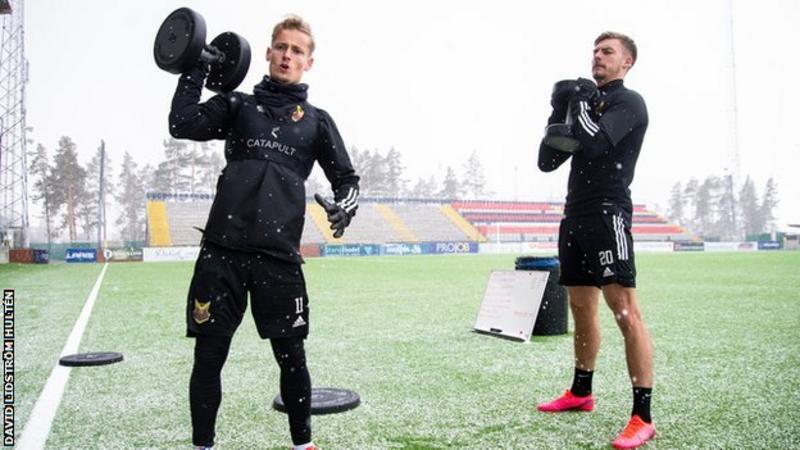 “There are times you are just trying to survive it. Coming back from training, you just get home, sit on the couch, eat, go to sleep and then repeat it.”

“When all this [Covid-19] came about we were doing lots of running anyway,” says Edwards, who helped the Stockholm-based club to their first league title for 14 years last term.

“We went to South Africa in January and that was tough up in the mountains.

“We go into the woods near the training ground so we’ve done lots of running there. There’s a monster hill, which is horrible. We’ve done the bleep test and Yo-yo tests – it’s been tough. If the season gets put back again I can see more of the same.”

Edwards’ fellow midfielder Ulvestad has found the uncertainty of the situation harder to take. The former Burnley player was hoping to be well into the campaign now and match-fit for Champions League qualifiers that normally begin in June.

“Obviously the health of people matters more but when you don’t have a date to look forward to it is mentally frustrating,” he said.

“I’m just looking forward to actually playing in a proper game, although it will not be with a crowd, which will be weird.”

The prospect of 1,200-mile road trips

Aside from the extraordinary length of pre-season, the pandemic has thrown up numerous other challenges in Sweden, not least around travel.

Unless domestic rules are relaxed some clubs will have to complete 1,200-mile round trips by road to fulfil their fixtures.

International restrictions also mean the 130 or so foreign players in Sweden’s top flight have largely been unable to see family members since January.

“There are different rules back home,” says Ulvestad, who has won three caps for Norway.

“I would have had quarantine for two weeks if I went there, so it has been difficult for anyone to come and visit us or vice versa.”

For Turgott the safety of his family in London is also a significant consideration, made more poignant by a recent day spent helping to manufacture personal protective equipment for local hospitals. 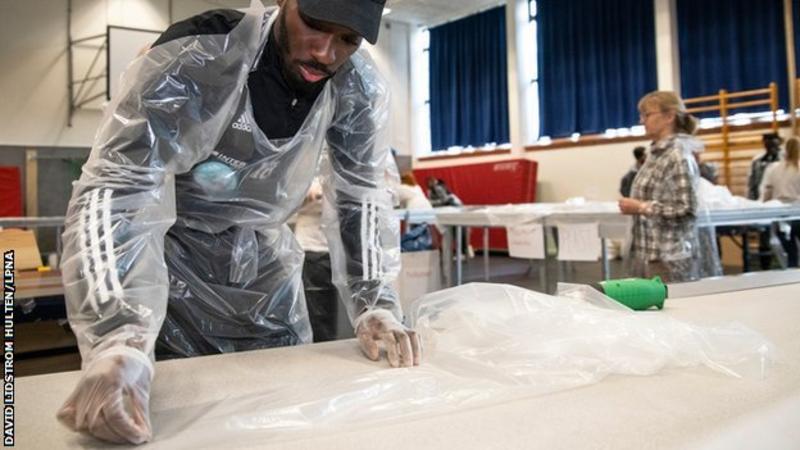 “Looking at it now it’ll be nearly a year when I next see them in person,” he said.

“I really want to see them but you’re also thinking ‘could I put others at risk by going home?’.”

While training has been kept as normal as possible, a raft of new safety measures have been introduced.

Antibacterial hand gels now outnumber water bottles at the side of pitches, while club canteens and gyms are totally out of bounds.

“When we do weights or yoga it’s all outside but because of social distancing you can’t actually hear what the instructor is saying. They are so far away you end up doing your own thing,” Turgott added.

‘Fans are what separate training from matches’

The financial and sporting implications attached to playing behind closed doors have also recently been laid bare.

The league’s new television rights deal will help offset some losses and Ostersund hope to mitigate those further by providing a drive-in facility for supporters to watch matches outside the Jamtkraft Arena.

But Ulvestad, whose club also enjoy a large Stockholm fan base, says that solution cannot compensate for the loss of atmosphere and a vociferous home support.

“Obviously it’s going to be a big disadvantage for us because we have a strong fanbase. They are the ones who help us through games but that’s how it is. There is nothing we can do about it.”

Turgott added: “As a player you always want loads of fans present whether they are for or against you.

“You can feel the adrenalin and it gives you the whole atmosphere and feel to a match. Fans are what separate training from a match.”