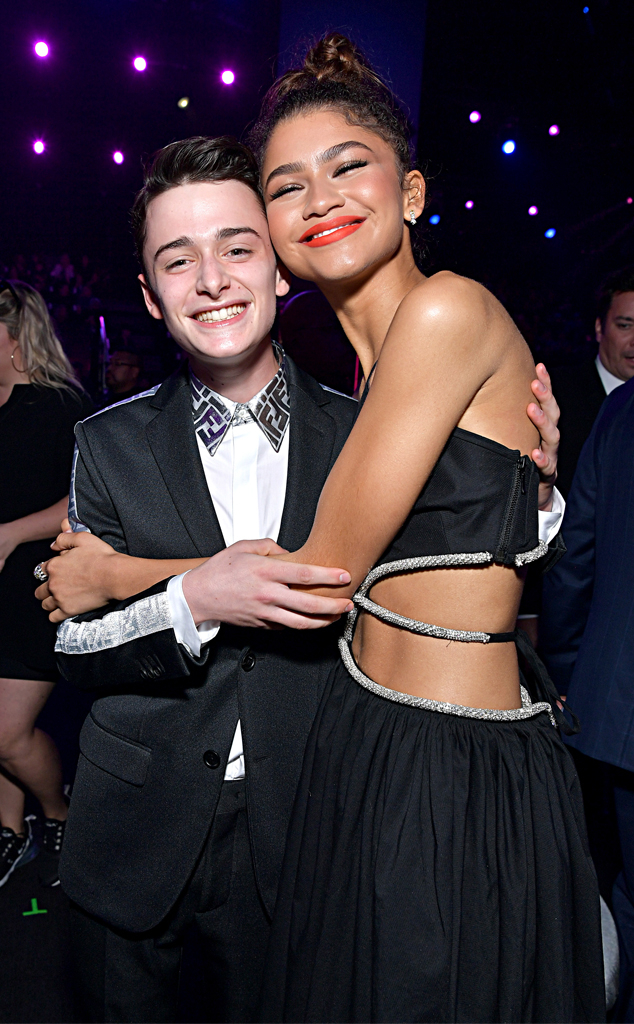 For Noah Schnapp, nothing was more euphoric than meeting Zendaya.

On Tuesday, the Stranger Things star stopped by The Tonight Show Starring Jimmy Fallon and couldn’t help but gush over running into Zendaya at the 2019 People’s Choice Awards back in October. Knowing host Jimmy Fallon was a big fan of the Euphoria star as well, Noah made sure not to leave a single detail out.

“I just…I remember seeing her in the corner of my eye and walking up to her,” he recalled. “And I was really, really nervous and I was like, ‘Oh, my God. It’s actually her. This is the first time I’m meeting her.’ And she smelled great. And she was so…she was so cute and she was, like, towered over me and she, like, bent down and she was like, ‘Hi, Noah,’ with her little squeaky voice. Yeah, I remember everything.”

Much to Noah’s surprise, Jimmy, who also attended the award show, saw the moment unfold in real time.

“I was totally there when you guys met,” the late night host said. “I think I was the guy that kind of introduced you a little bit…You came over to me but you were looking at Zendaya. And I was like, ‘Noah, how are you, man?’ You’re like, ‘Good, good, good. Yeah, everything’s good.’ And I go, ‘Oh, yeah. Zendaya?'”

Assuring Noah that there were no hard feelings, Jimmy added, “But I kind of steered you over there like tai chi. You were coming at me and I pushed you over. And then you met, and the rest is history.”

Aside from being a Zendaya superfan, Jimmy also seized the opportunity to talk about his love of Stranger Things—particularly Noah’s bowl cut: “The one thing I say that does always remain in the show is your character Will’s haircut. It’s one of the best things on television.” And of course, Jimmy had a photo of will rocking his ‘80s-inspired wig to show the audience. 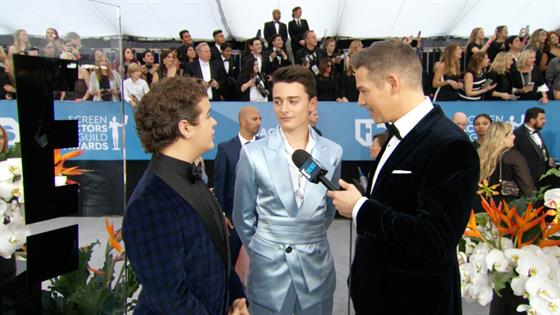 Seeing Noah squirm as he looked at screen grab, Jimmy asked the young star if he’d pitched any new hairstyles to the writers. “Yes, I mean, I can’t begin to explain—I literally ask them all the time, like, ‘Why doesn’t Will…maybe he shaves his head?'” Wanting Noah to sport the bowl cut forever, Jimmy chimed in, “It makes him, like, kind of vulnerable or like Dorothy Hamill. Something like that, maybe?”

Watch Noah recall meeting Zendaya for the first time and share his disdain for Will’s haircut in the hilarious video above!

(E! and NBC are both part of the NBCUniversal family.)