STORM Jorge is battering flood-ravaged Britain for the fourth weekend in a row with 60mph winds and torrential rain.

More than 600 homes were flooded in South Wales as the police declared a critical incident in the region this morning. 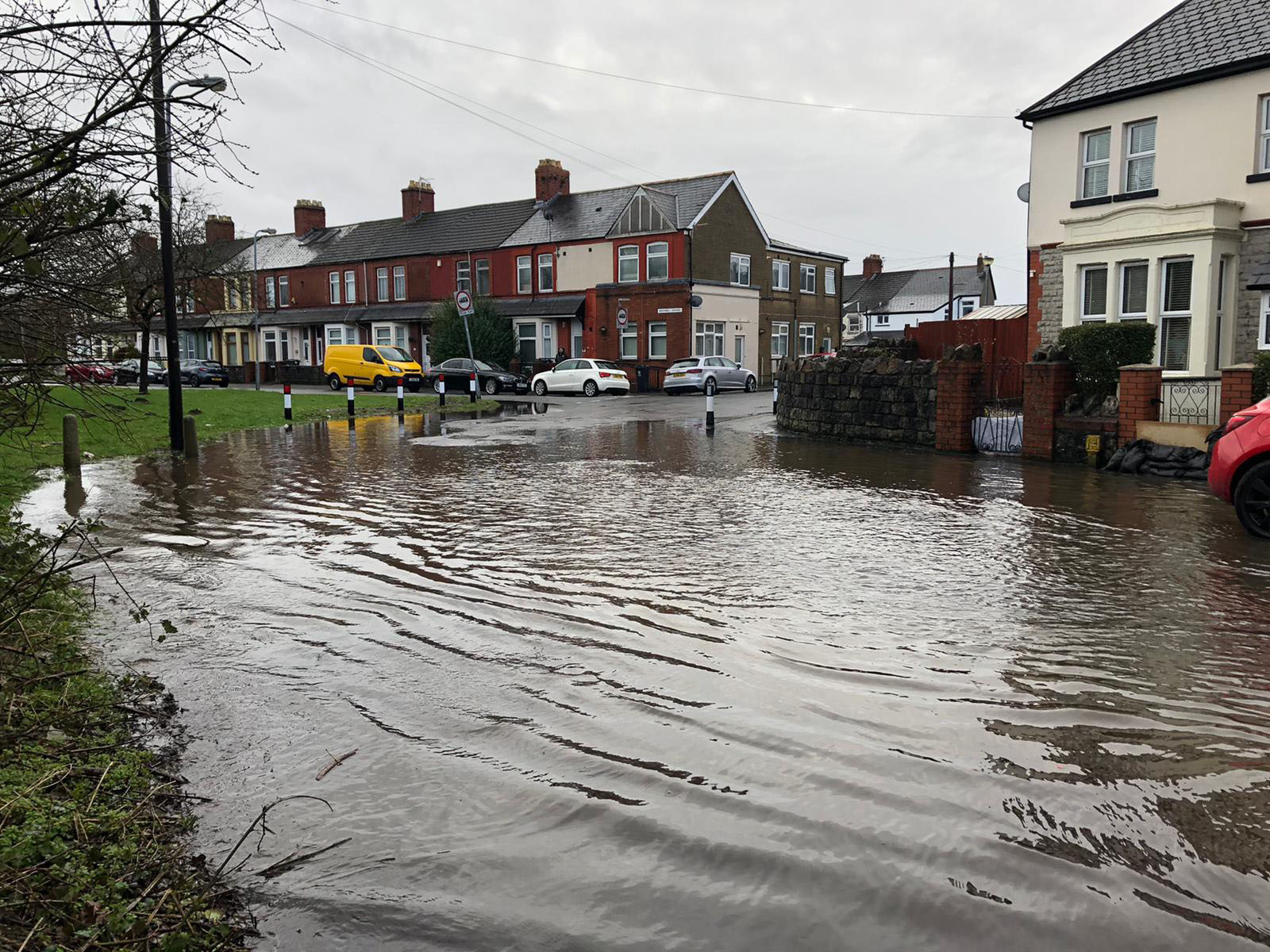 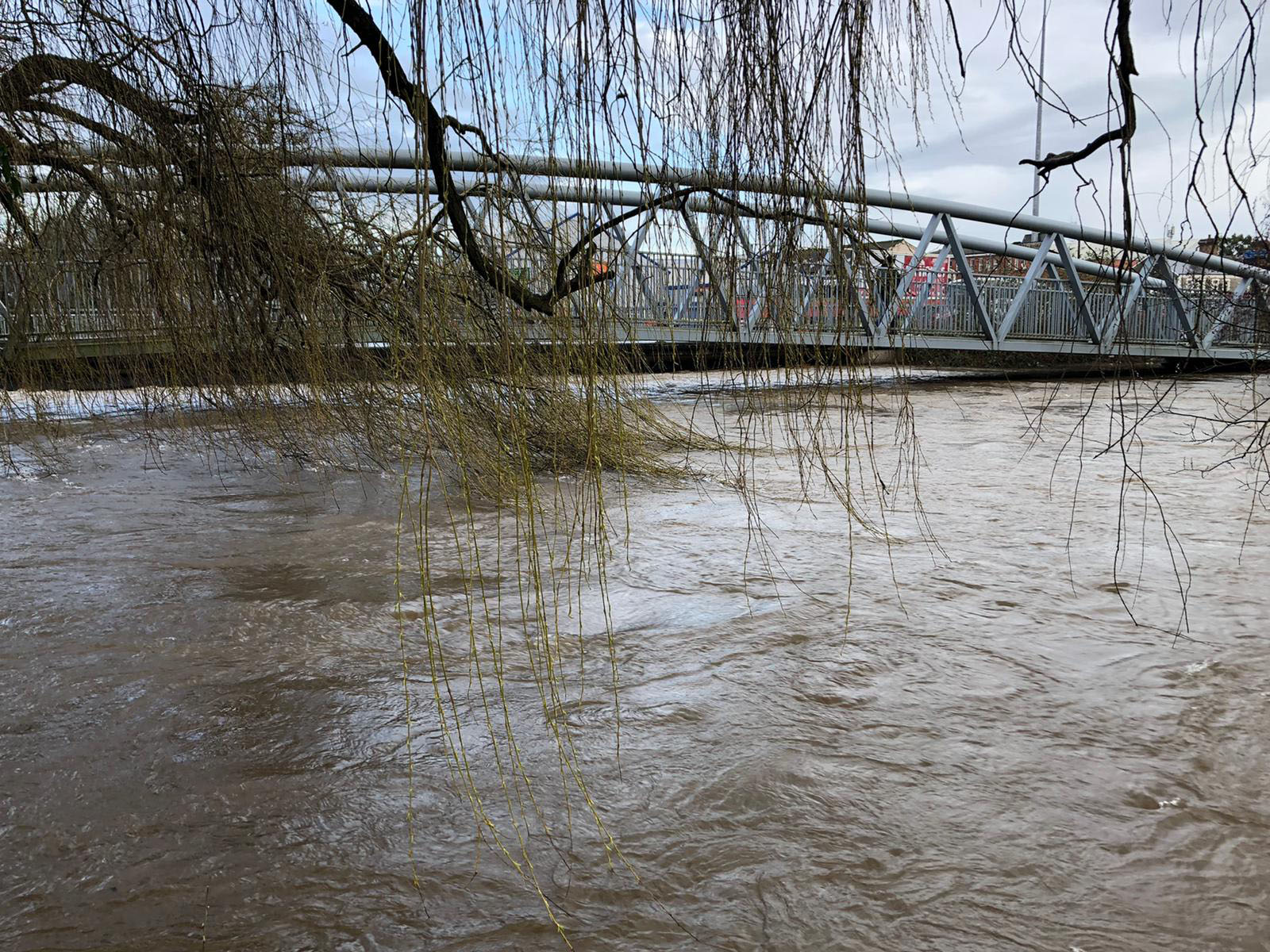 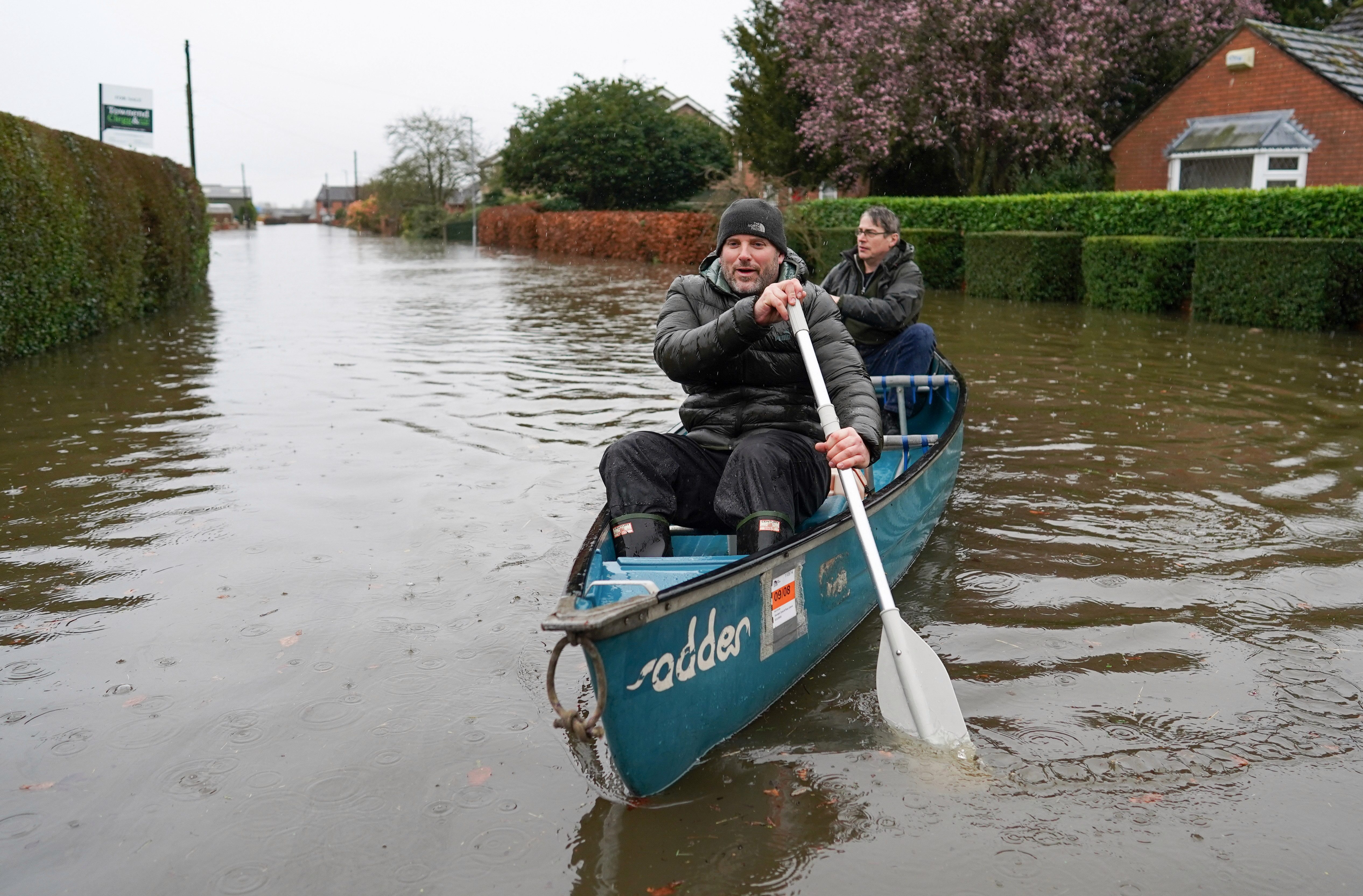 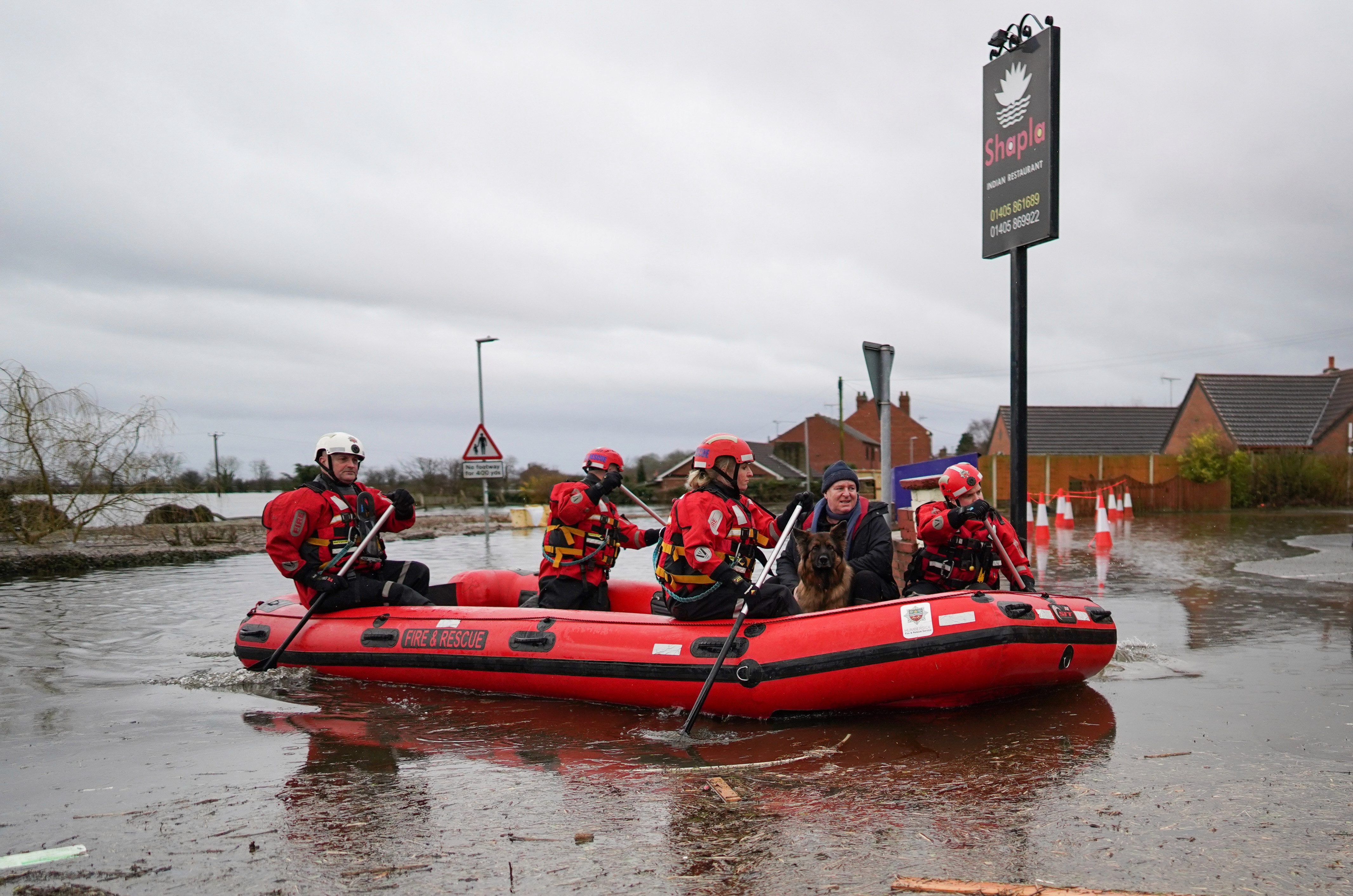 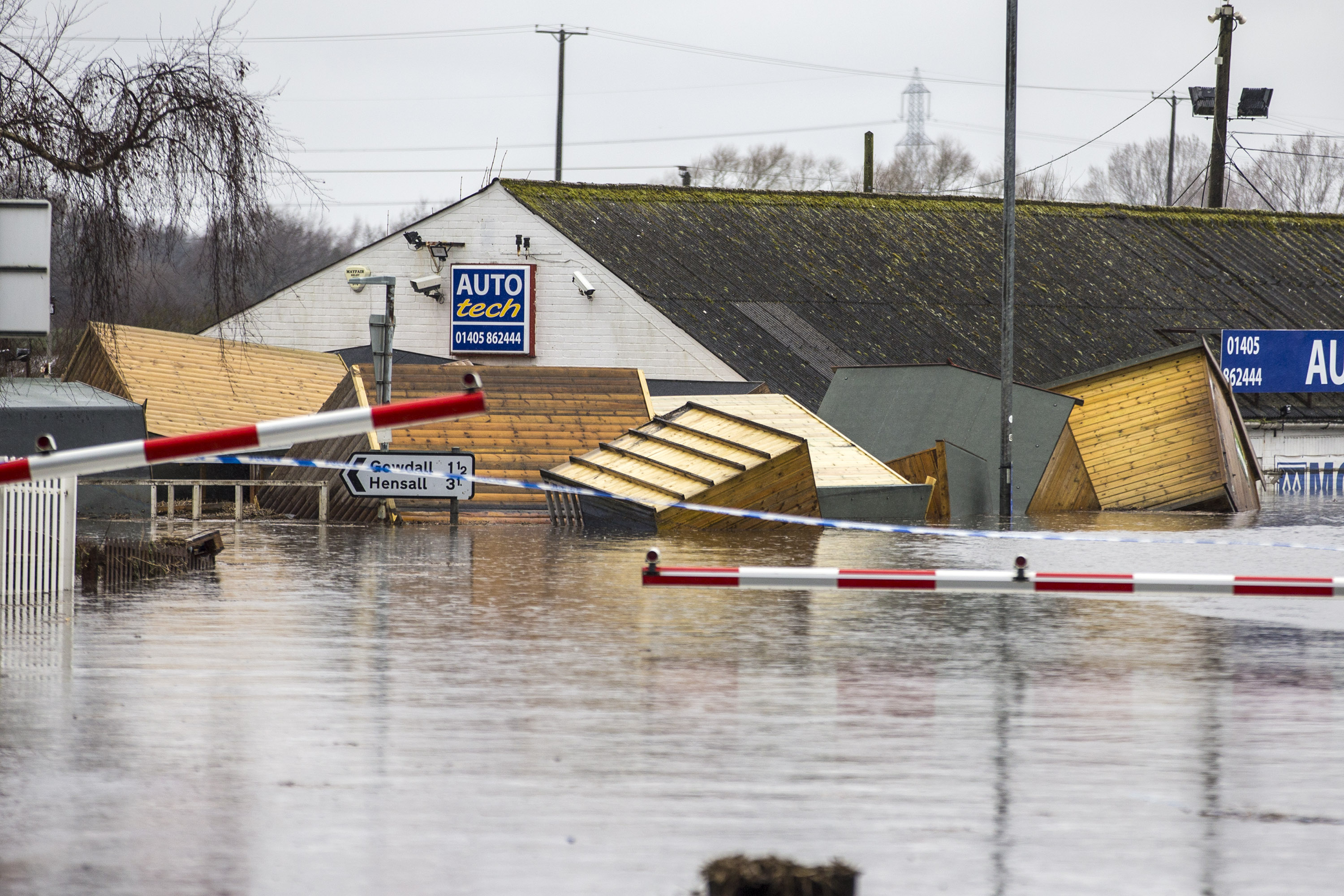 Storm Jorge inflicted heavy rain and winds of up to 60mph when it arrived in the region on Friday night, causing travel chaos with roads and railway tracks submerged in water.

South Wales Fire and Rescue Service has taken a total of 72 calls between 6pm on Friday and 6am on Saturday.

74 flood warnings remain in place across England and Wales on Friday night, mostly in the south west and along the English-Welsh border, and in Yorkshire.

According to MyWelshPool, fire crews had to rescue cars near Welshpool Airport in the Severn Valley after drivers ignored 'road closed' signs to drive through the flood.

Superintendent Andy Kingdom from South Wales Police said: "Indications are that the rain is set to stop and river levels will soon recede.

"There is still significant surface water and debris on the roads throughout the force area so we would advise people only to travel if absolutely necessary."

There are nine yellow weather warnings for rain, wind and snow in force across the country for Saturday, stretching from Cornwall to the north of Scotland.

Rain will continue to fall in these areas through the night, but "by seven or eight o'clock in the morning the rain should have stopped in those areas", according to Met Office forecaster Emma Salter.

She explained: "We've got Storm Jorge at the moment with quite a few weather warnings in force.

"Broadly speaking, latter parts of tonight through to tomorrow morning, it's going to be quite lively with some heavy rain and strong winds.

"It's going to be a really wet start to the day."

It's going to be a really wet start to the day.

The worst of the wet weather will pass as lunchtime comes around, Ms Salter said, adding: "Winds in some places on higher ground could reach 50-60mph, but things will start to calm down quite quickly, by 9am or 10am the rain should have cleared to the east.

"It will be a lively system for the early risers, but most people will still be waking up to not a great day."

Persistent snow is expected across higher ground in Scotland and people have been warned to expect travel disruption on road, bus and rail routes.

The Met Office warnings persist into Sunday, with most of the country braced for more strong winds, and Scotland for yet more snow.

However, there may be some let-up as the new week begins, with the rain and wind warnings abating, leaving only the wintry showers north of the border.

In the West Midlands, flood defences have been repaired in an attempt to prevent a repeat of this week's flooding.

Dave Throup, Environment Agency (EA) manager for Herefordshire and Worcestershire, praised the "herculean efforts" of teams in Ironbridge and Bewdley, along the River Severn.

The EA has also warned drivers to be careful when travelling over the weekend, and advised not to drive through deep water, as "just one eggcup" of water is enough to ruin an engine.

England has received more than 200% of its average February rainfall, according to the Environment Agency, with some areas experiencing a month's worth of rain in 24 hours.

Storm Jorge is the fifth storm to hit the UK since December 6 last year and the third in February. 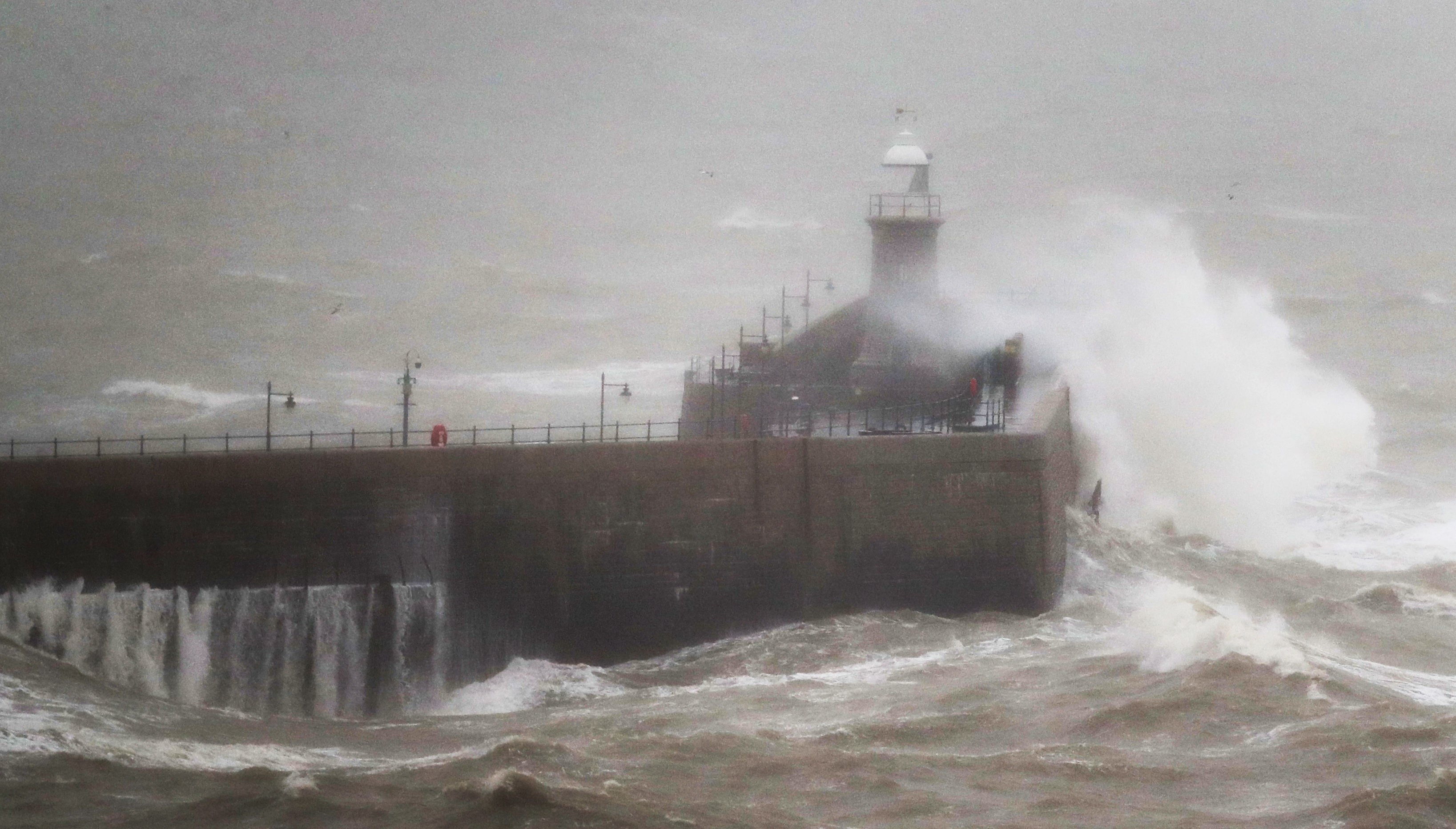 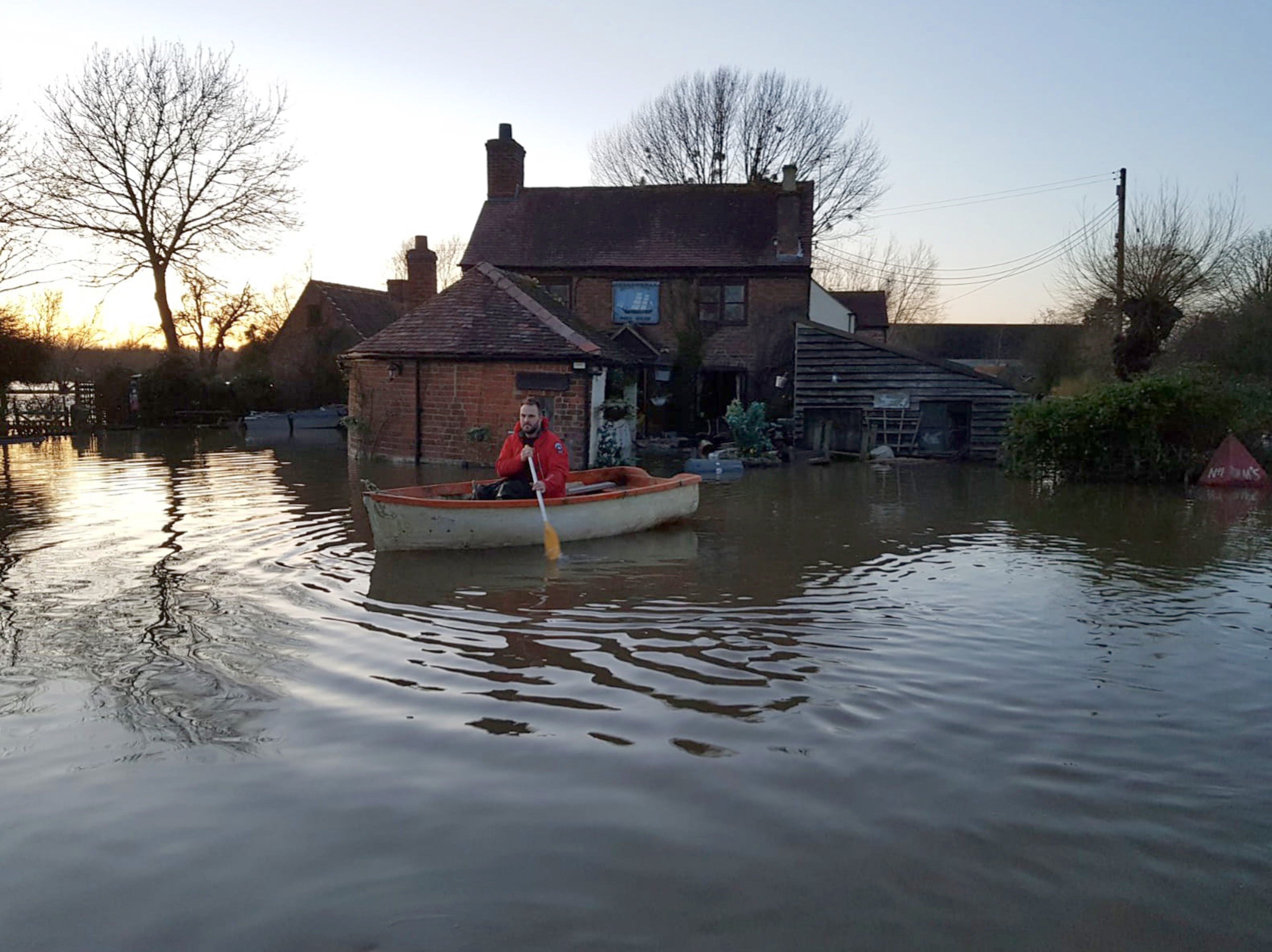 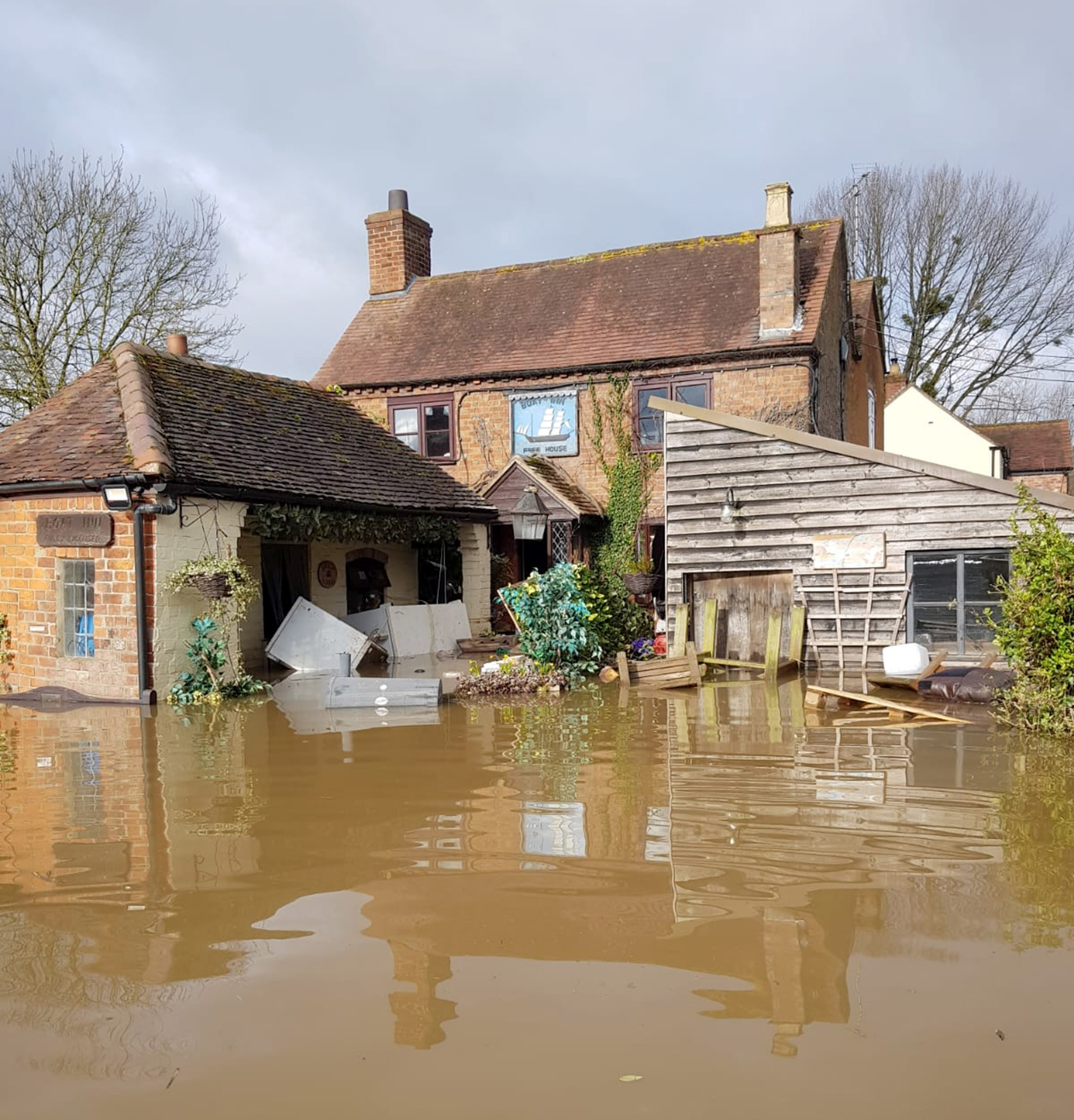 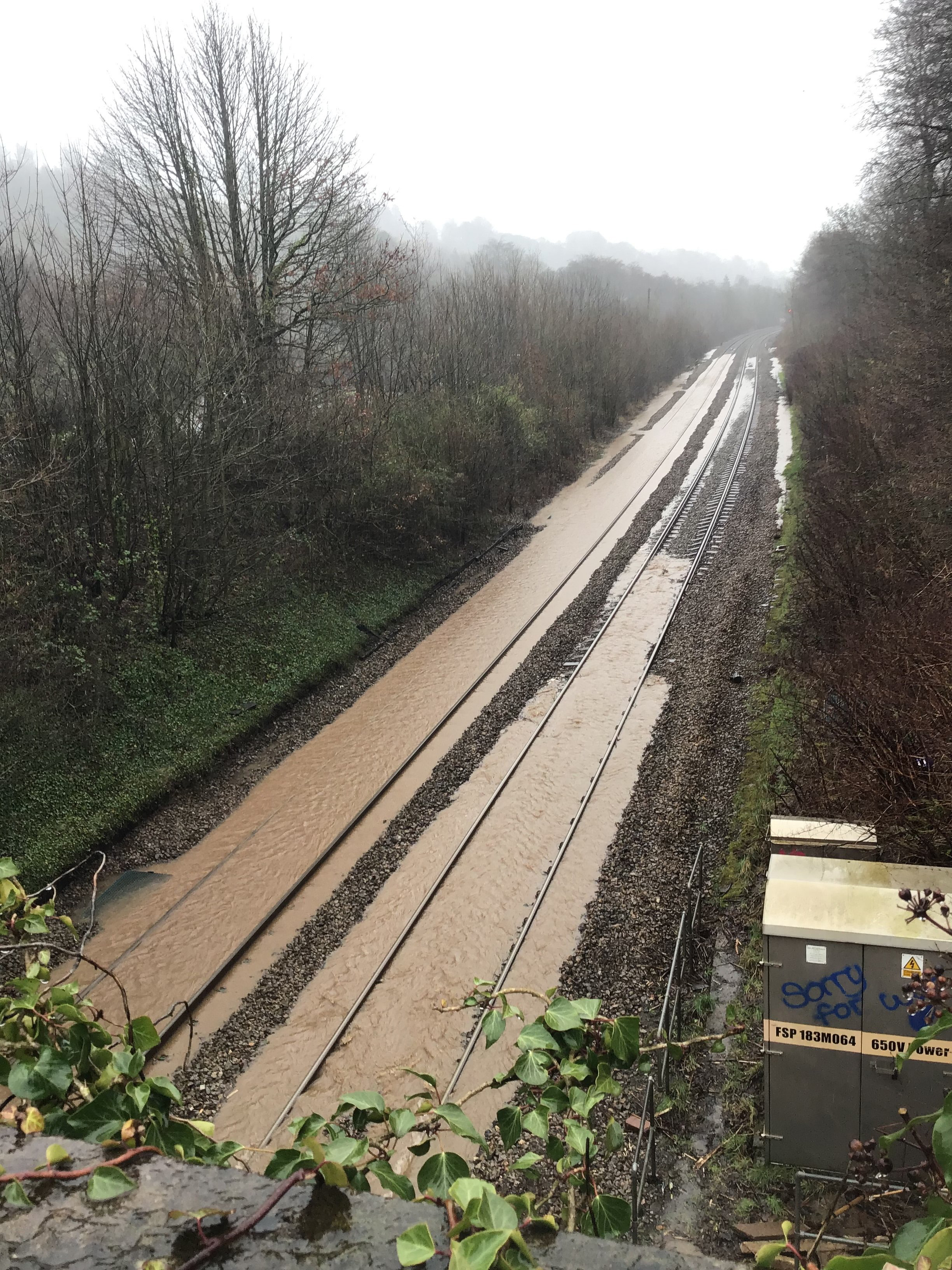 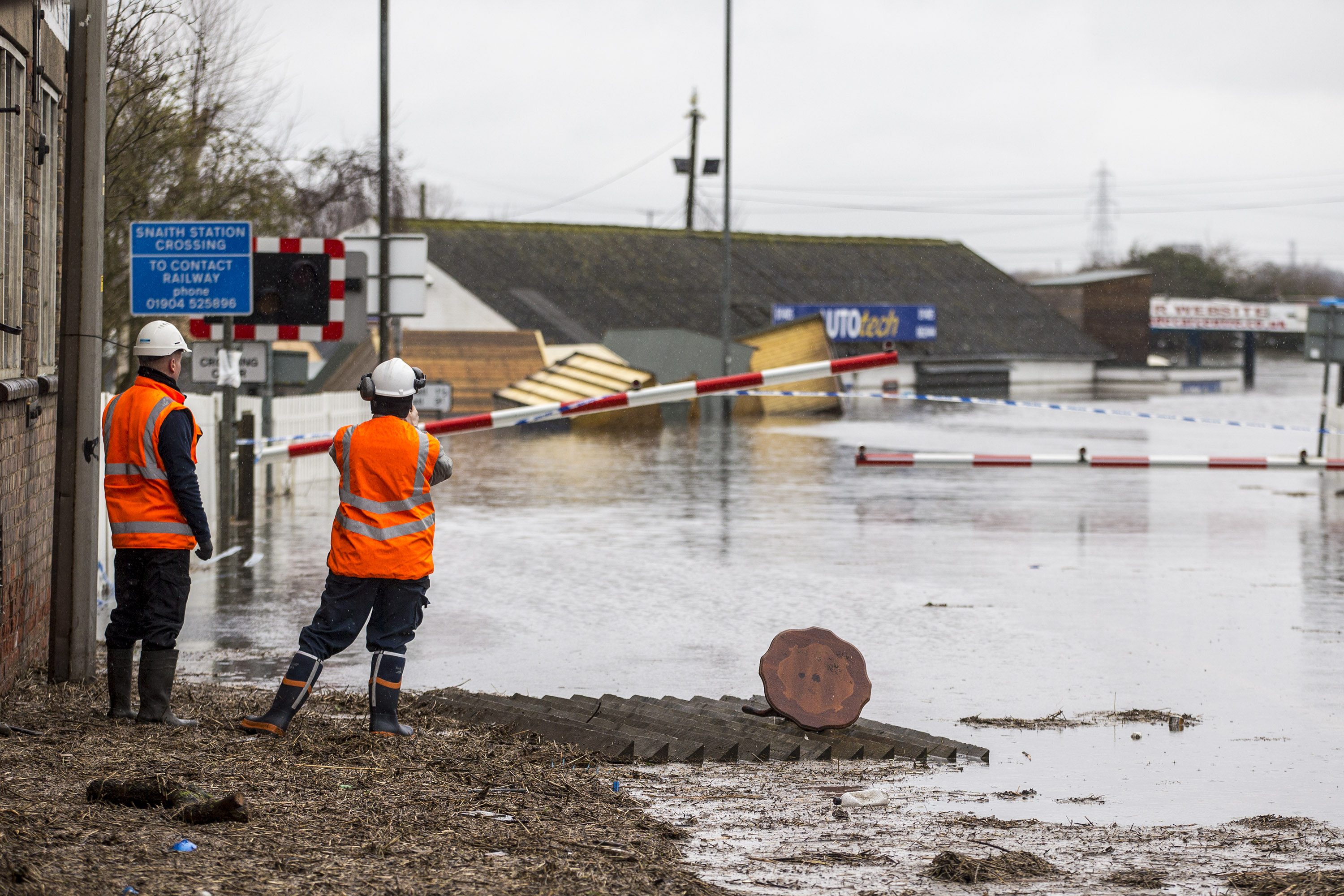 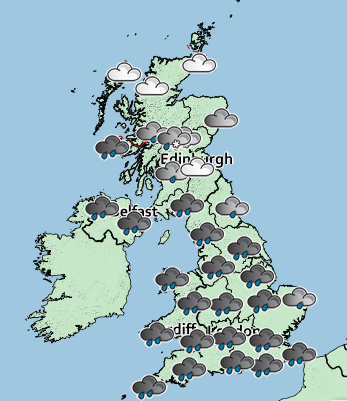 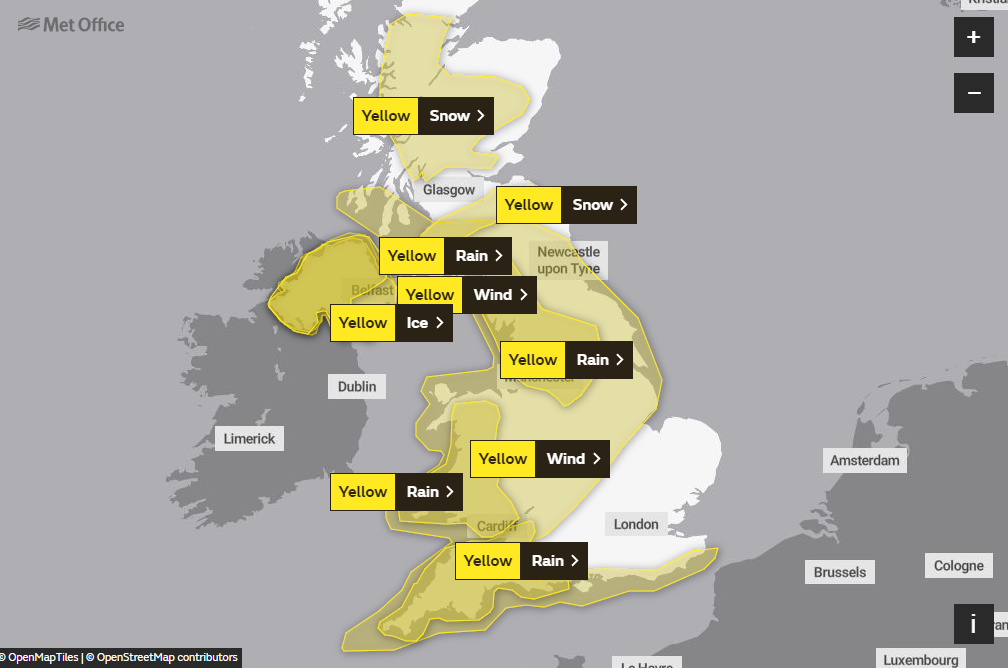 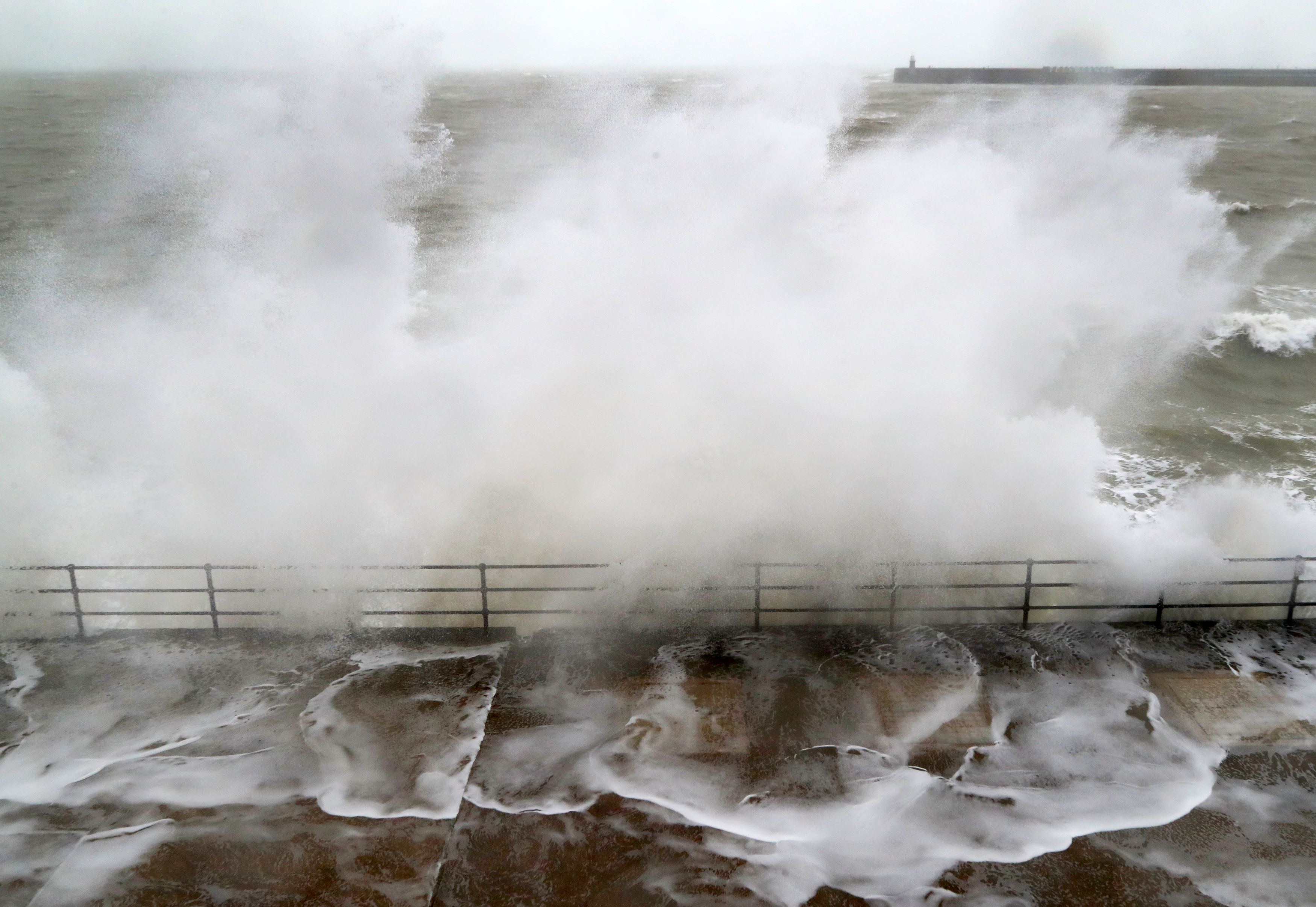 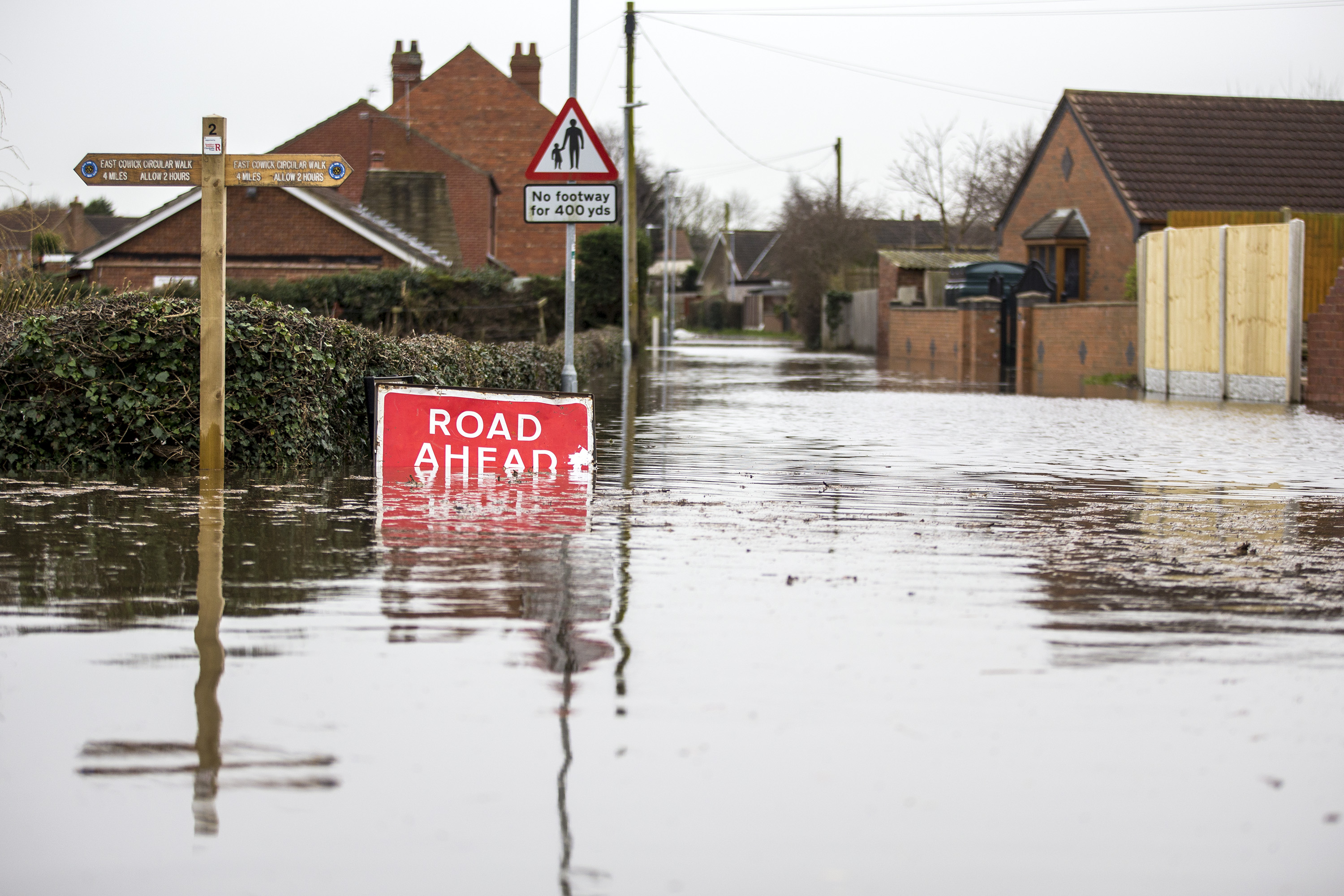 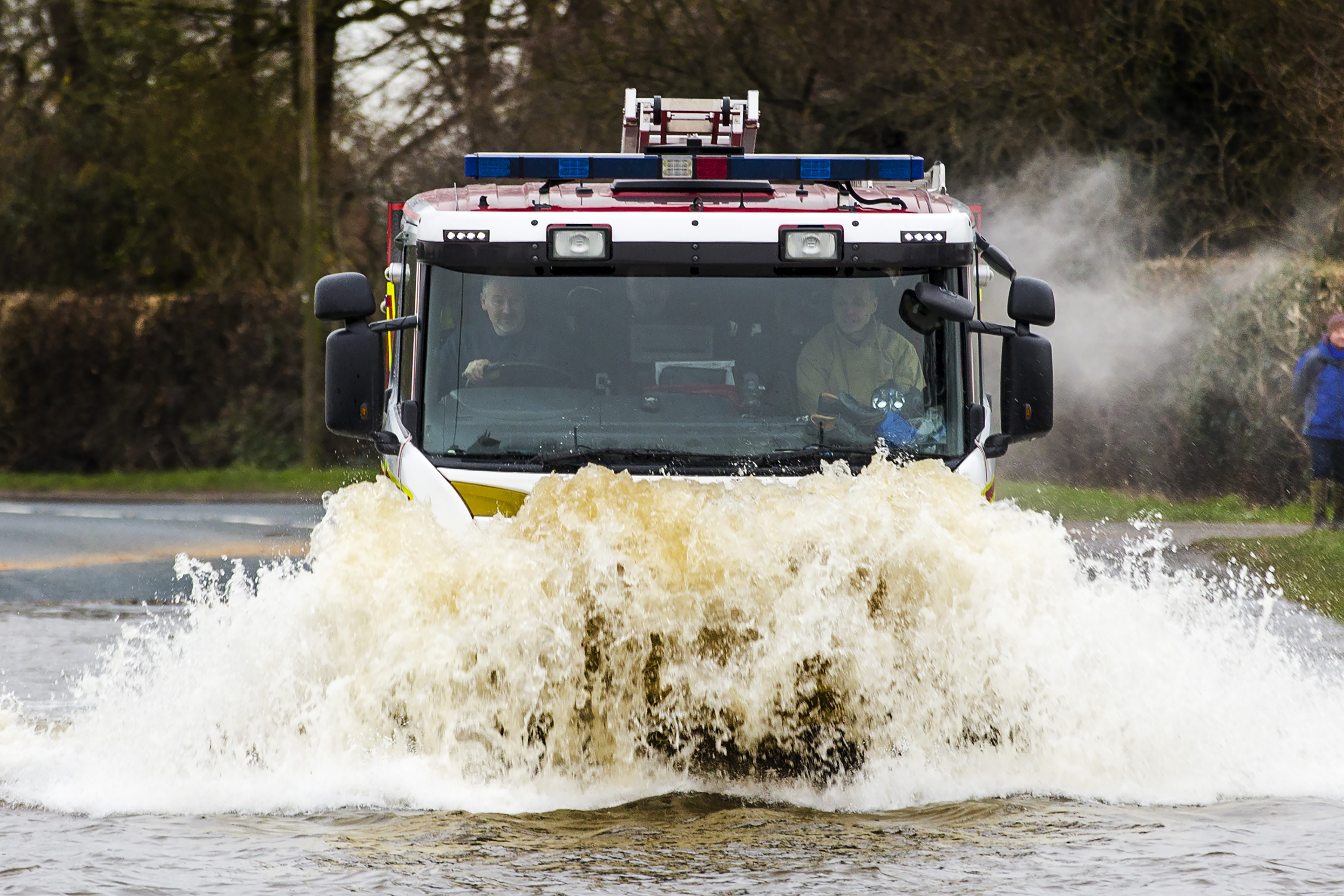 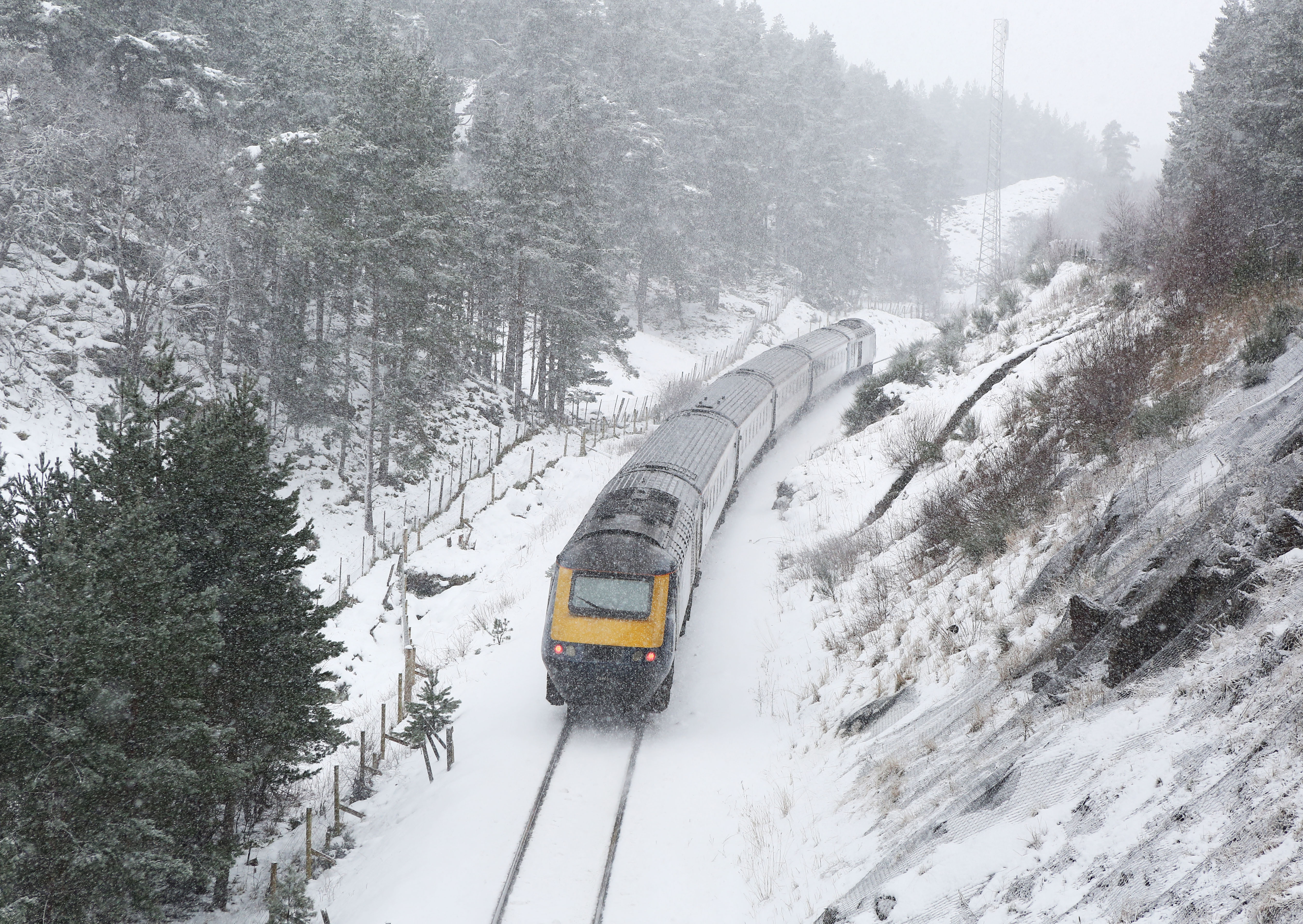 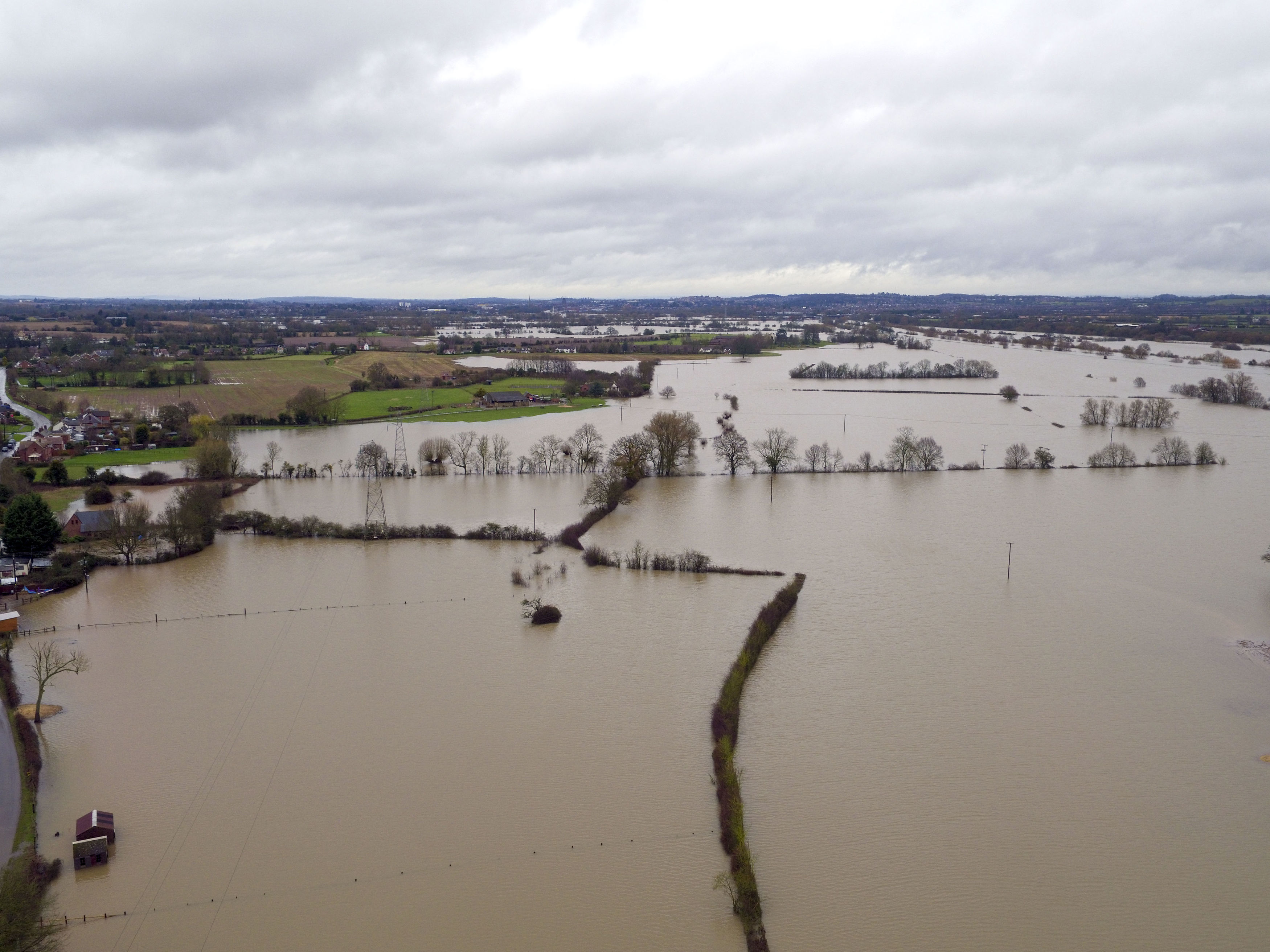 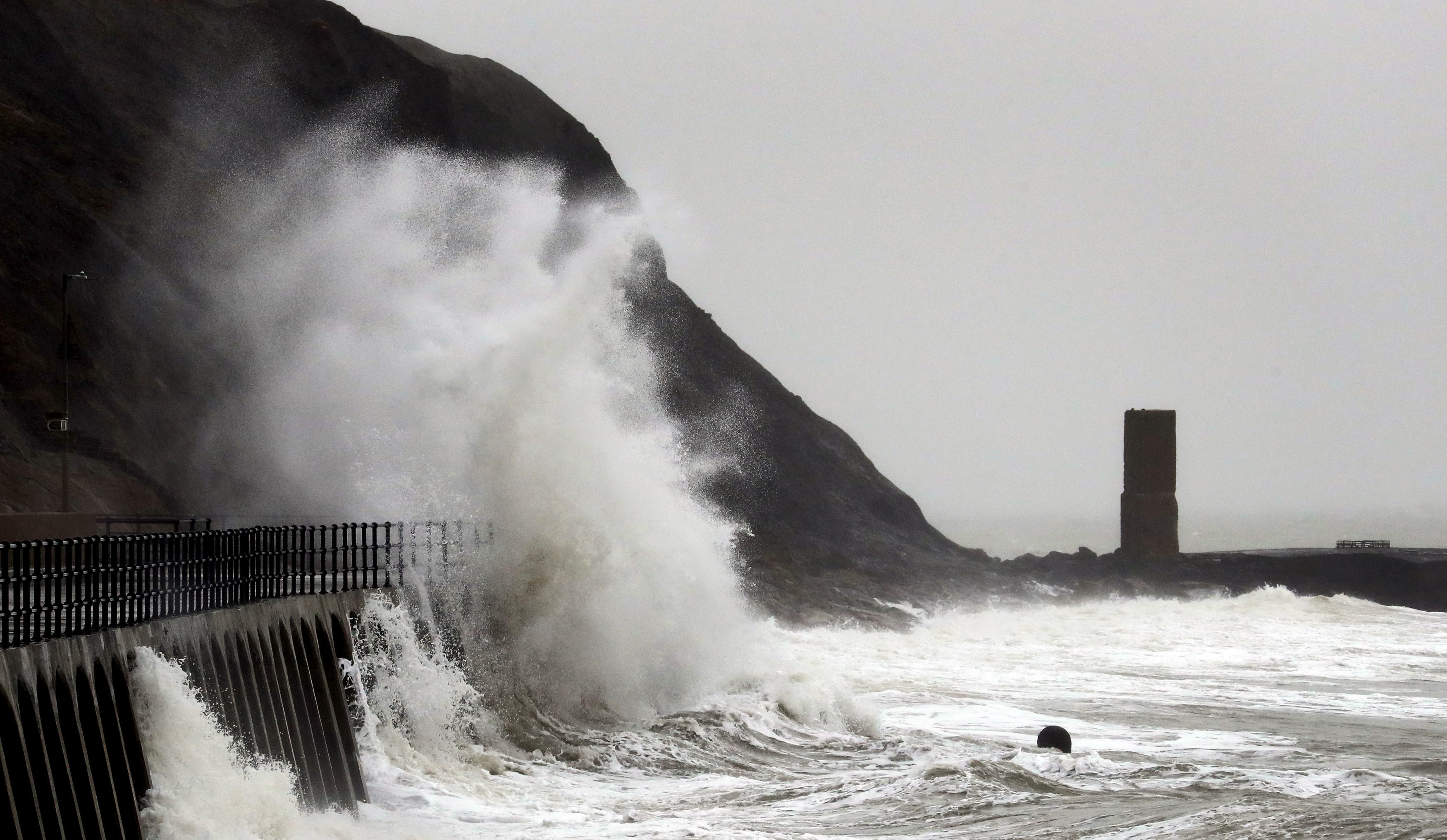