It's up there with 'Agueroooo!' and 'what a hit, son!' as some of the most iconic commentary in recent football history. 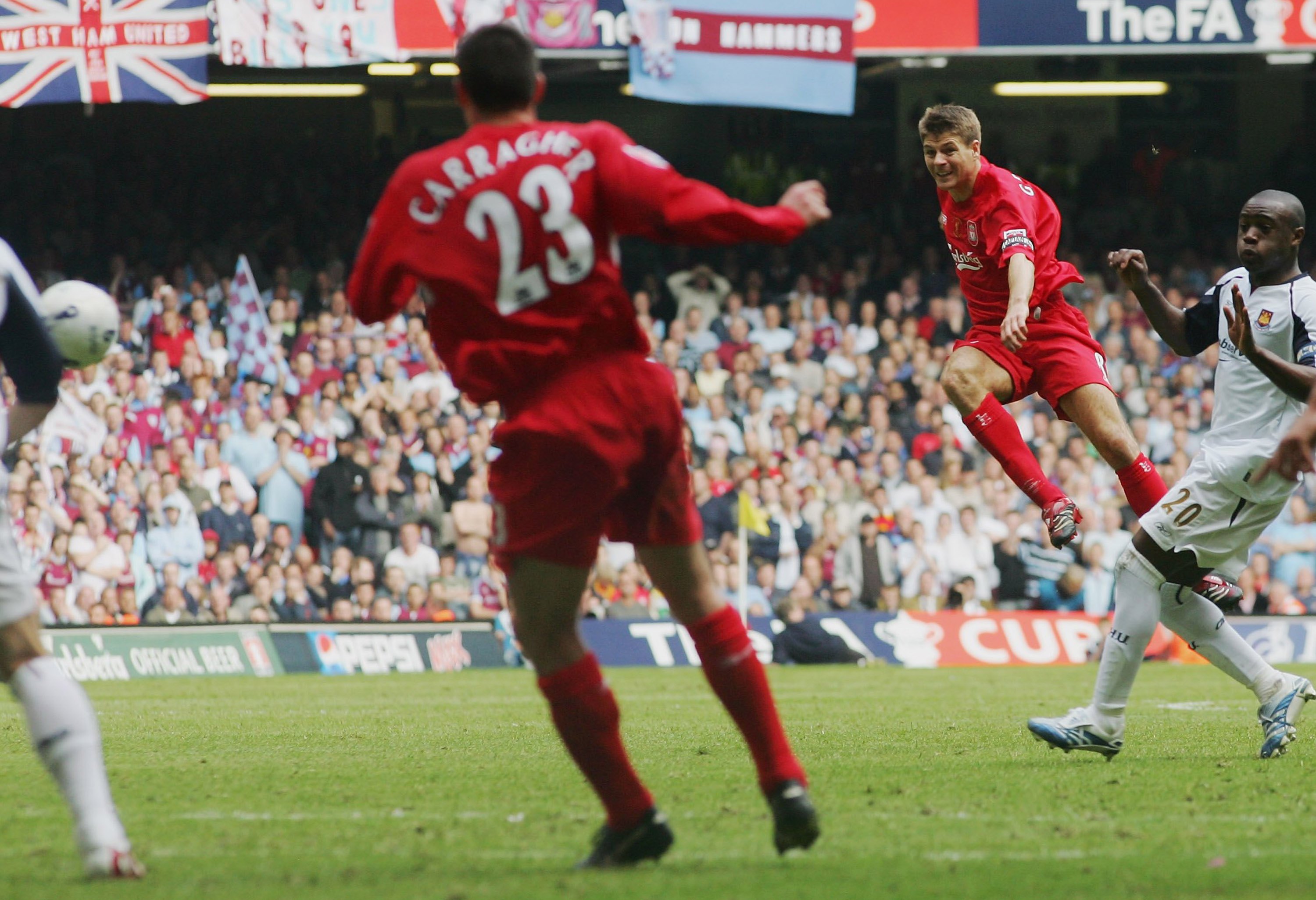 And 15 years on, ahead of the 2021 FA Cup final between Chelsea and Leicester, we take a look back at 'The Gerrard final'.

The year was 2006 and Liverpool – fresh from the Miracle of Istanbul in the Champions League final win over AC Milan – had enjoyed a strong season, finishing third in the Premier League.

But before the players embarked on the World Cup in Germany, they had one more game to play – the FA Cup final against West Ham at Cardiff's Millennium Stadium.

Liverpool went into the game as strong favourites but were stunned after slipping two goals down early on.

Jamie Carragher scored a 21st-minute own goal before Dean Ashton fired the Hammers 2-0 up before the half-hour mark.

Djibril Cisse pulled one back for the Reds shortly afterwards after converting a Gerrard cross, but Rafa Benitez's side still trailed at the break.

Just ten minutes into the second period, Gerrard sensationally volleyed home a knock-down header from Peter Crouch as Liverpool fought back in a cup final yet again.

But West Ham left-back Paul Konchesky – who would later play for Liverpool – put the Londoners ahead once more with a little under half an hour to play. 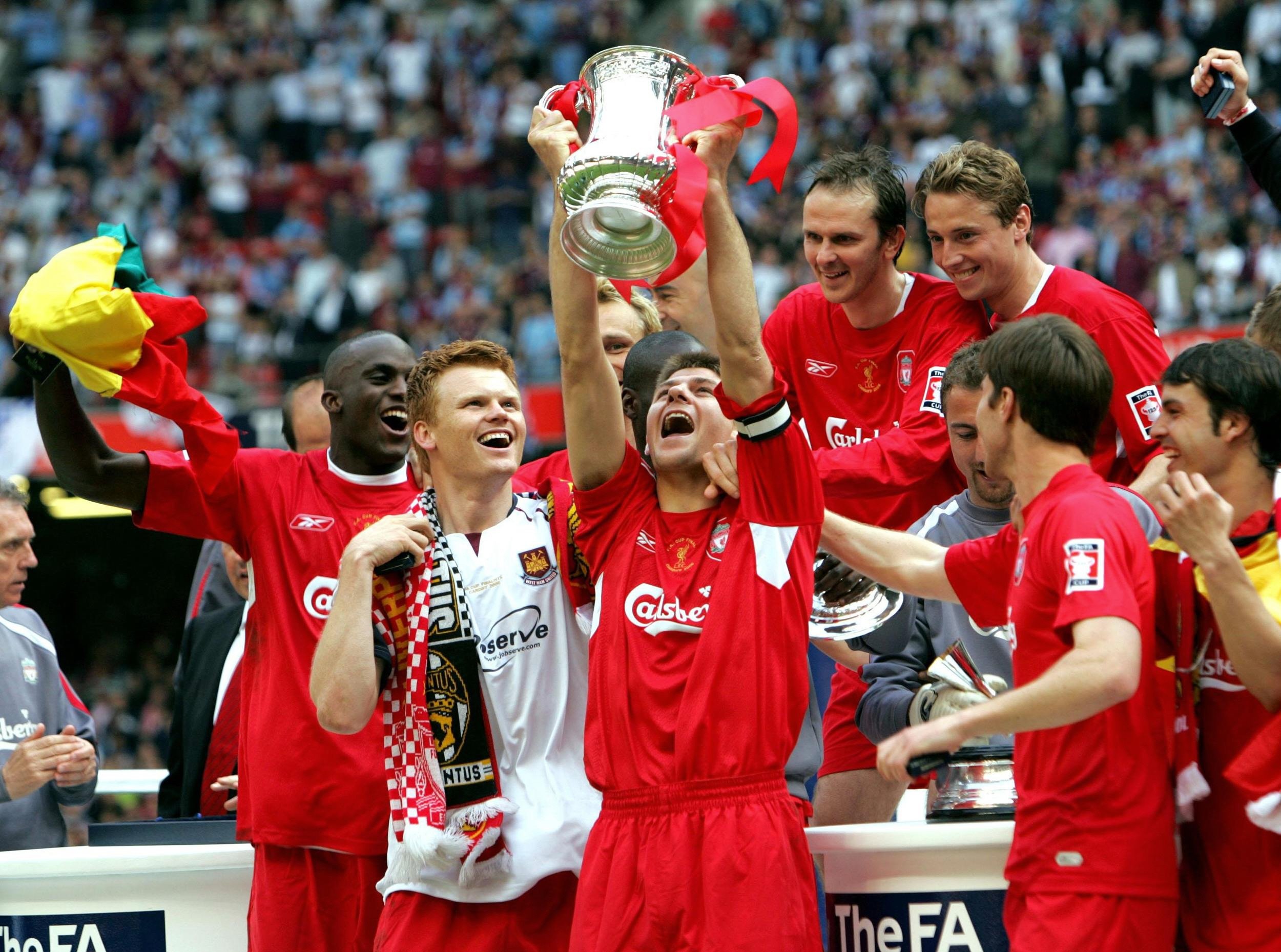 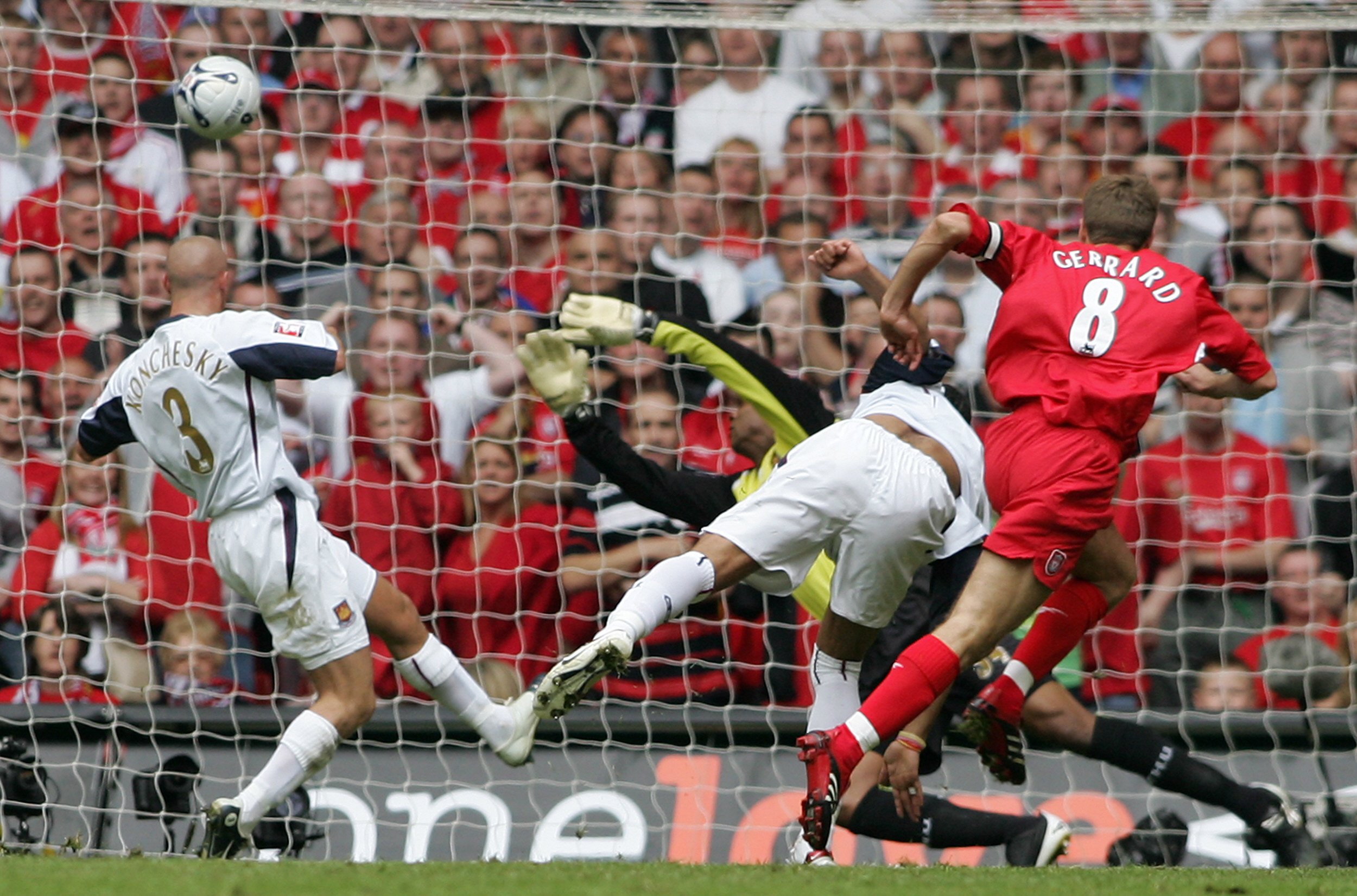 The Reds continued to huff and puff but were unable to break through.

Worryingly for Liverpool, with minutes left in normal time, Gerrard went down with severe cramp as the his gruelling work load took its toll.

The talismanic captain had been involved in everything good for his side, spraying pass after pass and embarking on sprint after sprint as he almost single-handedly tried to keep his club in the game.

The clock ticked over to 90 minutes and the stadium announcer began to murmur there would be four minutes of stoppage time to play.

Before the announcement had even finished, a scrambled clearance fell to Gerrard all of 35 yards out.

Exhausted and desperate, Gerrard swung his deadly right boot at the ball – which arrowed into the bottom right-corner of Shaka Hislop's goal.

"Oh Steven Gerrard, just when he looked injured and out of it, has equalised for Liverpool with 90 minutes gone.

"It's 3-3 and surely the best cup final of modern times… it's like Istanbul again for Liverpool." 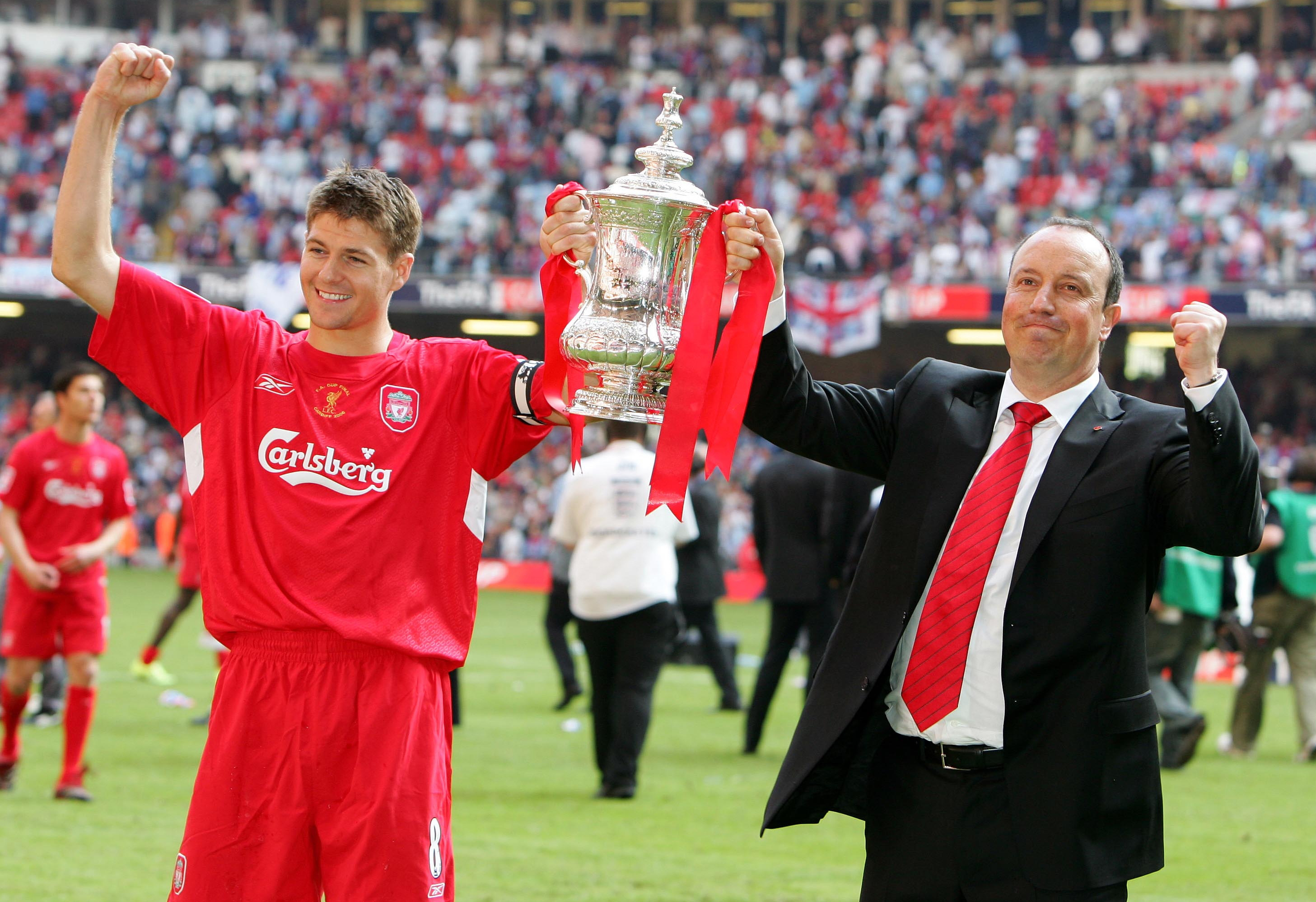 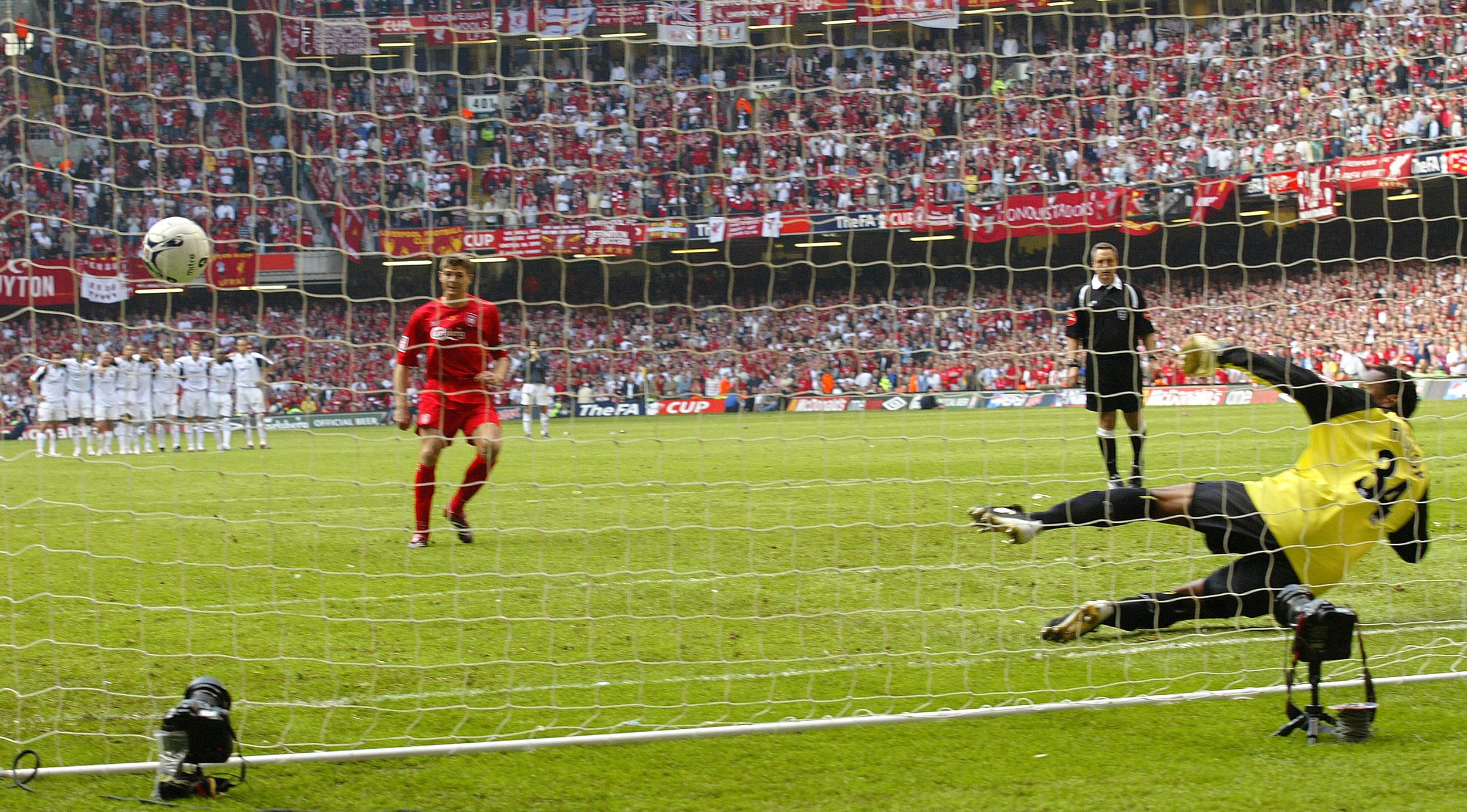 The game would go to penalties, with Gerrard bravely battling through the pain for a further, goalless half an hour.

Naturally, the midfield maestro still managed to convert his spot-kick in the penalty shootout with a rocket into the top-right corner.

Liverpool won the shootout 3-1, with Gerrard the only choice for Man of the Match.

The Reds haven't won the FA Cup since that incredible May day in 2006.

But fans are forever grateful for one Steven George Gerrard for the victory 15 years ago.