Home » Lifestyle » Squid Game: How to make the honeycomb sweets and play the TikTok challenge 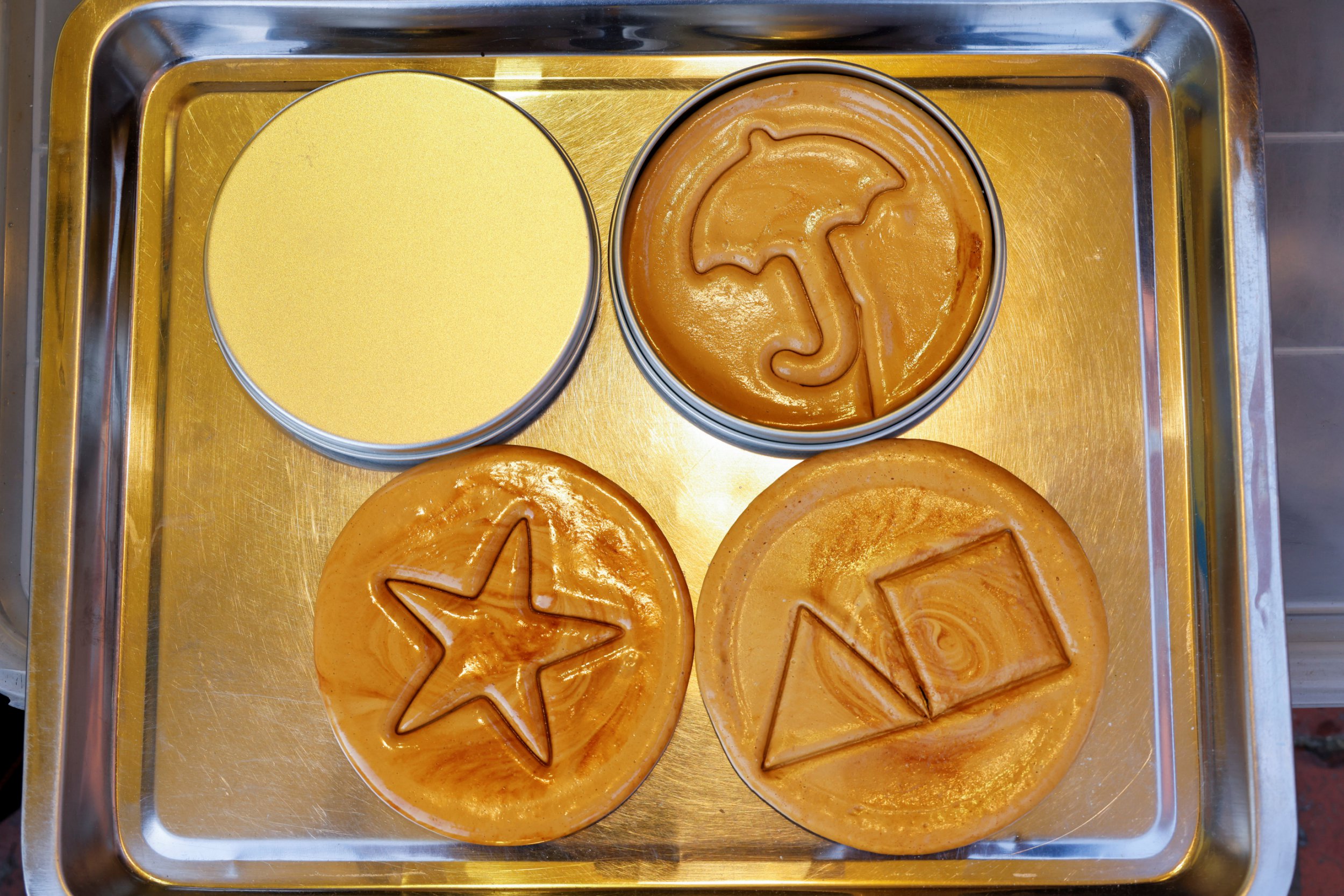 Where we all went crazy for Dalgona coffee last summer, this year’s trending foodstuff is Dalgona candy.

It’s all to do with a new show on Netflix called Squid Game, which sounds very cutesy but is actually a high-octane survival drama with a dark twist.

The general premise of the show is a group of people with not much to lose compete in a ‘game show’ of sorts, inspired by children’s games.

Characters in the Hwang Dong-hyuk-directed series compete to win money. Losing puts the contestants at risk of death.

Granted, it’s not a cheery watch, but it’s been hugely successful so far, and has even sparked a TikTok challenge.

It involves eating tasty candy, and thankfully you won’t suffer the same fate as the Squid Game lot if you don’t manage it.

What is the honeycomb Squid Game challenge?

As mentioned, the Squid Game is based around childhood activities.

Dalgona candy is a honeycomb lollipop that’s part of a game popular in South Korea with children. Typically sold from street vendors for the equivalent of about £1.25, they’re circular-shaped and flat, with a symbol pressed into the middle.

Kids would play a game where they’d try to break around the design of the wafer thin cookie, leaving them with the shape but not the edges.

It’s deceptively tricky, as the candy tends to crack in straight lines rather than in the star, heart, or scalloped shapes normally found on Dalgona candy.

Competitors have been trying to master it using pins or other sharp objects to dislodge the shape, but even that doesn’t make it easy.

In Squid Game’s dystopian world, the penalty for an unsanctioned crack is death, although on TikTok we can assure you it’s just a bit of fun.

Sellers on marketplaces like Amazon have been coming out with Dalgona candy kits after the release of Squid Game, but you don’t need any specific equipment to try.

If you’ve made honeycomb before, it’s similar to that, except each cookie is made separately rather than in batches.

Take a large metal spoon, and place a tablespoon of sugar into it. Hold the spoon over heat (careful to keep your hands away from flames) and stir with a cocktail stick until it’s melted.

Remove the spoon from the heat and add a pinch of baking soda to your dissolved sugar. You have to get combining the two ingredients really quickly here, and you’ll notice with vigorous stirring that the mixture starts to look opaque and expands.

Once you’ve combined the ingredients, pour your mixture directly from the spoon onto some greaseproof paper. It will naturally settle into a circular shape.

Wait 20 seconds for the cookies to lightly cool, then press a cookie mould (any shape is fine) onto the top, avoiding going right through to the bottom.

There you’ll have a Dalgona candy, and can recreate the iconic scene from Squid Game – or just enjoy a sweet treat.