But they have NOT requested referees Mike Dean and Lee Mason not officiate their future games. 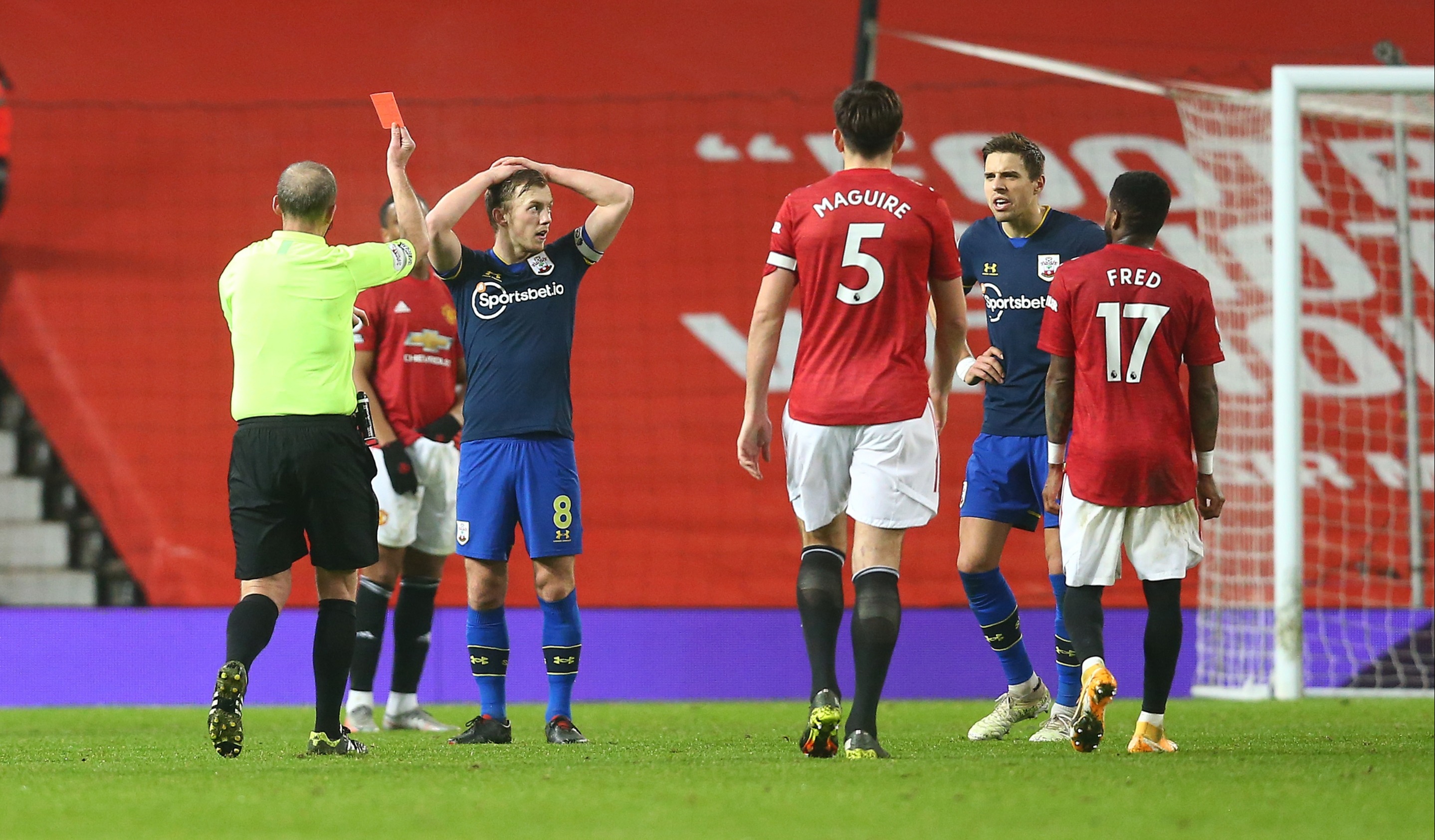 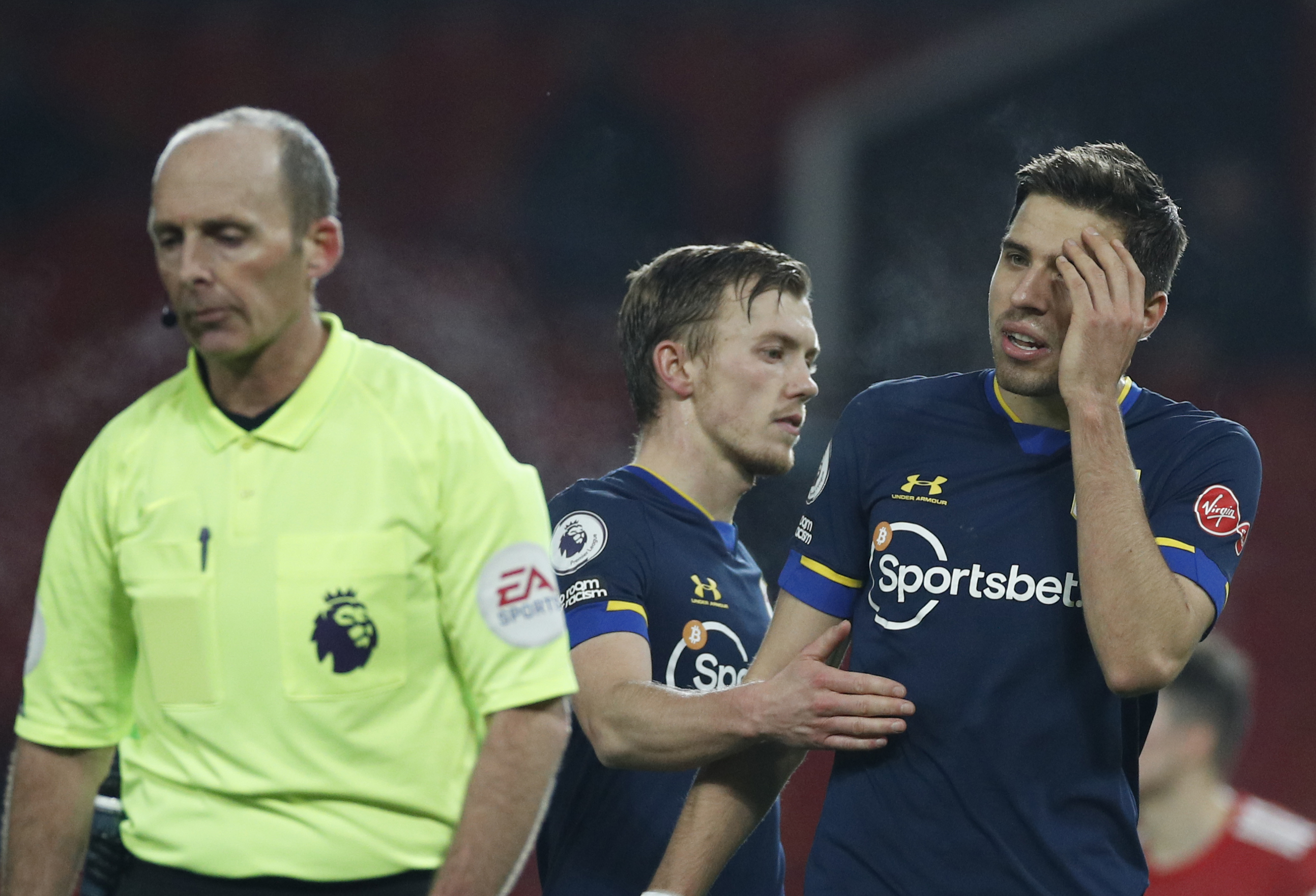 Saints are privately angry with some of the decisions made against them in their last two games.

Those include Dean harshly sending off defender Bednarek for a foul in the area on Anthony Martial in the final stages at Old Trafford on Tuesday night.

Bruno Fernandes converted the subsequent penalty, before goals from Martial and Dan James meant the scoreline equalled a Premier League record for a defeat.

They also were unhappy with Mason’s decision not to award a penalty for a handball against Matty Cash in Saturday’s 1-0 home defeat to Aston Villa.

It had been suggested the South Coast club had put in an official request to have the whistlers banned from reffing their games in the near future as a result.

This is not the case but there is a possibility the club could consider it if they manage to overturn Bednarek’s three-match ban.

Dean deemed the Pole to have denied a goal-scoring opportunity with no attempt to play the ball.

But Saints claim their defender pulled out of the challenge and if any contact was made it was from Martial dragging his foot while going down. 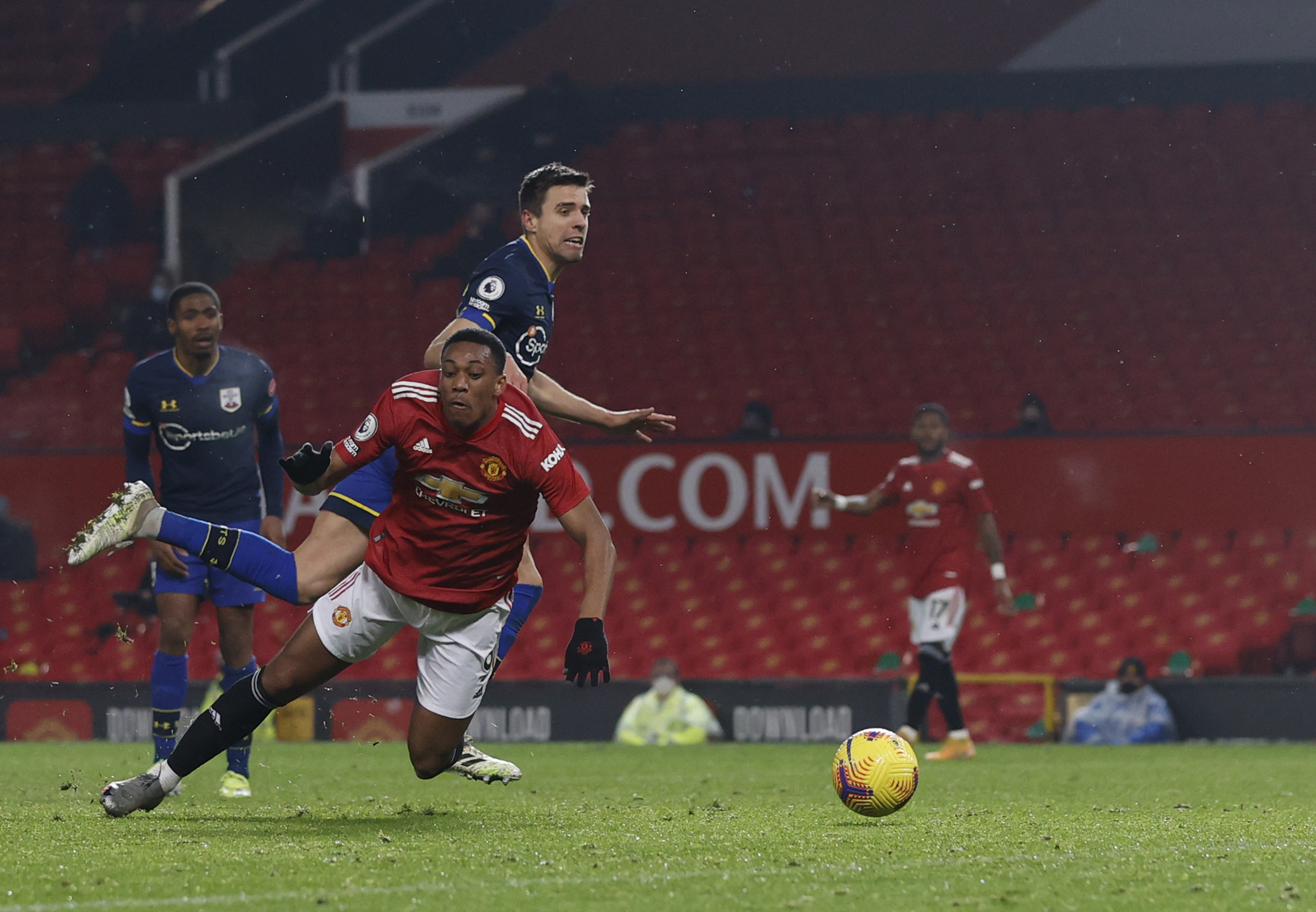 The humbling at United was amazingly the SECOND time boss Ralph Hasenhuttl has lost by a 9-0 scoreline, having done so at home to Leicester in October 2019.

SunSport understands there is no threat to the Austrian’s job though with the team overall showing clear progress under his tutelage and plenty of mitigating factors for the result.

Those included an injury crisis which saw a number of first-team players missing, meaning Hasenhuttl was forced to name a squad full of inexperienced kids.

While debutant Alex Jankewitz’s red card less than two minutes into the game for a horror tackle on Scott McTominay had a clear impact.

Sadly and yet predictably in these times, the 19-year-old Swiss became another victim of online racist abuse after the incident.

The Saints drama came on the same night as David Luiz was sent-off in equally controversial fashion.

But SunSport revealed the red card was correctly awarded despite Arsenal's plan to appeal.

Although seemingly accidental, Luiz’s collision with Wolves’ Willian Jose was not an attempt to play the ball and IFAB’s updated laws of the game confirm that is a red card offence.

The laws state: “Where a player commits an offence against an opponent within their own penalty area which denies an opponent an obvious goal-scoring opportunity and the referee awards a penalty kick, the offending player is cautioned if the offence was an attempt to play the ball; in all other circumstances (e.g. holding, pulling, pushing, no possibility to play the ball etc.) the offending player must be sent off.”