‘Imagine a pandemic when you see more of Robbie Savage than Boris Johnson’: Social media reacts with bemusement as ex-Wales midfielder pops up to ask Matt Hancock a question at daily coronavirus briefing

The former Leicester, Derby and Wales player appeared via video link to ask Health Secretary Matt Hancock about the restrictions on playing football during the current pandemic.

Savage queried why the government’s published guidelines permit junior tennis players, golfers and athletes to receive one-on-one coaching but footballers are not.

Robbie Savage made a surprise appearance on Thursday’s coronavirus briefing 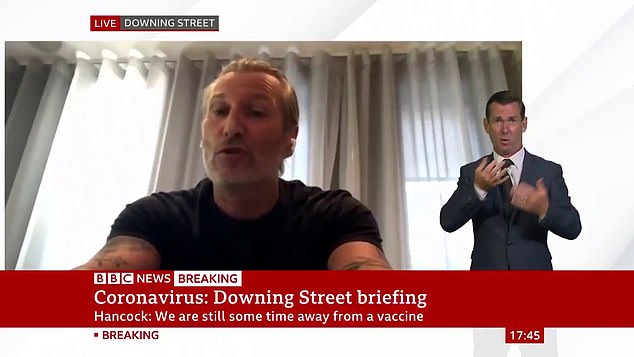 The 45-year-old, who now works as a pundit, queried the government guidelines on sport

He said: ‘It is mental health awareness week and we all know how important all sport is as a contributor to achieving healthy minds and bodies.

‘Why, therefore, is it that in published guidelines by governing bodies that junior tennis players, golfers and athletes are able to receive one-on-one coaching sessions but young people who play the working class game of football are currently not allowed to?’

Chief Medical Officer Professor Chris Whitty suggested members of the public may have to play football with rule changes before a vaccine is found. 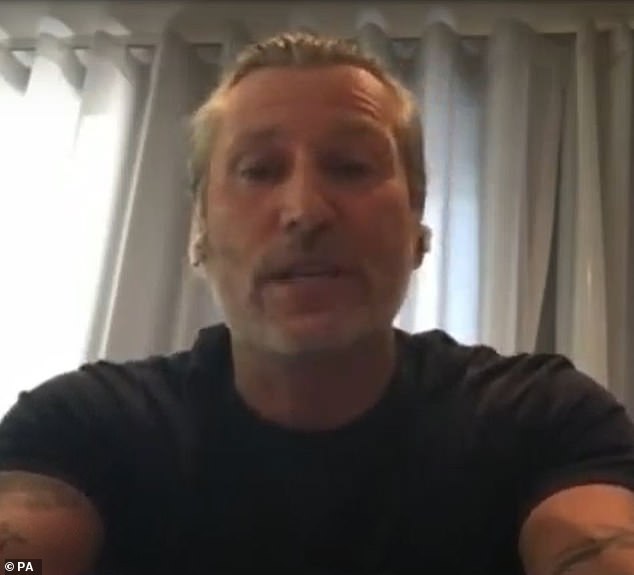 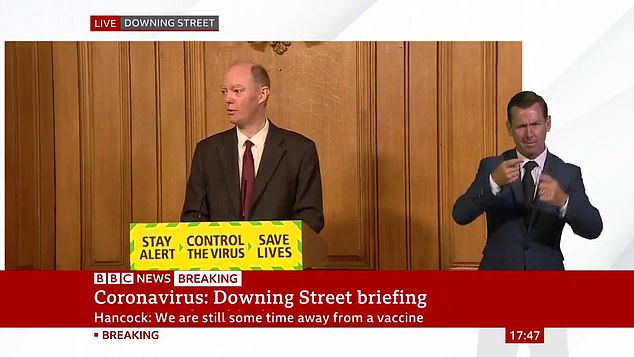 In response to Savage, he told the briefing that having a vaccine on a widespread scale before next year is ‘very unlikely’.

‘So I definitely hope that football will be available – possibly with some degree of change of how it’s played, there may have to be some ways we think it through – in advance of a vaccine,’ Professor Whitty said.

‘My very strong hope, and I’m sure this is a strong hope of everybody’s, is football is well before we get right out to that right-hand end of that path.’

Savage’s surprise appearance at the briefing caught the attention of football fans on Twitter.

Some commentators, including BT Sport presenter Jake Humphrey, suggested Savage should take over from Boris Johnson.

Another fan asked if Robert Peston could be permanently replaced with the former footballer while Owen Gibson noted Matt Hancock’s ‘nightmare’ had taken a strange turn.

Football author Duncan Alexander joked: ‘Robbie Savage is the only player to be booked 14 times in a PL season and once for a govt Q&A’.

Elliot Hackney added: ‘We’re in one twilight zone of a reality where Robbie Savage is holding the government to account’.

Another added that Savage’s appearance was just another crazy moment to add to 2020. 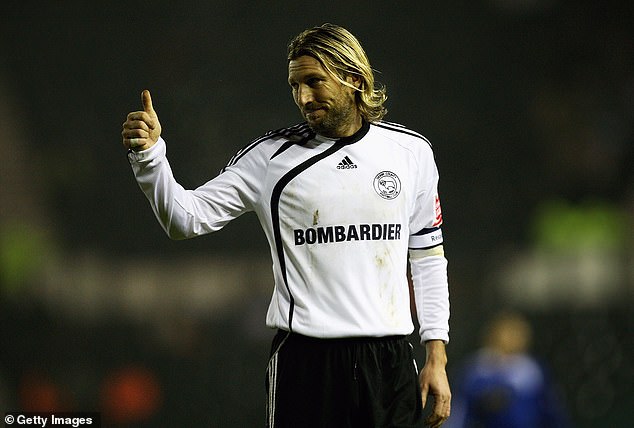