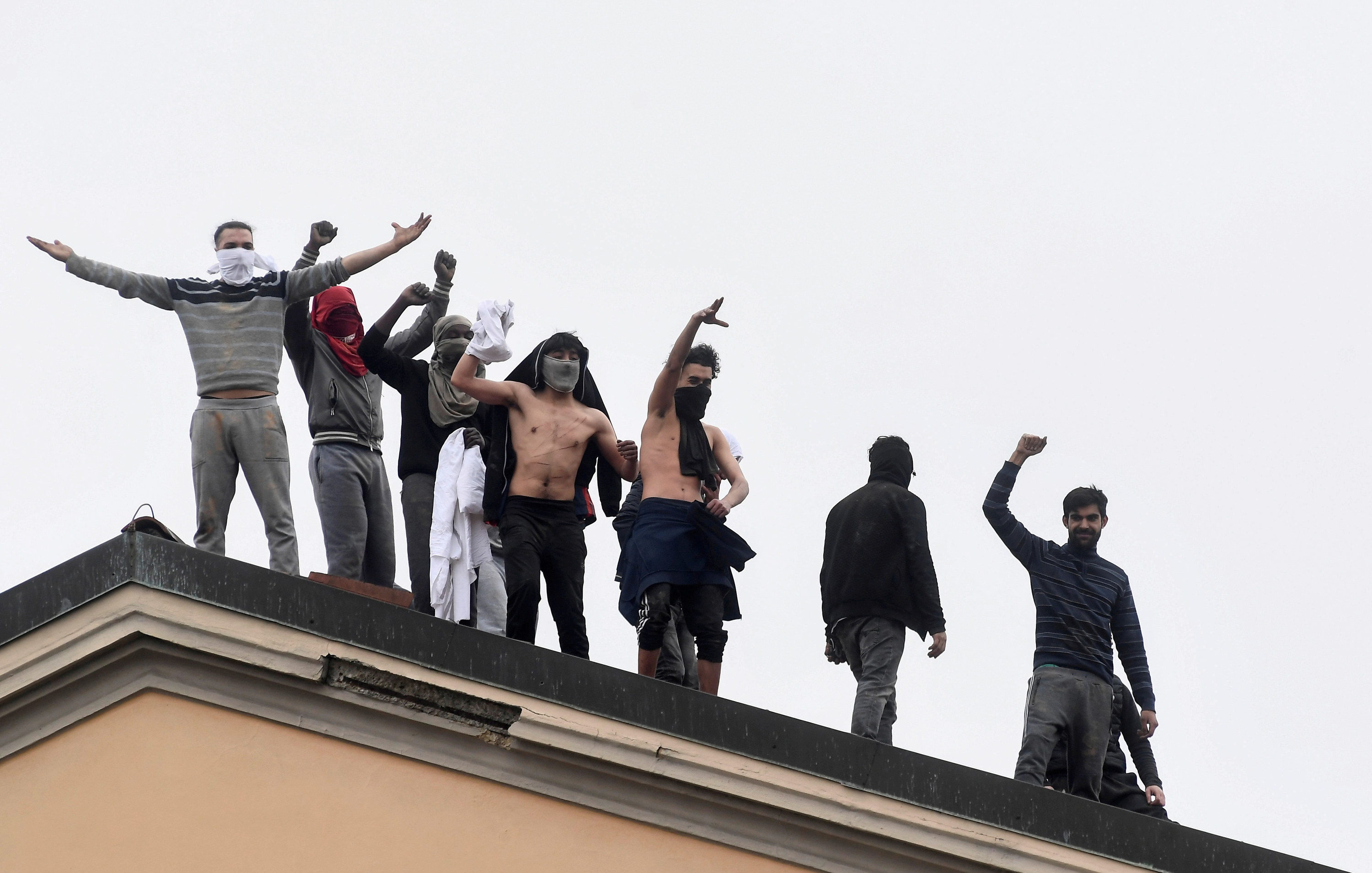 Inmates on the roof of Milan’s San Vittore Prison during a revolt.

Six people have died after violent protests broke out in prisons across Italy following new restrictions on seeing family members due to the coronavirus outbreak.

All six deaths were the result of a riot in a jail in the city of Modena on Sunday.

At least two prisoners died after overdosing on methadone looted from a prison infirmary, Italian news agency ANSA reported, but the Associated Press quoted a penitentiary police union chief as saying all the deaths were due to overdoses. 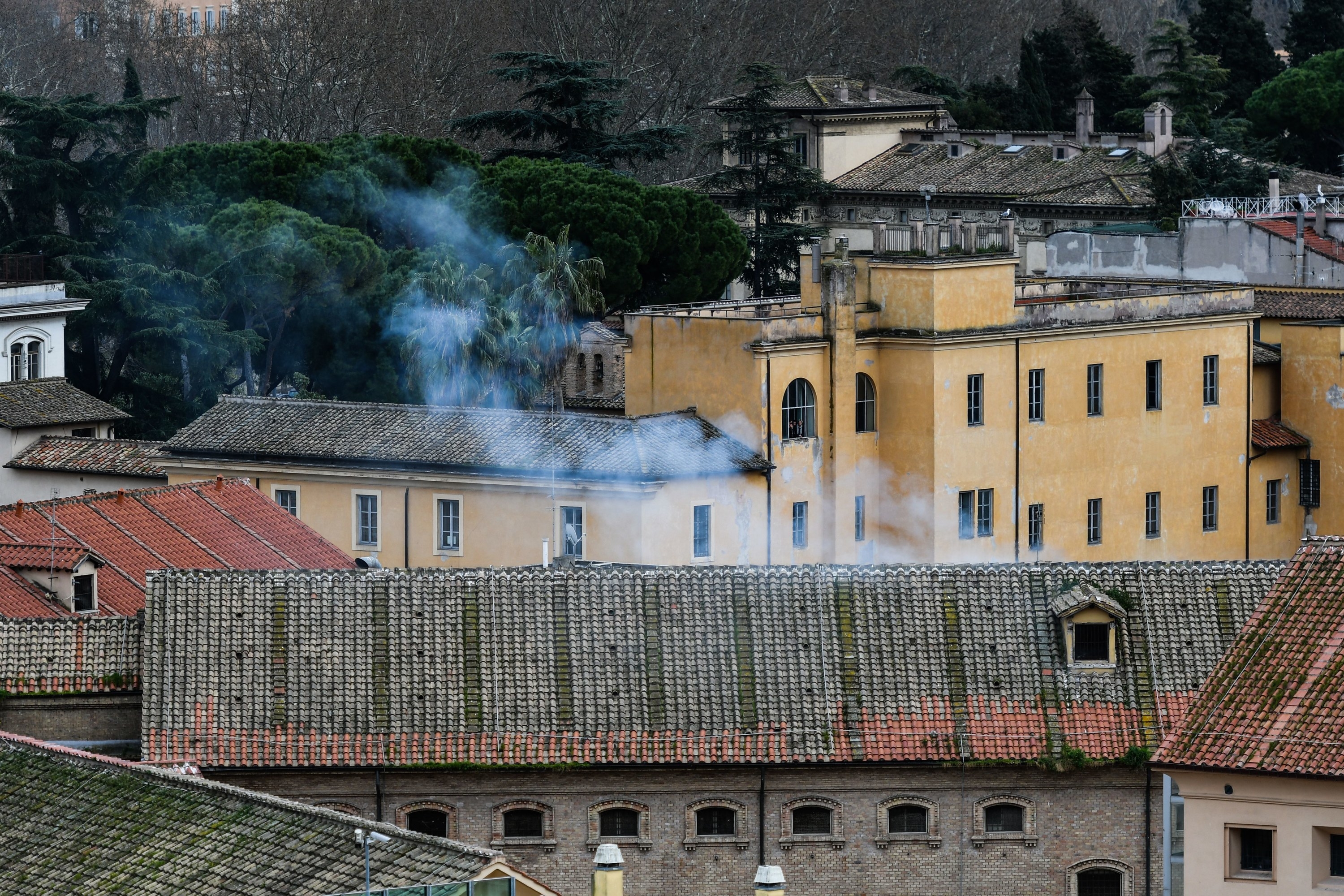 Smoke rises from the Regina Coeli prison in central Rome on March 9.

Italy has just introduced sweeping restrictions to counter the spread of the novel coronavirus, with 16 million people in the country’s north effectively under quarantine, and schools, universities, museums, cinemas, and swimming pools all closed.

China aside, Italy has had more deaths from COVID-19, the disease caused by the coronavirus, than any other country.

Total cases and deaths by country.

ANSA said that riots broke out in 27 Italian prisons after all family visits were suspended and inmates were told they could only speak to visitors on the phone or via Skype.

In Foggia prison, in the country’s south, 20 prisoners broke out during a riot, while fires were reported in Rome’s two prisons. 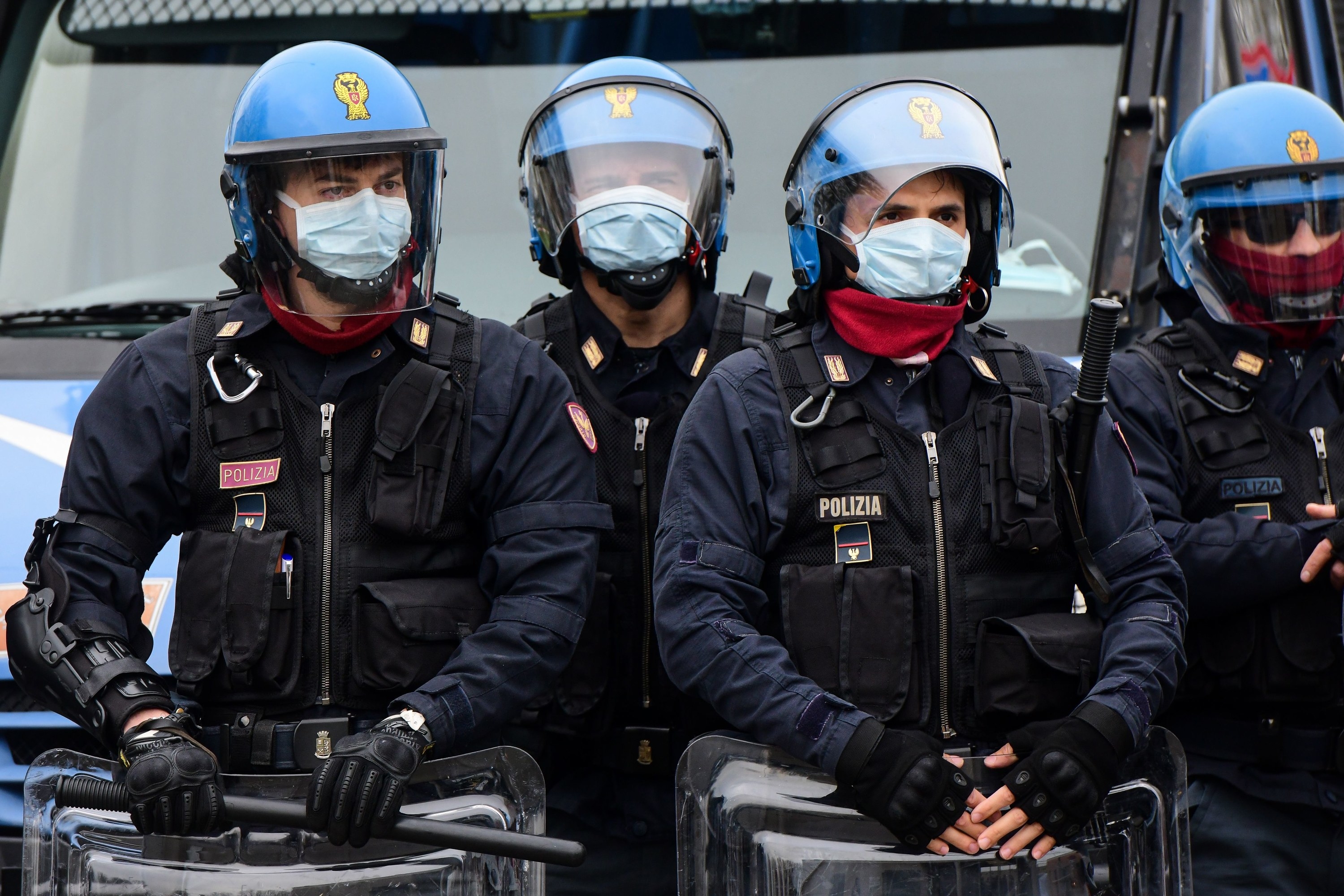 Riot police officers stand guard following a revolt of prisoners at the Sant’Anna prison in Modena.

Italian Prime Minister Giuseppe Conte said Monday his government would use all “human and economic resources” to contend with the coronavirus outbreak.

“We will not stop here,” he told Italian newspaper La Repubblica. “We will use a massive shock therapy.”