Syrian football supporters came up with a novel way to support their team when their league resumed at the end of May.

After the coronavirus outbreak in the middle eastern nation, the football season finally restarted last month – with matches in the Syrian Premier League taking place behind closed doors.

They did not have the ability to support their team inside the stadium, but fans found another perch to cheer on their favourites. 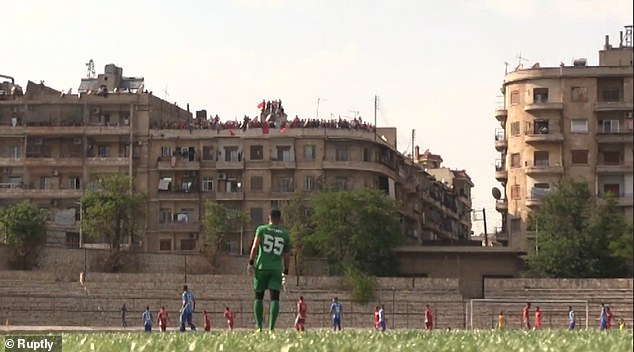 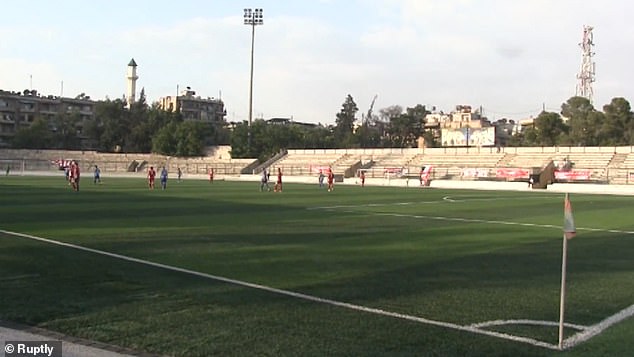 Instead of gathering inside the ground, they instead stood on the roof of a nearby building to get a view of the pitch.

Holding flags and waving banners in support of their players, they cheered when one of the team’s stars scored.

They could also be heard singing for their players as they looked to inspire them to victory despite being unable to get any closer. 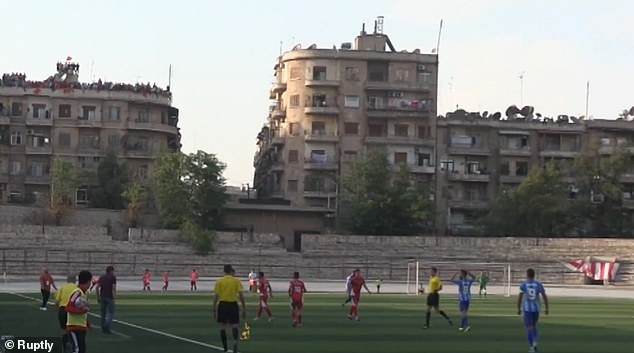 Instead, supporters have been gathering at the top of buildings overlooking pitches 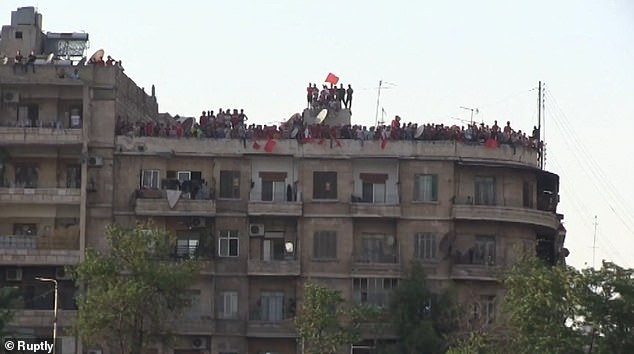 The Syrian Premier League was suspended for two months as the nation battled the global pandemic.

There was an expectation that the country would be hard-hit by COVID-19 due to the ongoing civil war and difficult humanitarian situation.

They introduced a curfew and significant restrictions on movement between provinces as a method of battling the disease.

The nation has suffered just six deaths and 144 confirmed cases, although a lockdown has been imposed on Ras al-Ma’ara to avoid a further outbreak. 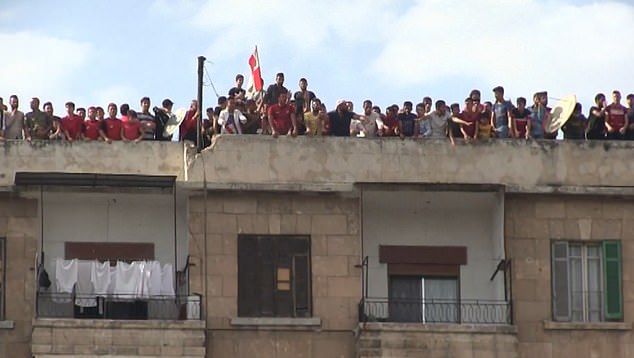