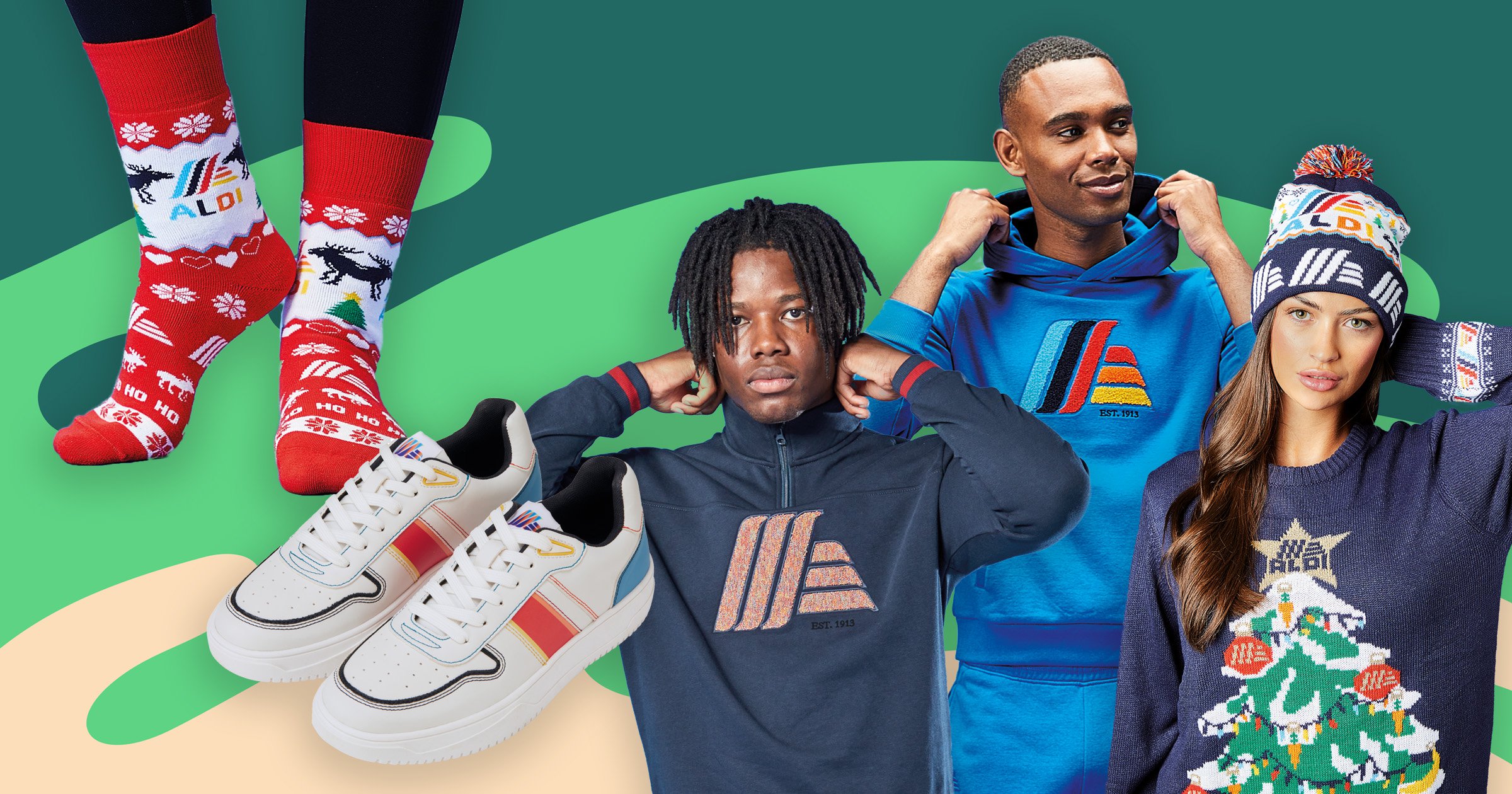 The Aldimania range of casual sportswear went on sale online, to pre-order, today at 8am. The full range will be available in stores from this Thursday, November 24, but are limited edition and expected to sell out within hours of hitting the famous middle aisle.

More than 47,000 people reacted to the news, with over 9,000 on Twitter and 35,000 people on Facebook commenting on the budget supermarket’s latest launch.

The range includes Aldimania trainers for men and women, for just £14.99 – which look uncannily similar to trendy Adidas originals.

The supermarket even cheekily retweeted a tweet from a fan who called the range ‘Aldidas’ adding: ‘@ our lawyers, he said it not us.’

A previous Aldi Originals range last year, which proved popular among celebrities including Tommy Fury, sold out in just hours.

A spokesperson from Aldi told Metro.co.uk: ‘With the festive season just around the corner, we wanted to give Aldi shoppers something to smile about – and also prove that you don’t have to break the bank paying high-fashion prices to look and feel the part.

‘We have an incredible fan base at Aldi, with many shoppers who love our products because of the fantastic quality and low prices we offer, so the success and popularity of the range didn’t come as a huge surprise. However, nothing could have prepared us for the speed at which it sold out.

‘We are expecting this range to be extremely popular, and as with all Specialbuys once they’re gone, they’re gone – so we’d advise shoppers to be quick to avoid disappointment!’

More than 79,000 customers trying to get onto the Aldi website from 4am last Thursday while others physically stood outside the shops before daybreak to snap up the Kevin the Carrot plush toys.

The demand soared after Kevin the Carrot starred in the popular budget store’s latest Christmas ad for the seventh year running – this time, joined by his family for the Home Alone-style storyline.

Fans likened getting one of the plush range as ‘the equivalent of getting Glastonbury tickets.’