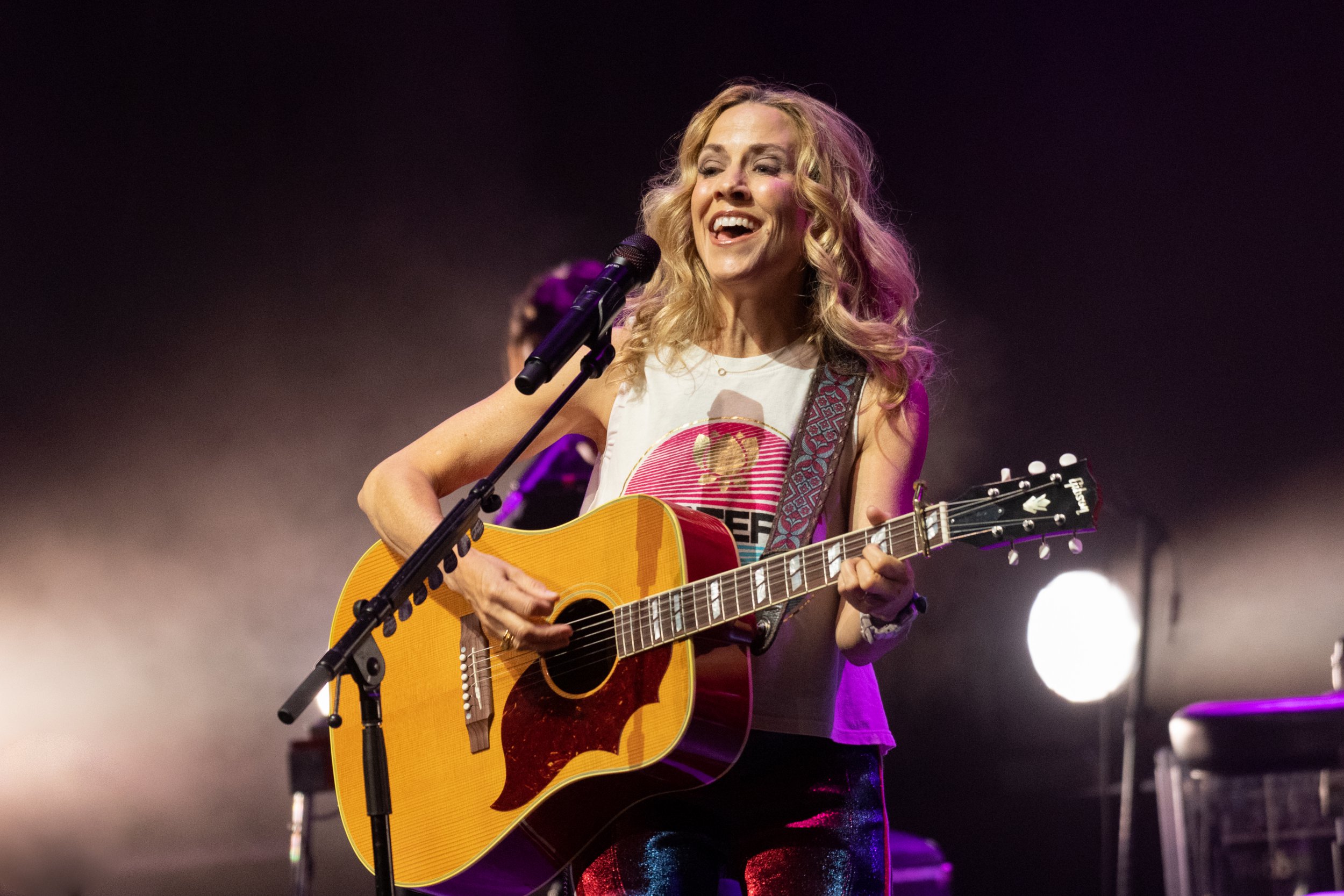 Even currently active, high-achieving artists can feel the need to brush up on their playing, because the recording/touring/promoting cycle steamrolls everything in its wake – especially cherished older songs.

It’s something Sheryl Crow had to address in the run up to her solo, multi-instrumental show, which streams globally today.

‘Throughout the quarantine, while my kids were sitting in front of their computers doing school, I found myself practising,’ she tells Metro.

‘I wound up relearning a lot of songs that I hadn’t done in years. My kids were like, “Why are you playing the guitar?” And I had to explain to them it was actually something I liked doing. And, just like their piano lessons, which they hate, if I do it more and more, I get better and better.’

Yes, even three decades on and with eight top 10 albums to her name, Sheryl is talking not just about playing for pleasure again, but technical proficiency, too.

‘I play bass or piano on a lot of these songs and the album comes out and off we go [on tour], so to sit down and get them in stellar shape – songs like Crash And Burn, that we don’t even do live – and be able to talk about what inspired the moment of writing a song like that and to trace it through 30 years of touring and living, was really emotional for me. It was a bit like doing an autobiography.’

The Songs & The Stories features around 15 songs and was pre-recorded at her home near Nashville, in a meditative, chapel-like building filled with antique curiosities.

She wanted to create ‘a place to go and listen, as opposed to a place where I go and work or write. I found that sitting in that church and being able to incorporate some things I’ve never done, like using drum loops and the ability to record myself and play with myself, was really challenging. But it also created something I’ve never done, which was play songs that are deep within the catalogue and talk about why I wrote them.’

On the set list is Everyday Is A Winding Road, which Sheryl wrote about Paul Hester, the Crowded House drummer who took his own life in 2005.

She and her band supported them on tour around the release of her first record and she remembers their time together fondly.

‘It touched me profoundly because I’m a person who knows the depths of depression and how difficult it is sometimes to pull yourself out. That song was about fragility, that we’re all trying to find our way.’

All I Wanna Do, Sheryl’s megahit of 1993, also gets an airing, though she jokes that without her manager’s plea ‘it would not have seen the light of day’.

She explains: ‘I have to say that for a long time I didn’t enjoy playing All I Wanna Do every night, but what happens when you get older is that dissatisfaction with life sometimes gets replaced with gratitude. Although that sounds really hokey, it’s what’s happened with me.

‘I’ve gone through transitions in my life that were really public and I’ve come out the other side just being really grateful that I had a song that took me to Russia, Asia and all over South America and that people who didn’t have English even as a second language were trying to sing along with it.

‘There’s real glory in that, real wonder… not just at the power of music but also why a song captures a moment in countries that don’t even touch each other. It’s too much for my brain to even absorb.’

The Songs & The Stories streams tonight at 8pm.