That was how long it took for Christian Benteke to open the scoring – and with nothing to play for but a bit of pride, you just knew the home team were never going to hit back and deny their opponents all three points. 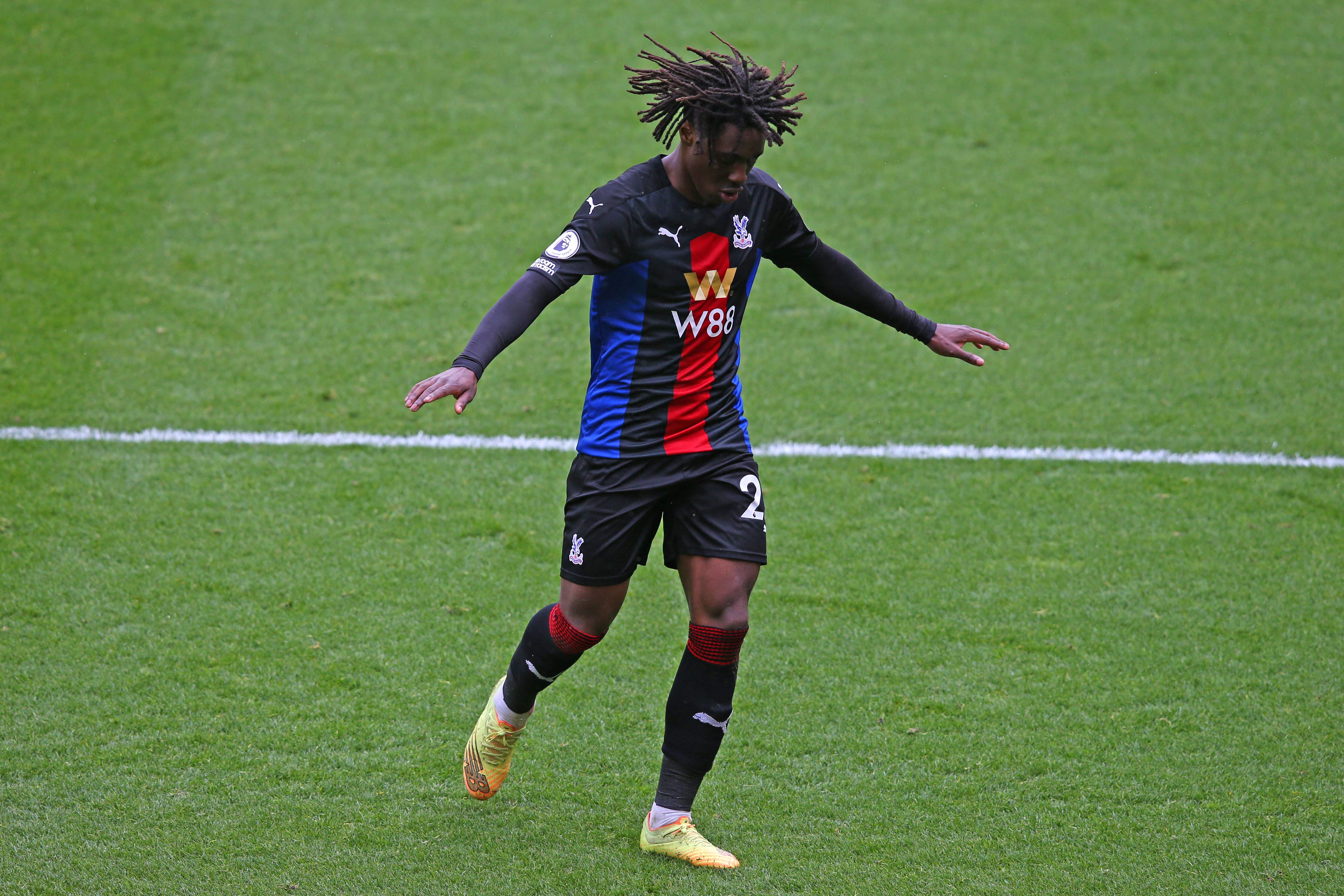 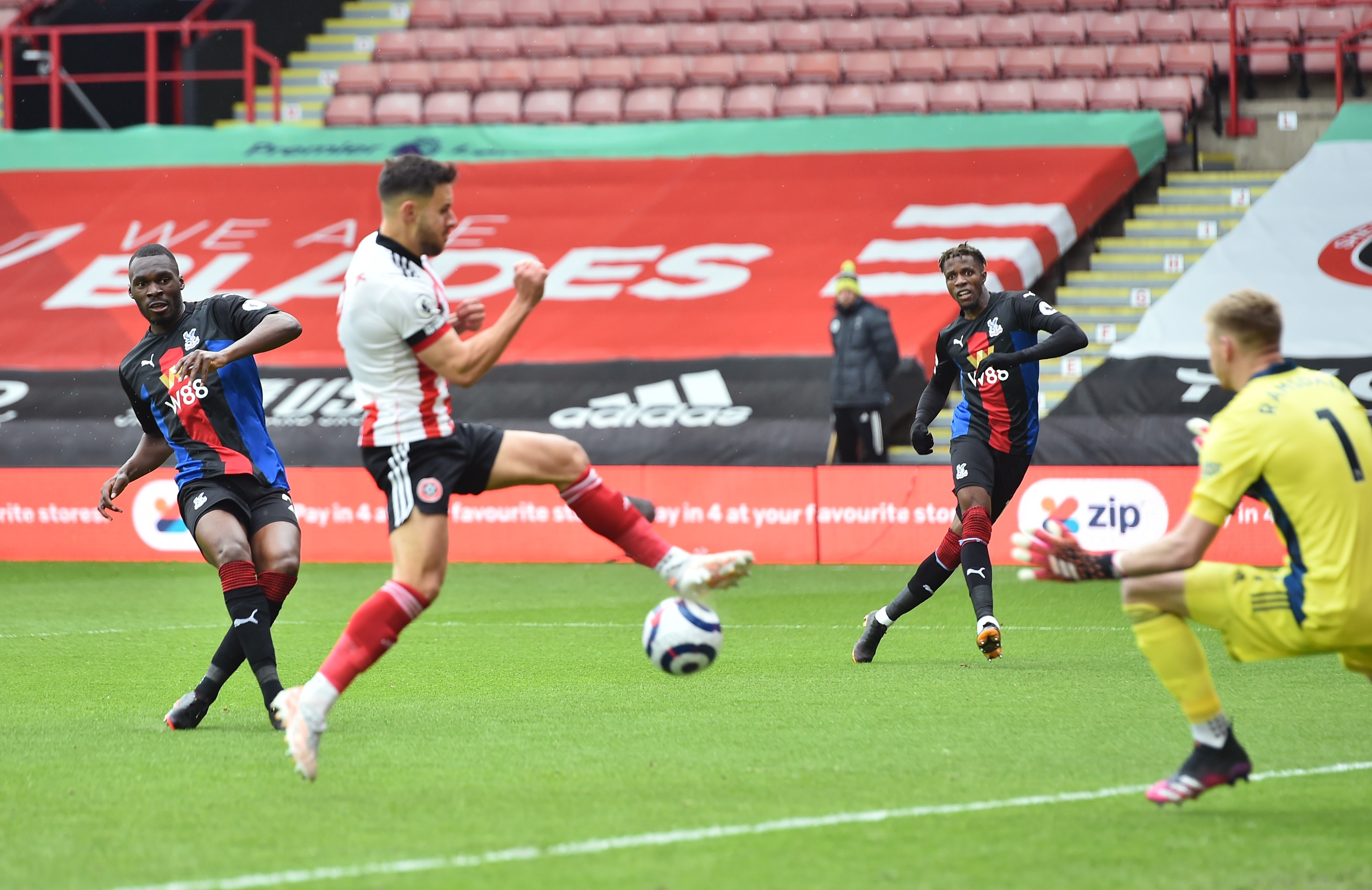 Sure enough, Palace ran the show throughout, and the outstanding Eberechi Eze put a deserved gloss on the win with an 88th minute clincher.

If their finishing had been more clinical, they would have made their goal difference look a lot more healthy, in addition to moving 14 points clear of 18th placed Fulham, who only have four games to play.

But the Eagles needed a fair bit of help from the home side, with both goals taking big dfelections.

The first arrived after United gave the ball away in midfield, and Eze skipped last Blades skipper John Egan with contemptuous ease before sliding the ball through to the unmarked Benteke.

He dithered before pulling the trigger, which allowed George Baldock to throw himself in front of the ball – only to see it spin off his body past the stranded Aaron Ramsdale.

But Benteke’s weak attempt would have been on target, so it was his goal – and it represented the sort of ‘riches’ he has not enjoyed since he bagged twenty goals in the first of his five seasons with Palace.

This was his seventh Premier League strike of the campaign – and he had managed just six in the previous three seasons combined.

It also came in his 100th top flight start for Palace. Happy days!

Palace had to wait another 86 minutes for their second, as Eze beat two men on a dazzling fifty yards run. He hardly had enough energy left for hsi shot, but his scuffed effort bounced off John Fleck and lopped into the net.

Actually, a Palace victory probably was not a formality despite that scorching start, considering their dire defensive record away from Selhurst Park.

The Eagles had managed just one clean sheet on their travels in their last twenty Premier League outings, and that was against Arsenal in January – and these days the Gunners tend to prove a soft touch most of the time.

That suggested Palace needed at least one more goal to be safe.

But even though the first half resembled a training run as they monoloised possession, it looked as if they might need a bit more help from the Blades to add to their account.

Andros Townsend sent a free kick cannoning off the edge of the defensive wall, and the deflection wrong-footed Ramsdale, who was pleased to see it spin just wide of the target.

But he was not half as relieved as Chris Basham, who must have thought he had put the ball into his own net when he threw himself in the way of a superbly struck volley from Luka Miliovejic.

Ramsdale came to his rescue with a good low stop, while the United keeper then pulled off a world class save to plam away Benteke’s point blank header. And he later denied substitute Jordan Ayew with an acrobatic dive.

The home team’s best early effort also came from a deflection, as Cary Cahill’s block sent a Sander Berge shot looping past Vicente Guaita. But that also landed just beyond the far post.

Egan lifted a half volley over the bar and bloated another shot into the side netting as the Blades improved – slightly – after the break, and forced a couple of corners.

But otherwise there was more evidence to show why Benteke’s goal return has been so mediocre in recent years.

He headed a Joel Ward cross over the bar, and then sent a shot thundering against the near post after muscling Jon Fleck off the ball on the edge of the box.

The unmarked Wilfried Zahha was disgusted his team-mate had not squared the ball to him instead, and he had a point.

That is more than you could say for the Blades, who have now lost 28 times this season, 13 of them at home – both one away from the all time Premier League records.

And they still have three games to go….