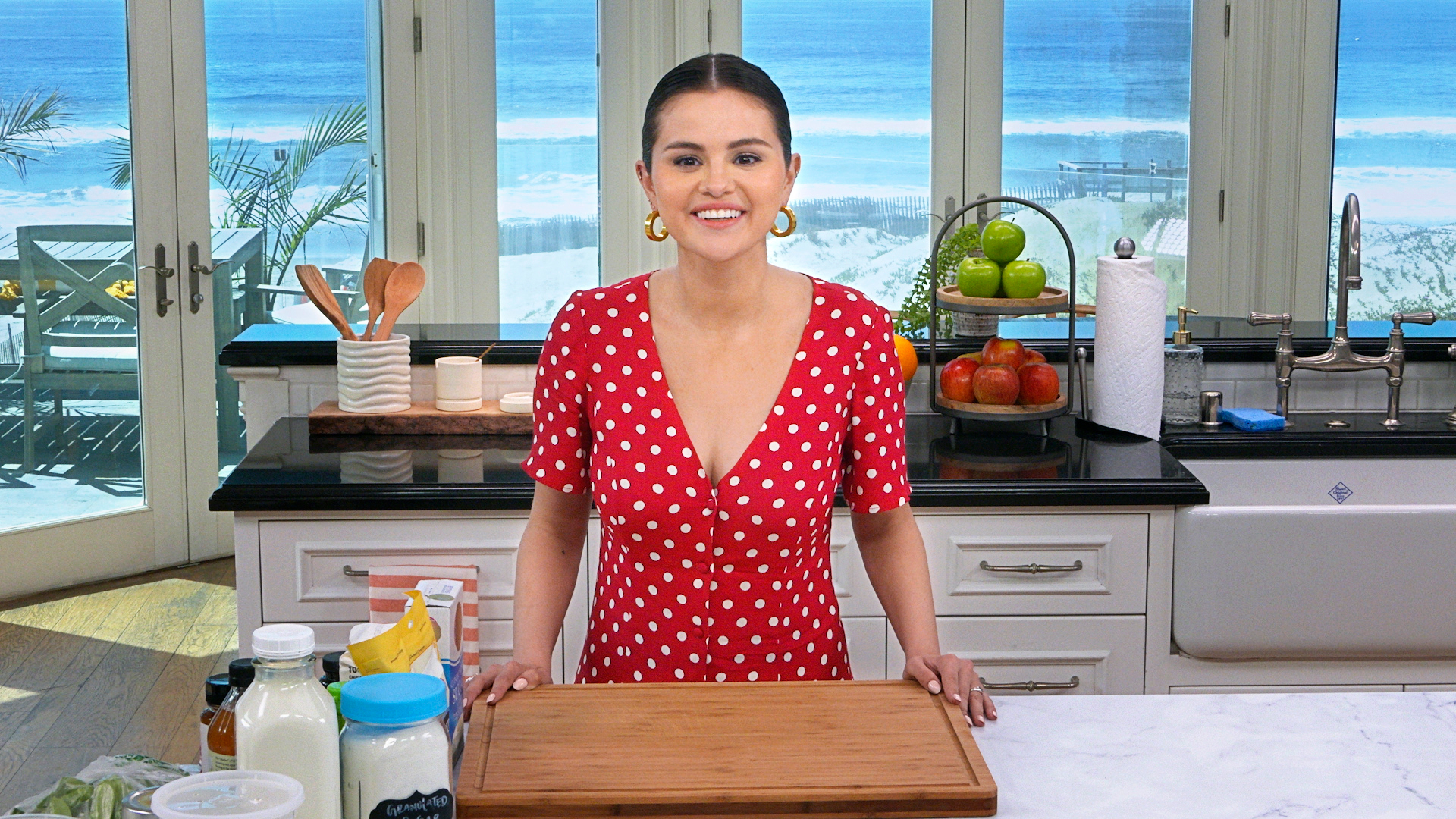 Trying to impress! While Selena Gomez learns to up her cooking skills on Selena + Chef, her attempts have gained attention from prospective suitors.

“One time a cute guy texted me because he saw the show,” the Disney Channel alum, 30, admitted during a season 4 episode of her HBO Max cooking series, which dropped on Thursday, August 18. “And then he never took me out on a date. I was like, ‘Was that a good thing or a bad thing?’”

Guest chef DeVonn Francis told Gomez that he thought said cute guy was just “intimidated” by the singer, which is why he ended up ghosting her. “I receive that, thank you,” she replied during the episode.

The Brooklyn-based cook and activist, 29, further offered her some helpful dating advice while they made a banana cake and roasted snapper, noting she needs to find a partner who will “meet you where you are.”

While her mystery DM slider turned out not to be The One, the Only Murders in the Building star quipped that she hoped her season 4 performance on the cooking series would help her dating game. 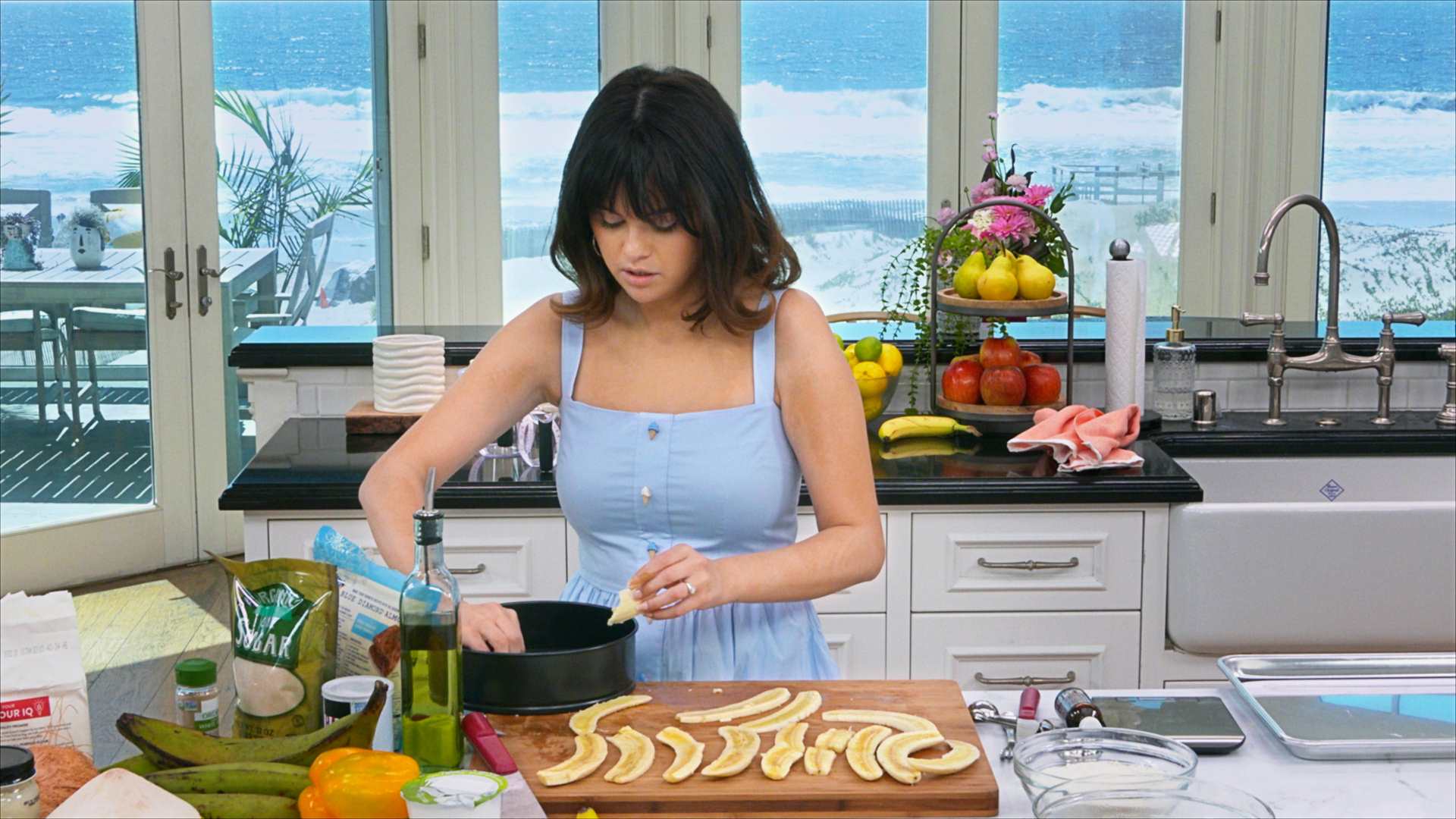 “Oh, am I getting a little cocky?” Gomez jokingly quipped while thinly slicing bananas horizontally with intense precision. “[Any] future baby daddies out there?”

The “Bad Liar” songstress — who filmed the latest installment of Selena + Chef at the same beach house used in Hannah Montana — has been single despite sparking dating speculation with Andrea Iervolino.

“Selena and Andrea are just friends,” an insider exclusively told Us Weekly earlier this month after the Rare Beauty founder and the film producer, 34, were spotted on a yacht together in Italy. “She’s dating and is keeping her options open with a few guys.”

While Gomez and Iervolino have a purely platonic connection, she has previously been candid about her desire to find her dream man.

“I hope to be married and to be a mom,” Gomez told pals Raquelle Stevens and Amy Cook during an August episode of “Giving Back Generation” about her future hopes. “Eventually, I’m going to be tired of all of this [in the spotlight], so I’m probably just going to devote most of my life to philanthropy before I peace out.”

She continued: “I want a husband and I want that kind of touch. I think my love language would have to be physical touch and acts of service. The older I’ve gotten the more I really appreciate that. … I went and hung out with someone who was a bit older and it was just so wonderful. It was like being taken care of in a way. Being like, ‘Are you comfortable? Do you need a blanket?’ Just very sweet things. And I was like, ‘I’m fine, I don’t need anything.’ But it was just so kind and I don’t feel like a lot of people are like that anymore.”

The Wizards of Waverly Place alum also shared her dating red flags, including a man who has a massive ego. “I have zero patience,” she said at the time. “We are all the same people. We all s—t, we all eat … we all bleed red. That’s the way life is.”