Scott Disick, Amelia Hamlin pack on the PDA at his birthday party

Lisa Rinna: Amelia Hamlin, Scott Disick’s relationship ‘is what it is’

“Lord” Scott Disick is the king of bling.

And the Talentless founder spared no expense while celebrating his upcoming 39th birthday on Monday, even offering partygoers diamond necklaces and watches as favors.

Kim Kardashian, 40, shared videos of the elaborate gifts on her Instagram Stories, panning the camera over a table filled with sparkling swag from Luxe VVS Jewelers that appeared to include diamond chains and Rolexes.

“I’ve never heard of this before, party favors like this,” she told her followers, adding, “These are Scott’s party favors, you guys, so anyone can just walk in right here if they’re invited.”

And although it was Disick’s day, he didn’t seem to mind treating his guests to glamorous gifts.

“This is how the Lord does it,” Disick, who sported his own diamond initial pendant necklace, told Kardashian. “I’m sorry everybody else gives out candy; I give out ice, and good ice.”

Not everyone could indulge in a sweet surprise, however, as Kardashian revealed there was a guard posted at the door turning away anyone who wasn’t invited.

Partygoers wasted no time in trying on the invite-only ice — including Khloé Kardashian, 36, who modeled the VS Diamond Choker, a piece that retails for “as low as $5K,” according to the celebrity jeweler’s Instagram Story. 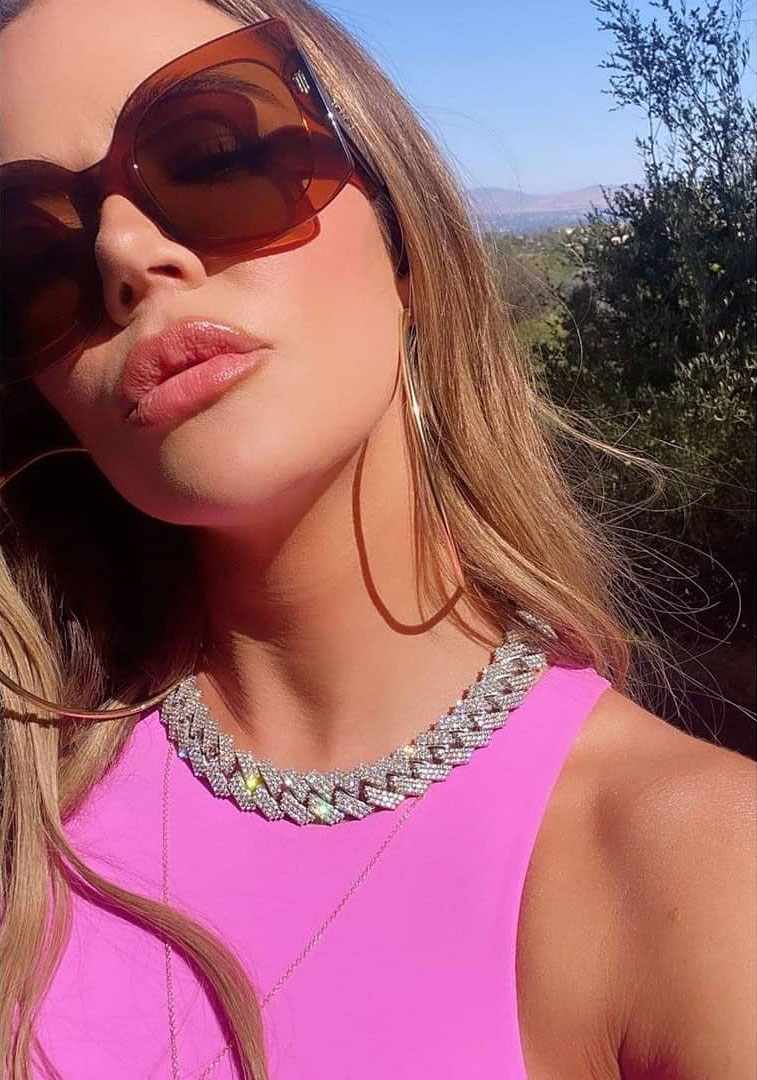 Singer Sia, on the other hand, double-dripped with a diamond-encrusted watch and “chandelier” choker, calling the blinged-out birthday her “first time being fancy” in an Instagram post.

Invitees also included the “Flip It Like Disick” star’s 19-year-old girlfriend Amelia Hamlin, who took home a diamond tennis bracelet after gifting her boyfriend a brand-new Harley Davidson motorcycle at the party.

The younger daughter of Lisa Rinna and Harry Hamlin took to her Instagram Stories to post snaps from the soirée, including one sharing a smooch with her “birthday cutie” beau.

The selfie comes days after Rinna spoke out about her daughter’s relationship, which has made headlines for its controversial age gap, saying: “It is what it is.”

Disick’s ex Kourtney Kardashian, 42, was also at the “Disick Aviation”-themed bash. While she shared a selfie with Sia on her Instagram Story, her boyfriend Travis Barker didn’t seem to be in attendance.