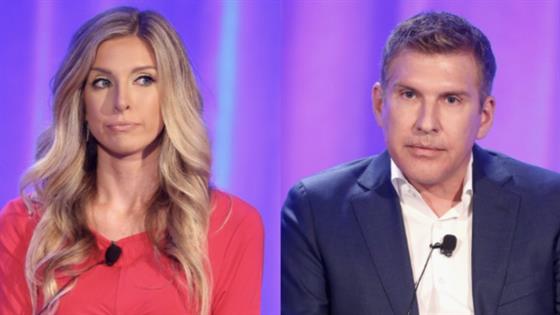 You wouldn’t be know it just by looking at him, but mere weeks ago, Todd Chrisley was hospitalized after testing positive for coronavirus—an experience that he said has given him “a whole different perspective on life.”

On an In The Room Instagram Live with E!’s Jason Kennedy, the Chrisley Knows Best star revealed that while he’s been recovering, he had an “epiphany” that inspired him to express his gratitude to his wife, Julie Chrisley, and change the way he sees the world.

“I’ve come to the realization that my life needs to be more. It needs to be about more,” Todd said alongside daughter Savannah Chrisley. “And I believe that we as a family, collectively, need to be doing more for those that can’t. And so it’s caused me to have a whole different perspective towards life.”

Todd explained that he was particularly moved by dreams he kept having while in the hospital about his late father—”I could see him holding his hand out and I kept trying to get his hand, but the closer I tried to get to his hand, the further away he would get,”—and that they brought him a strong sense of peace. He relayed this to Julie and his children, along with the notion that he no longer fears death.

“I was on the phone with my therapist after he said that,” she told Jason. “And I think for the first time I realized, I’m not prepared if something happens to one of my parents.”

“Ohh your trust fund will help you!” Todd responded, lightening the mood as per usual.

Luckily, he’s not only in a better place mentally, but physically, too.

“It was truly one of the worst sicknesses I’ve ever had,” Todd said. “This corona ho, she has got to go!”

He went on to describe some of the symptoms he experienced, and how he pretty much stayed in bed for three weeks.

Now, he’s just bored in quarantine. And the highlight of his day? Going to McDonalds for a fish sandwich. 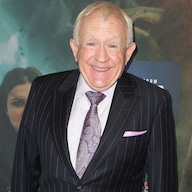 Leslie Jordan Talks Instagram Fame and His Viral Quarantine Videos on In the Room!

“Literally by the time that my family leaves this house after quarantine, for the first time since this show began, people are not gonna recognize us,” Todd said. “Botox is wearing off. Roots are showing. I mean, no one’s gonna know who the hell we are!”

Speaking of Chrisley Knows Best, while the fam obviously can’t film at the moment, Todd revealed that they shot a number of episodes before the coronavirus outbreak—and they’re going to film even more when things become safe again.

In the meantime, Nanny Faye will be attempting to learn how to gamble online.

(E! and USA Network are both part of the NBCUniversal family.)